This summer, McDonald’s Japan is releasing three beef burgers inspired by flavours of three countries. From Japan is the “Kalbi Mac,” from Canada is the “Mighty Beef Original,” and from the UK is the “Smokey BBQ.” 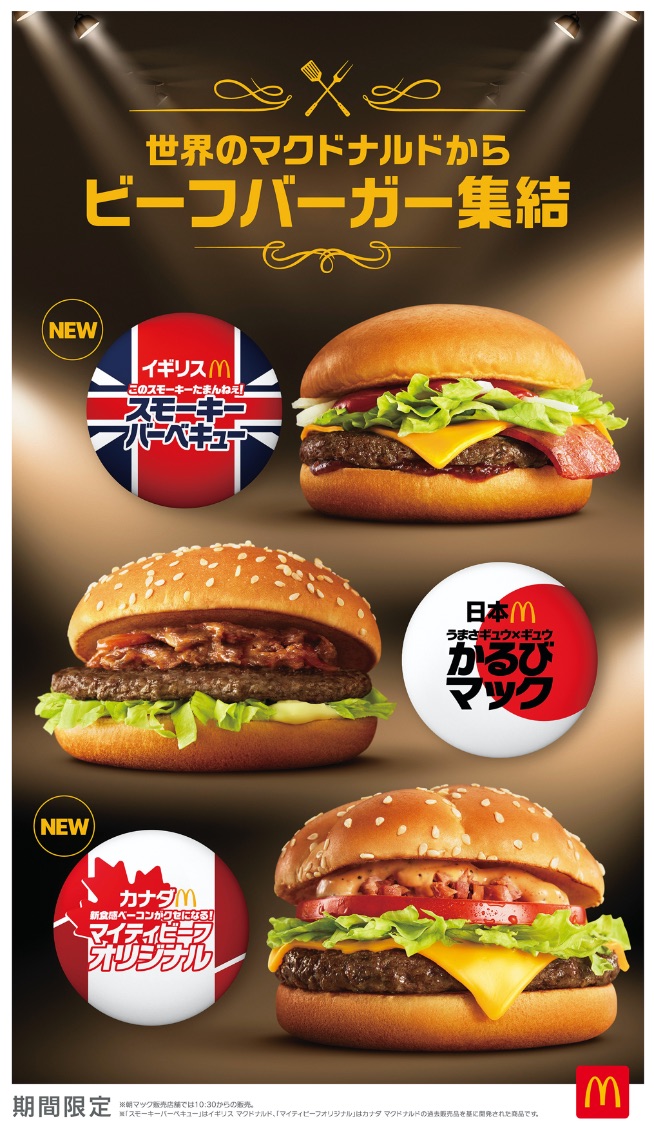 When you think of McDonald’s, the first thing that’s sure to come to mind are their beef burgers. The fast food chain has added many different burger flavours to its menu, every country around the world has its own popular style of beef burger. That’s where McDonald’s Japan got the idea for this new series of international burgers, each made using recipes from their respective countries.

Released at McDonald’s Canada, this bacon-filled beef burger is lathered in a rich sauce that has a smokey aroma and garlic punch mixed with black pepper. The salty and smokey bacon bits are what made this burger so deliciously irresistible. 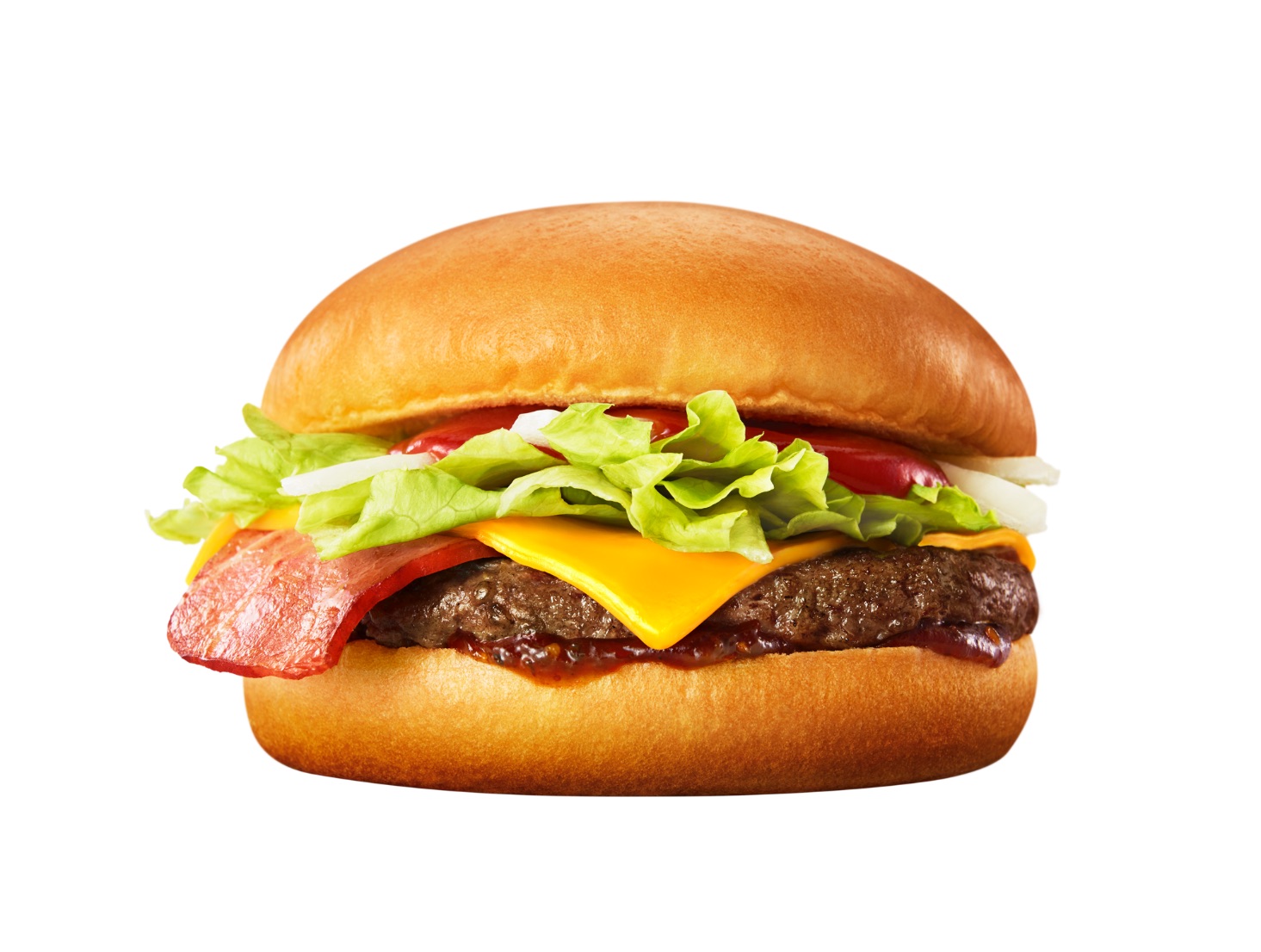 The smokey flavour is intense with this juicy beef burger which comes from the UK. It’s filled with over 10 spices, including smokey bacon, black pepper, and cinnamon. 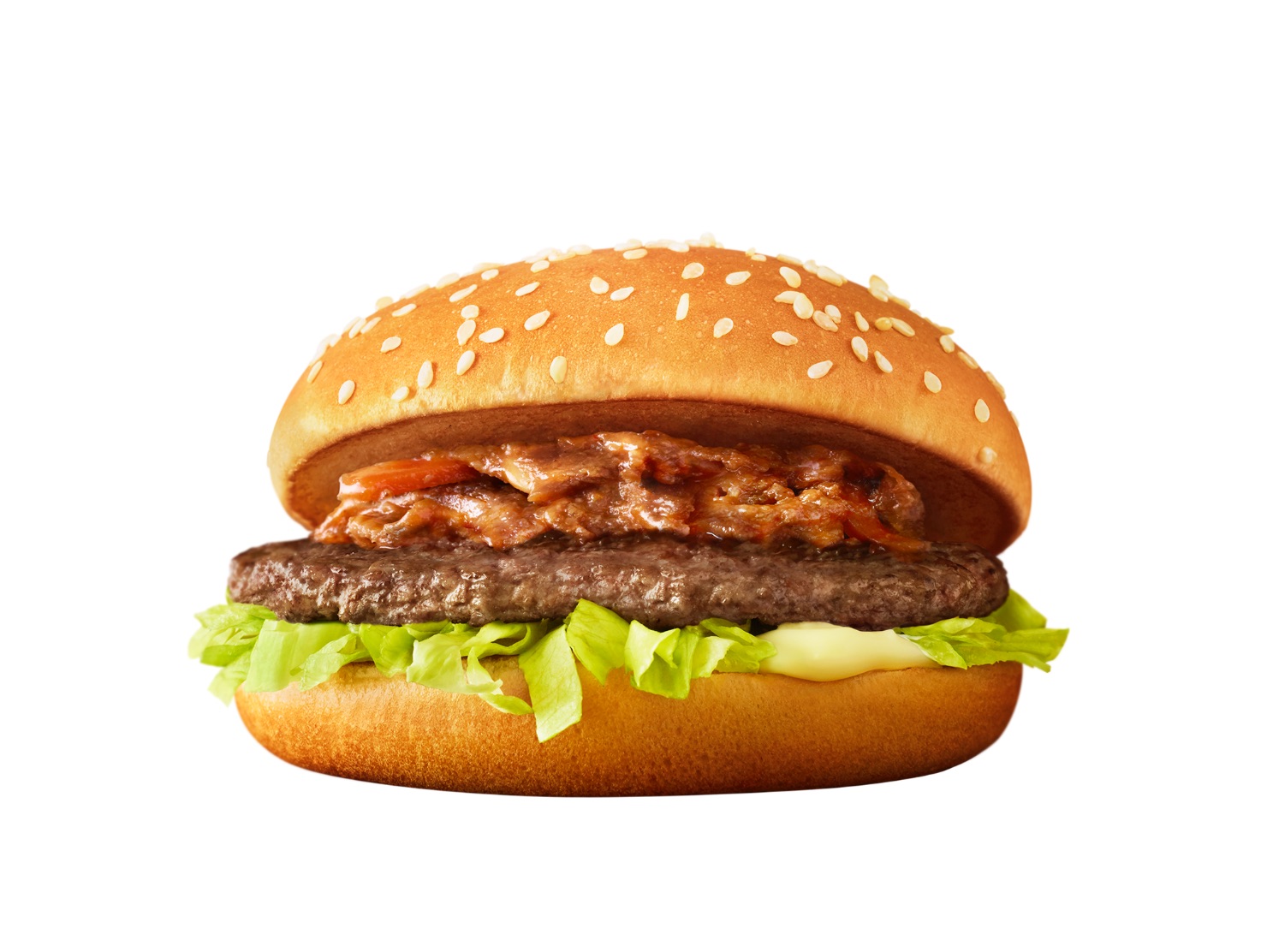 And from Japan is beef-on-beef Kalbi Mac which is filled with spicy kalbi beef and a juicy beef patty served between a sesame seed bun. The refreshing sweet lemon sauce and crunchy lettuce serve to elevate the tasty flavours of both beefs.

This is just the first three international burgers to be released at McDonald’s Japan. A new set will be released in mid-July.