Yuri!!! on ICE x Sanrio Characters Come Together at a Themed Cafe in Tokyo 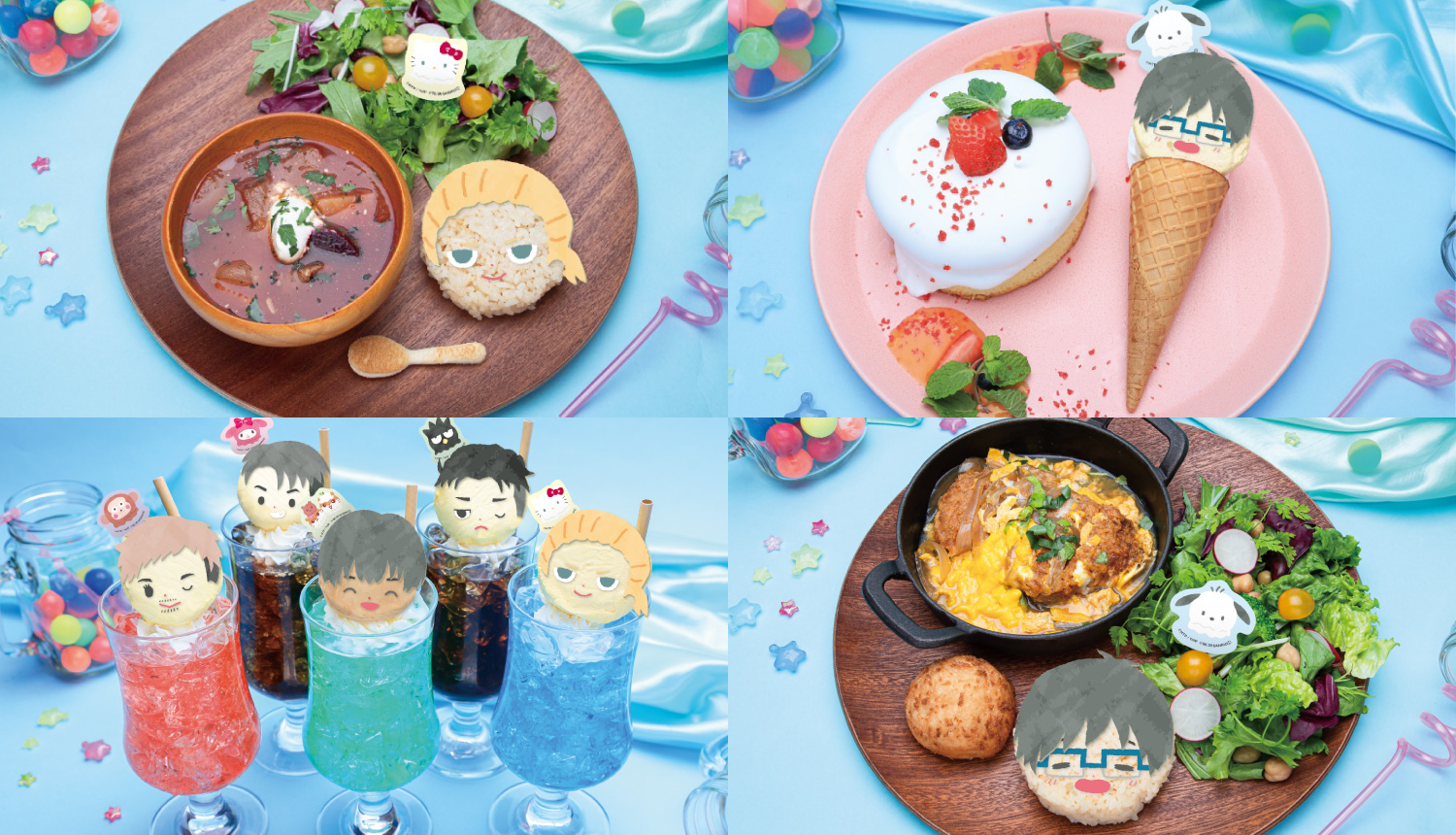 LEGS COMPANY has revealed that it is opening a Yuri!!! on ICE and Sanrio fusion themed cafe called “Yuri on Ice x Sanrio Characters Cafe 2020” in Shibuya, Tokyo for a limited time from August 6, 2020.

Yuri!!! on ICE is a sports anime series centred on figure skating. It was produced by MAPPA and directed and written by Sayo Yamamoto together with Mitsurō Kubo. The series received rave reviews from anime watchers and the figure skating community.

LEGS COMPANY brought this collaborative cafe to Tokyo and Osaka once before back in September and October of 2017. The collaboration is set to return this summer, with this year’s theme centred on an ice cream stand. The menu is made up of themed dishes, drinks, and desserts. Let’s take a look at just some of the items on offer.

A Select Look at the Menu 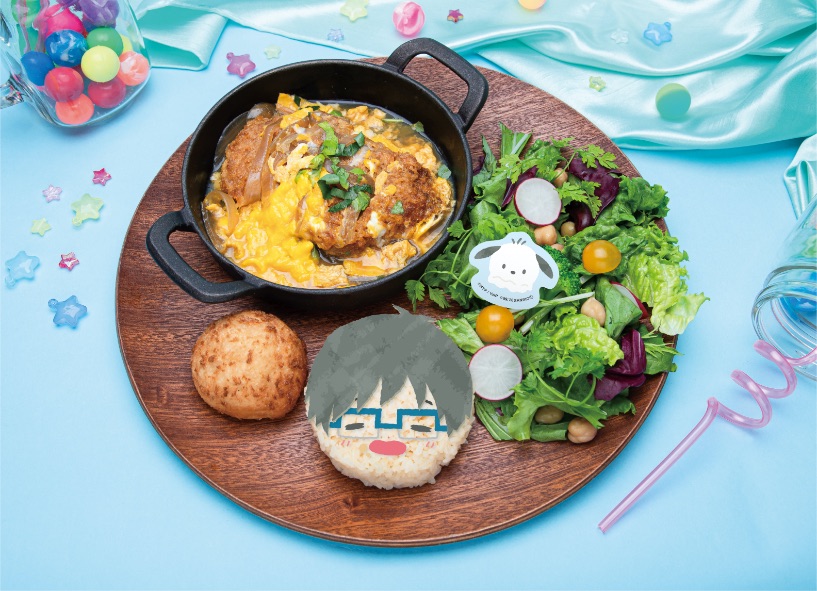 A Yuri!!! on ICE classic, this katsudon dish is served in a separated style.

Borscht is a Russian dish that appears in the show, and in this plate it’s served as a main. Enjoy together with the sour cream. 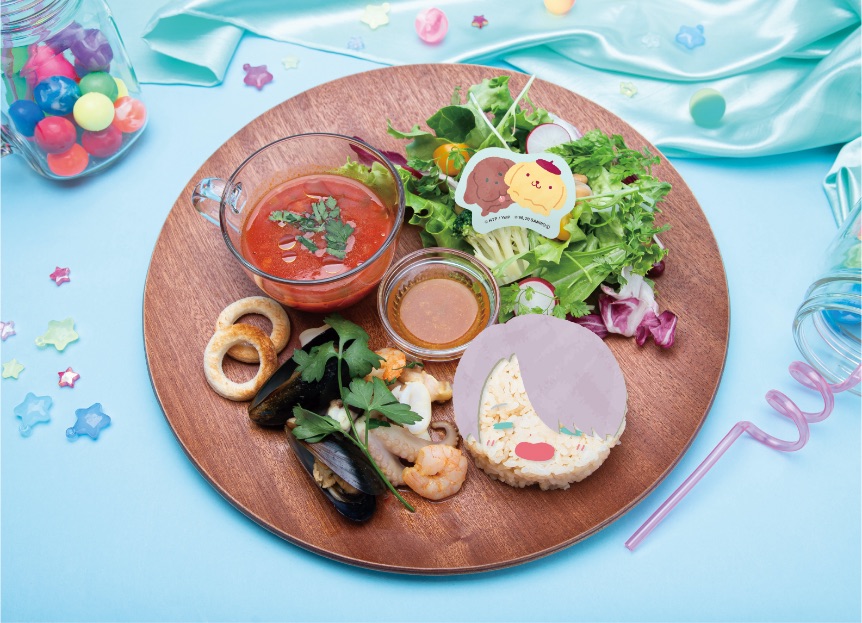 A Spanish dish that appears at the end of the show, served with fish, sauce, and a side of gazpacho cold soup. 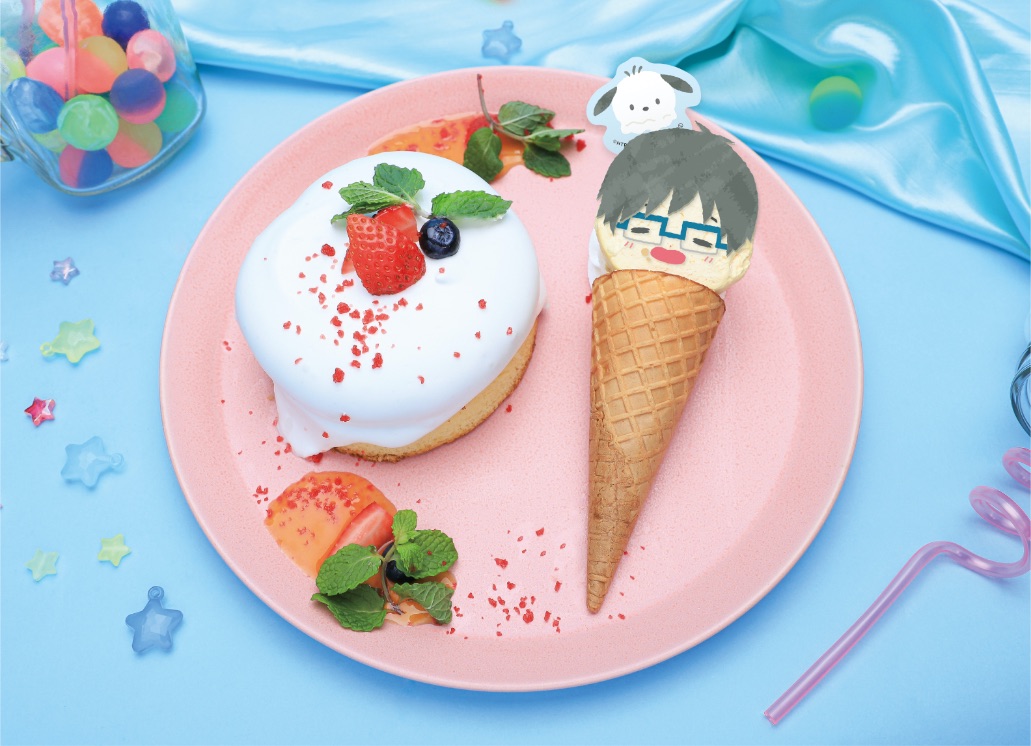 Enjoy a mix of sweet and sour flavours with a fruit and whipped cream-topped pancake and ice cream. You get to pick your favourite character for your ice cream. 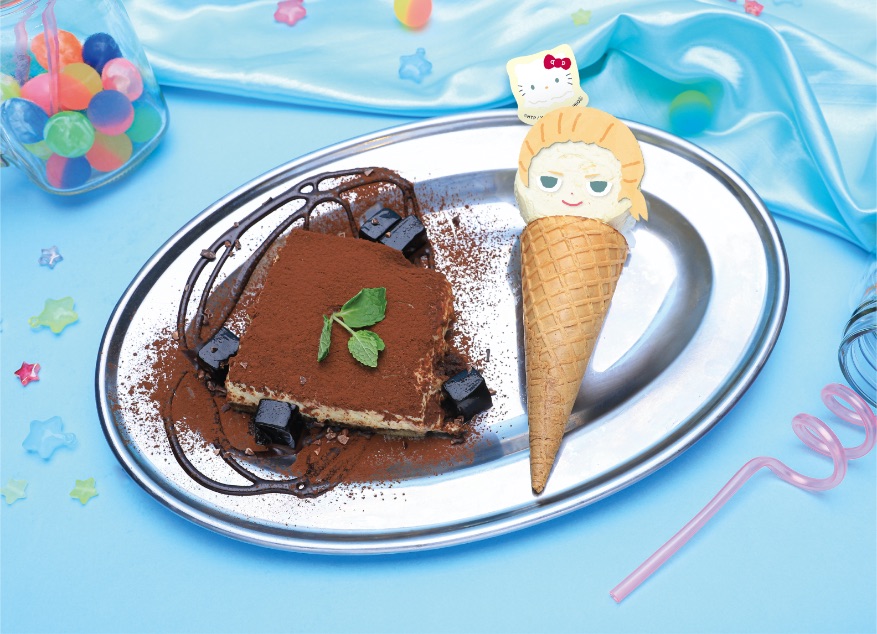 You can choose your favourite character with the bittersweet tiramisu too. 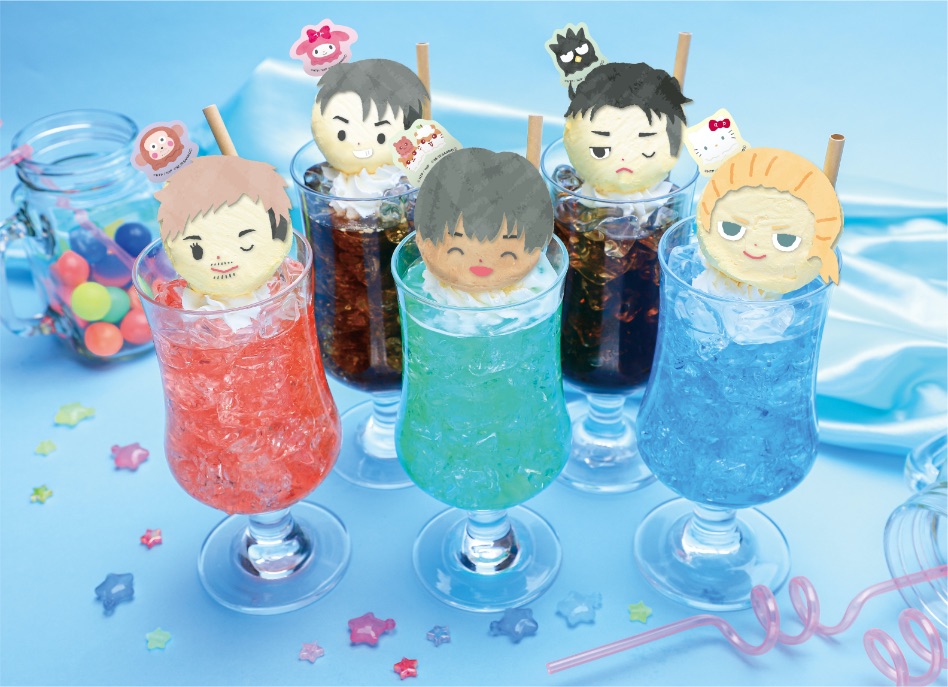 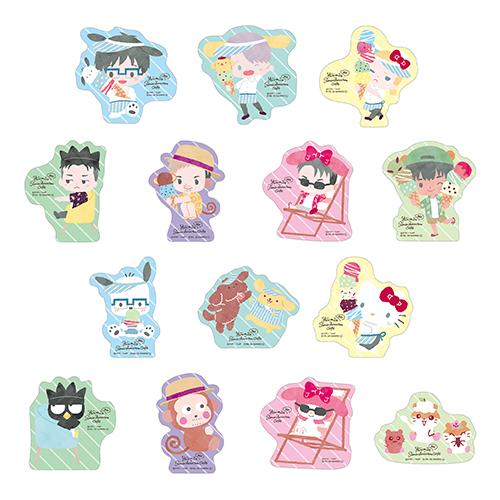 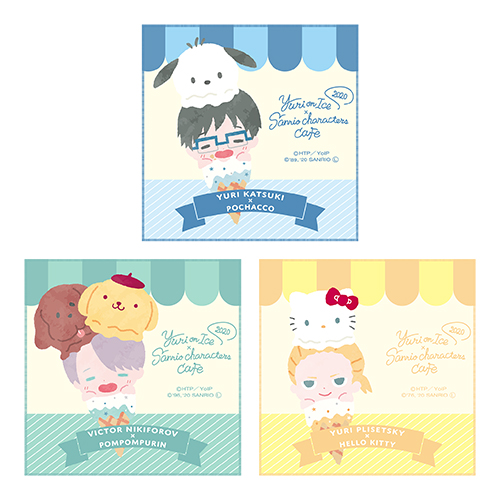 Fans can get their hands on exclusive merchandise too which is also available online in Japan. 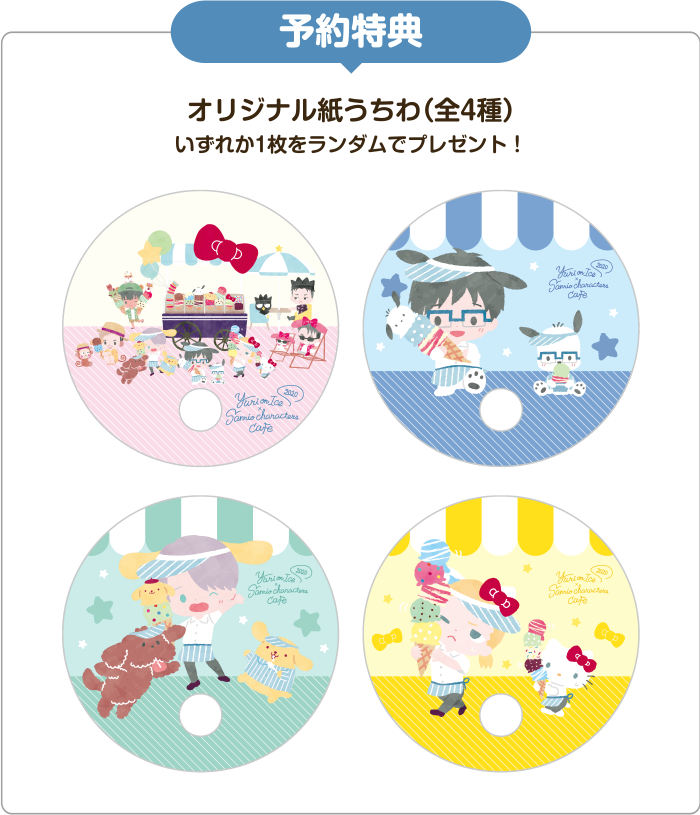 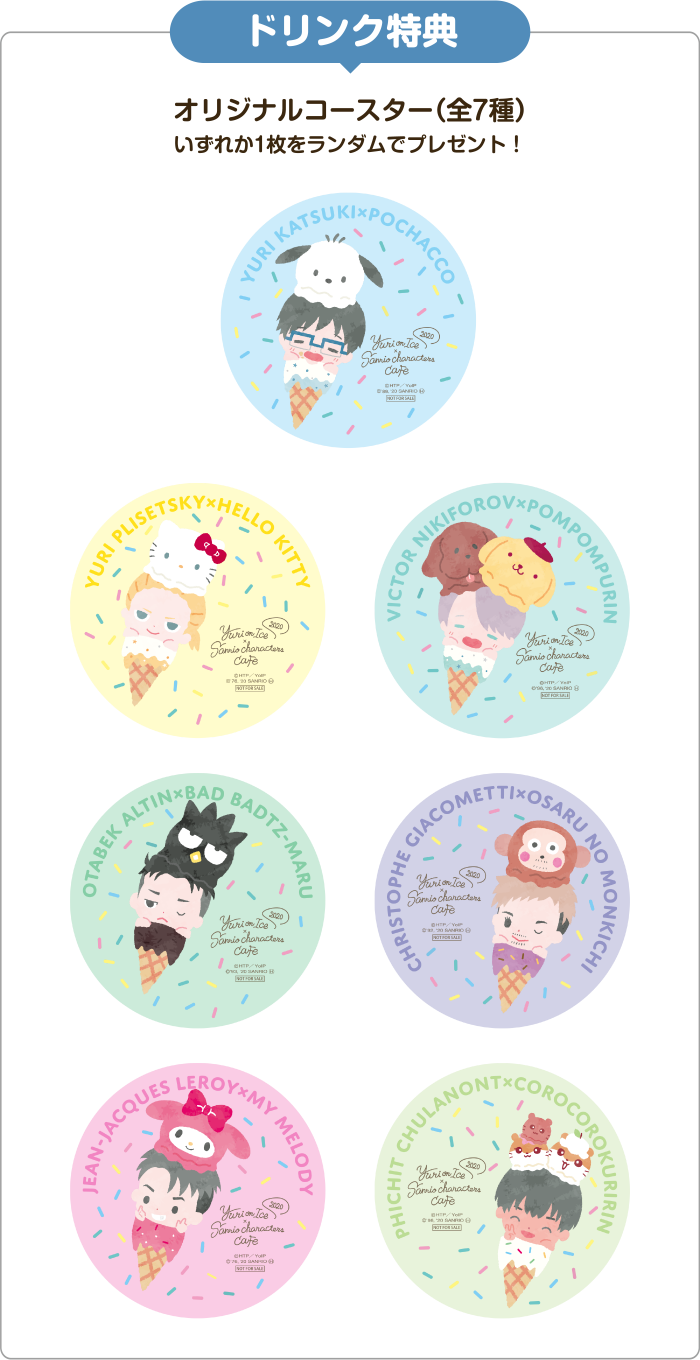 Coasters (7 Designs) *For those who order a drink only