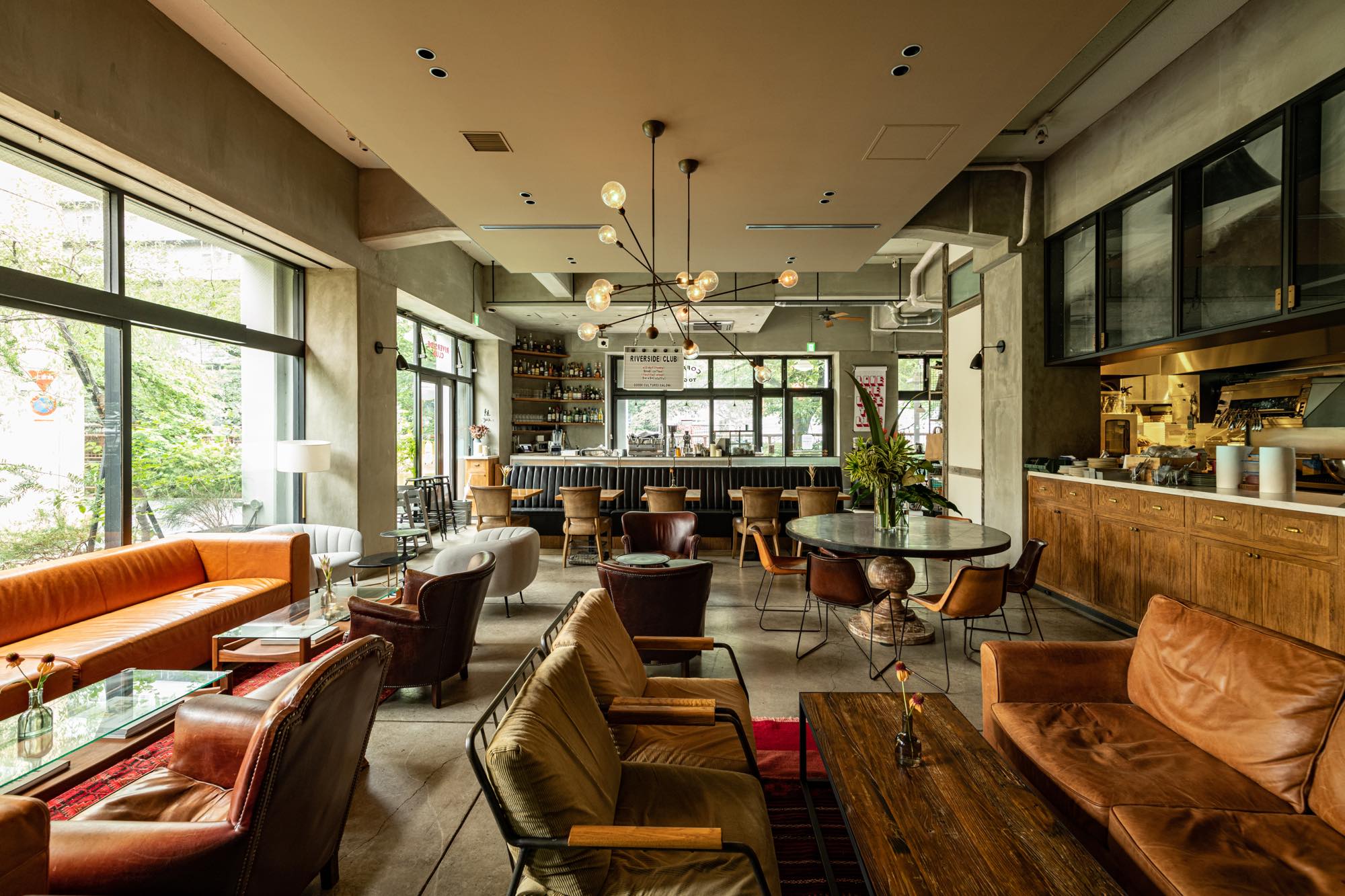 RIVERSIDE CLUB officially opened on the first floor of “THE WORKS” along Meguro River in Tokyo on July 17, 2020. An all-day lounge which can be enjoyed from breakfast to dinner, its concept is a fusion of food, art, and music cultures which it calls “GOOD CULTURE SALON.” 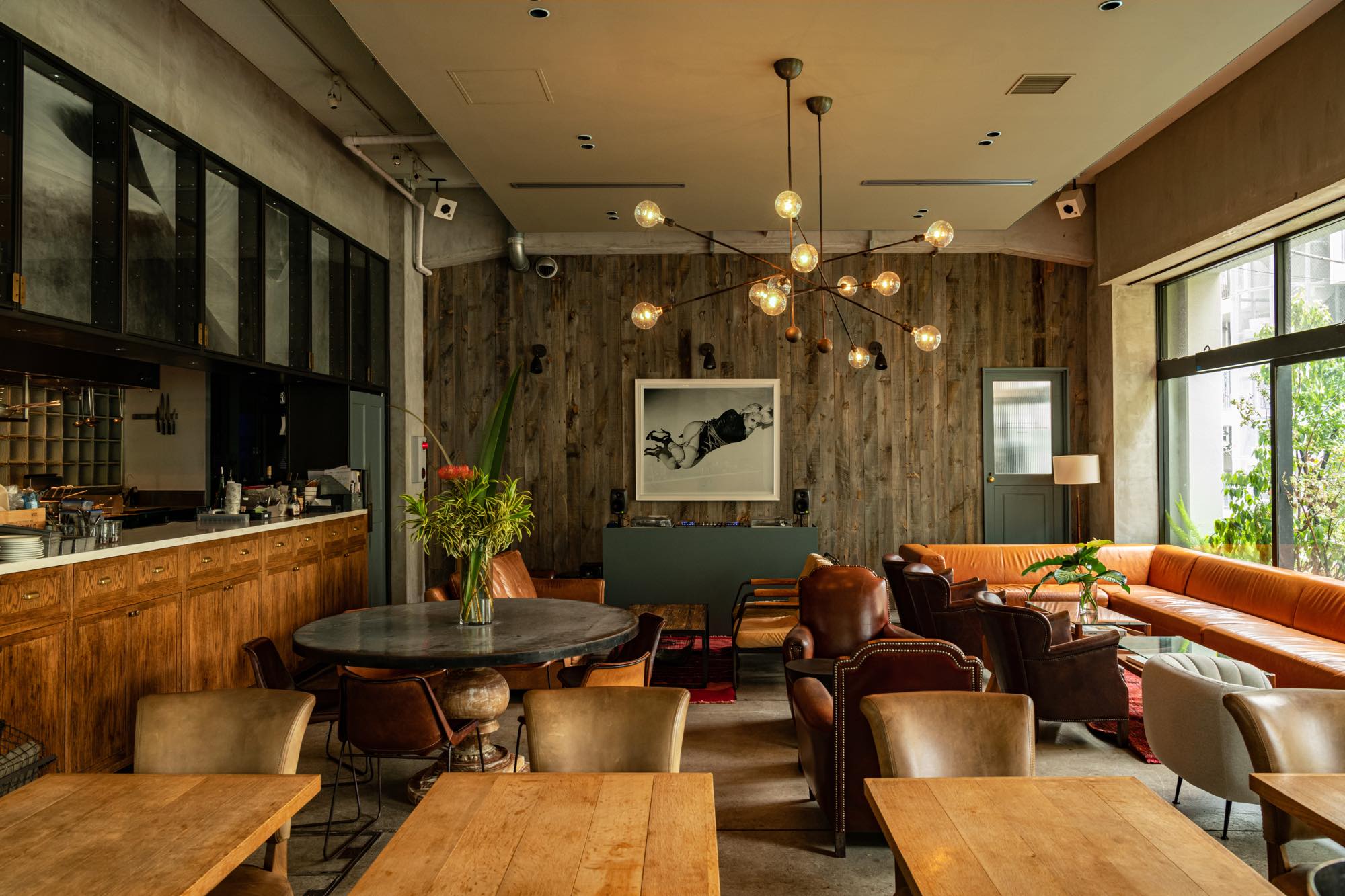 RIVERSIDE CLUB boasts an incredible menu forged by chefs at the forefront of Tokyo’s food culture. Meals can be enjoyed while gazing at the various artwork on display, and customers can look forward to seeing collaborations with numerous apparel brands. It’s a unique space designed by adults for adults, the likes of which has never been seen before.

Comfort food is at the heart of RIVERSIDE CLUB’s menu design which they have cooked up using their own unique vision.

For breakfast, customers can enjoy a healthy smoothie made from a blend of kale, pineapple, kiwi and avocado. If they’re looking for something more classic, they can order the avocado toast served with bacon and eggs, or cold-pressed juice by SUNSHINE JUICE which hails as Japan’s first shop specialising in cold-pressed juice. The thought behind the morning menu is making sure to get both a tasty and nutritional meal down customers even if they’re in a rush.

If customers are looking for something a bit more hearty in the morning then they can check out the all-day menu where they’ll find the lounge’s fat and juicy 100% beef “RIVERSIDE BURGER.” There’s also the “Lemon Rice” provided by LEMON RICE TOKYO, a popular Shibuya-based restaurant owned by Yuhi Komiyama, the vocalist of Hoff Dylan and known as the gourmet chef of the music industry. Everything on the menu is made with Tokyo’s food culture in mind, and if you’re looking for something very Tokyo-esque, then there’s the “Hamburger Naporitan,” a bed of spaghetti topped with a hamburger.

Popular foods from NAKAMURA GENERAL STORE will also be served, such as scones, carrot cake, apple crumble, lemon pie, and more. NAKAMURA GENERAL STORE is a popular Hawaiian bakery which was originally in charge of pastries served at Diamond Head Market & Grill, which is famous for its Hawaiian lunches and scones, but subsequently opened its own store in Kyoto and became so popular that it often sells out its stock by evening time. Coffee made using specially selected coffee beans provided by Minami-Aoyama-based coffee rosters will also be served and goes perfectly with NAKAMURA GENERAL STORE’s food. Customers will be able to order their own coffees or buy their own bag of beans to take home.

RIVERSIDE CLUB has collaborated with numerous artists for graphics on show there. Their logo was created by “& Supply,” a Tokyo-based creative studio. Various artwork will be displayed, including a photograph of Lady Gaga taken by Nobuyoshi Araki for a bondage-themed photoshoot in Vogue Hommes Japan. Pieces by LEEGET, who creates graphics and illustrations, will also be displayed. RIVERSIDE CLUB will continue to serve its “GOOD CULTURE SALON” theme by promoting more artwork in the future.

RIVERSIDE CLUB also allows pets, so customers can enjoy a quiet time with their furry comrades. Pets will get their own pet-friendly menu, toys, and more in the future.