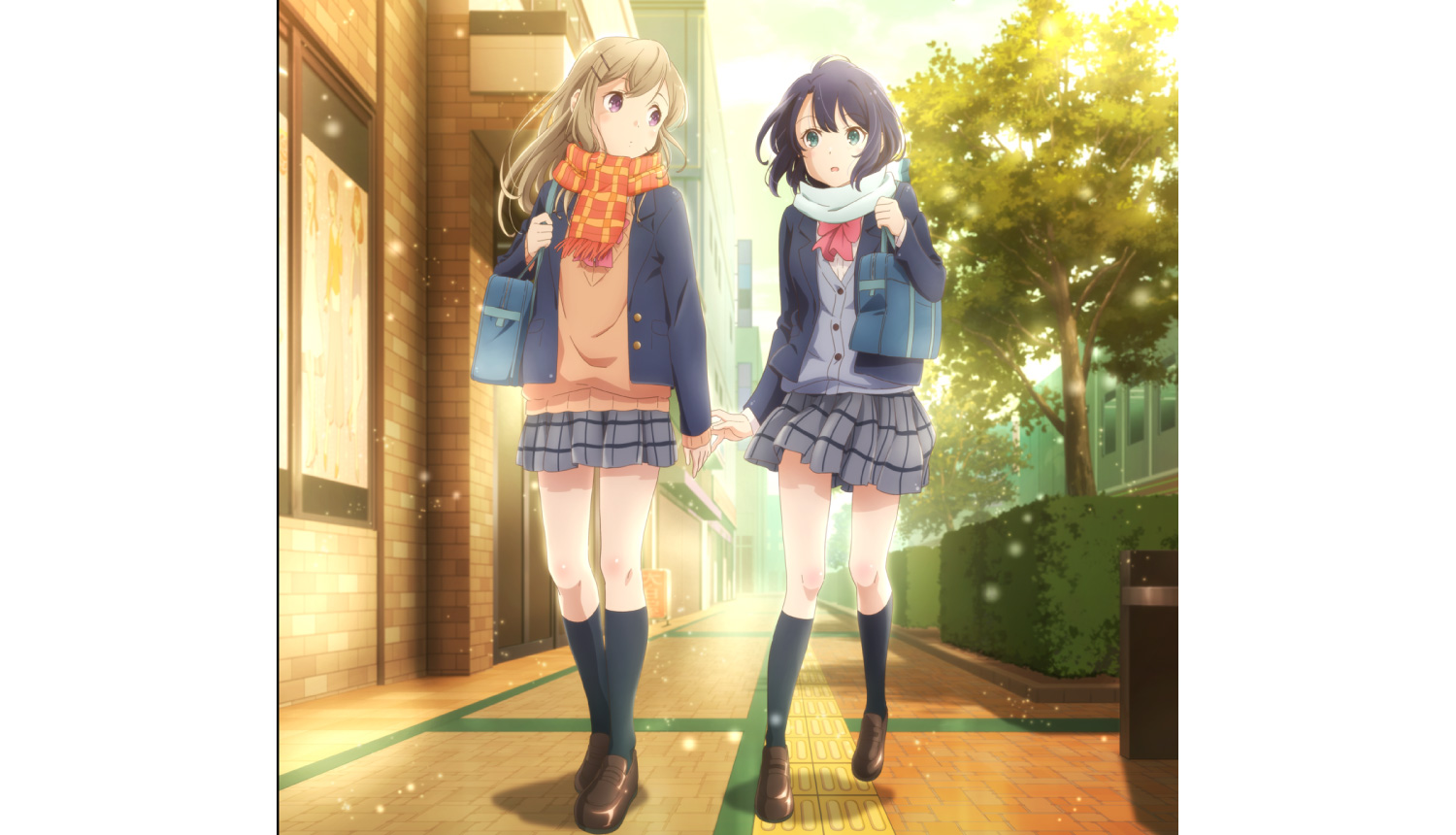 Adachi and Shimamura is a yuri light novel series written by Hitoma Iruma and illustrated by Non. The story centres on Adachi and Shimamura, who meet by chance on the second floor of the school gymnasium.  The two have a tendency to skip class and hang out with each other. The story follows the blossoming of their friendship. An anime adaptation is set to air this October. 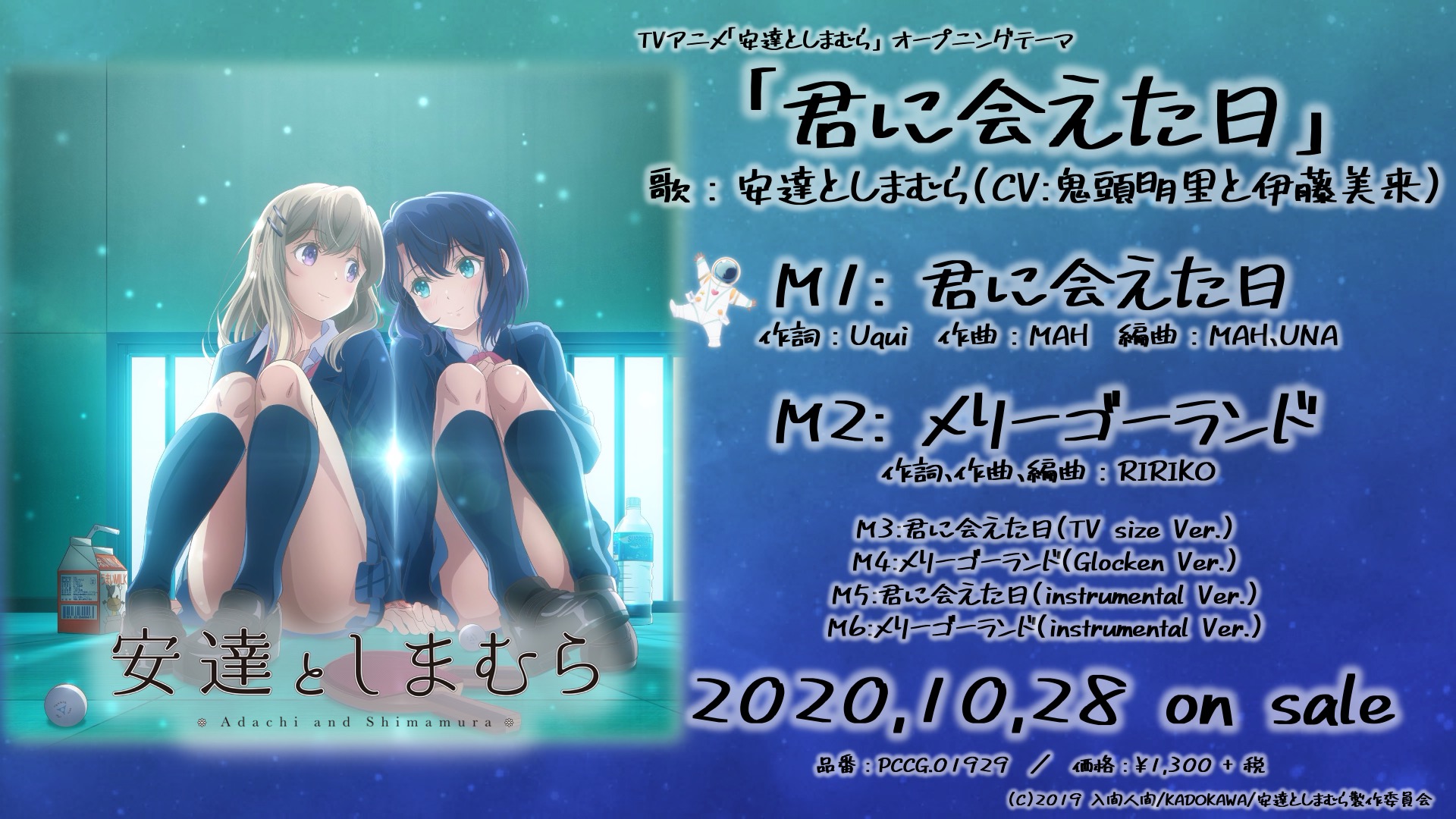 The CD for the opening theme Kimi ni Aeta Hi (“The Day I Got To Meet You”), performed by Adachi and Shimamura’s voice actresses Akari Kito and Miku Ito respectively, will hit shelves in Japan on October 28, 2020. 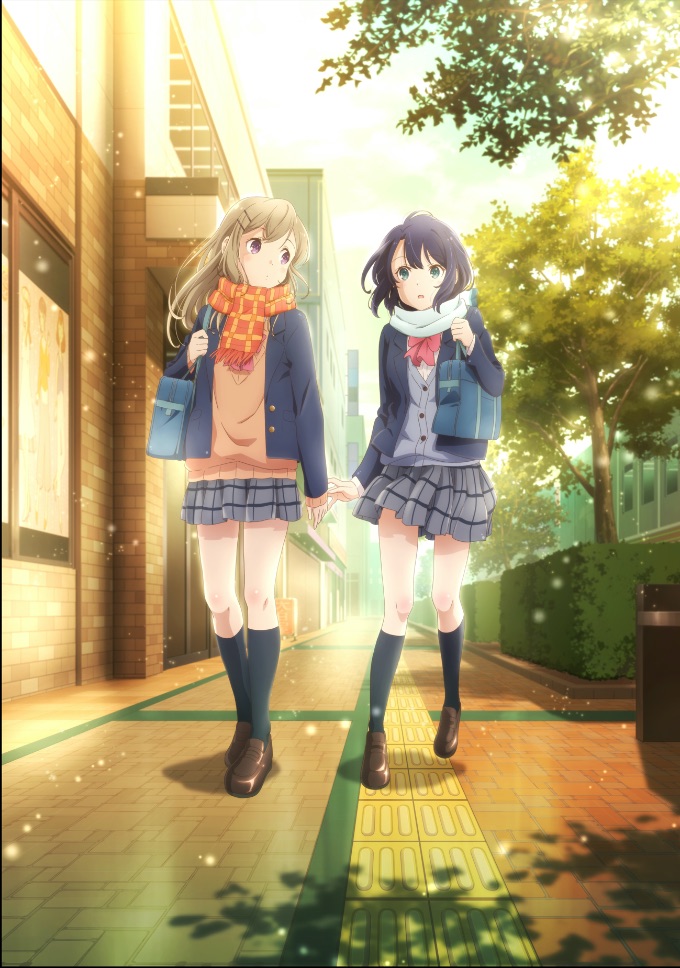 The lyrics for the opening theme, which paint a picture of the titular characters’ relationship are written by Uqui while the song is composed by MAH, who is a former member of SHAKALABBITS (now Muvidat).

The CD is coupled with the song Merry Go Round, which like the title track is performed by the voice actresses from the perspective of the characters. The song is written and composed by singer-songwriter RIRIKO who has written songs for many an artist.