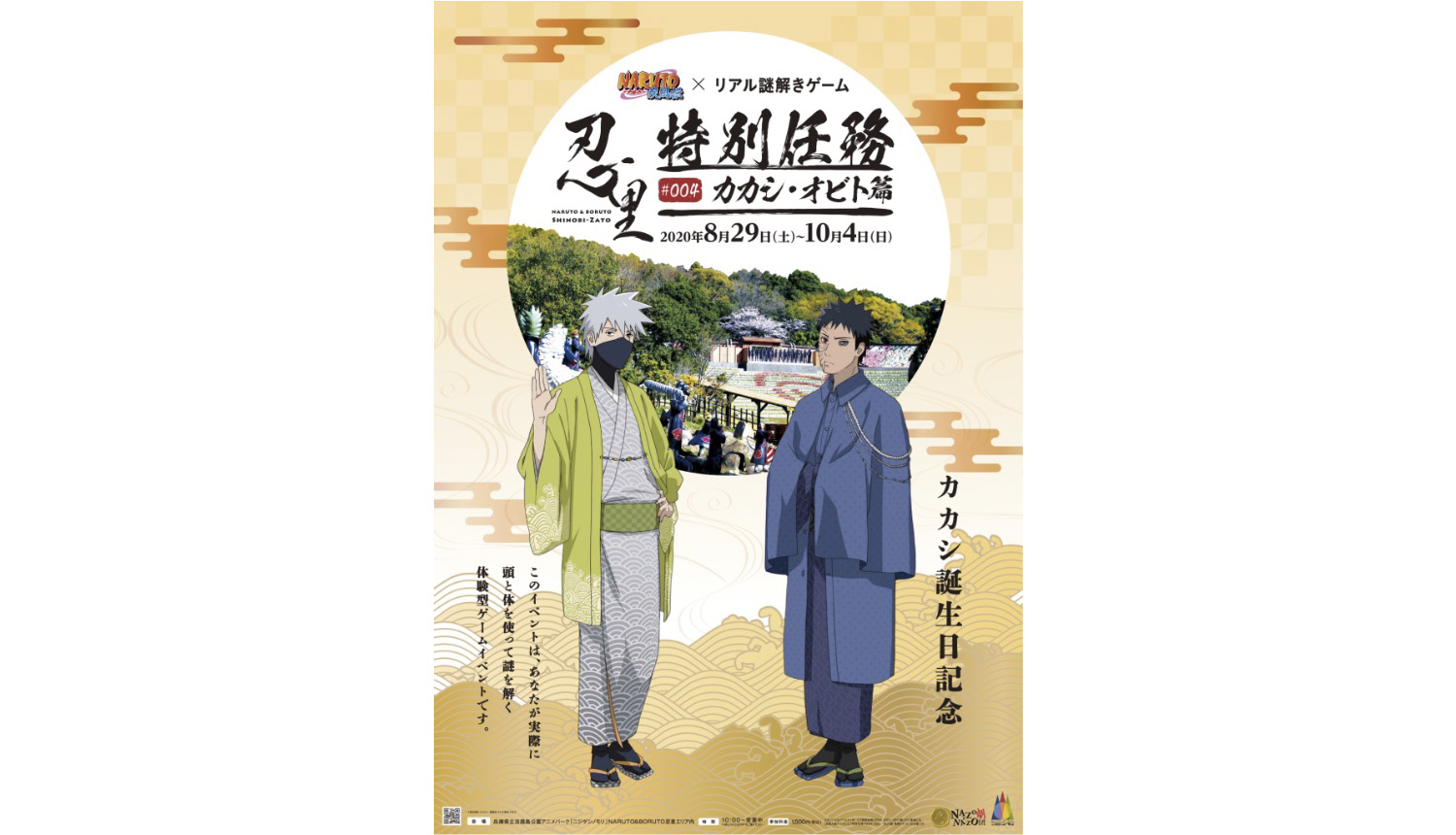 NARUTO & BORUTO SHINOBIZATO is an area of Nijigen no Mori—an anime theme park located on Awaji Island in Hyogo Prefecture—with attractions and more based on Naruto and his son Boruto. The park has released information on an upcoming new event in the Naruto and Boruto themed area. 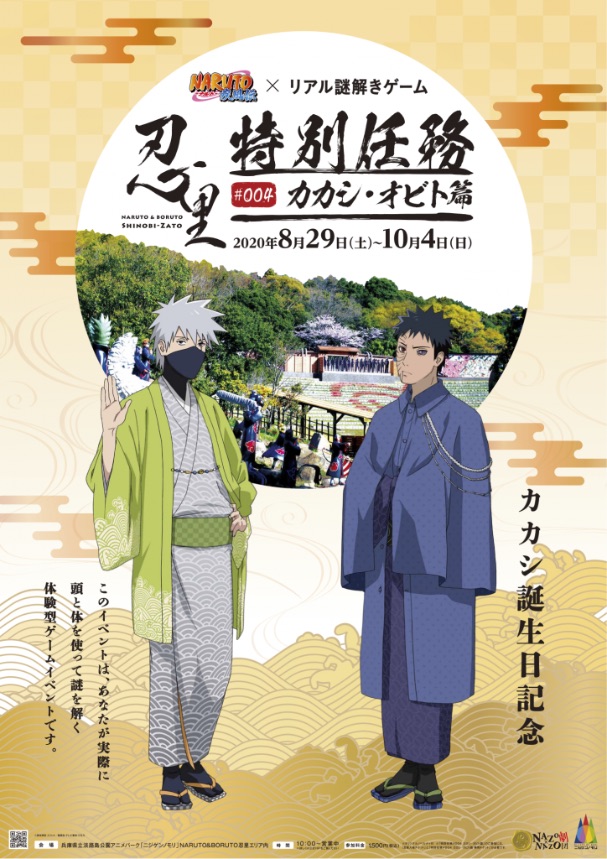 The event in question will celebrate the character Kakashi Hatake’s birthday with a special Kakashi and Obito themed escape game. The game will have park guests running around the park looking for panels with hints on how to progress through the game. Just 30 minutes are needed to complete it, and it’s not too difficult, so anyone can join in. 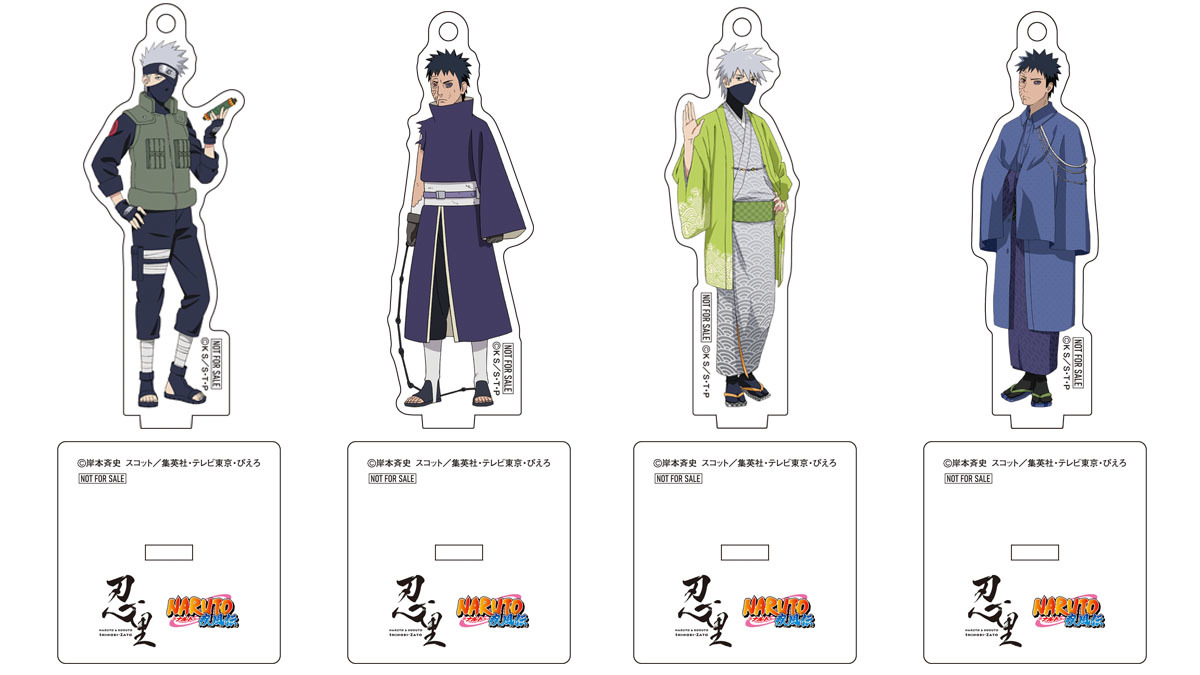 Guests who buy a ticket will receive one of four limited-edition mini acrylic stands (pictured above) chosen randomly. Exclusive merchandise will also be sold for the event, and there will be photo spots where Naruto and Boruto fans can take a photo next to Kakashi and Obito panels.