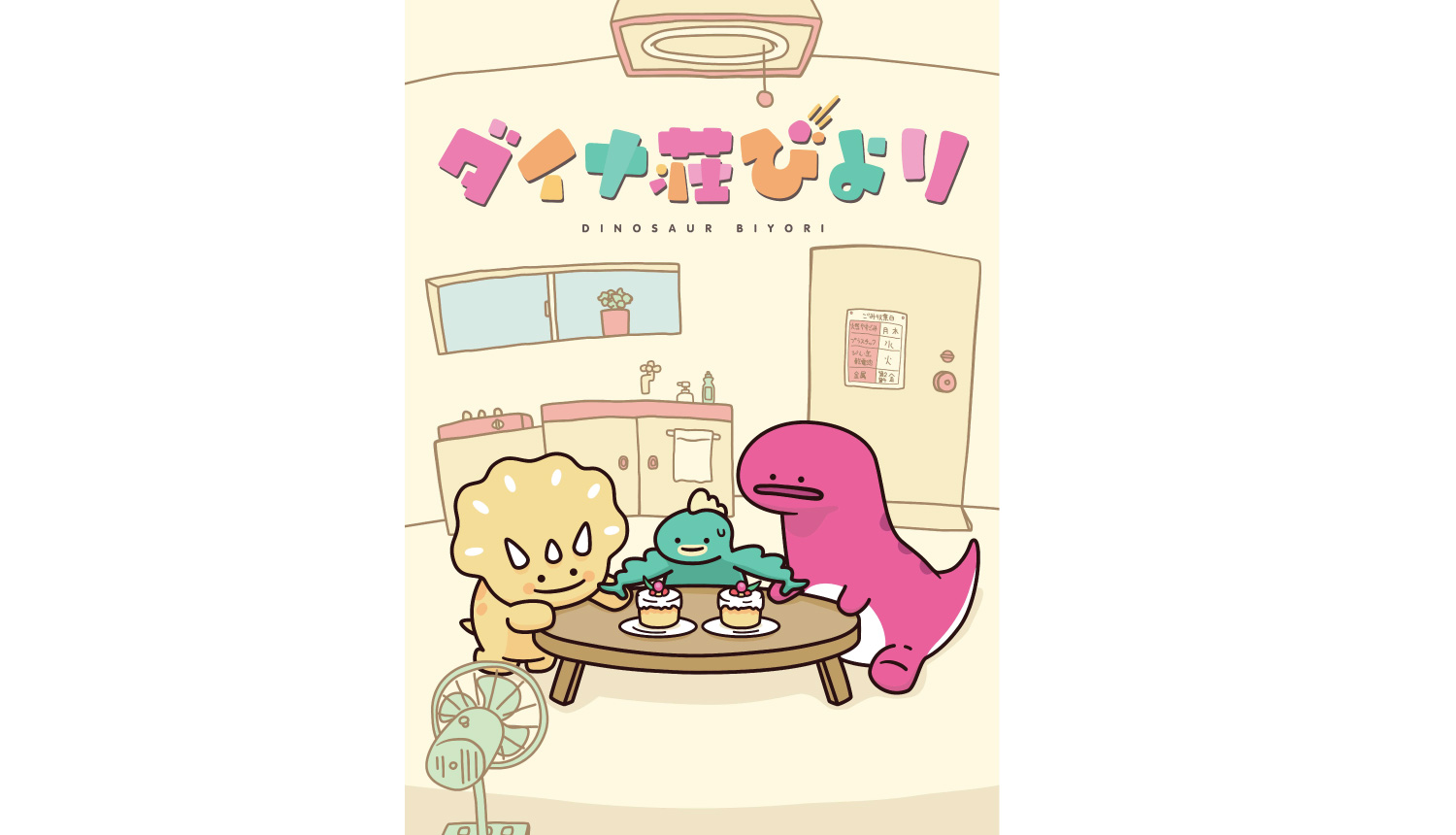 Fanworks, the animation studio that brought is Aggretsuko (available worldwide on Netflix) and Sumikkogurashi: Good to be in the corner, has announced the release of a new original short anime series entitled Dinosaur Biyori which will begin airing this April.

Described as a surreal apartment life series, the story follows the lives of three dinosaurs who live together in a one-room apartment and each of which have completely different personalities.

The series is being directed by Akifumi Nonaka who is known for working on the animation of many cute characters such as JAPAN-DA and Daifuku-kun. The scripts are being written by Toru Hosokawa and CHI-MEY will act as the series’ music composer. 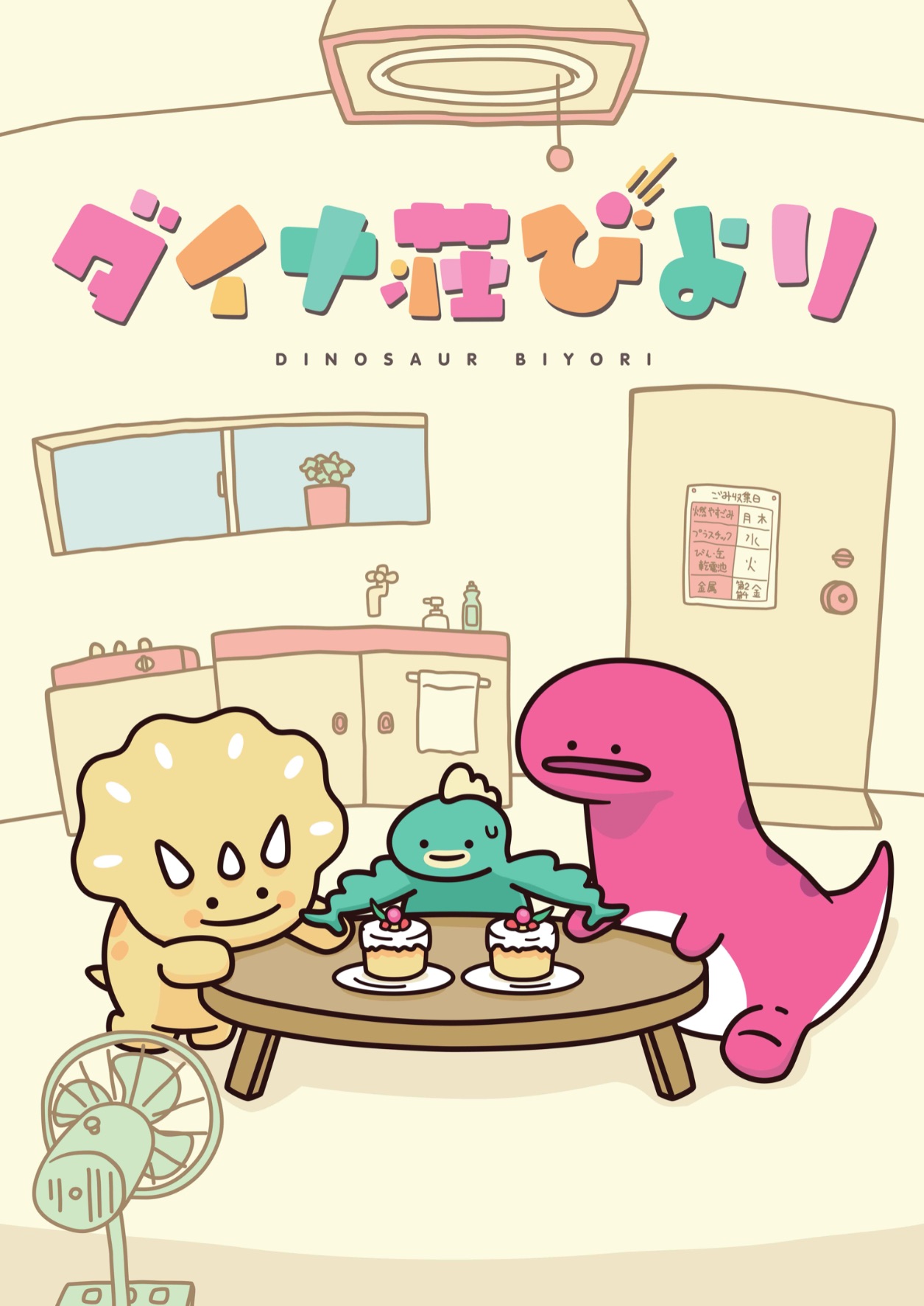 Official Twitter and Instagram accounts were launched for the series on New Year’s Day featuring posts of the dinosaurs’ life together.