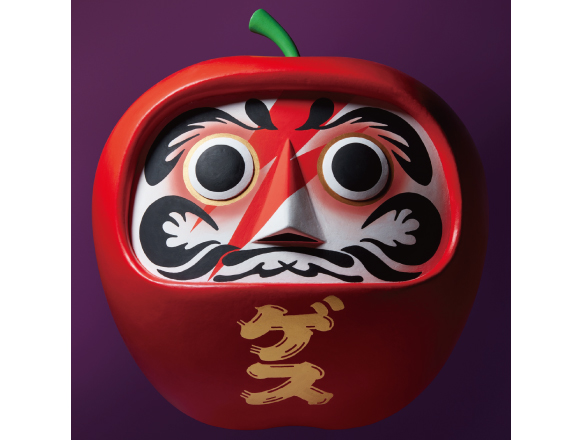 Gesu no Kiwami Otome’s latest album “Daruma Ringo” took the top spot for 2 days in a row on May 9th and 10th in the Oricon Daily Album charts. The band have just released the music video to “DARUMASAN,” the fifth song from the album to receive a music video. Check the video out here: https://youtu.be/3pQtogSWF3A

This music video is quite different from anything else they have put out there. The music video is of such a high quality despite it being filmed in only 3 hours during rehearsal in the run up to their premium live show on May 10th. The video showcases their incredible talent as musicians. In it, we see tiny “daruma” (traditional Japanese doll) and “ringo” (apples) scattered around the set, and the “Daruma Ringo” itself which was used as the album’s cover artwork also makes an appearance. We also get to see Mani Kato’s influence over the gorgeous lighting.

During their premium live show on May 10th, the members faced the audience and scattered the daruma and apples which appeared in the music video to the audience.

Just as the title of the album suggests – this album that is an amalgamation of the forbidden fruit which knows both good and evil, and the daruma, a lucky talisman which always rises no matter how many times it falls – I took that very motif and included it in this music video. I used the daruma in line with the song’s stop-and-go melody. When the daruma fall, everyone stops, but when it rises, they start up again. I hope for everyone to colour both of their daruma’s eyes black.*
(*Translator note: When someone receives or purchases a daruma the eyes are usually blank. When that person sets a goal, they colour one eye in black; when they achieve that goal, they colour the second eye in)

Available via the iTunes Store, Recochoku, and other online stores.
iTunes Store：https://itunes.apple.com/jp/album/id1145417023?app=itunes&at=10l6Y8
iTunes Store is a trademark of Apple Inc.

Related article：12 cutting-edge artist groups will be performing to commemorate the 5th anniversary of the record label unBORDE – CD artwork for the new album ‘unBORDE all stars’ has now been announced!