Japanese seven-member boy group 7ORDER are promoting the release of their 1st major single Ame ga Hajimaru no Aizu/SUMMER Samazama, which is releasing on July 7, and their live DVD and Blu-ray WE ARE ONE, with a campaign in collaboration with Karaoke Kan. 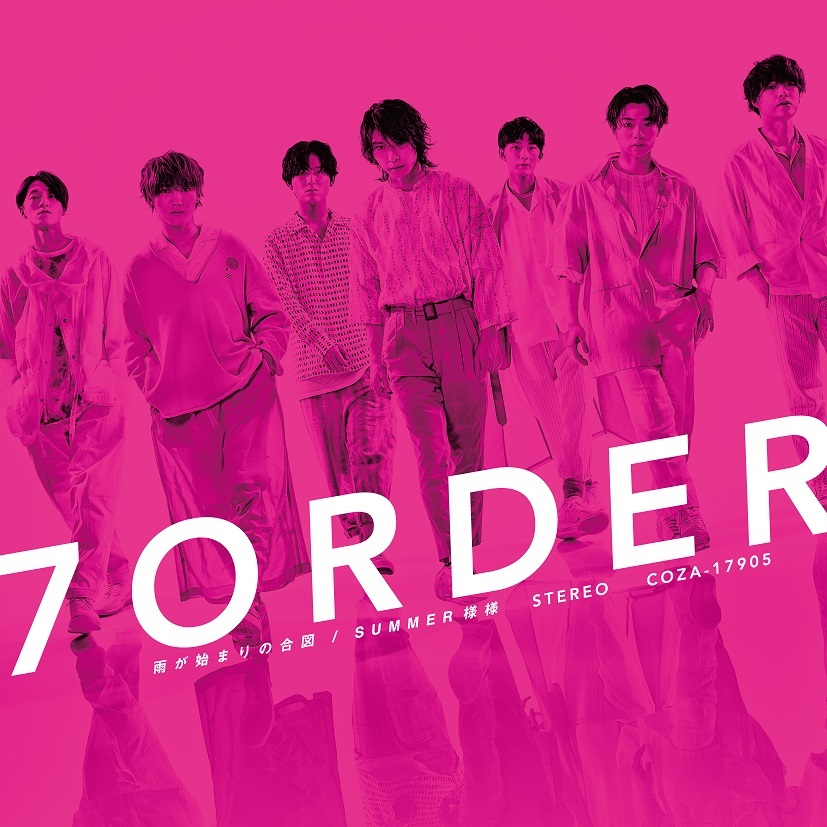 The campaign is titled ‘7ORDER x Karaoke Kan Let’s Sing This Summer!! Collaboration Campaign supported by LIVE DAM Ai’ and it’s running from June 24 to August 31. To enter the campaign, you need to sing 7ORDER’s songs using one of Karaoke Kan’s DAM rooms at any of their branches in Japan. That will enable fans to enter for a chance to win a free 7ORDER microphone, signed poster, and more. DAM rooms as well as monitors in at Karaoke Kan receptions will feature original 7ORDER videos, and select branches will even have panels plastered up.

The song Ame ga Hajimaru no Aizu from the upcoming single was released early on digital music streaming and download platforms on June 17. The faced-paced uplifting rock song is based on the coincidence that every time a big day comes around for 7ORDER, it rains: it happened on the day they decided to form as a band, during their first concert, and when they signed to a major label. It’s a song to show how the rain isn’t always that bad.

The second track on the single, SUMMER Samazama, was written by NAOTO and HIROKI of ORANGE RANGE. You can hear that when the full single releases on July 7. 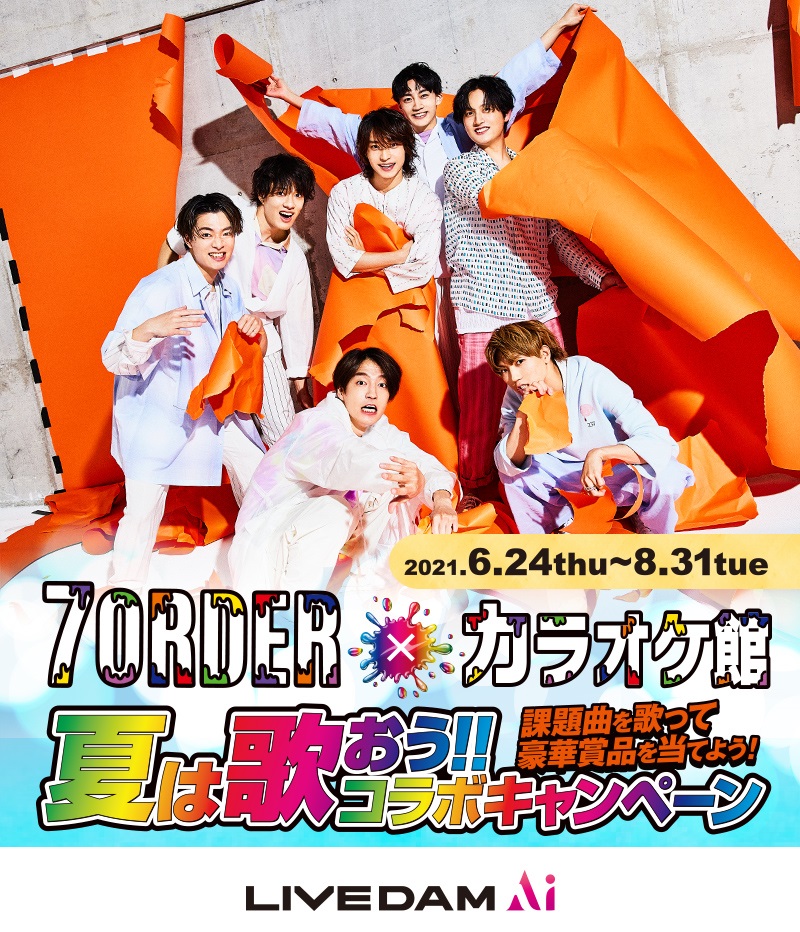 Next » 7ORDER and Sanrio to Start New Collaboration Project