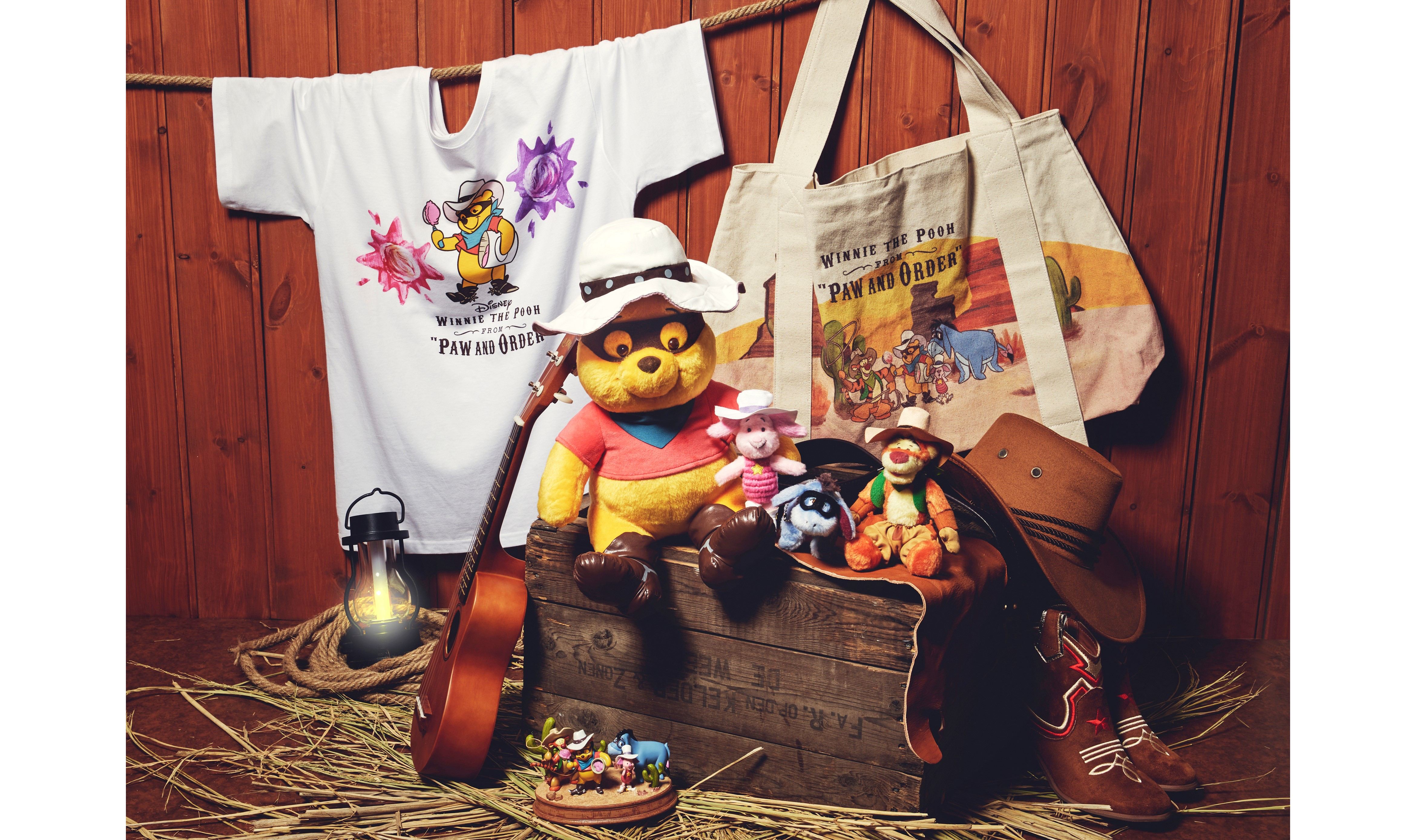 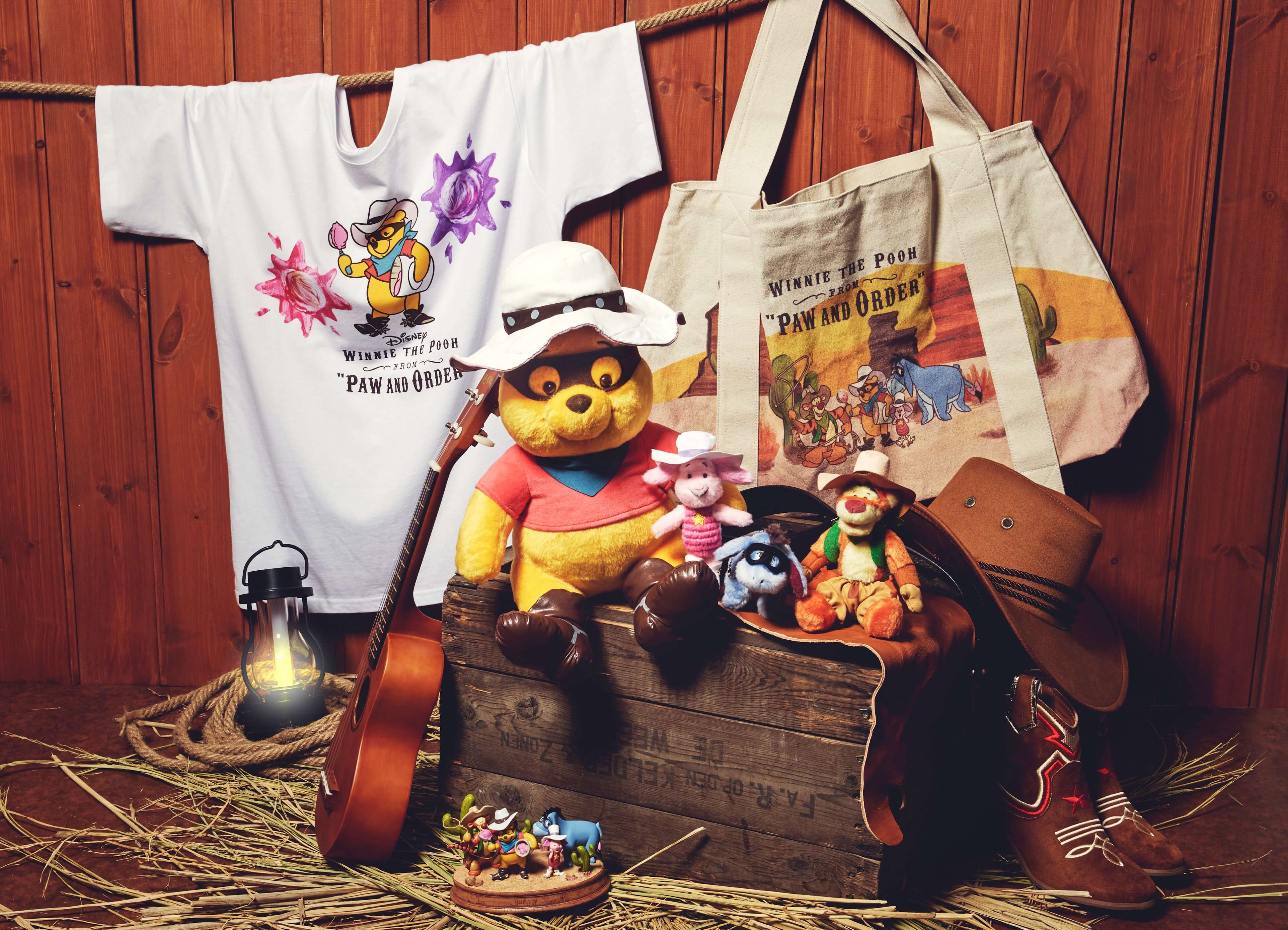 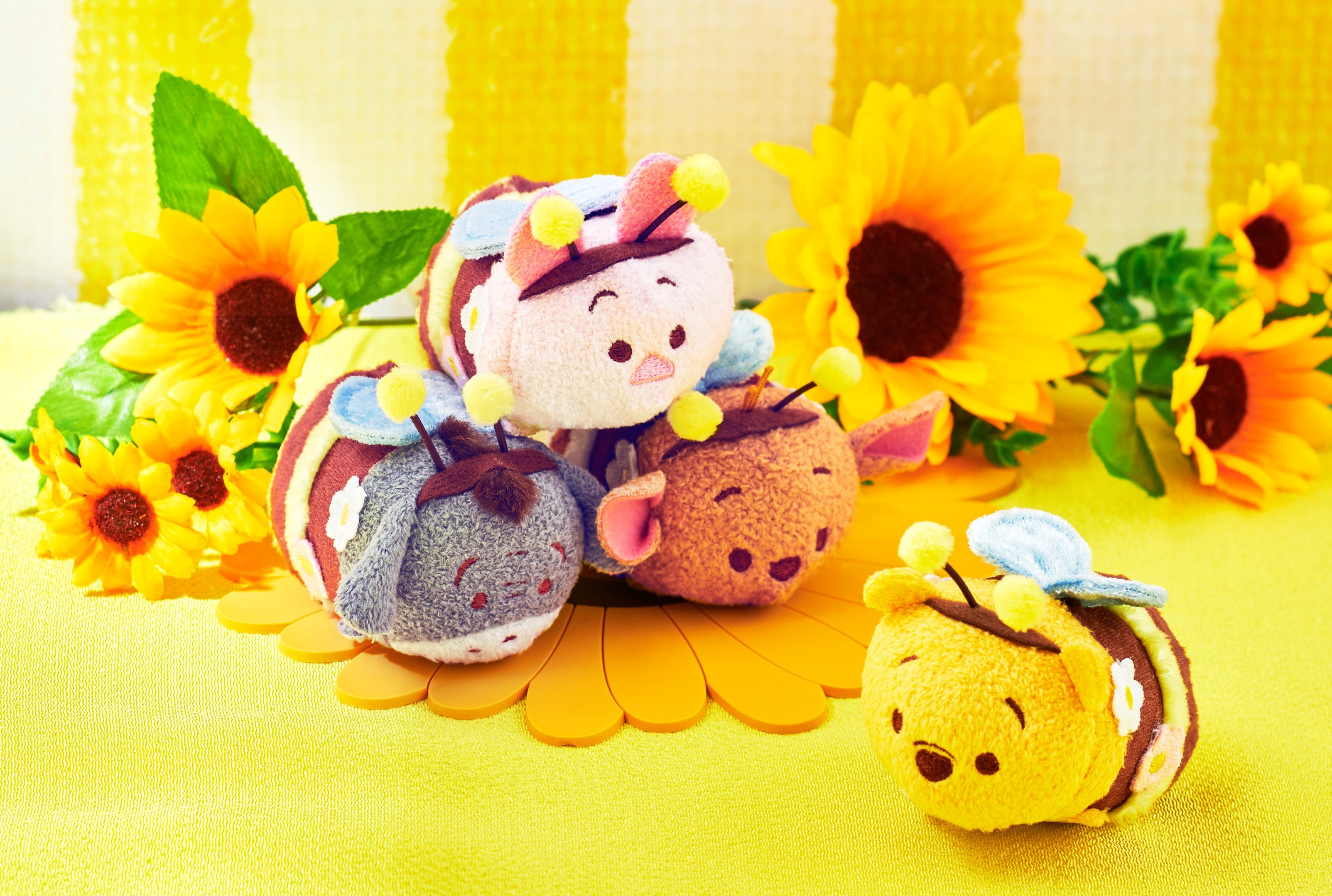 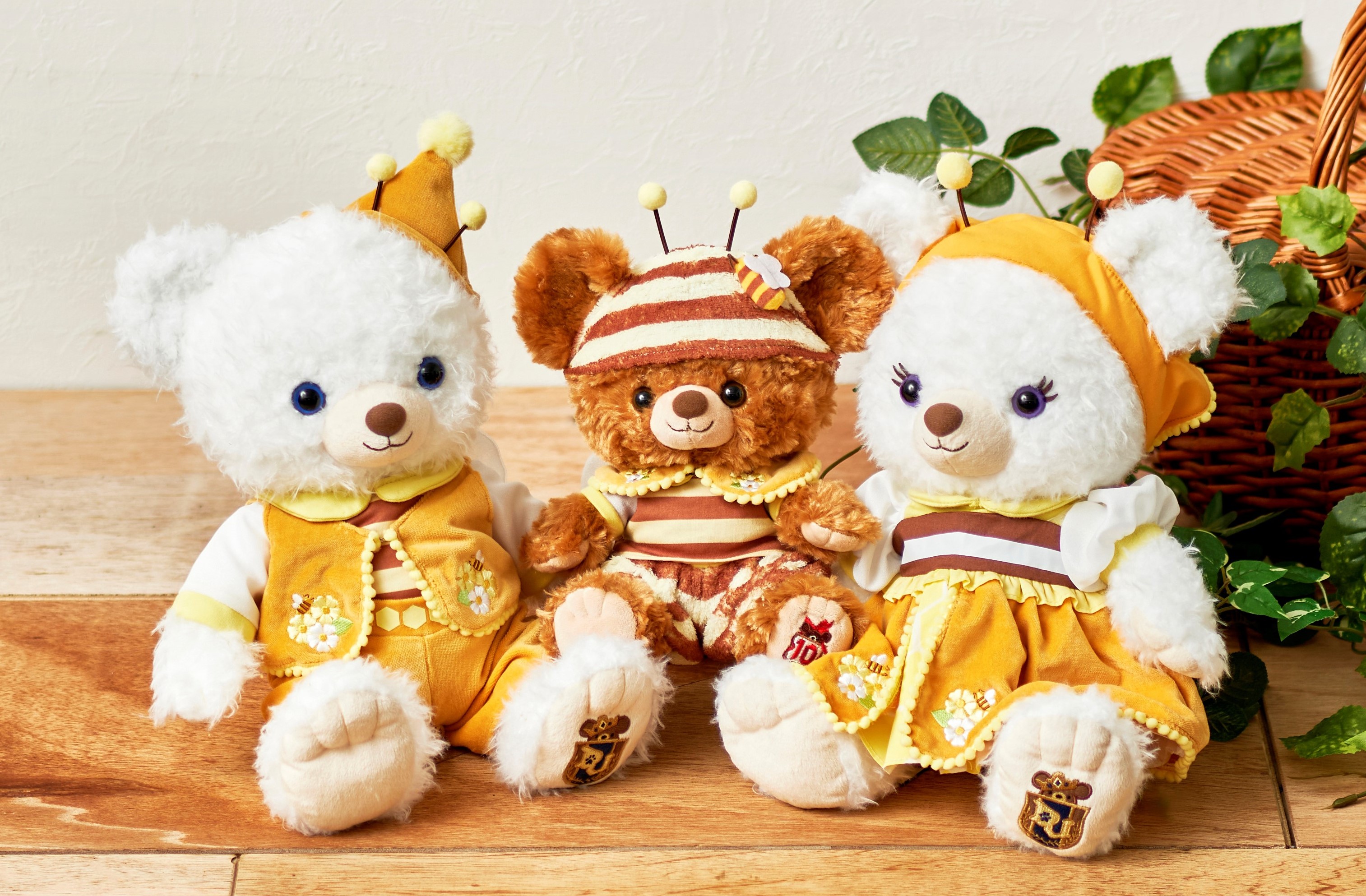 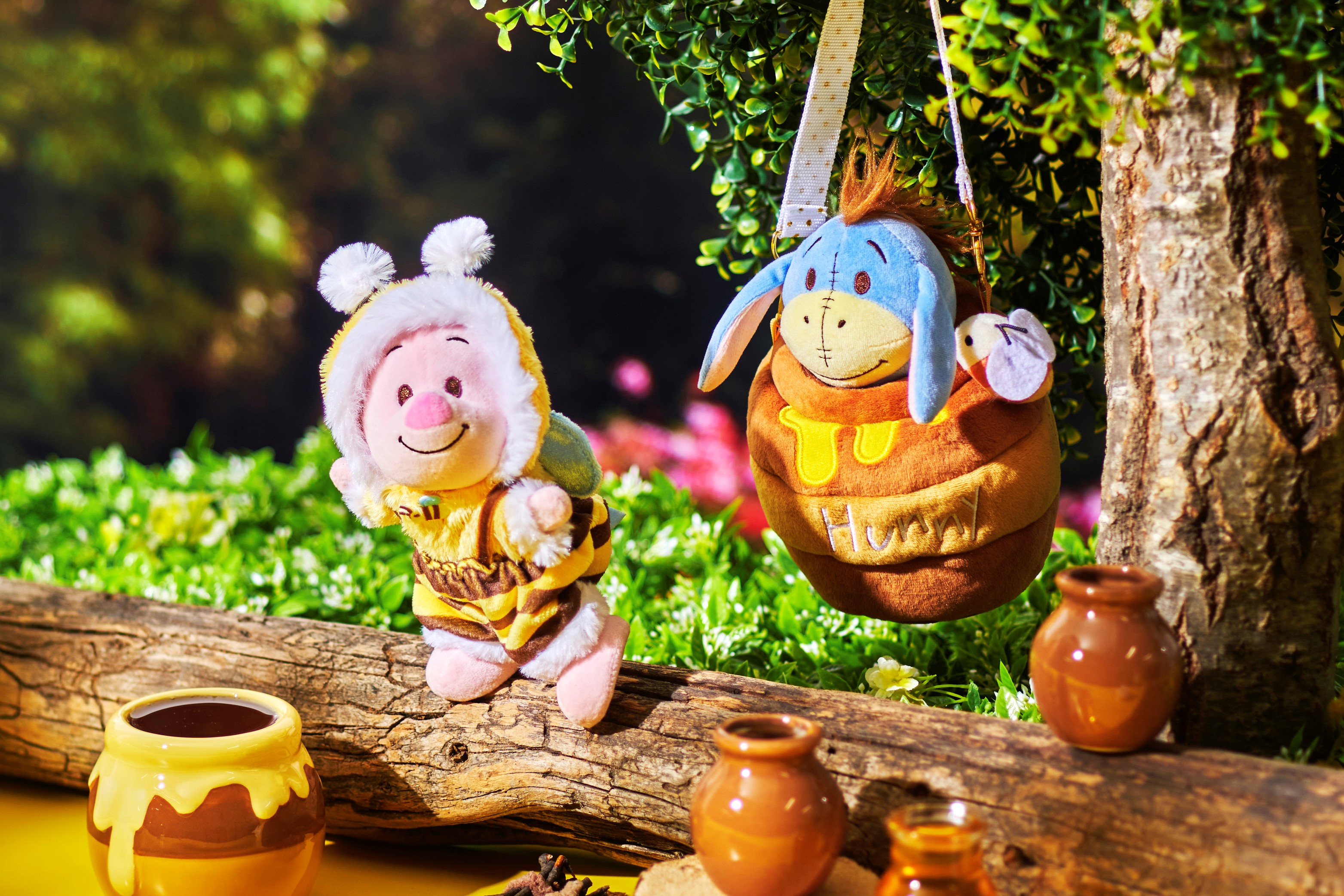 The Western Pooh series based on “The New Winnie the Pooh: Masked Bear, Hero of the West” is set to release. Set in a western town, the motif of Pooh and his friends in western style is inspired by the unique story of Pooh dressed as a masked bear who confronts a gang of thieves with an ice cream in his hand for his friends.

The western-inspired products were designed with art works featuring a masked Pooh holding an ice cream in his hand, and Piglet and Tigger in western costumes. In addition to plush toys and figurines, a wide range of stationery such as clear files and clipboards, mobile-related goods such as smartphone cases and rings, home sundries such as tissue box covers, and even fashion items will be released.

Also, the popular series TSUM TSUM designed a plush toy celebrating Honey Day which Pooh, Piglet, Eeyore and Roo each wears a bee costume and a flower full of cuteness.

The UniBEARsity’s bee-inspired yellow costumes are rich with flowers and bee embroidery for a glamorous look. The costume for nuiMOs has a honeybee design with a cute fluffy hood. Additionally, there is a limited-edition honey pot motif holder for nuiMOs, so you can enjoy going out with your favourite nuiMOs dressed up stylishly. Why not dress up your favourite plush toys for Honey Day and take some great photos?

Look out for Winnie the Pooh merchandise coming in precious designs only the Disney Store can offer!

©Disney. Based on the “Winnie the Pooh” works by A.A. Milne and E.H. Shepard.