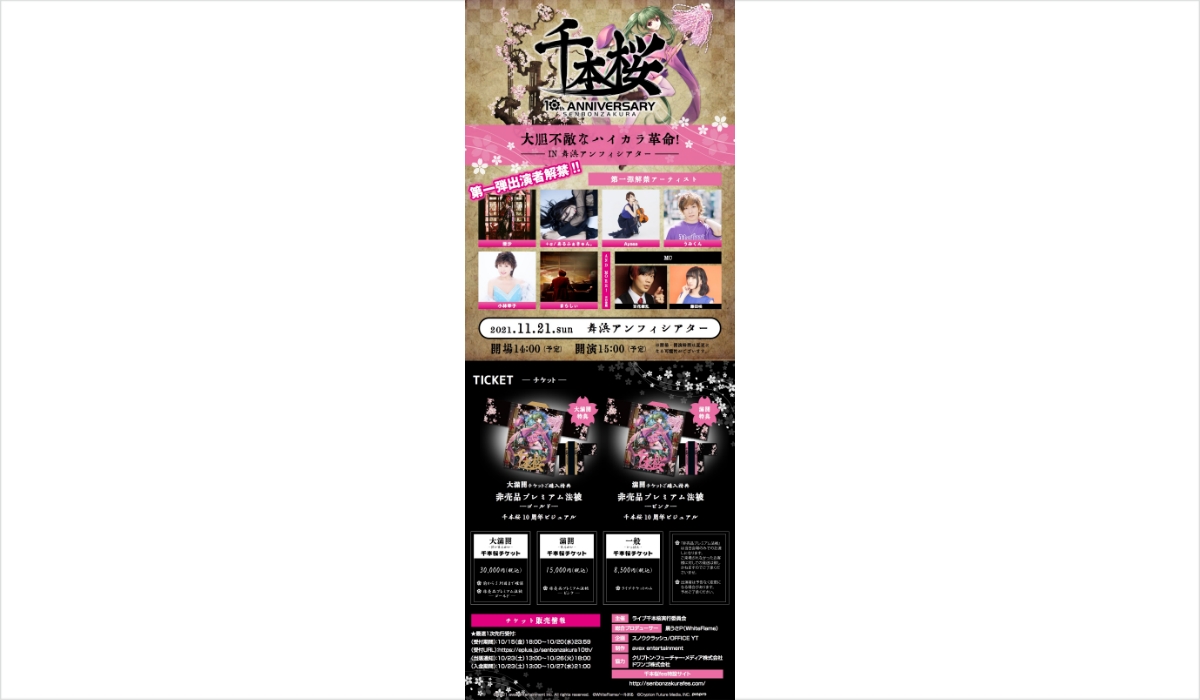 Senbonzakura continues to be one of Hatsune Miku’s most popular songs, even ten years after its initial release. To celebrate an entire decade of the song, a special live performance will be held in Chiba featuring a number of popular performers who have performed Senbonzakura sometime over the past ten years.

The first round of acts have just been announced, and the event will take place at the Maihama Amphitheater in Chiba on November 21, 2021.

Performers include Vocaloid producer and bassist of Wagakki Band Asa, talented female vocalist +α/Alfakyun., violinist and cosplayer Ayasa, and massively popular YouTuber UMI☆KUUN. Also appearing is Sachiko Kobayashi, an enka singer who performed Senbonzakura at the 66th Kouhaku Uta Gassen New Year special in 2015, and Marasy, a pianist who performed the song in a 2013 Toyota Prius commercial. The MCs for the show include streamer-turned-pro host Hyakka Ryoran and voice actress Saki Fujita, who performs the character voice for Hatsune Miku.

More information regarding the second round of performers will be released soon, along with more details on exclusive merchandise to be sold at the venue.