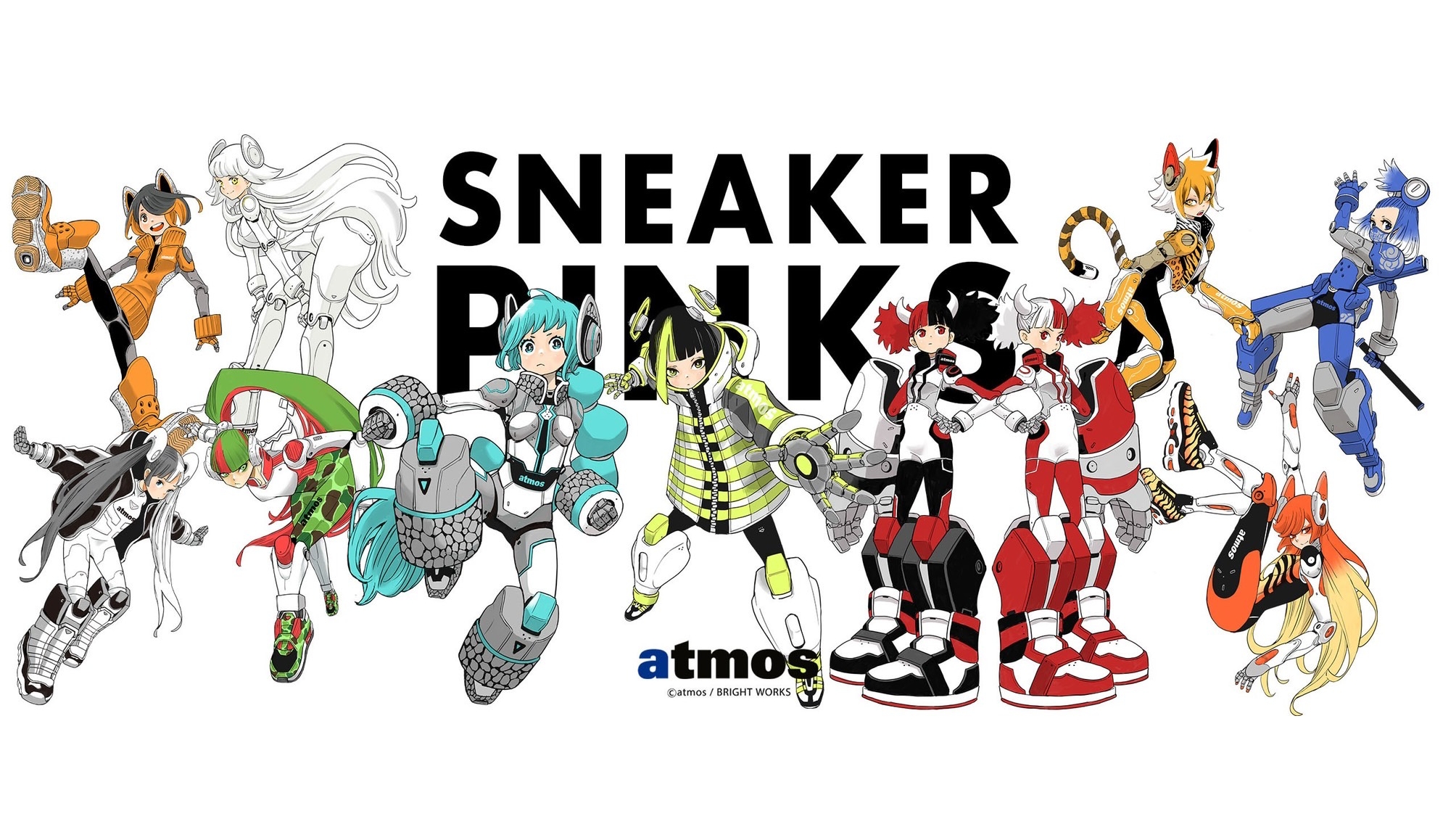 atmos, a shop sharing Tokyo’s sneaker culture with the world, has collaborated with the mysterious character PINKS, created by Acky Bright, for an intense new collection. Blending the classic and the futuristic, SNEAKER PINKS and atmos have begun selling the new items at atmos-Tokyo.com 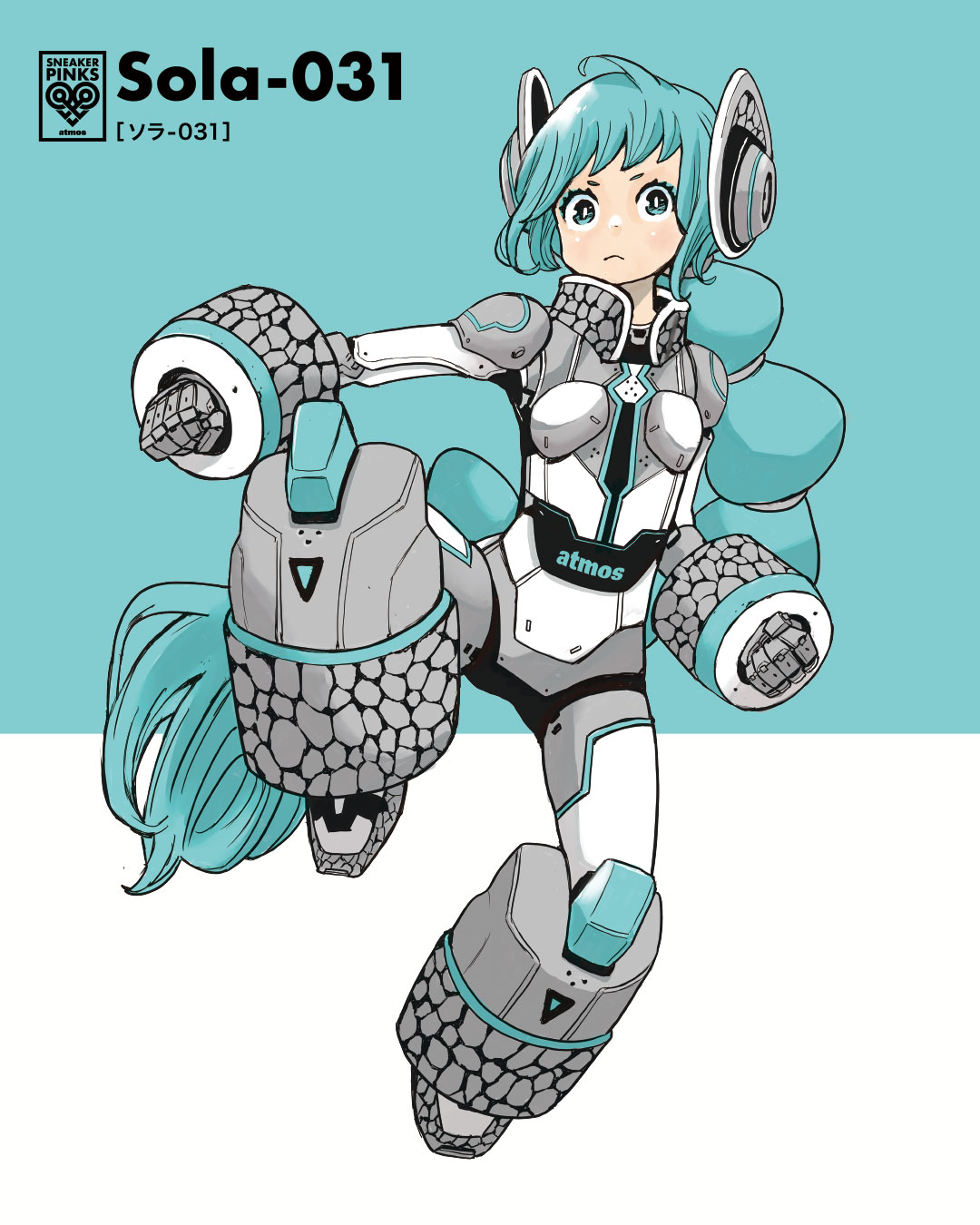 Personality: The leader of the PINKS, she easily combines both power and kindness.
Her megaton kick can destroy any armor with ease.
She can also freely control her long blue hair. 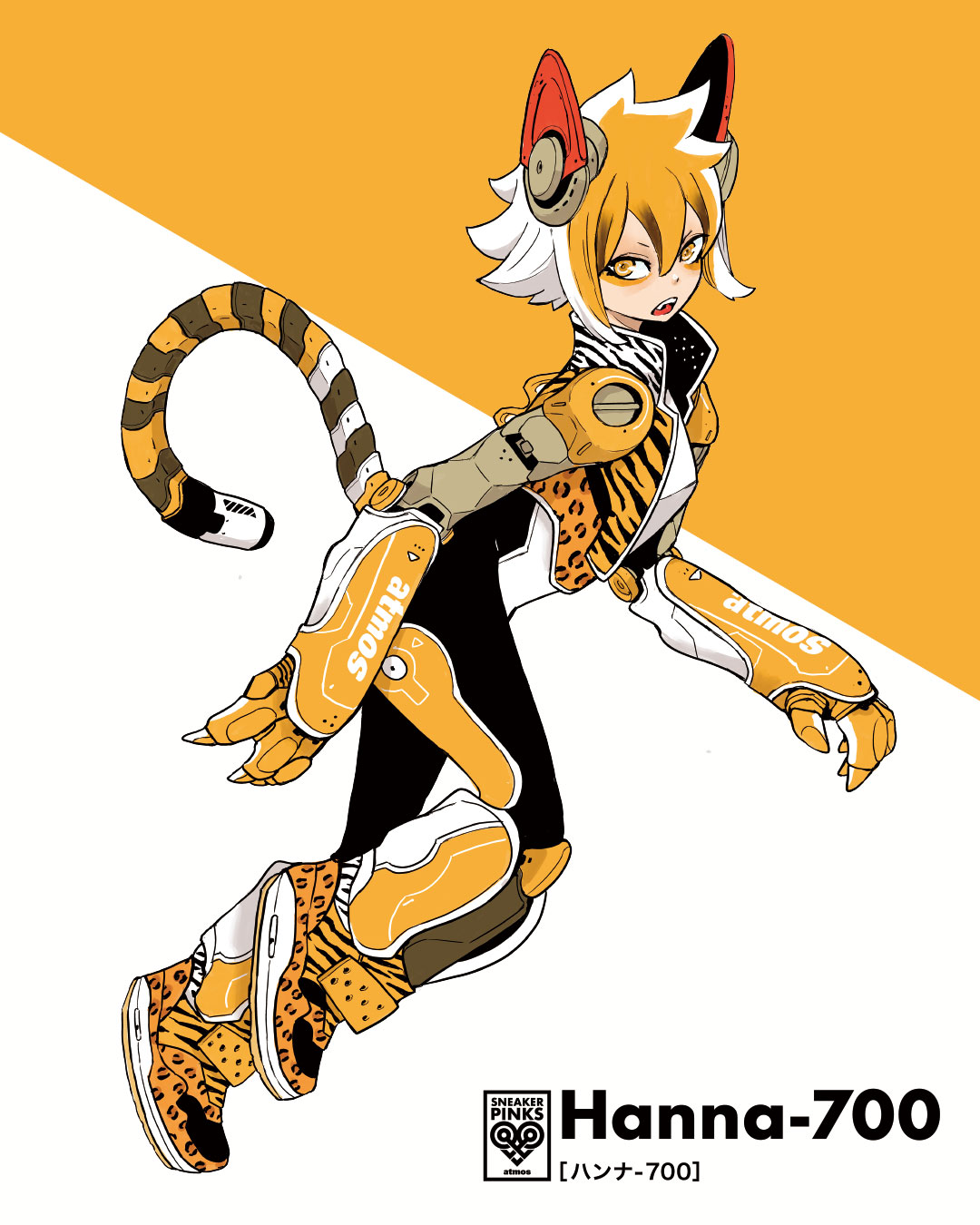 Personality: The speediest member of PINKS. Using her overwhelming agility, she easily tosses her opponents and tears them apart with her sharp claws. She always goes for the gold. 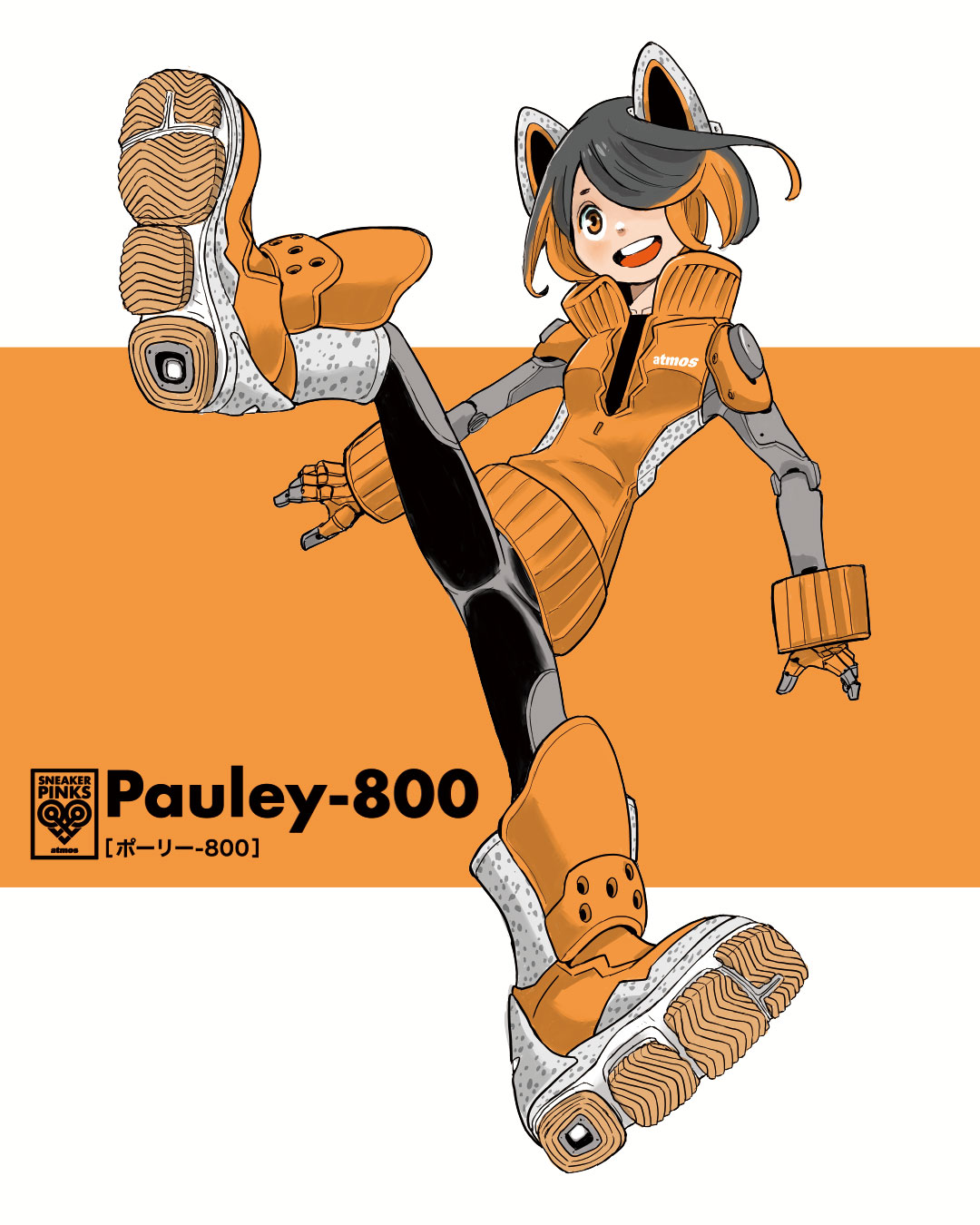 Personality: The mood maker of the group, she’s full of energy and always smiling. She can jump over a building in a single leap. Even when things are tough, she can turn the situation around with her natural positivity. 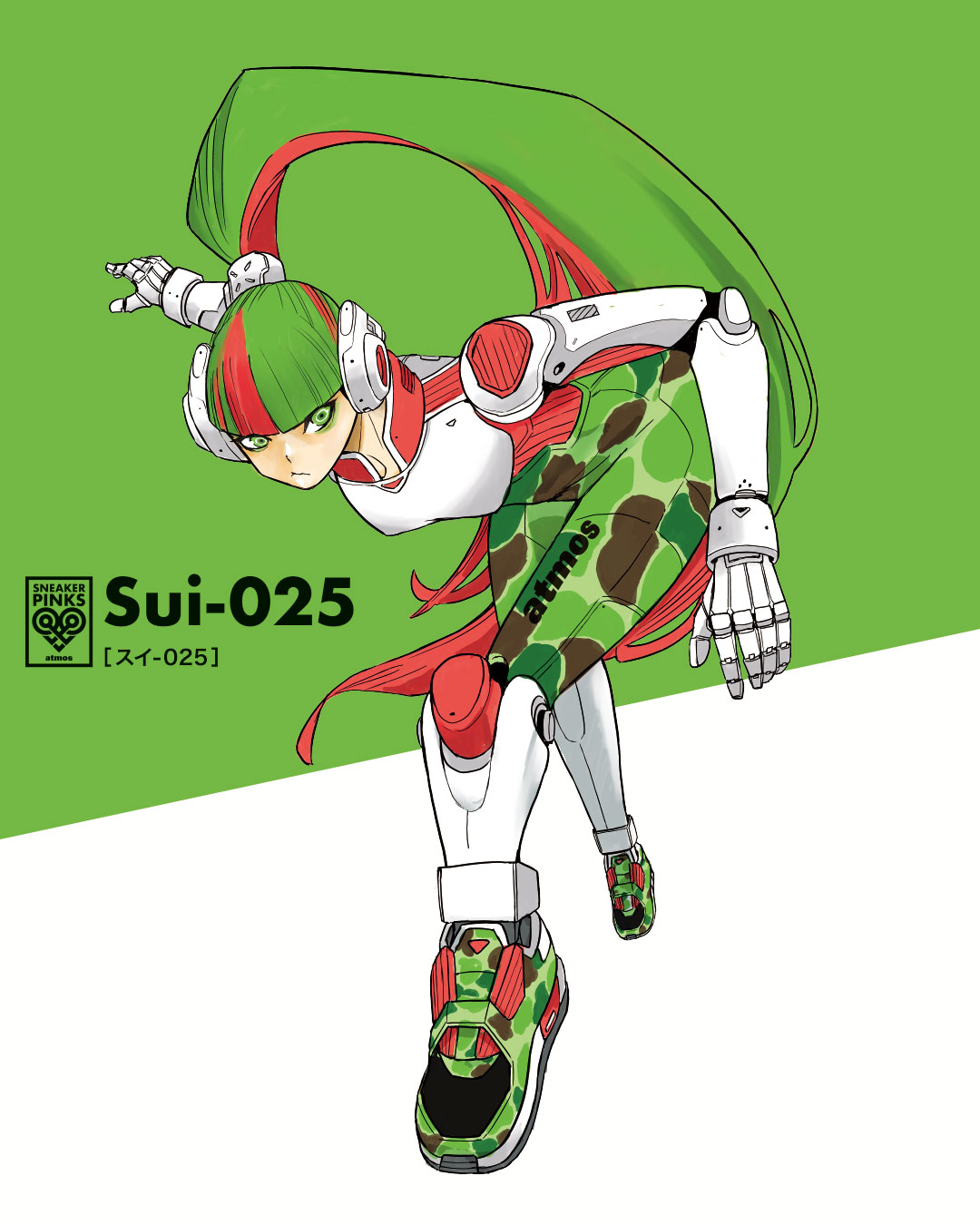 Personality: Quiet and calm, she’s the group’s chief strategist.
With plenty of combat experience, unparalleled intelligence, and ample physical strength, she’s admired by the other members. 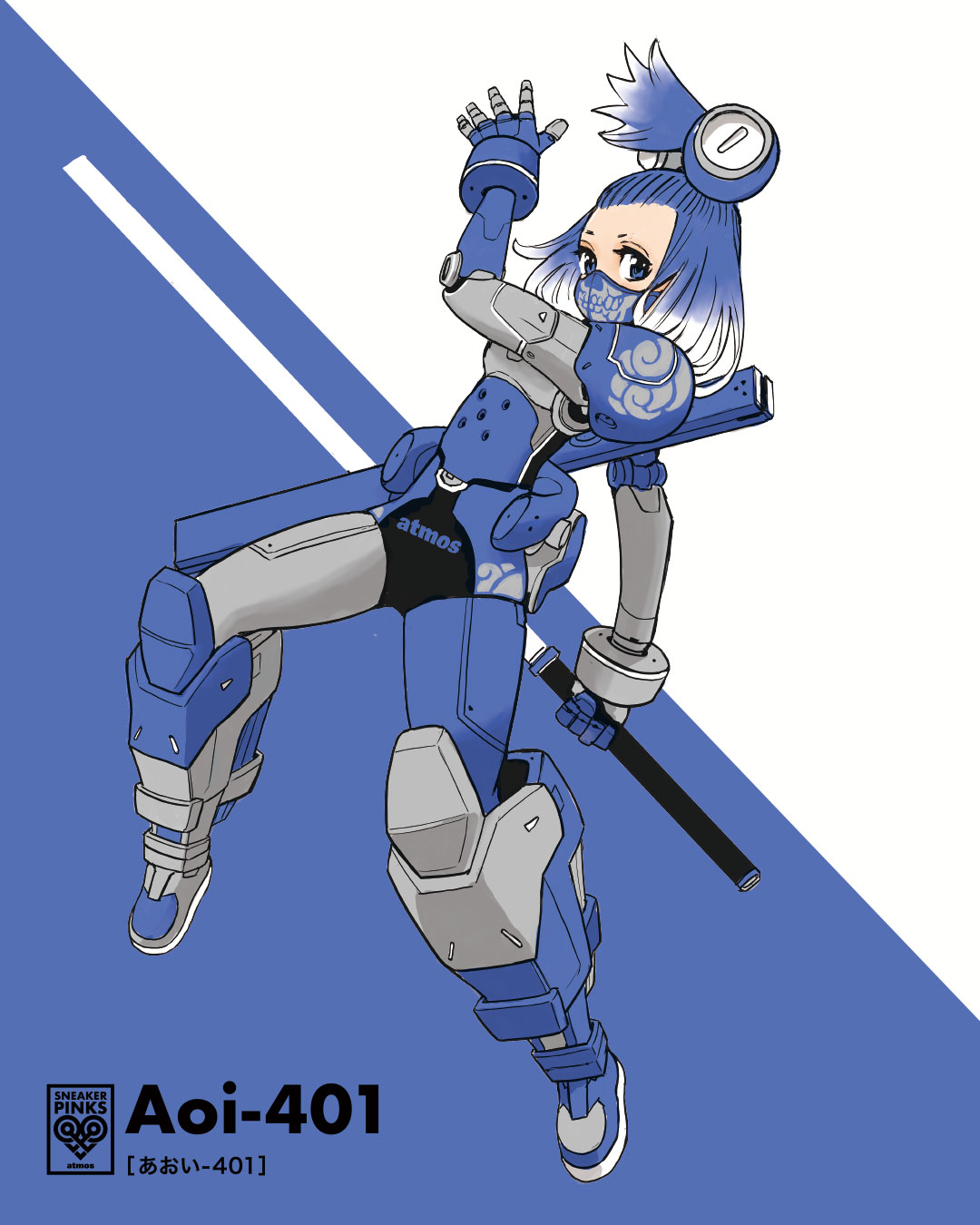 Personality: Although she’s the smallest member of PINKS, she makes up for it with her blunt tongue and powerful personality.
A maniacal warrior, she cuts her enemies down with her laser blade. 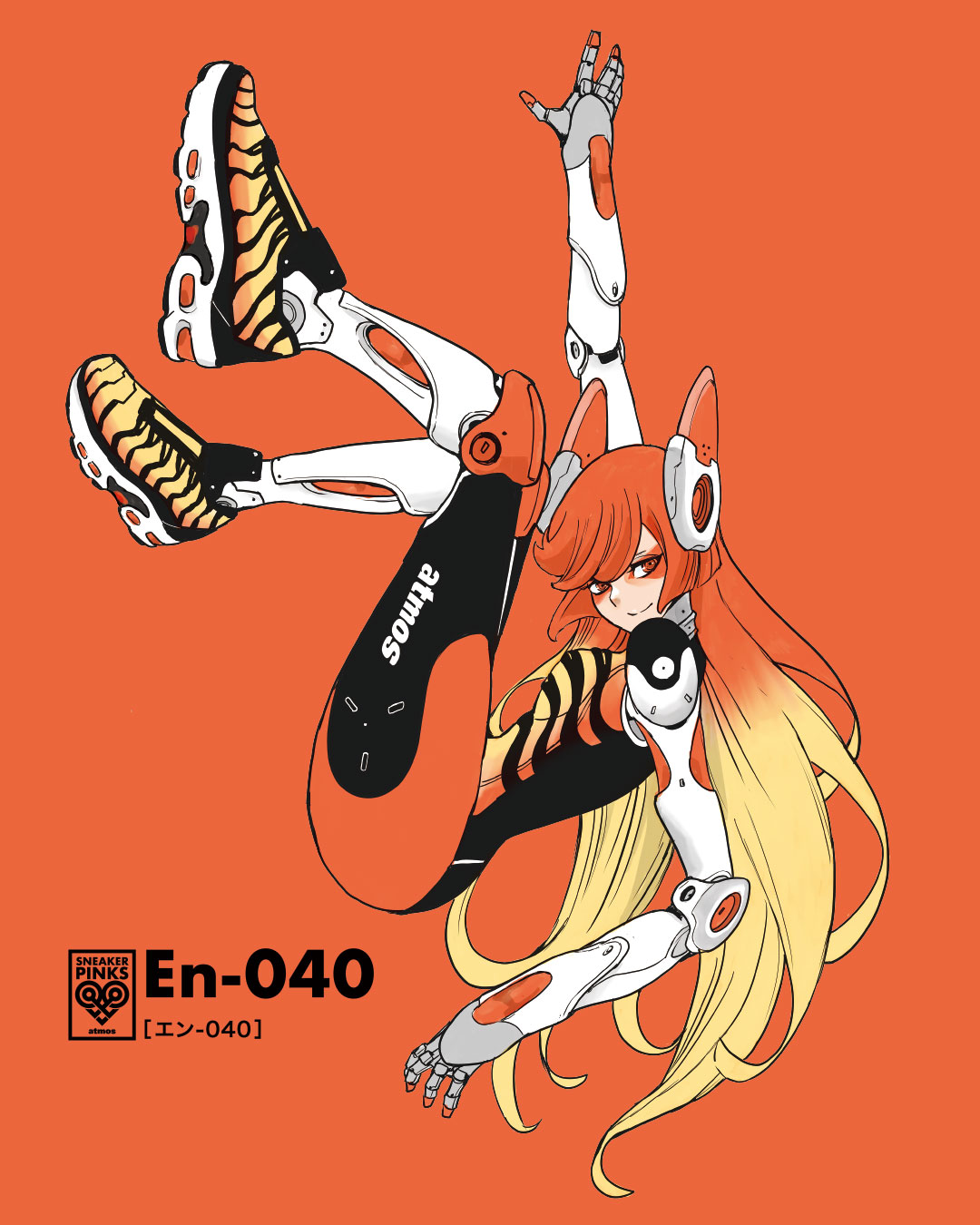 Personality: The most mysterious of the group, En-040 is like everyone’s little sister.
Always aiming for top marks, she’s tough and dependable, but also moody and sometimes unpredictable. 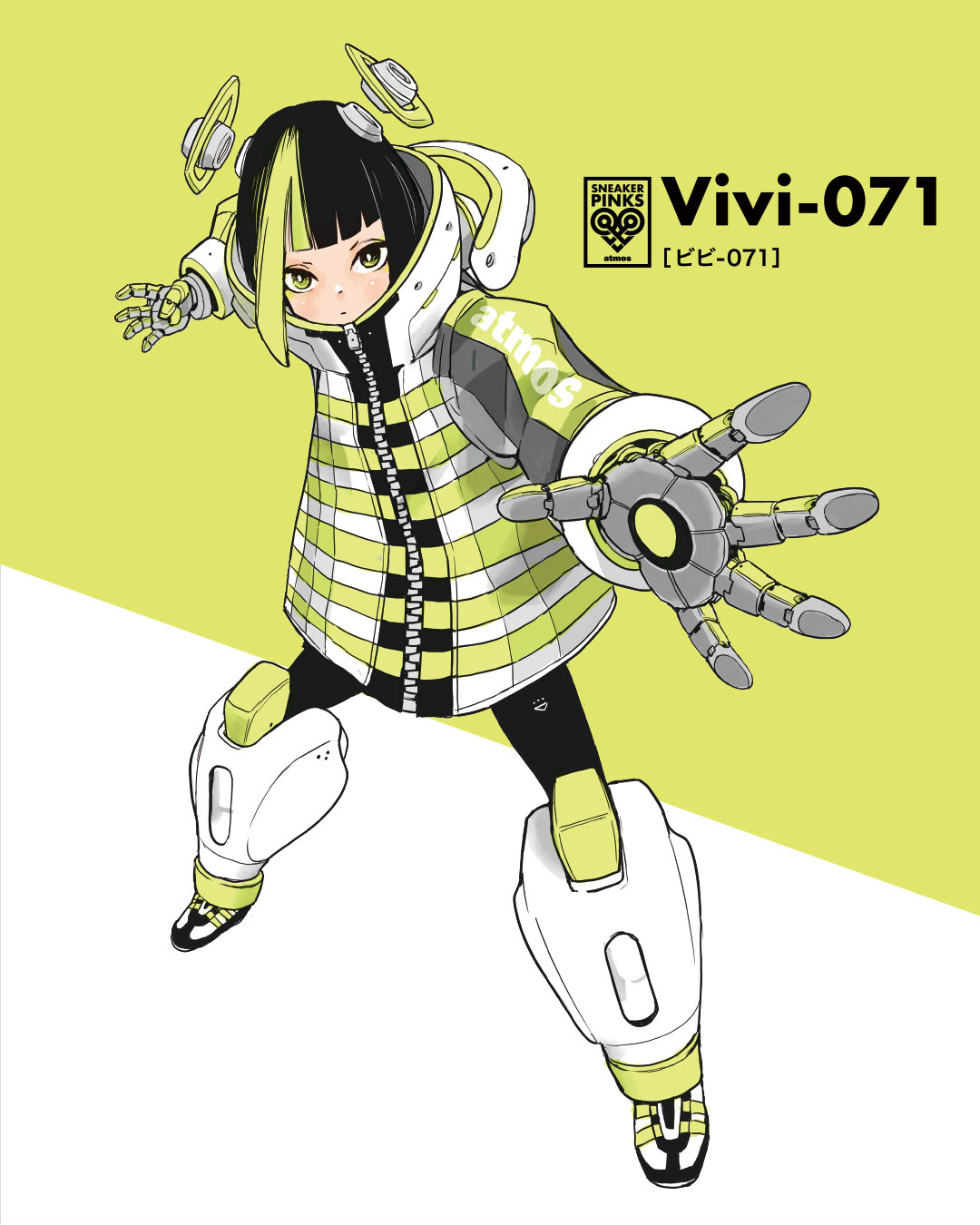 Personality: With a consistent poker face, she always gets her work done without hesitation or complaint.
She can fire powerful laser beams from the palms of her hands and is able to fly, making her the best at aerial combat. 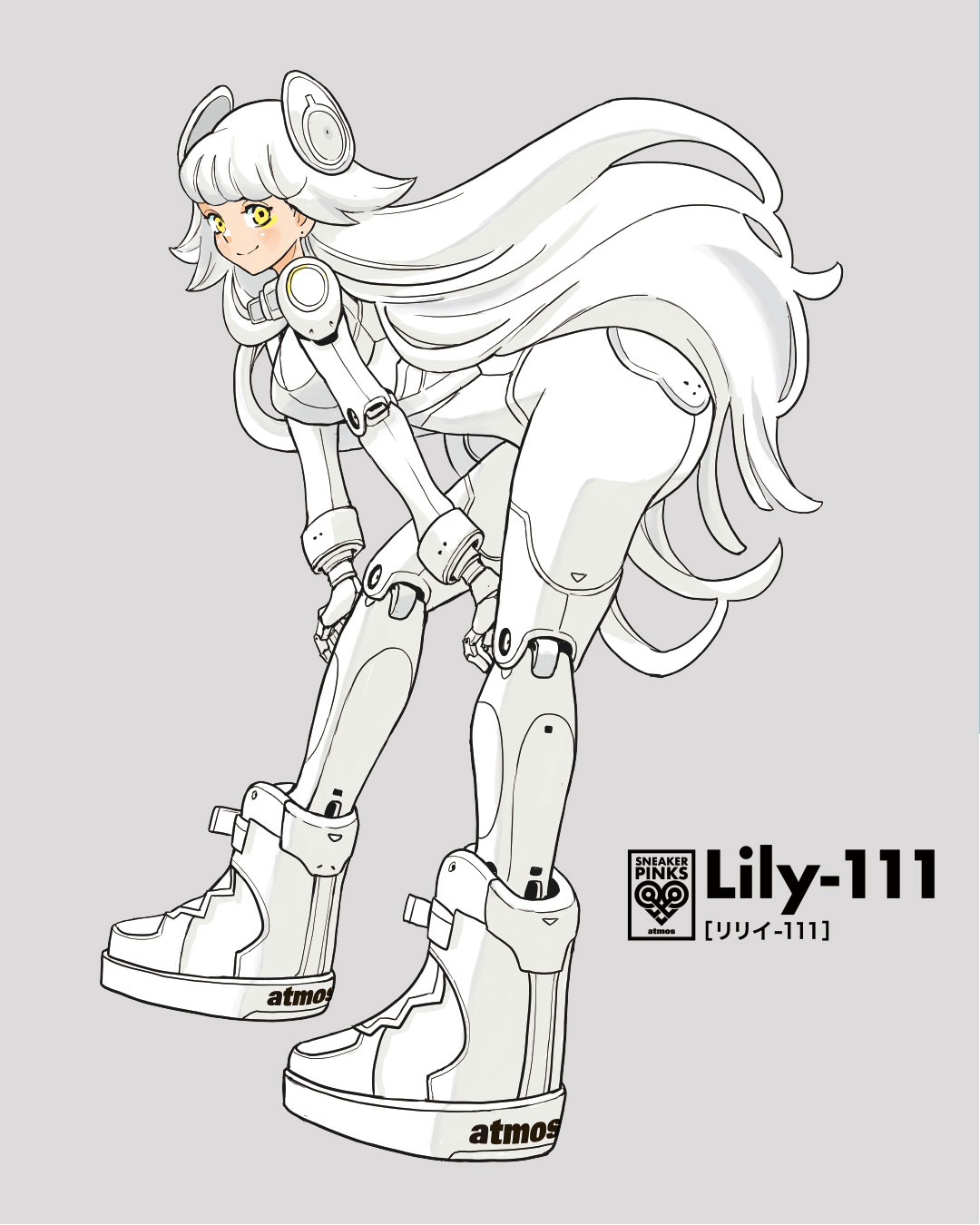 Personality: The idol character of PINKS, she has amassed plenty of male fans. With a calm personality, she’s always smiling. 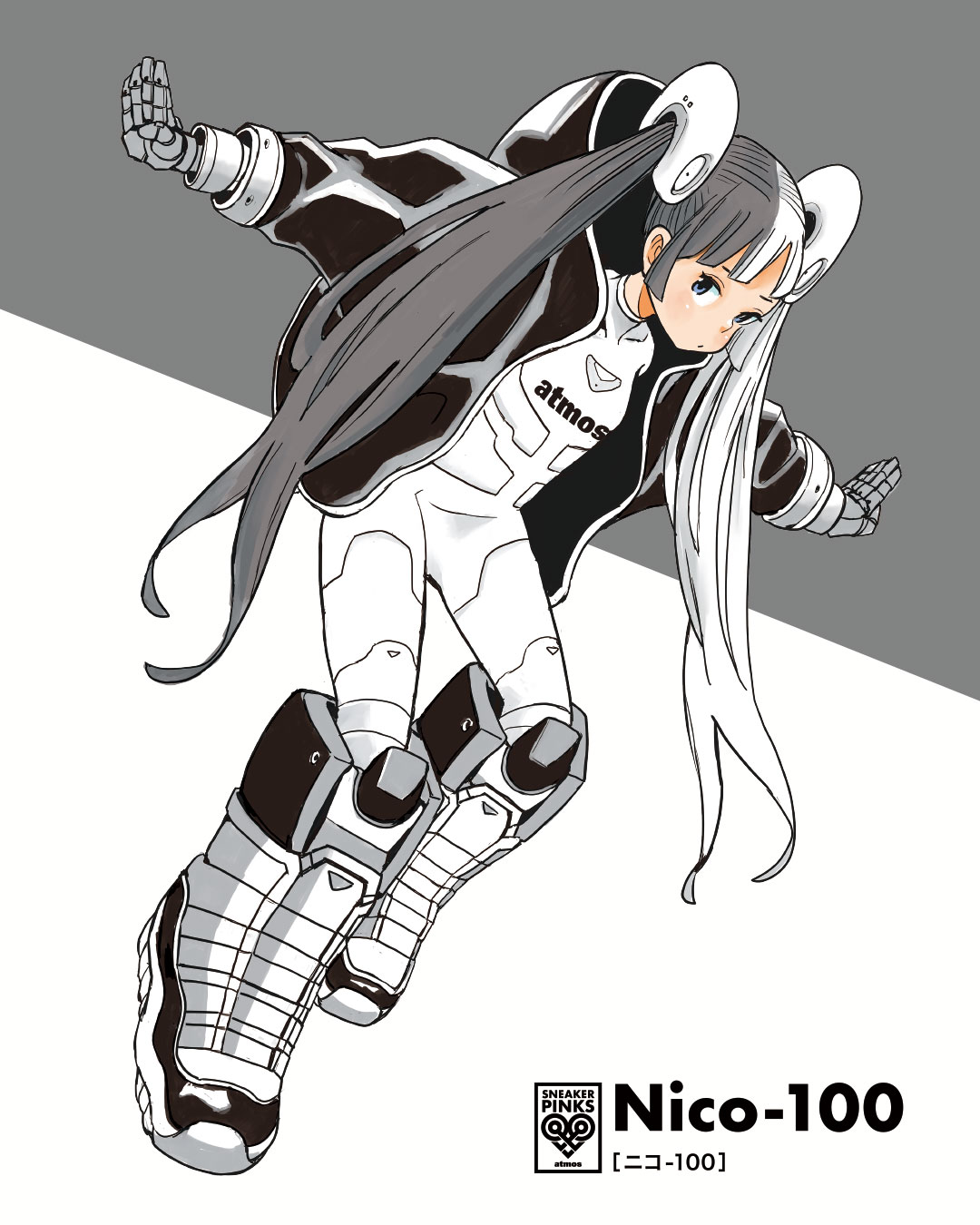 Personality: The group’s secret weapon, she’s packed with the latest technology.
Her ability to bury her enemies with ease has earned her the respect of the other members of the group. 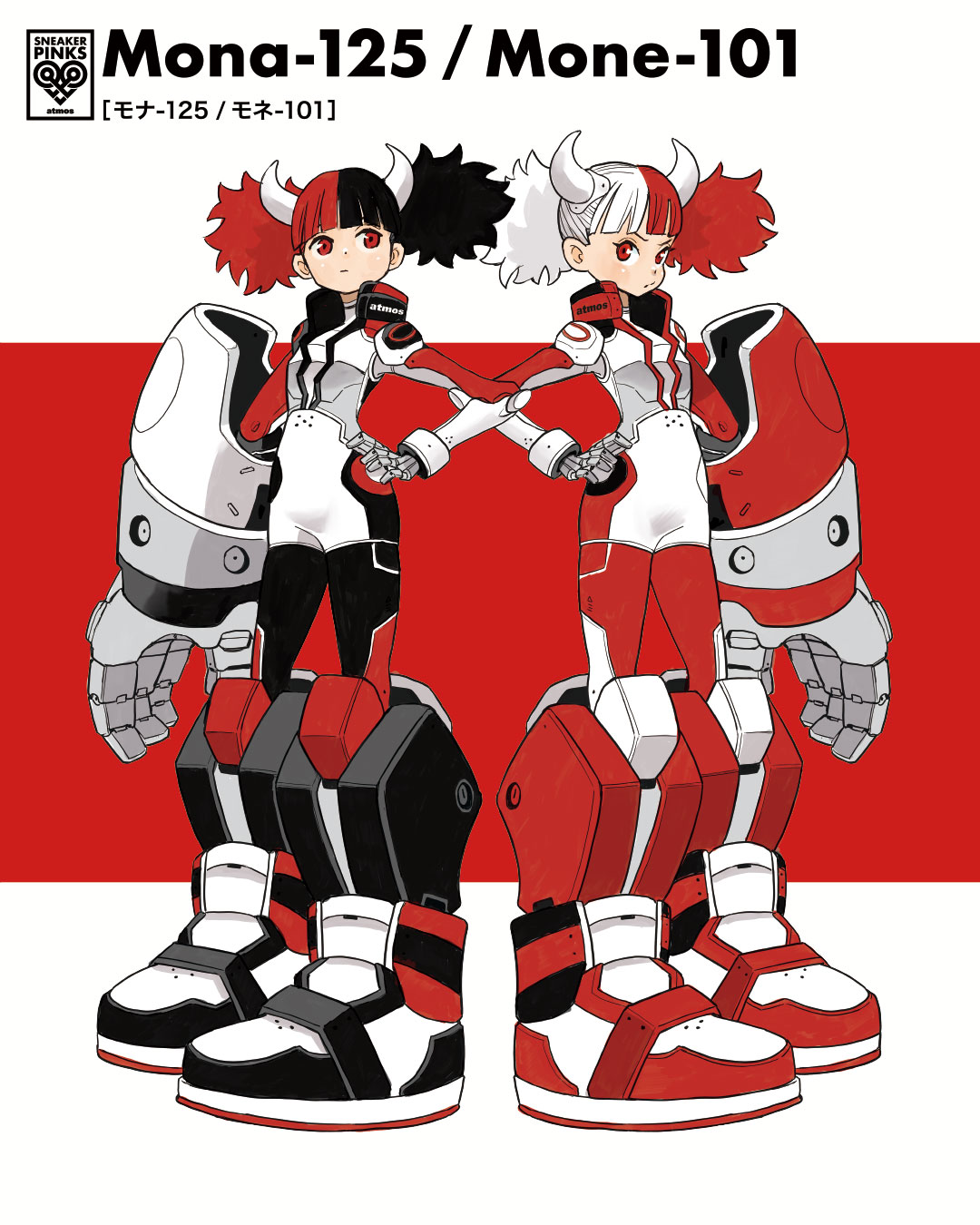 Personality: These twins have been around since the early days of the group.
With strong legs and massive arms, they’re as tough as they look.

Acky Bright has worked across a number of genres and mediums, including character design, concept art, and live painting. He has also provided cover art for DC Comics. For the third installment of this collaboration, 10 different sneakers were designed as ‘prototypes,’ with each being based on a specific mecha suit.

These unique characters and concept are still shrouded in mystery. Their identities and future developments will be posted on social media, so be sure to follow the official atmos account! Which girl is your favorite?