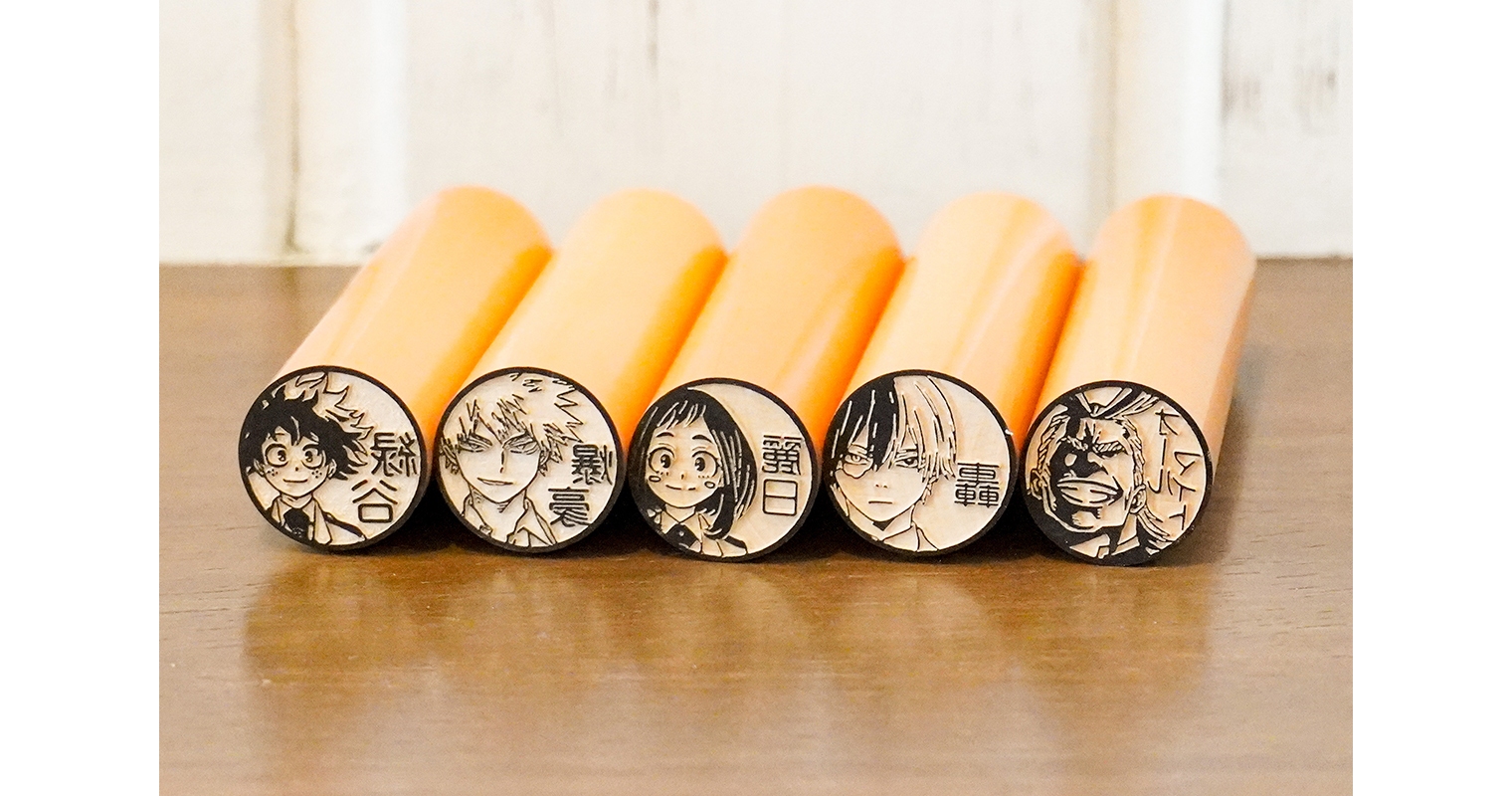 These order-made hanko stamps, which are used in place of signatures in Japan, let you pick your favorite character to be engraved along with your name or a word written in Japanese. 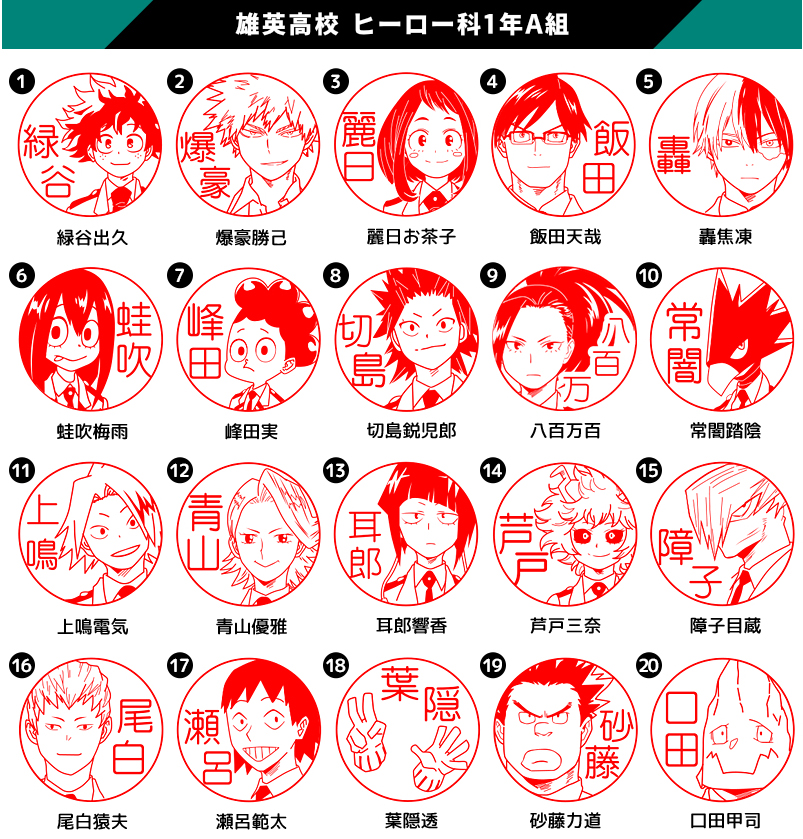 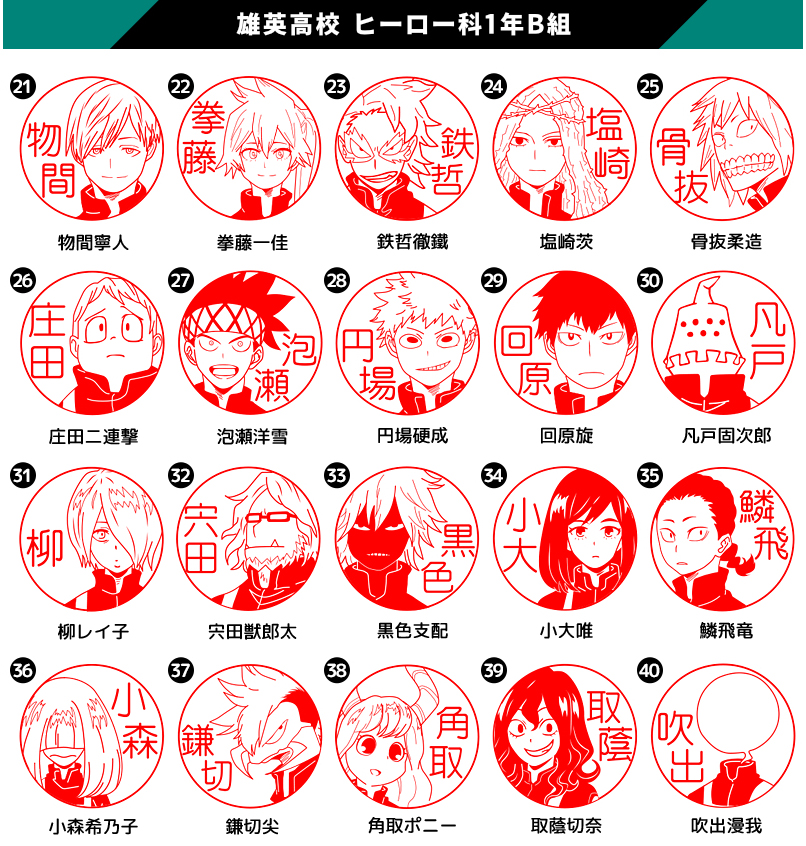 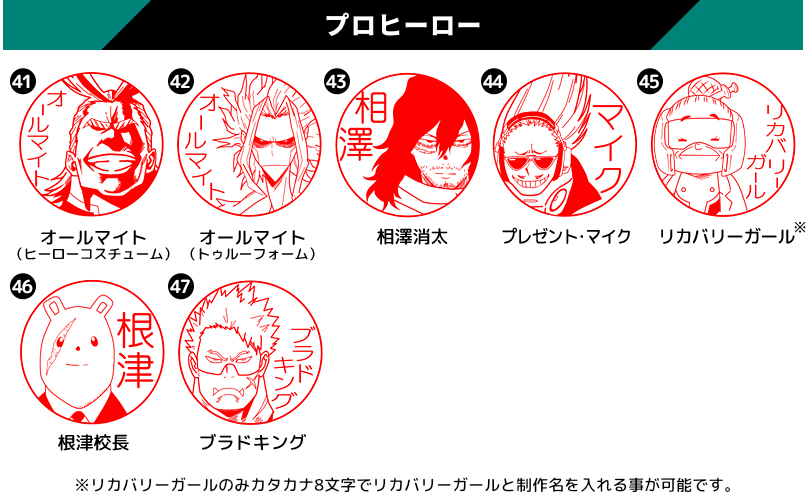 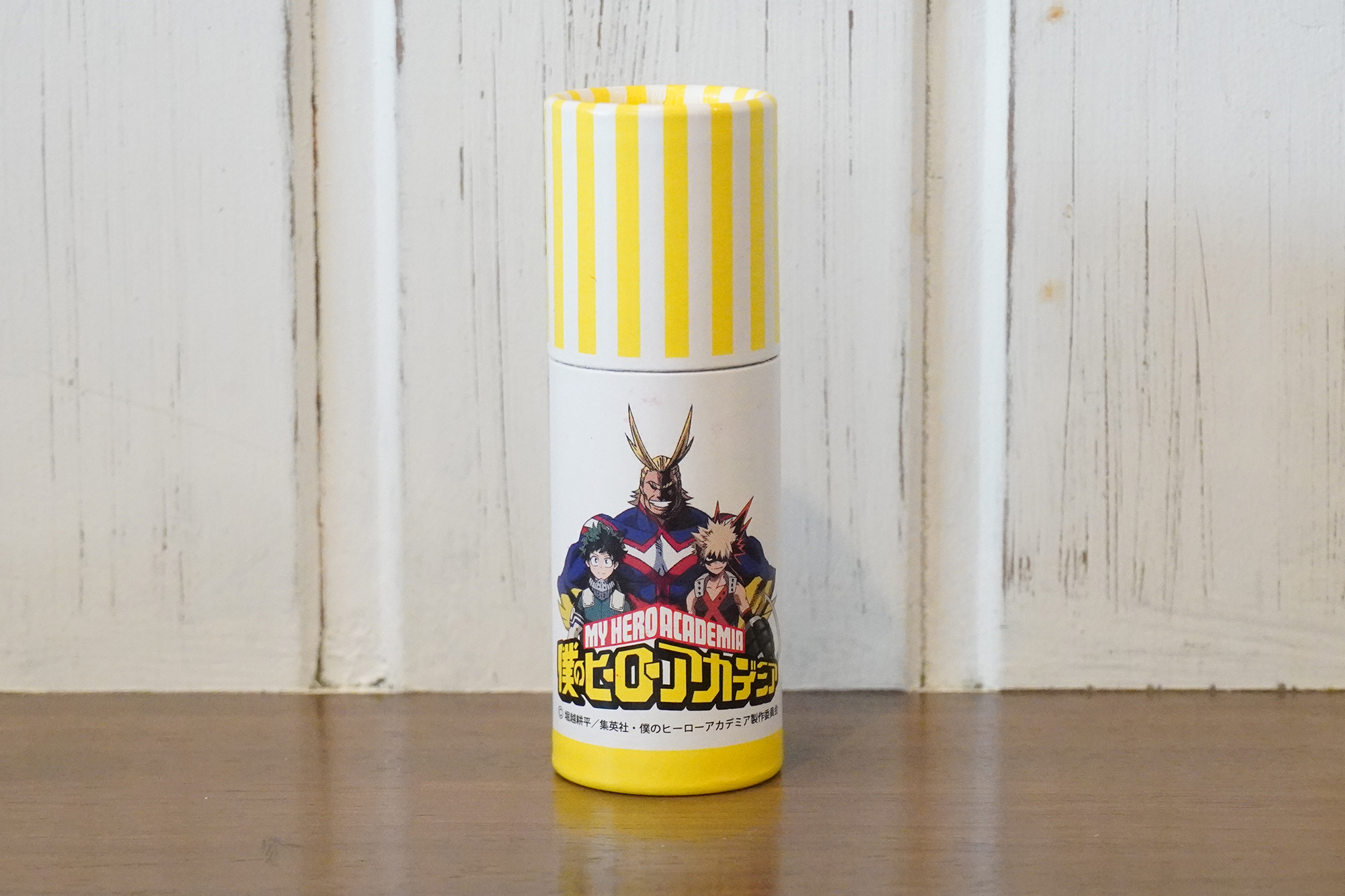 Customers can choose from three different fonts, from more traditional to more cute. If you don’t want to use these stamps as a signature, you don’t need to add your name! Feel free to add messages like ‘OK,’ or ‘Thank You,’ or any other brief comments.

*Add up to 3 kanji, 5 hiragana or katakana characters, or 6 letters from the Roman alphabet.

Fans can choose from a self-inking type of hanko, perfect for signing for packages, stamping memos, marking personal belongings, and more. You can also choose a more official stamp that can be registered for use at almost all banks in Japan. Both types come with an exclusive case featuring Deku, Dynamite, and All Might. 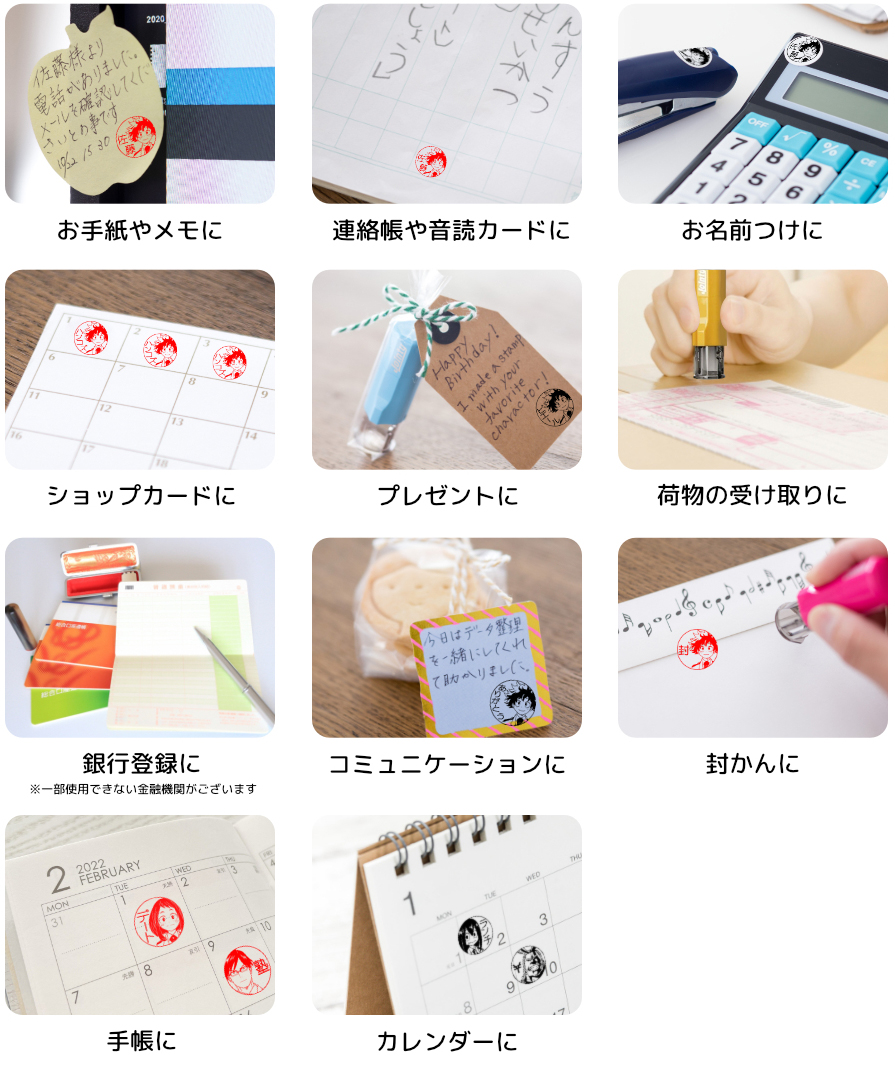 Which character would you want alongside your official signature?