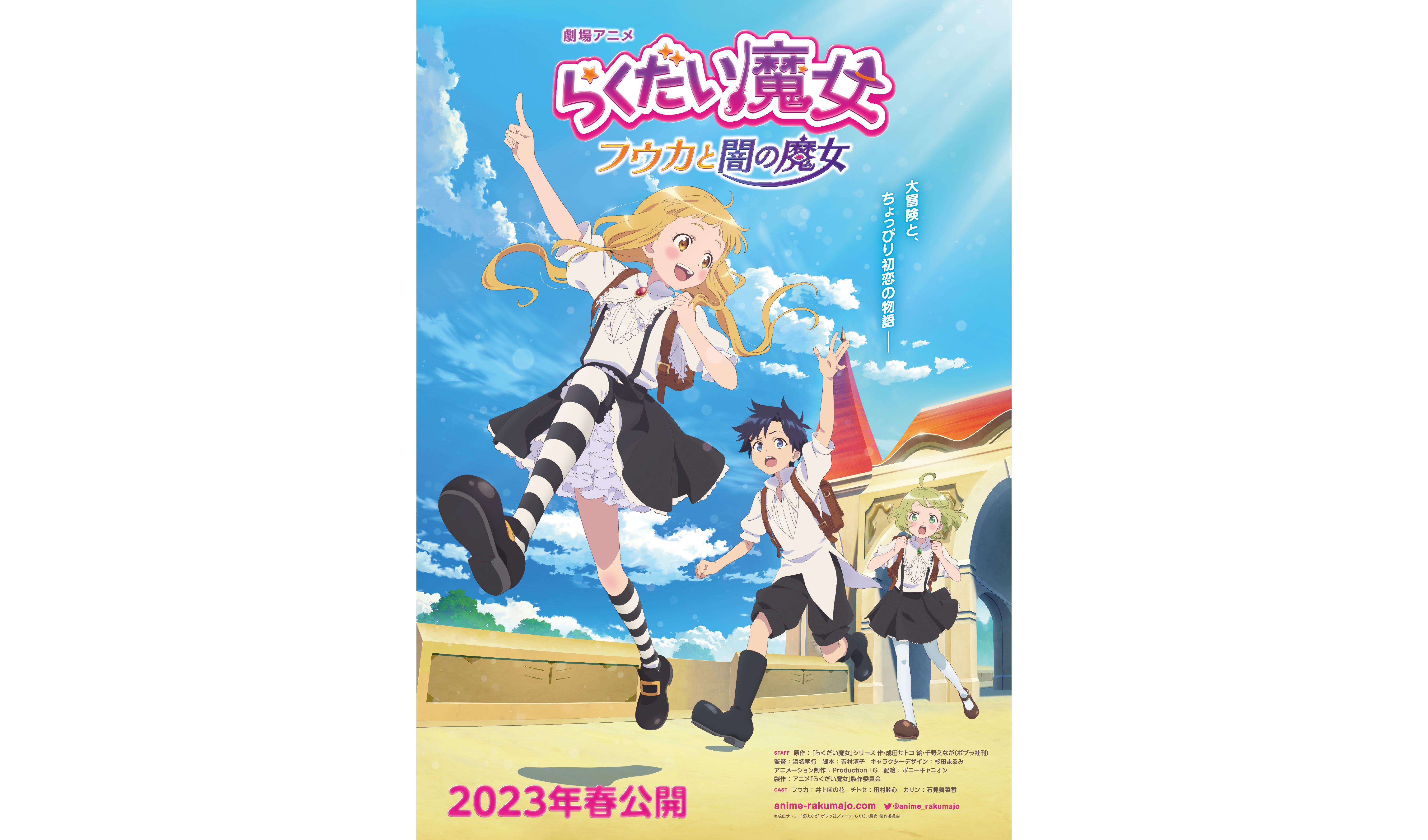 The first key visual for The Klutzy Witch: Fuka and the Dark Witch has been revealed. The main cast was also announced, with Honoka Inoue playing Fuka, Matsumi Tamura playing Fuka’s childhood friend Chitose, and Manaka Iwami playing another of Fuka’s friends Karin.

“I hope that both children and adults alike will come to the theater to enjoy the magic and fun together,” Satoko Narita, the original children’s book author, commented. Enaga Senno, the original illustrator, also gave a comment along with a new illustration. “I’m looking forward to seeing Fuka, Karin, and Chitose’s adventure!”

“I’ve always wanted to be a witch, ever since I was a little girl, so I’m extremely happy,” said Honoka Inoue. 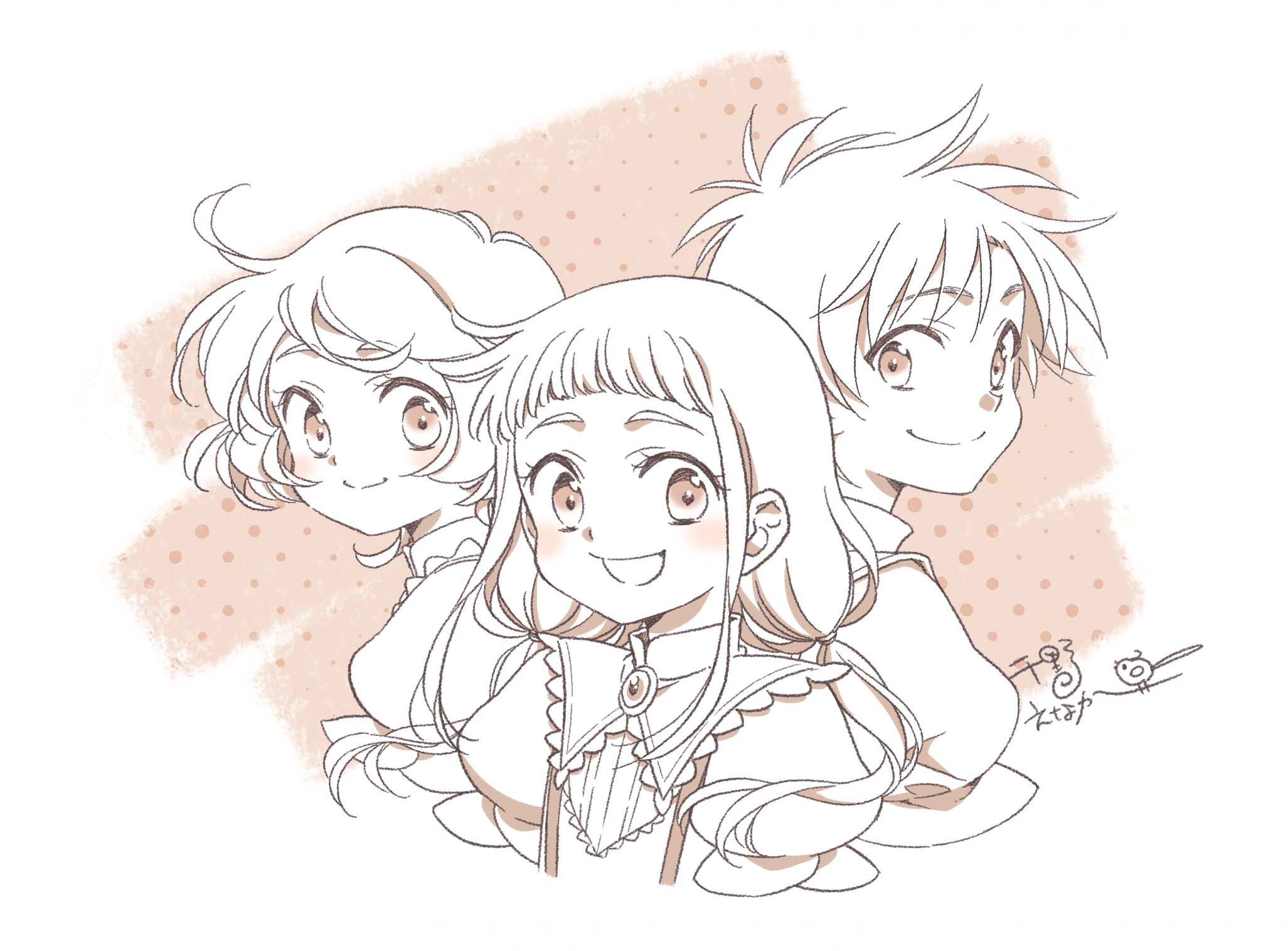 Produced by Production I.G, the film, directed by Takayuki Hamana and written by Kiyoko Yoshimura, will be released in Spring 2023. It’s based on the popular children’s book series which has sold over 1.6 million copies in total and will feature character designs by Marumi Sugita. Set in a world filled with witches and wizards, the story follows the apprentice witch Fuka after she breaks the seal of a dark witch who almost destroyed the world. 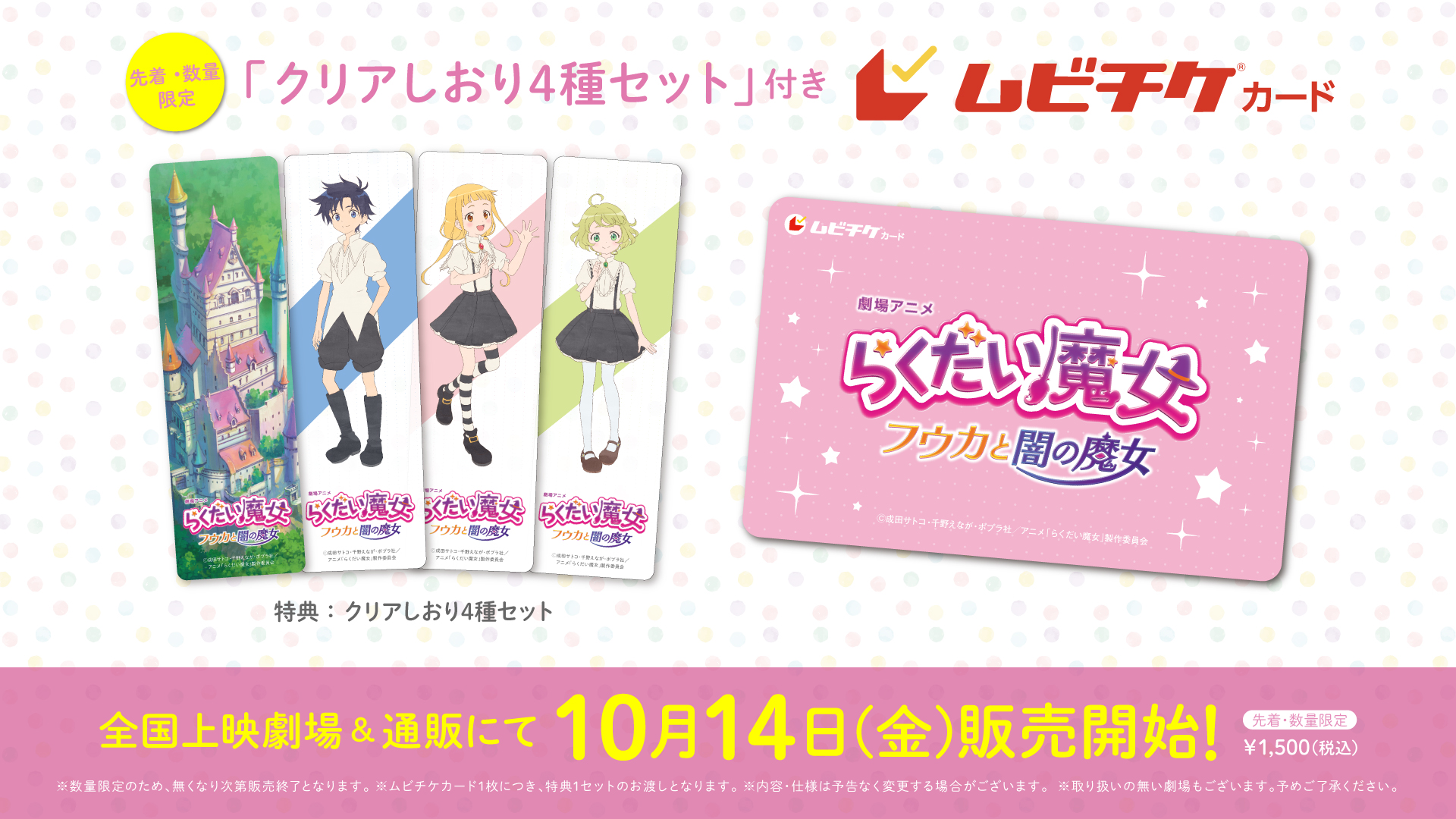 Movie tickets paired with a clear bookmark set will be available for preorder at select theaters and online starting October 14, 2022.

Next » Light Novel ‘Yumemiru Danshi wa Genjitsushugisha’ to Get Anime Adaptation in 2023, Trailer and Visual Released

The Klutzy Witch: Fuka and the Dark Witch