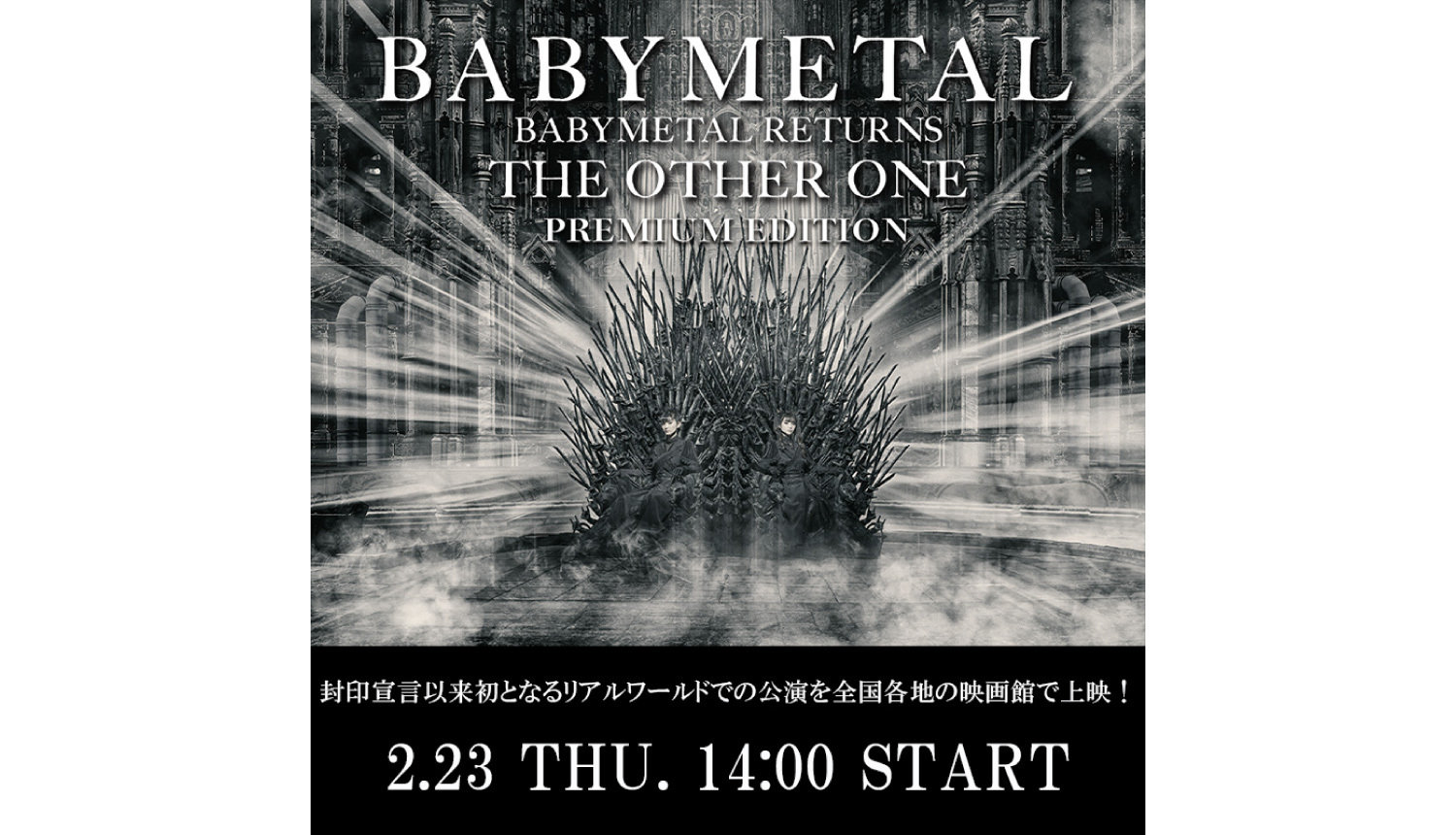 In October 2021, BABYMETAL announced that it would “seal” itself off from the world until
further notice. On January 28 and 29, 2023, BABYMETAL will hold the ‘BABYMETAL
RETURNS -THE OTHER ONE’ 2-day concert at Makuhari Messe in Chiba. It has been
announced that the long-awaited performance will be streamed in movie theaters the
following month, on February 23.

In the group’s first real-world performance since its rebirth, BABYMETAL will remind
audiences of how powerful they have been over the past decade. Returning through the
virtual METALVERSE to perform in another world audiences never knew existed, THE
OTHER ONE is a plan to restore BABYMETAL to its former glory while also treating fans to
an entirely different side of the band.

On March 24, BABYMETAL will release the concept album THE OTHER ONE worldwide.

After more than a year of silence, BABYMETAL is finally moving forward. Be sure to head to your local theater on February 23 to see the band in action once again!