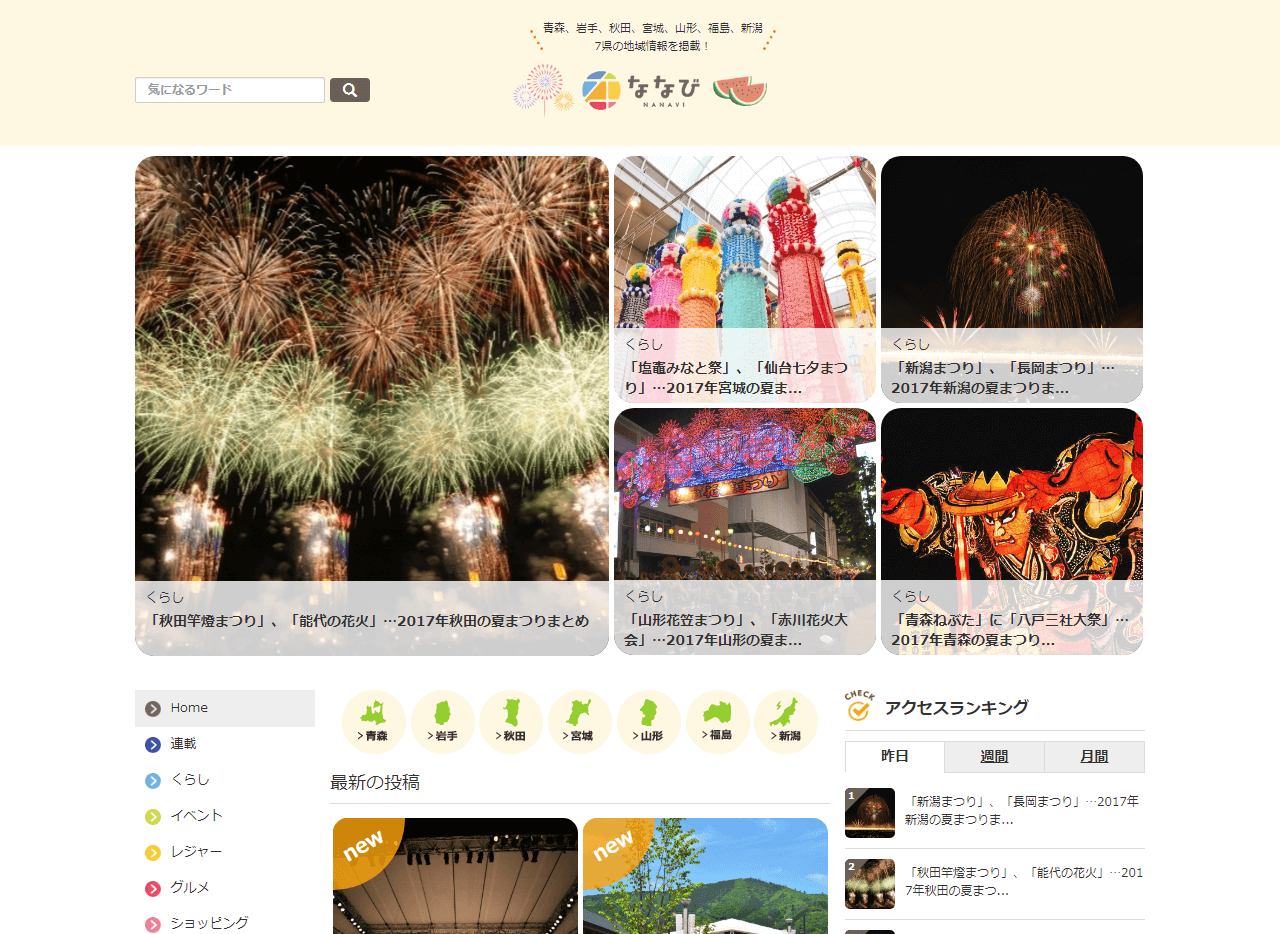 Nanavi is a news website that provides information on seven prefectures in Japan: Aomori, Iwate, Akita, Miyagi, Yamagata, Fukushima, and Niigata. New reports for 2018 detailing must-see information for these prefectures is currently spilling forth.

Secret Charms of Yamagata: The Foot of Mount Zaō!

Yamagata-shi, the capital of Yamagata Prefecture, is a place of scenic and natural beauty famous for many reasons, including being home to the Zaō Onsen and being the stage for Matsuo Basho’s poems, the most famous Edo period poet. It’s a popular tourist with a very unique culture, including a big food culture that centers on imoni simmered potatoes, ramen and more.

Snow, apples… we’re talking wintertime in Aomori! Aomori Prefecture is the leading producer of apples in Japan. Its city of Hirosaki is known as ‘apple town’ and celebrates winter with the Ringo Kouen Winter Festival (Apple Park Winter Festival) where you can enjoy their famous apples together with the piling snow. There are plenty of fun workshops and activities to enjoy – and you can even try eating a cooked apple.

Aomori-shi, the capital city of Aomori Prefecutre, hosts the Aomori Yuki Akari Matsuri (Aomori Snow Light Festival) where your heart and mind will be healed by the soft, warm lights possible only in winter.

The ‘Iwate Snow Festival’ is held in the town of Shizukuishi in Iwate Prefecture. When talking about ice sculptures in Japan, most people will think about those at the annual Sapporo Snow Festival, but the sculptures in Iwate are also a dazzling sight to see. When lit up, they are truly impressive. The festival also holds various exciting events.

The latest reports also highlight ‘Iwachu Tekkikan,’ a long-standing shop that shelves traditional handicrafts and ironware form the south. They have typical traditional items as well as more colourful and contemporary ones.

News from Akita Omoriyama Zoo puts spotlight on the “Yuki no Doubutsuen” (Snow Zoo) that is praised every year. During this event, you can examine bears in hibernation, as well as witness how animals live life in the snow. It’s a fresh experience indeed, made possible only by this special zoo that is situated in a region that receives heavy snowfall.

In the city of Odate, they will hold an event titled ‘Hinai Tori no Shi’ where you can try eating Japan’s 3 main chickens that have been locally raised, Kiritanpo and lots of other delicious food.

Fukushima has a lot of snowfall. ‘Urabandai Lake Resort’ is a spot where you can enjoy fun winter activities to the fullest. All items in the establishment are free to rent and use. If you’re looking to enjoy yourself, then this snow country is the place to be.

The new year has arrived, which means the real winter is here for these prefectures. Although the cold is bitter, the snow country shines even brighter in winter.

If you’re thinking of heading to Tohoku or Niigata, be sure to check “Nanavi” first!