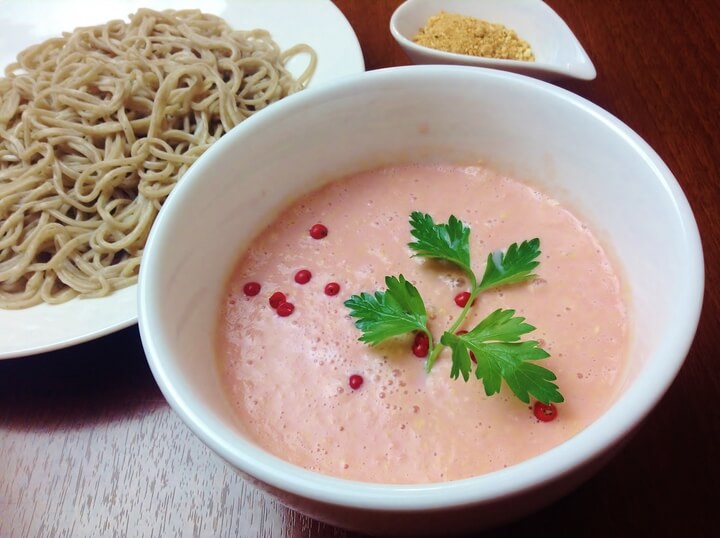 SOBA CAFE was created under the theme of “making a soba shop where women can enter alone,” and the café opened on the 24th of December 2014. The store located along an alley close to Shin Okubo and it is popular among women and their original and unique soba dishes and fruit nabes (pot) which are suitable to be uploaded on your SNS, has been gathering much attention.

Their new menu “Haruiro Vege Pota Tsuke Soba” uses lots vegetables such as fresh potatos and corn and one can eat soba with a warm dipping soup that tastes like potage. The dipping soup and ground vegetables go well with soba since it uses a Japanese-style broth. Also, the baked cheese used as a topping adds a mildness and special aroma to the dish.