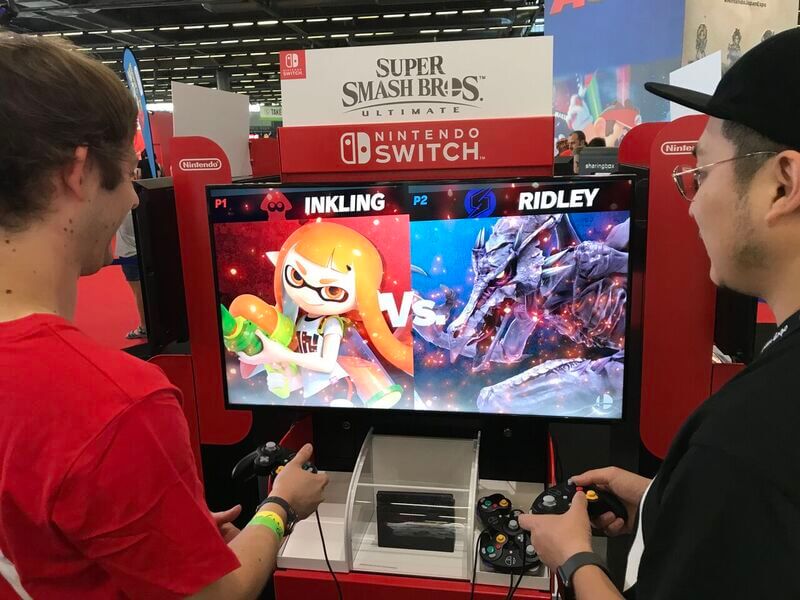 Nintendo attended this year’s Japan Expo in Paris, which ran from July 4 to 8. They were set up in a 1,300m² space where fans had the opportunity to try out the highly-anticipated next entry to the Smash series, Super Smash Bros. Ultimate, which is set for release on December 7, 2018.

MOSHI MOSHI NIPPON had the opportunity to play the game at the event. Here’s our report. 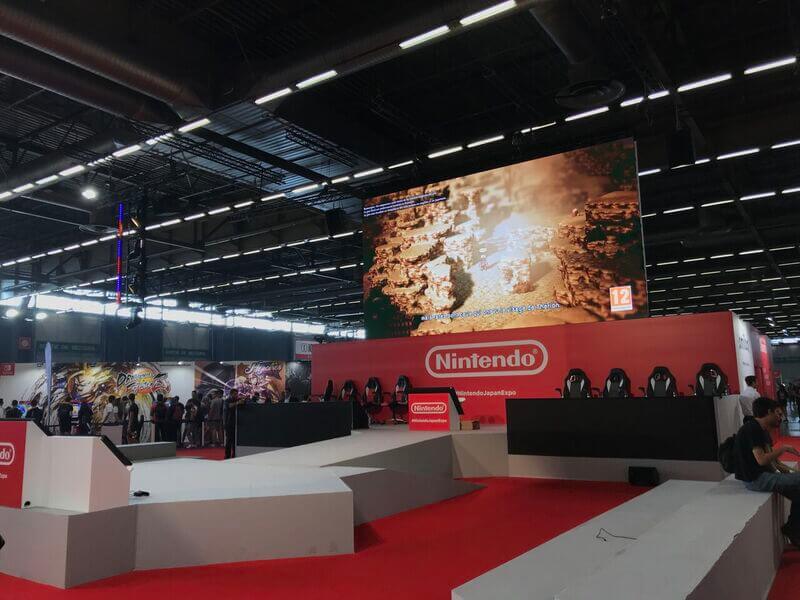 Nintendo’s huge area stood out from the other booths at the event. People could try playing Splatoon 2 and Nintendo Labo, and there was a stage area that could fit around 1,000 people. They really had it all.

Fans could even take a photo with their favourite characters. 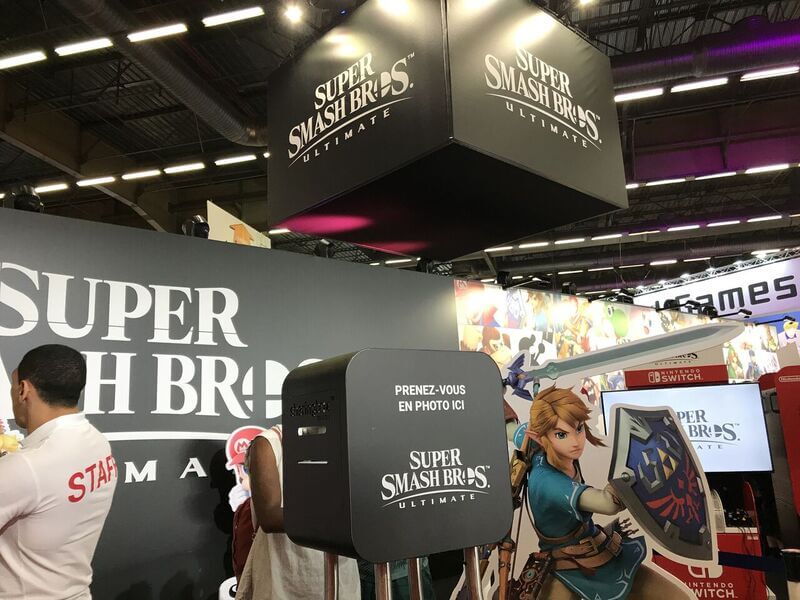 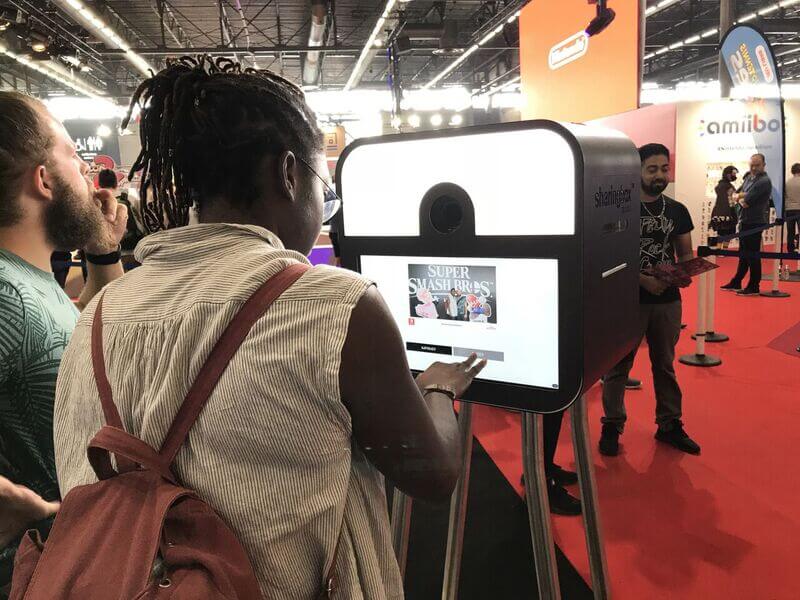 Onto the main event – the Super Smash Bros. Ultimate booth. Despite it being 9:00am the line was huge! 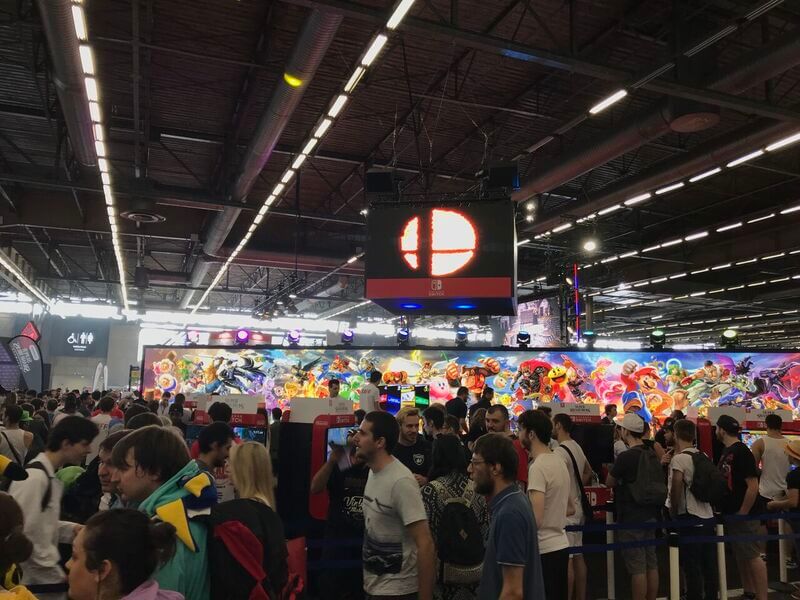 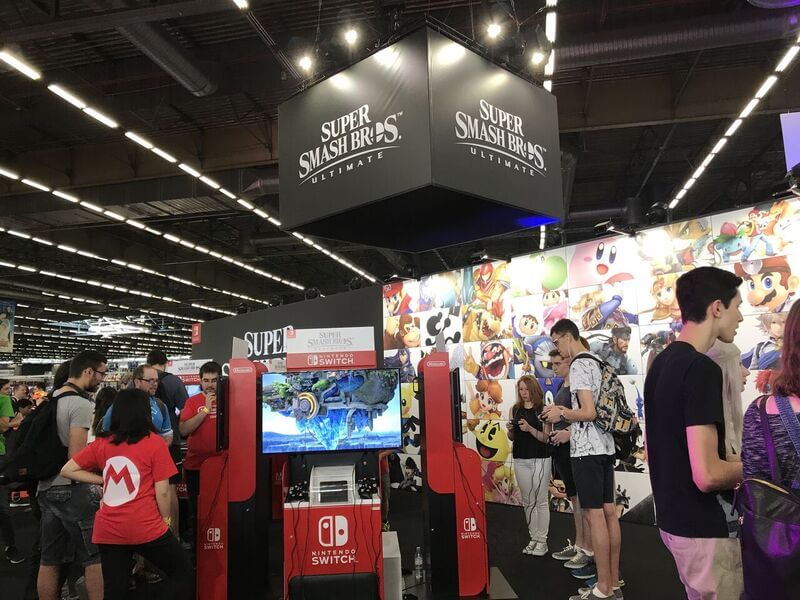 Here it is, the new Smash game. As a side note, did you know the title of the game is different in Japan? In Japan it’s called Super Smash Bros. Special. 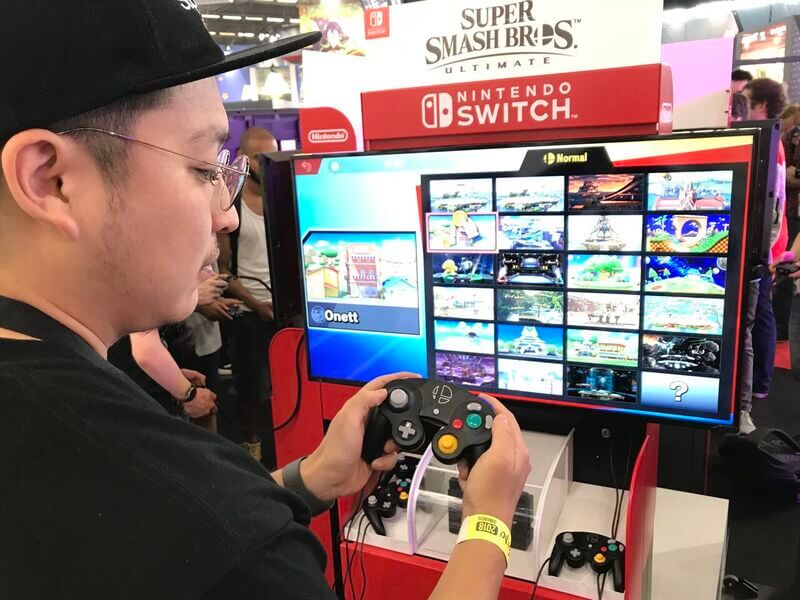 The GameCube controller is compatible again just like with Super Smash Bros. Brawl. It feels great to hold and the L, R, A and B buttons are nice and easy to press. 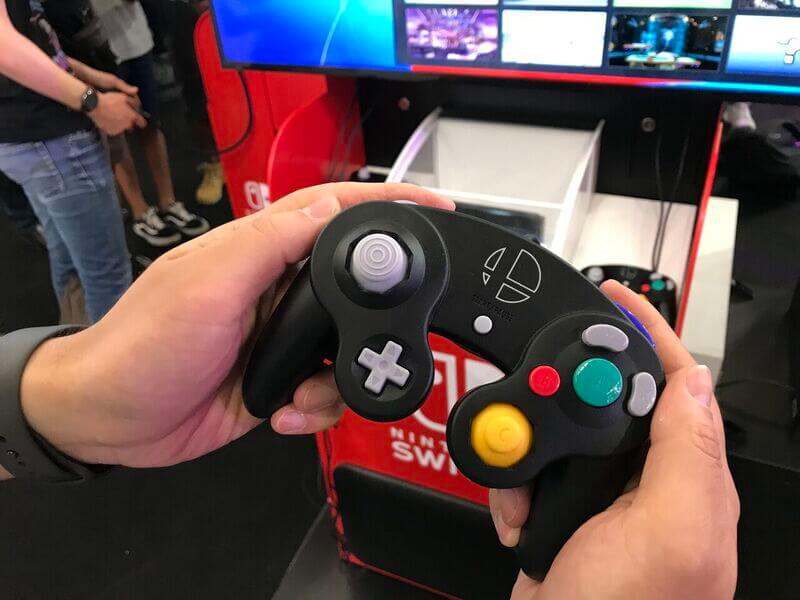 The middle of the controller is decorated with the iconic Smash symbol.

His fingers were itching to play as Kirby first. The opponent was chosen randomly and ended up being the Pokémon Trainer. 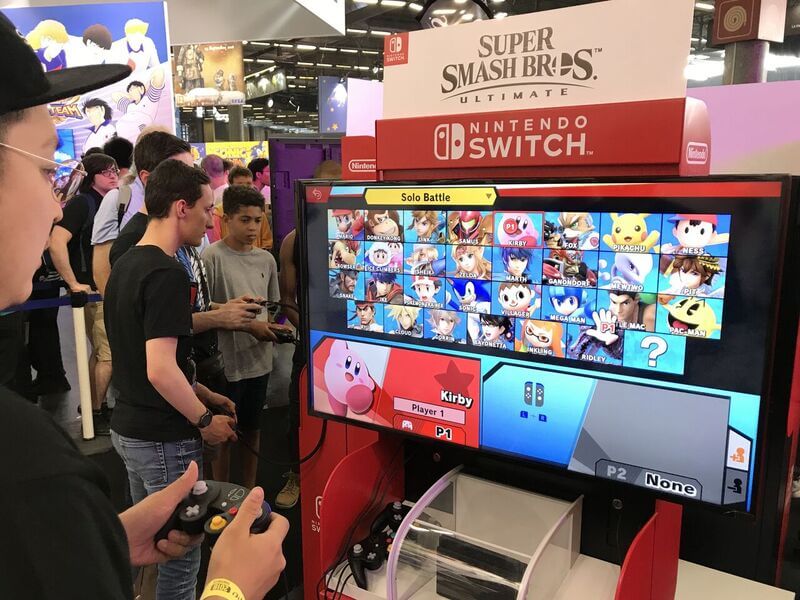 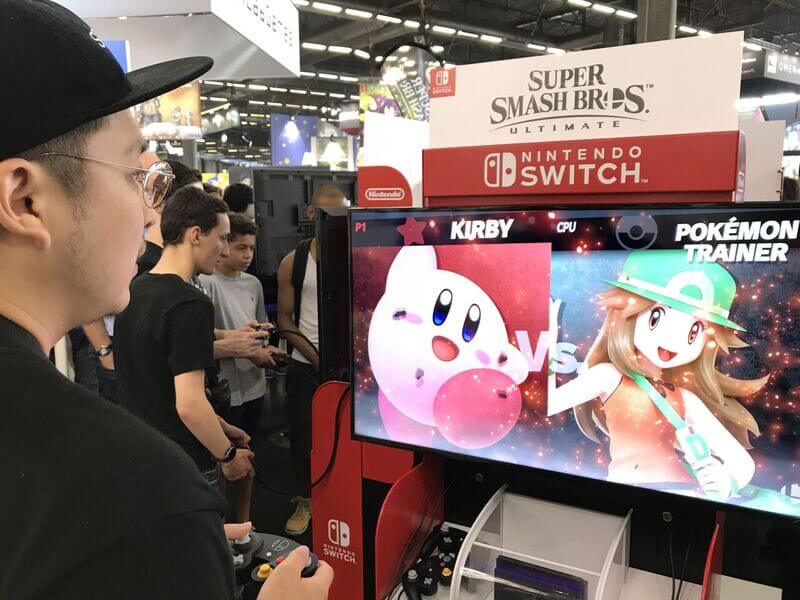 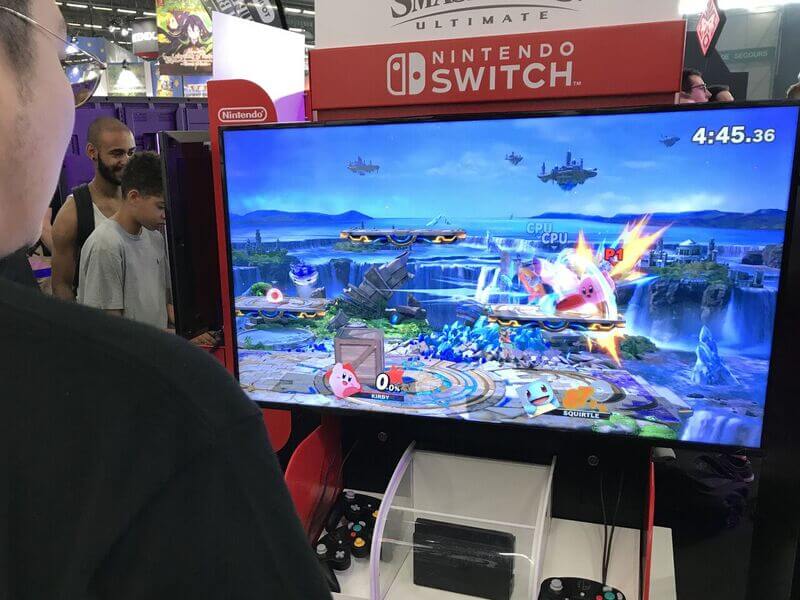 The in-game movement feels smoother than previous titles in the series and the response is much quicker.

Also, in the other games you were never able to freely move and attack while in mid-air, but in Ultimate you can move up, down, left and right after jumping. 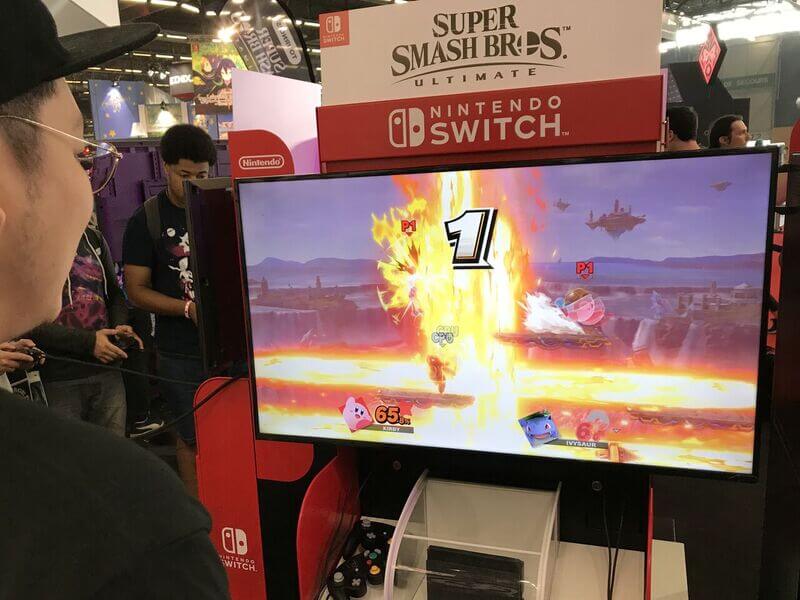 Bomberman is assisting us with his bomb explosion

The characters’ special moves, including Kirby, have changed. We wanted to try out some of the other characters too, but we ran out of time. We’re definitely excited to see the rest of the special moves once the game comes out.

Let’s check out some of the new characters that have been added to the franchise. There’s Daisy from the Mario series, Inkling from the Splatoon, and Ridley from Metroid.

First up we saw Inkling and Ridley. We also chose the new stage Moray Towers which is from Splatoon. 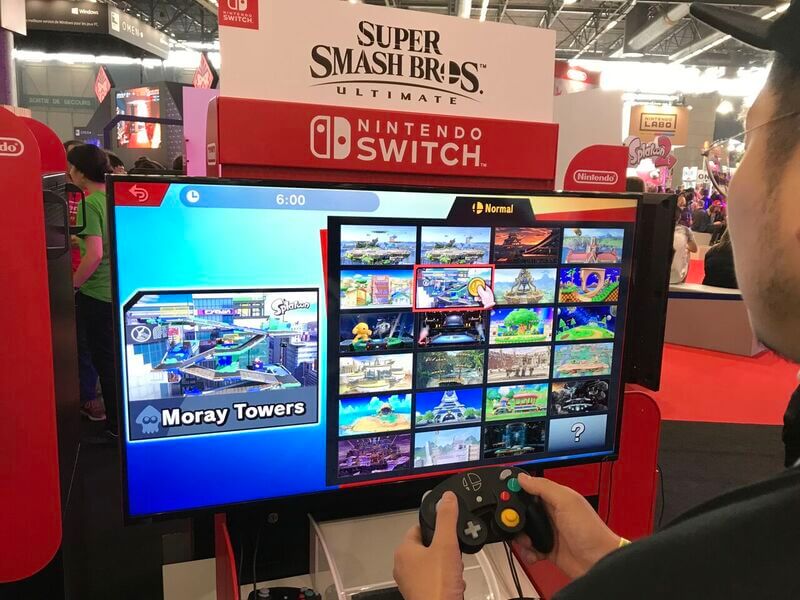 You have to move up and down on Moray Towers which can be a little difficult if you’re not used to it. 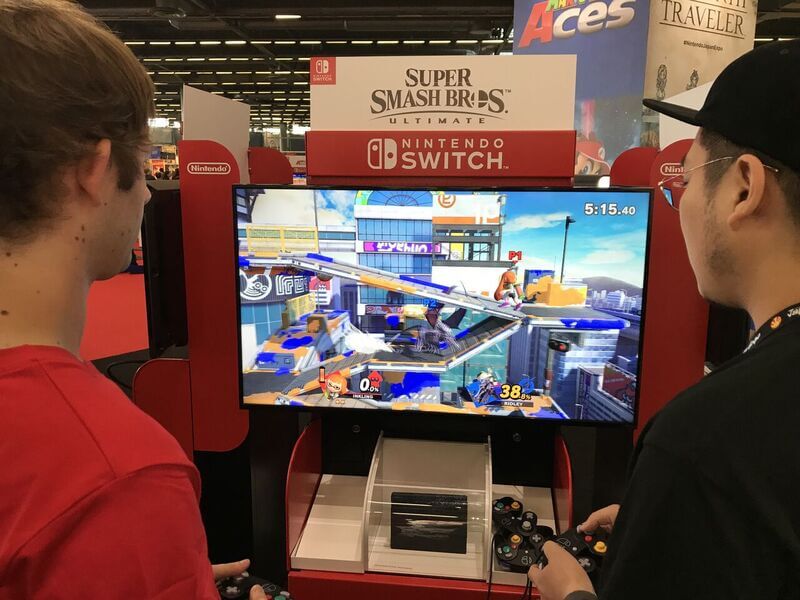 Inkling uses paint and ink tanks for her moves just like in Splatoon. 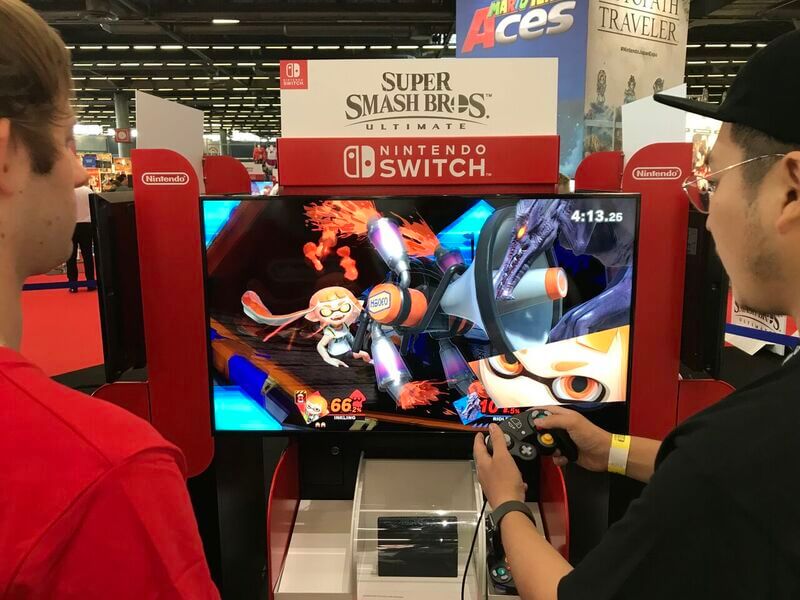 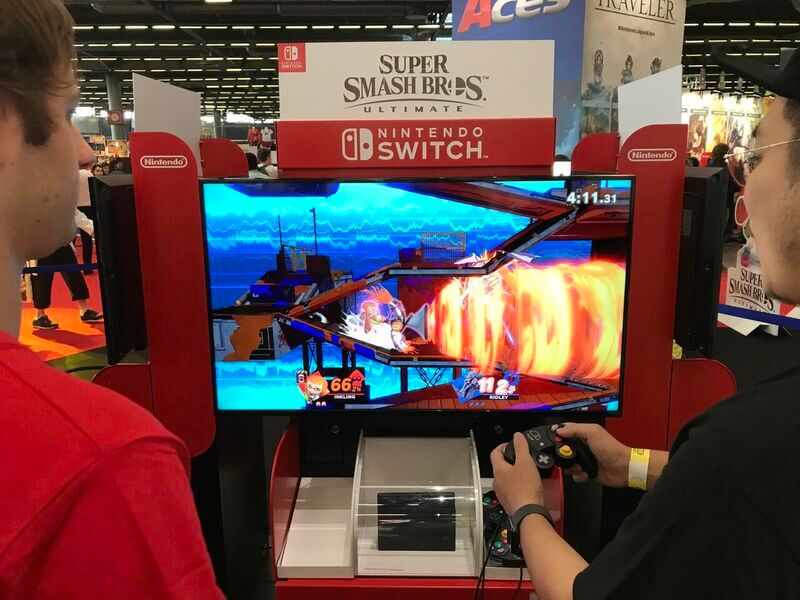 And Ridley’s move set works kind of like Charizard. 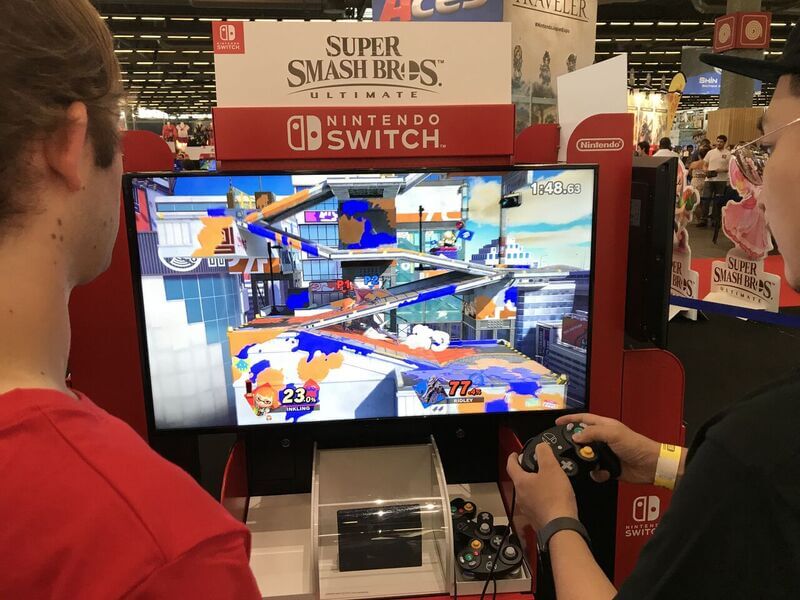 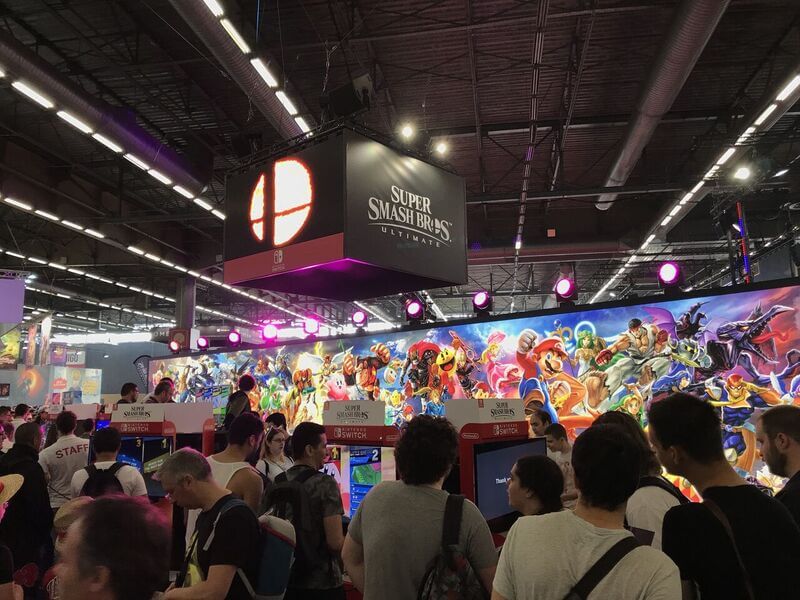 We heard from a member of staff that characters who used similar moves up to now have been given their own original abilities.

For example, Fox, Captain Falcon and Wolf have all had similar abilities up to now, but in the new game they are decked out with their own skill sets, so they all play differently.

Having gotten our fill of the game, this ends the report.

All the characters from the first title up to now will feature in Ultimate. The game is perfect for anyone who hasn’t gamed much recently and were crazy for Smash when they were younger.

Look out for Super Smash Bros. Ultimate coming to Nintendo Switch on December 7.

③Several characters now decked out with their own unique abilities