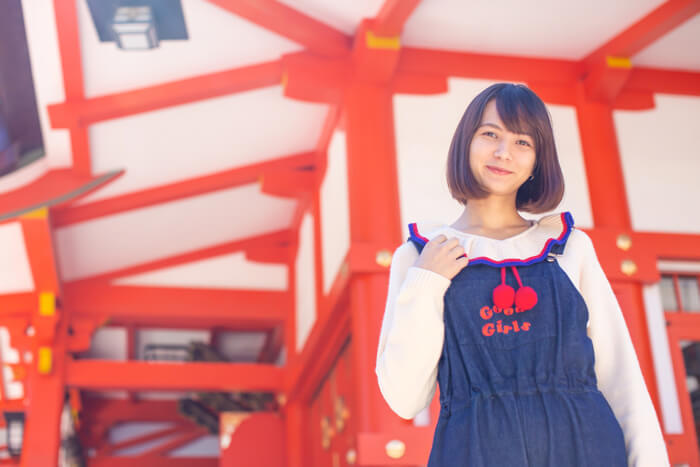 In the Tokyo Stroll series, we take you on a trip to various locations around Japan’s capital. One of the frequent locations are shrines where our navigator Ellie adds to her goshuin collection.

Today, Ellie visits Hanazono Shrine in Shinjuku which is famous as the place where the Tori no Ichi Festival is held, an open-air market that takes place every November. 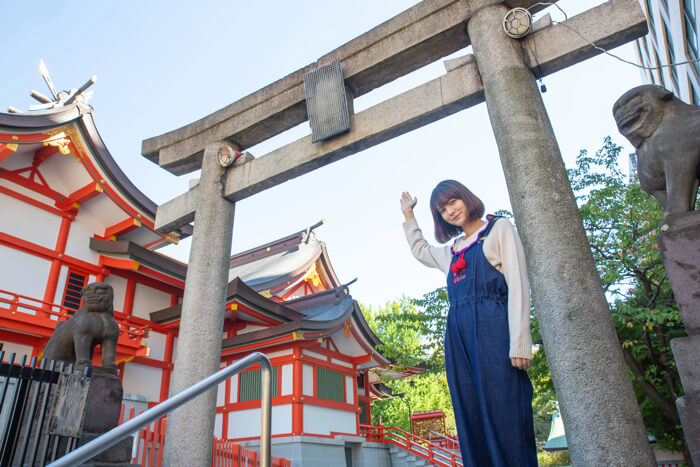 The closest station to Hanazono Shrine is Shinjuku-Sanchome Station. The shrine is within mere seconds’ walking distance from the station’s E2 exit. An alternative route is from Shinjuku Station from which it is just a 7-minute walk. The shrine is smack in the middle of Shinjuku and near the Shinjuku City Office and Shinjuku Golden Gai. 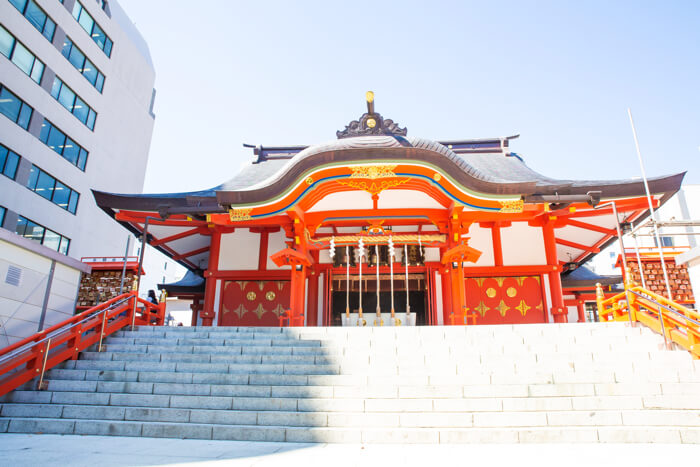 Hanazono Shrine has been the tutelary shrine of Shinjuku since Tokugawa Ieyasu and the shogunate ushered in the Edo Period. It was originally located where Isetan Shinjuku stands today but was moved in the early years of the Edo Period to part of the garden belonging to the suburban residence of the daimyo of the Tokugawa Gosanke. It is there that many flowers bloomed into a beautiful flower garden which is where the shrine’s name originates – Hanazono Jinja (“Flower Garden Shrine”). Since then it became a place where many come to gather and worship the shrine as the protector and flourisher of Shinjuku. 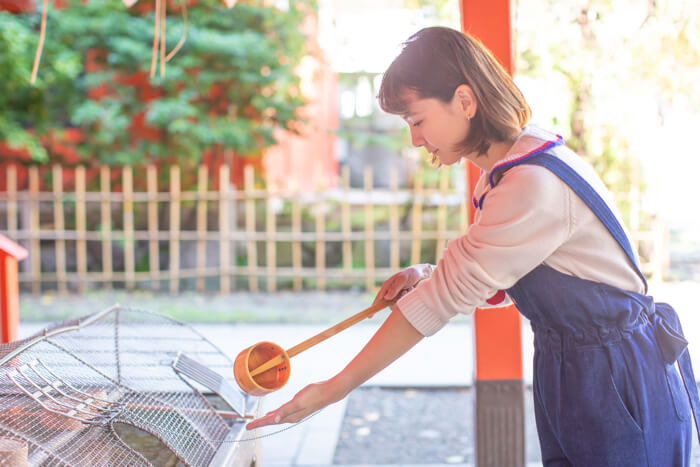 Before heading to the main shrine to pray be sure to cleanse yourself beforehand at the chozuya (also known as temizuya). Firstly, take the ladle with your right hand, scoop up plenty of water, and rinse your left hand. 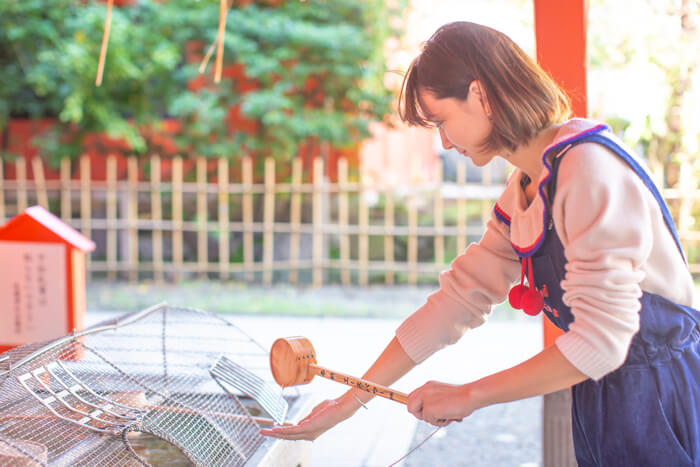 Next, switch hands. Hold the ladle with your left hand and rinse your right. 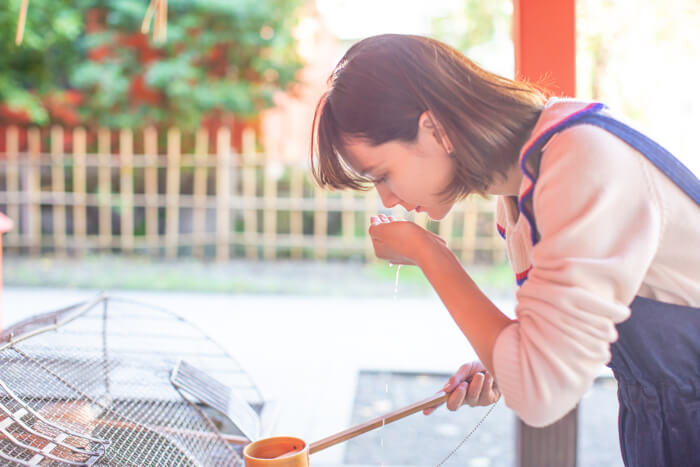 Then take the ladle with your right hand once more, pour some water into your left hand and rinse your mouth. Never bring the ladle directly to your mouth, and do not swallow the water or spit it back into the basin. There will be an area below the basin, like a bed of rocks, where you can spit the water out. 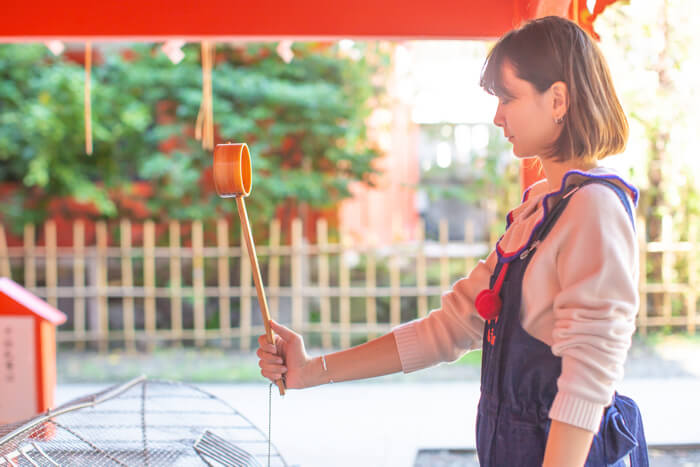 After rinsing your left hand one more time, use the pour remaining water to cleanse the handle of the ladle before returning it for the next person to use. 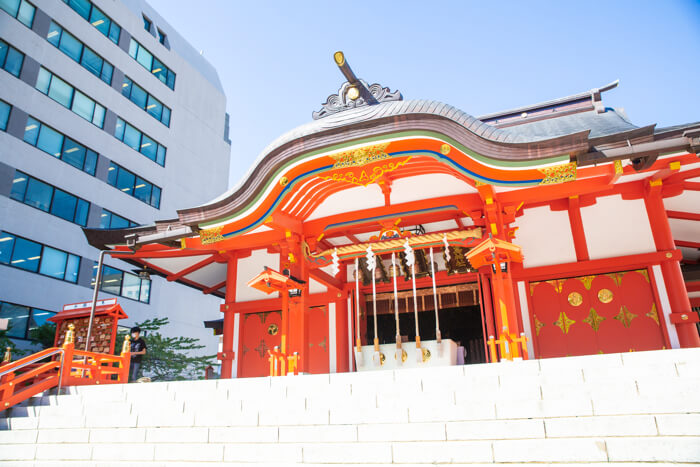 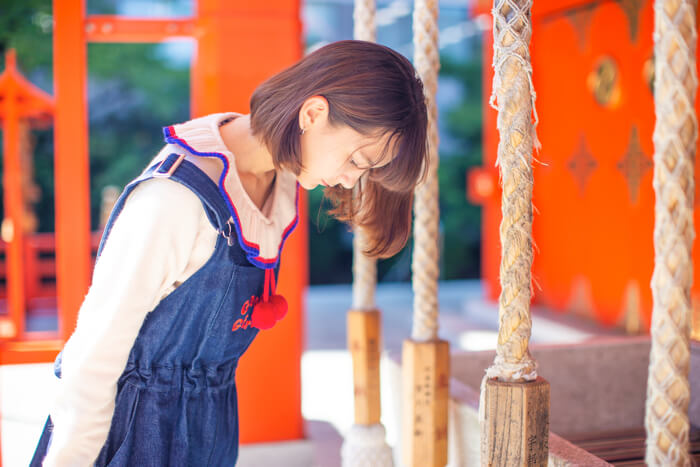 After placing a donation into the offertory, it’s time to pray. The rule is: two bows, two claps, one bow. Straighten your posture and begin by bowing twice. 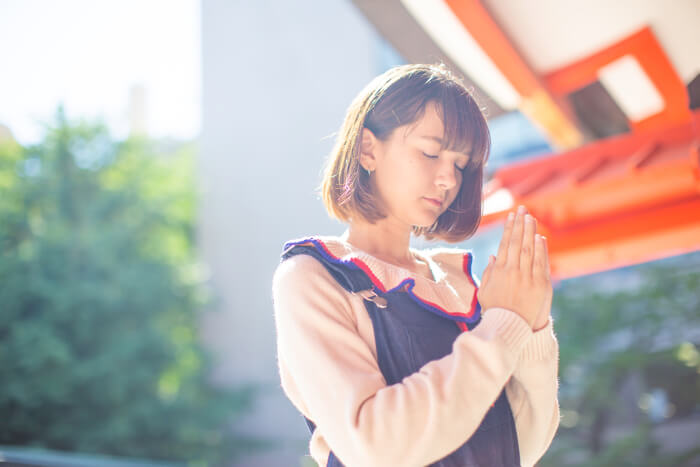 Clap twice, pray, and bow one final time to finish. 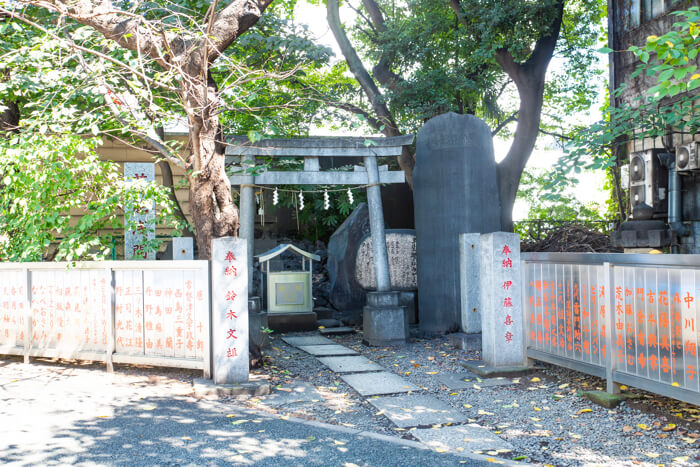 You’ll also find the Geino Asama Shrine in the shrine grounds where Konohanasakuya-hime is enshrined. Since the Edo Period it has had deep ties with those in the entertainment industry such as actors and dancers so it is famous for receiving many offerings from those associated with the business including plays and songs. A tanka poem by Keiko Fuji, the mother of internationally acclaimed Japanese singer Hikaru Utada, is even placed beside the shrine. 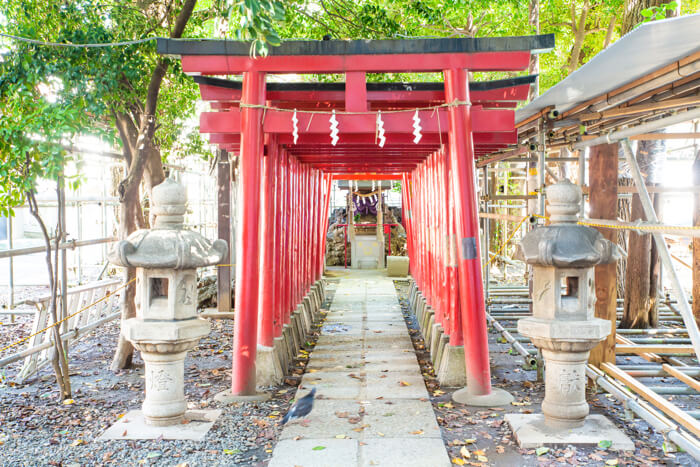 There’s also another subordinate shrine called the Itoku Inari Shrine. It’s very popular with Japanese women for its associations with harmonious marriage, child-bearing and romantic realisation. There are red torii gates leading to the shrine which were given as an offering. When you walk through them feels like you’re stepping foot through the tunnel of the spirit world. 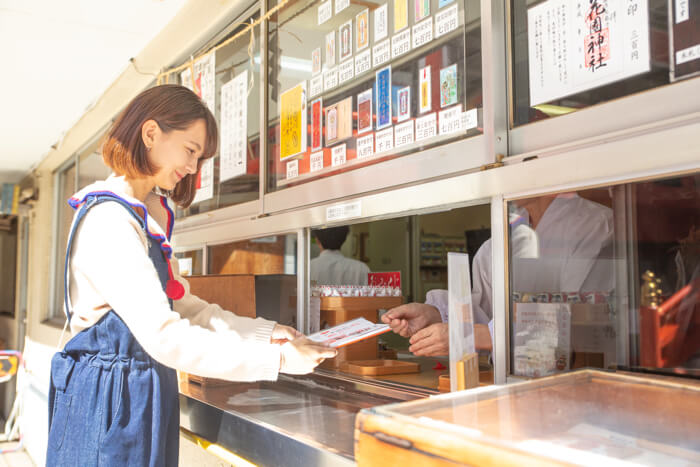 After praying Ellie went to collect her goshuin which cost just ¥300. 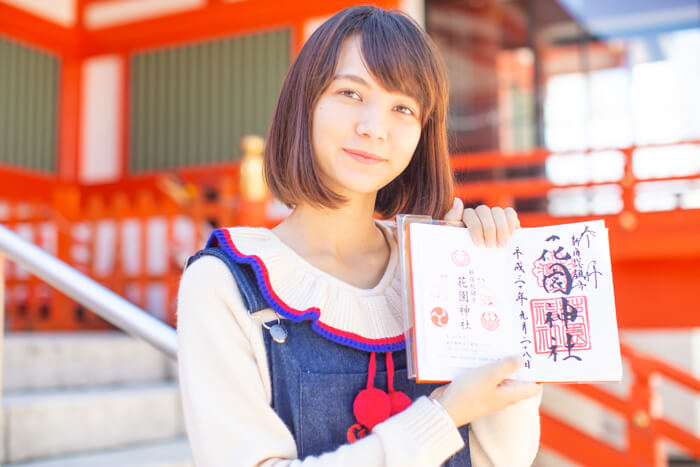 The goshuin is simple, reading the date on which Ellie visited and kanji reading “Shinjuku’s Tutelary Hanazono Shrine.” The plum blossom design is very typical of Hanazono Shrine. The Tori no Ichi goshuin also includes the Bird Day.

The Tori no Ichi Festival has continued since the Meiji Period and takes place of the days of the Rooster. This year it will take place on October 31, November 1, November 12, November 13, November 24 and November 25. The loud voices of thriving stalls at the market is a familiar and nostalgic sound of a town ready to welcome December. It’s a completely different atmosphere from the usual Hanazono Shrine. It flows with a mutual energy, so try visiting there yourself.

*all prices include tax (Aymmy in the batty girls)