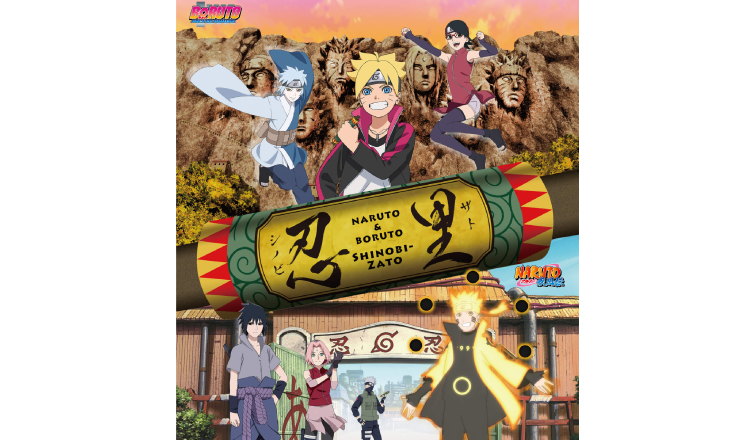 Nijigen no Mori is an anime themed theme park that opened on Awaji Island in Hyogo Prefecture last summer.

The park has just announced a new attraction called Naruto & Boruto Shinobi-Zato based on the internationally beloved anime series Naruto and its spin-off and sequel series Boruto: Naruto Next Generations which follows the story of Naruto Uzumaki’s son Boruto. The attraction is scheduled to open next spring.

Additionally, a booth in promotion of the attraction will be set up at Jump Festa 2019 which is running on December 22 and 23. The booth will provide details on the new attraction and early-bird tickets to experience it will be sold. Free flyers will also be handed out showcasing new and original merchandise. 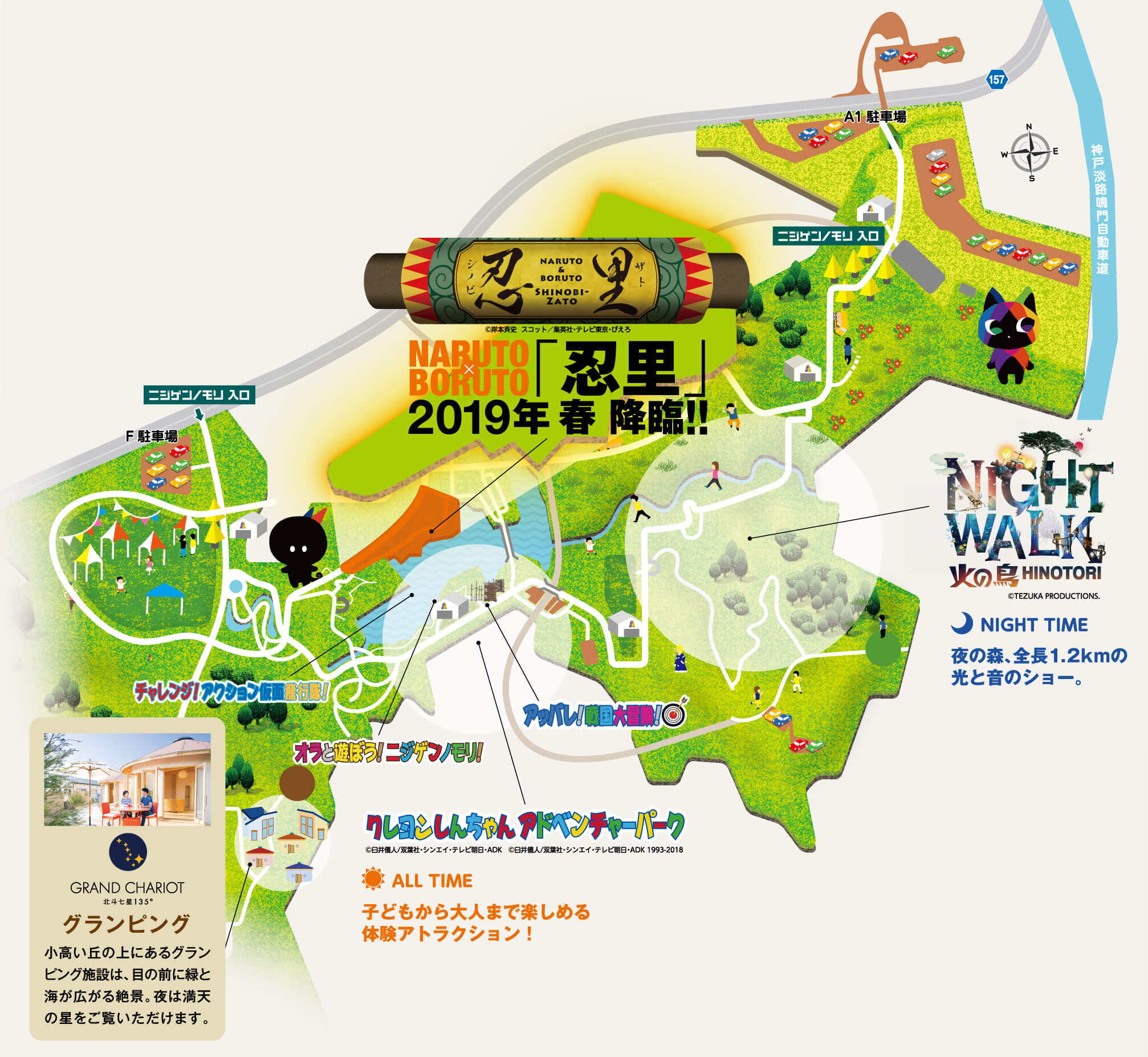 At Shinobi-Zato you can expect to see a whole range of Naruto and Boruto themed references. This includes Hokage Rock which overlooks the Hidden Leaf Village in the series and has the faces of all the Hokage carved into it. There will even be full-size statues of characters from the series. Those who roll up to the attraction can look forward to enjoying a range of athletic activities as well as a maze and more while experiencing the recreated worlds of Naruto and Boruto surrounded amongst Awaji Island’s lush greenery. There will of course be a shop selling exclusive merchandise too. After all that, you can enjoy a bowl of ramen at series’ iconic ramen bar Ramen Ichiraku. 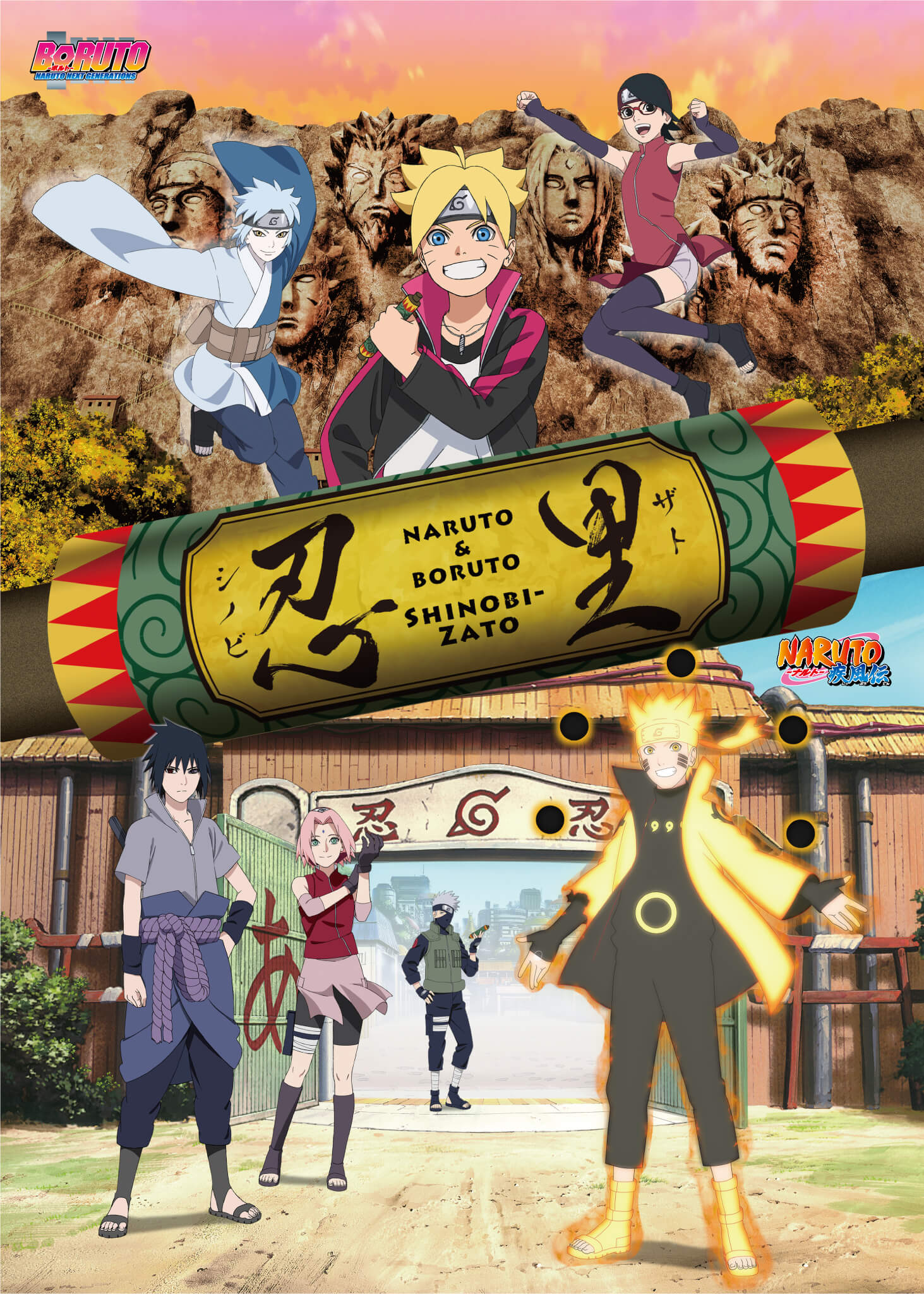 Naruto Athletic “Chi no Maki”: This attraction will let you experience the world of Naruto. Participants will have to overcome a string or trials and clear a range of activities in order to collect the missing seals – those seen in the series that are used for Sealing Jutsu.

Boruto Maze: “Ten no Maki”: This attraction will let you experience the world of Boruto: Naruto Next Generations. Participants will get involved with courses at the Ninja Academy that Boruto graduated from. They must use their mind and body to escape the maze.

Next » Naruto Kabuki Play to Feature Song by Wagakki Band