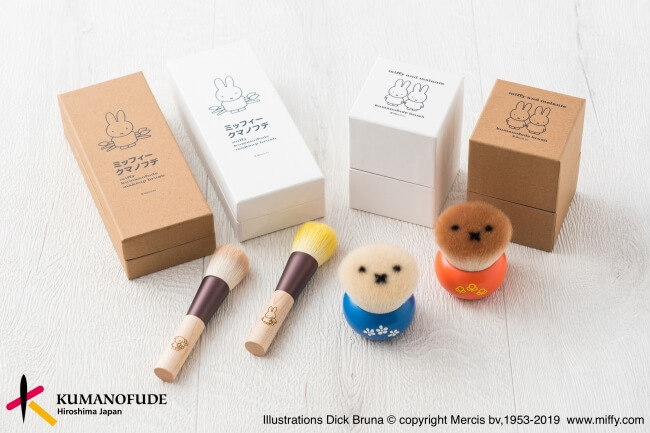 Kumano is a hub for brushes in Japan responsible for producing 80% of brushes in the country for painting, writing and cosmetics. Kumano Fude (also known as Kumano Brush), the company that produces these brushes, has joined paws with Dick Bruna’s internationally loved bunny character Miffy to release a new range of makeup brushes. Four types were released on February 14 including face brushes and cheek brushes.

Kumano Fude’s previously-released Rilakkuma and Rilakkuma Halloween brushes were incredibly popular, and the Miffy and Melanie brushes are sure to receive the same love. There are two each of face and cheek brushes each in the colour of the respective characters. All the brushes produced by Kumano Fude are handmade by experts in Kumano Prefecture. 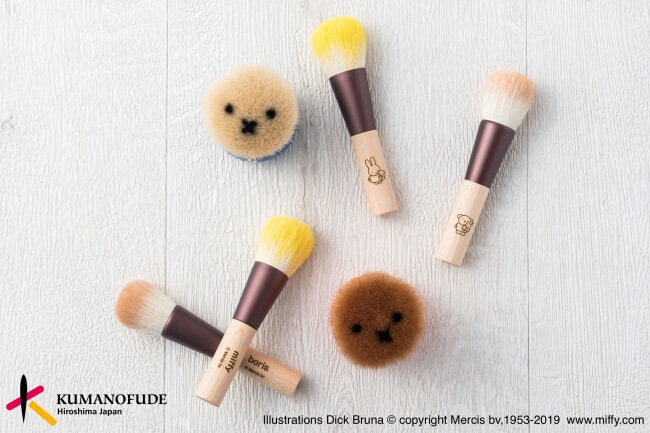 The face brush handles are made with wood from cherry blossom trees with blue and red designs and decorative flowers. 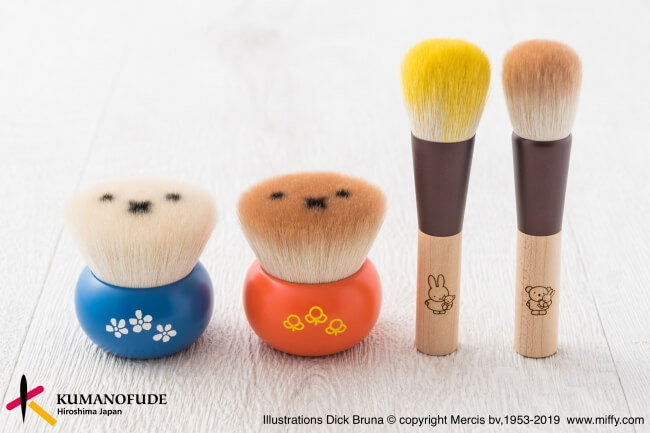 The cheek brushes too come in their own respective colours. The yellow dye of the brush hairs gives the ends a perfectly round shape. The handles are made of hard maple and feature illustrations of Miffy hugging his teddy bear and Boris hugging a rabbit plush toy.

Not only are these brushes cute, they are authentic tools and a must-have for any cosmetic connoisseur. Perfect as a gift to a friend (or yourself!)