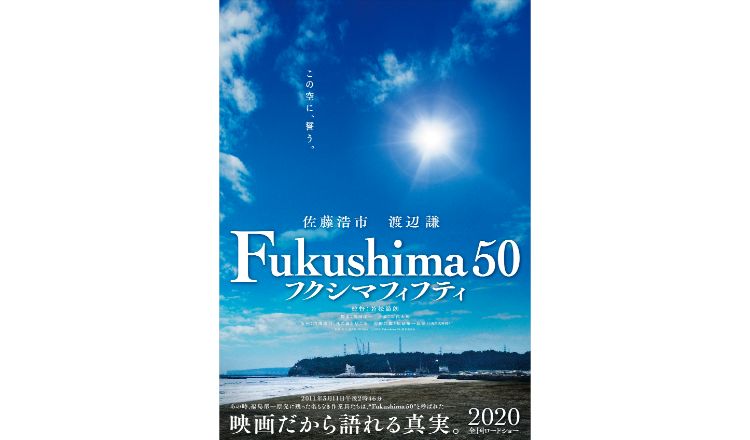 Fukushima 50 is an upcoming film based on the non-fiction book On the Brink: The Inside Story of Fukushima Daiichi by Japanese journalist Ryūshō Kadota. It will be released sometime in 2020. 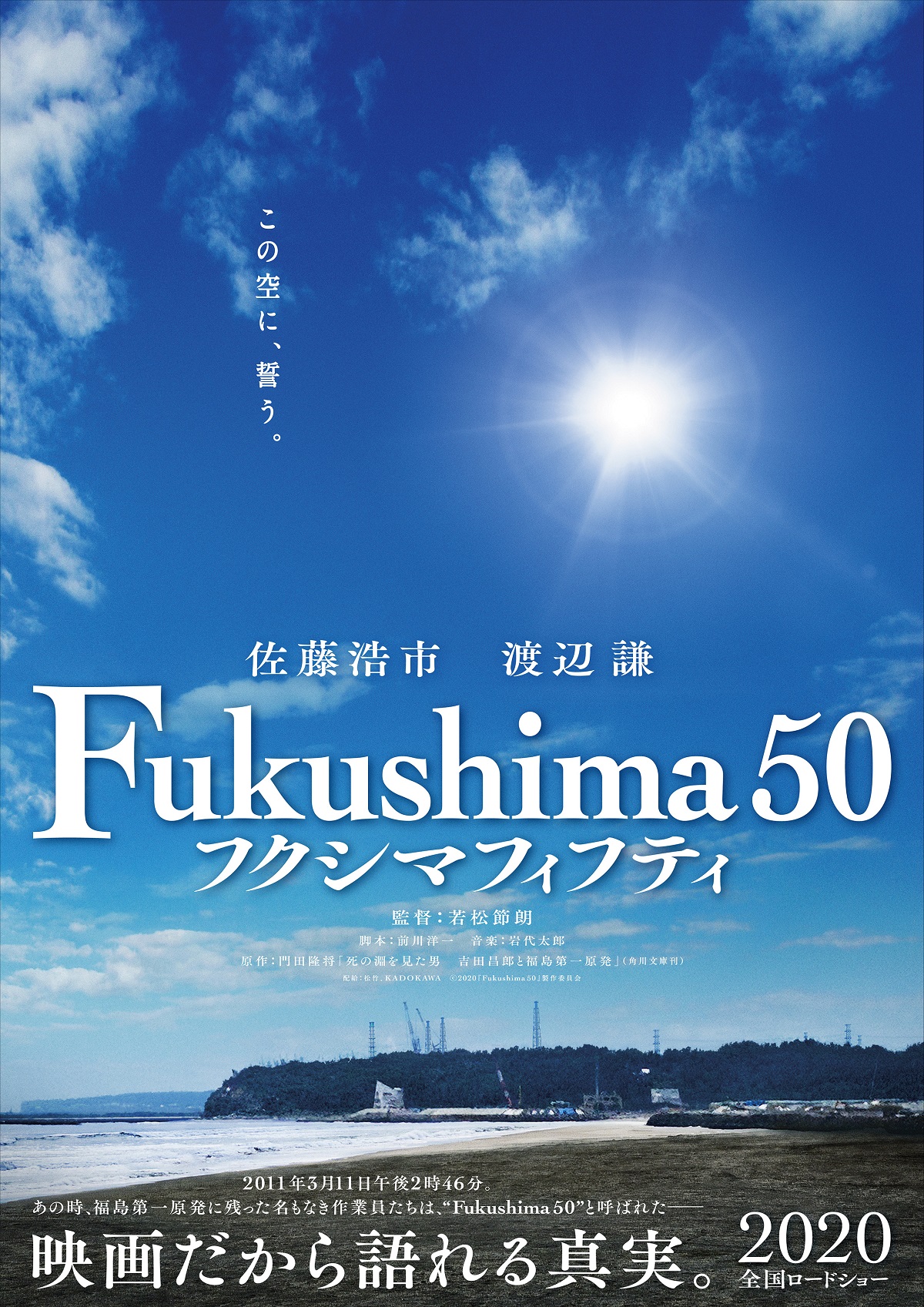 The film will discuss the Fukushima Daiichi nuclear disaster that occurred after the 9.0 magnitude Great East Japan Earthquake on March 11, 2011 which stands as the largest ever earthquake recorded in Japanese history.

The film’s title refers to the pseudonym given by the media to the 50 employees that remained on the site after the nuclear power plant disaster. It will show the reality that the group faced that only they knew from being inside the plant and in the face of death.

The film is being directed by Setsurō Wakamatsu (The Unbroken) and written by Yōichi Maekawa. Its score will be composed by Taro Iwashiro (Japan Sinks, Red Cliff). 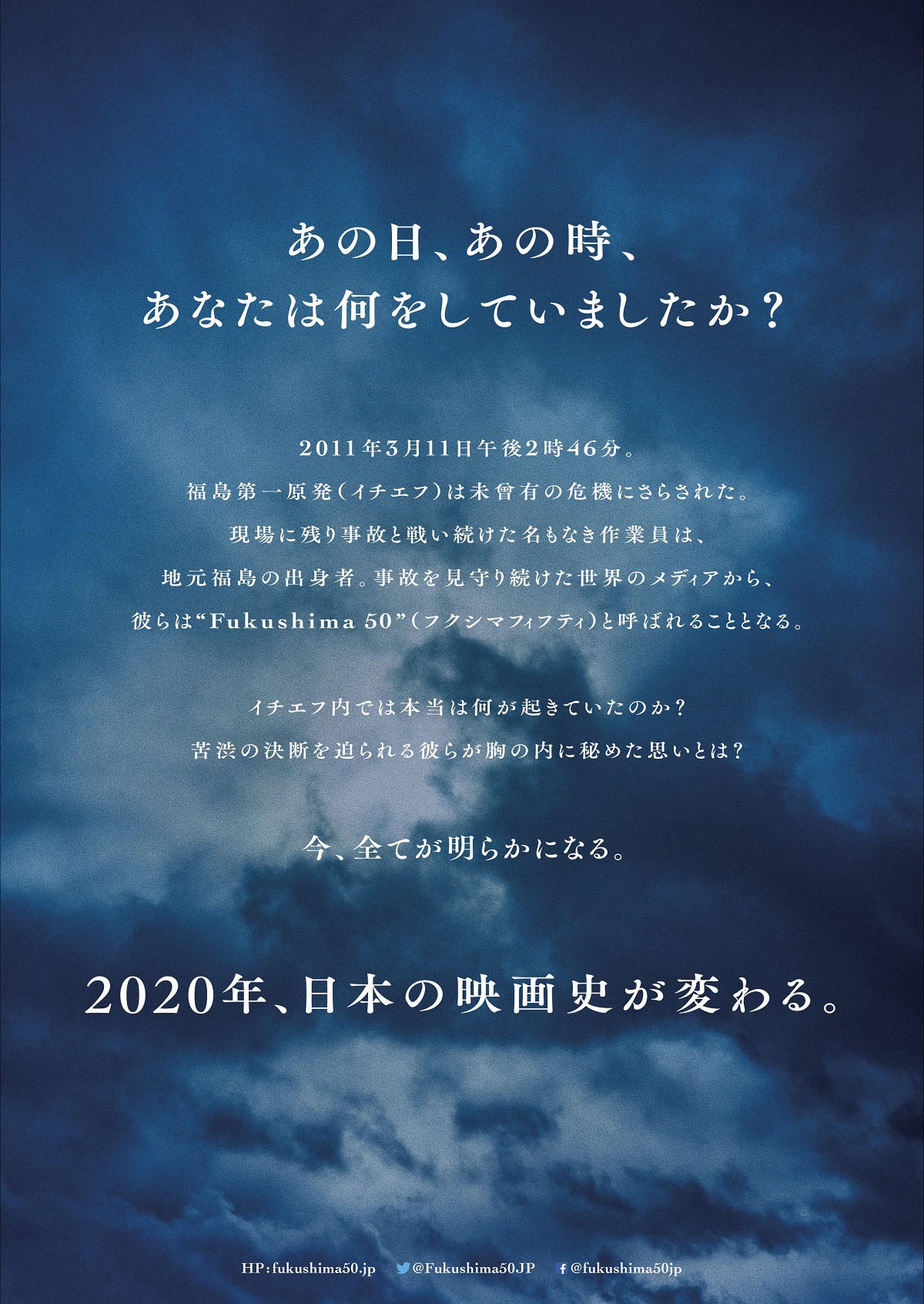 The newly-released poster feature the powerful words “Swear By The Sky.” Underneath the dazzling sunlight is a picture of the Fukushima Daiichi plant before the disaster. Released alongside this poster is another photo this time with a comparatively darker tone with a gloomy sky and big lettering that simply says, “What were you doing on that day, during that time?” These powerful images are sure to stir the memories of people up and down Japan.