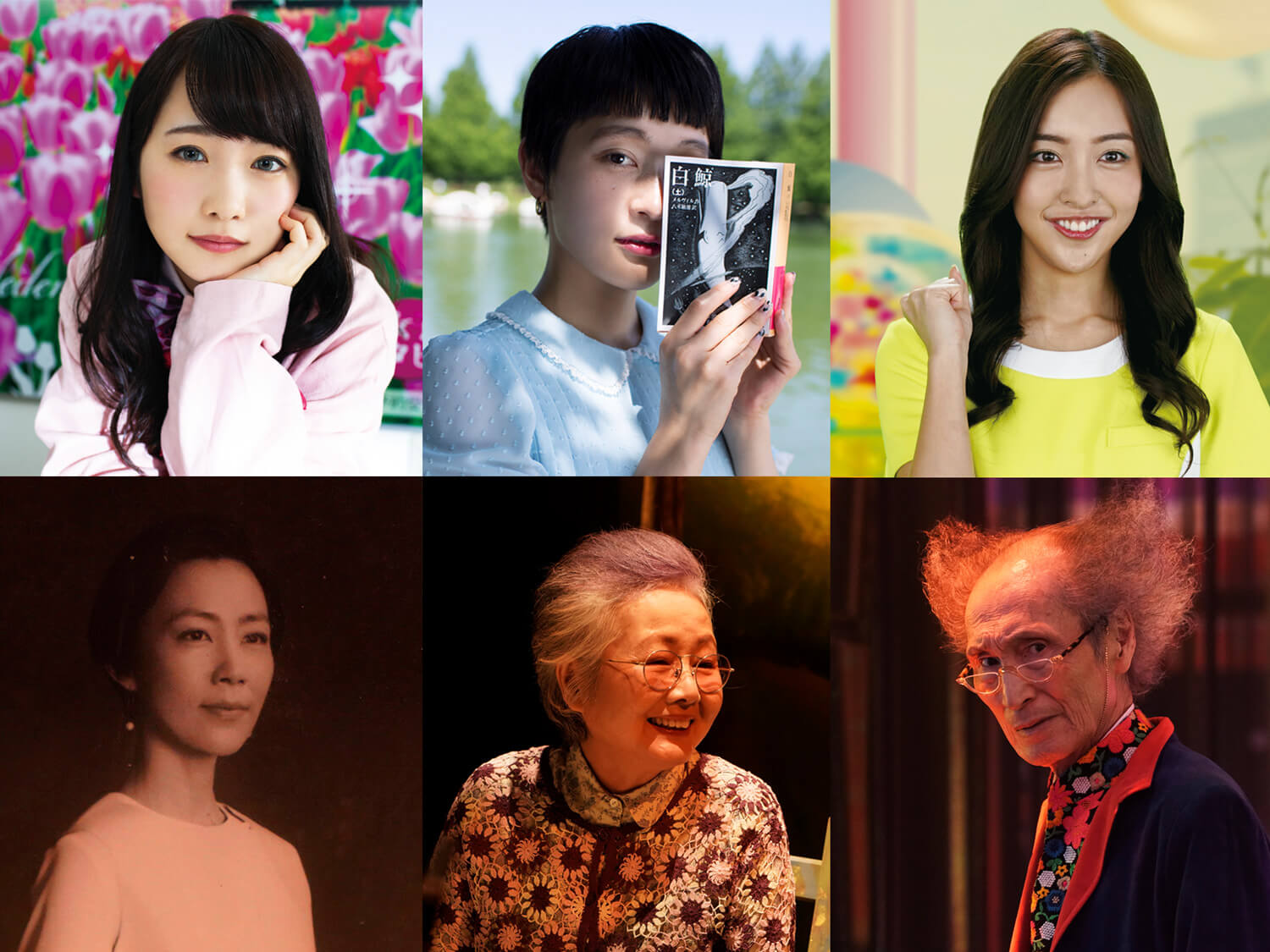 In addition to the already-announced incredible cast list, a newly-released image reveals even more names that have been added to the fray, creating a line-up that is sure to make anyone double-take.

In the top left we have singer and actress Rina Kawaei playing a black-haired girl donning a pink outfit. This character works at the travel agency Kanako visits just before she is sold to the Diner. She scoffs upon seeing Kanako’s name at the Diner.

Next we have KOM_I, the vocalist of Japanese group Wednesday Campanella, glancing a listless expression behind a copy of Moby Dick. She will appear in a very important scene that unveils a shocking truth.

We also have singer-songwriter and actress Tomomi Itano who plays a weather reporter that Kanako will see on TV as well as actress Yoshino Kimura who appears in a black-and-white photograph. Though she only appears in photograph form, she is significant as she is the deceased mother of one of the killers in the Diner: Sukin. He always carries this photo of his mother with him to keep the precious memories he had with her alive.

Kazue Tsunogae plays Kanako’s grandmother who looks after Kanako after she is abandoned by her parents. Her kind and warm grandmother is the one who taught her the only skill she is good at: cooking.

The face leaving the biggest impact from the photograph however is Toru Shinagawa. He is the only character from the image that will be a customer at the Diner.