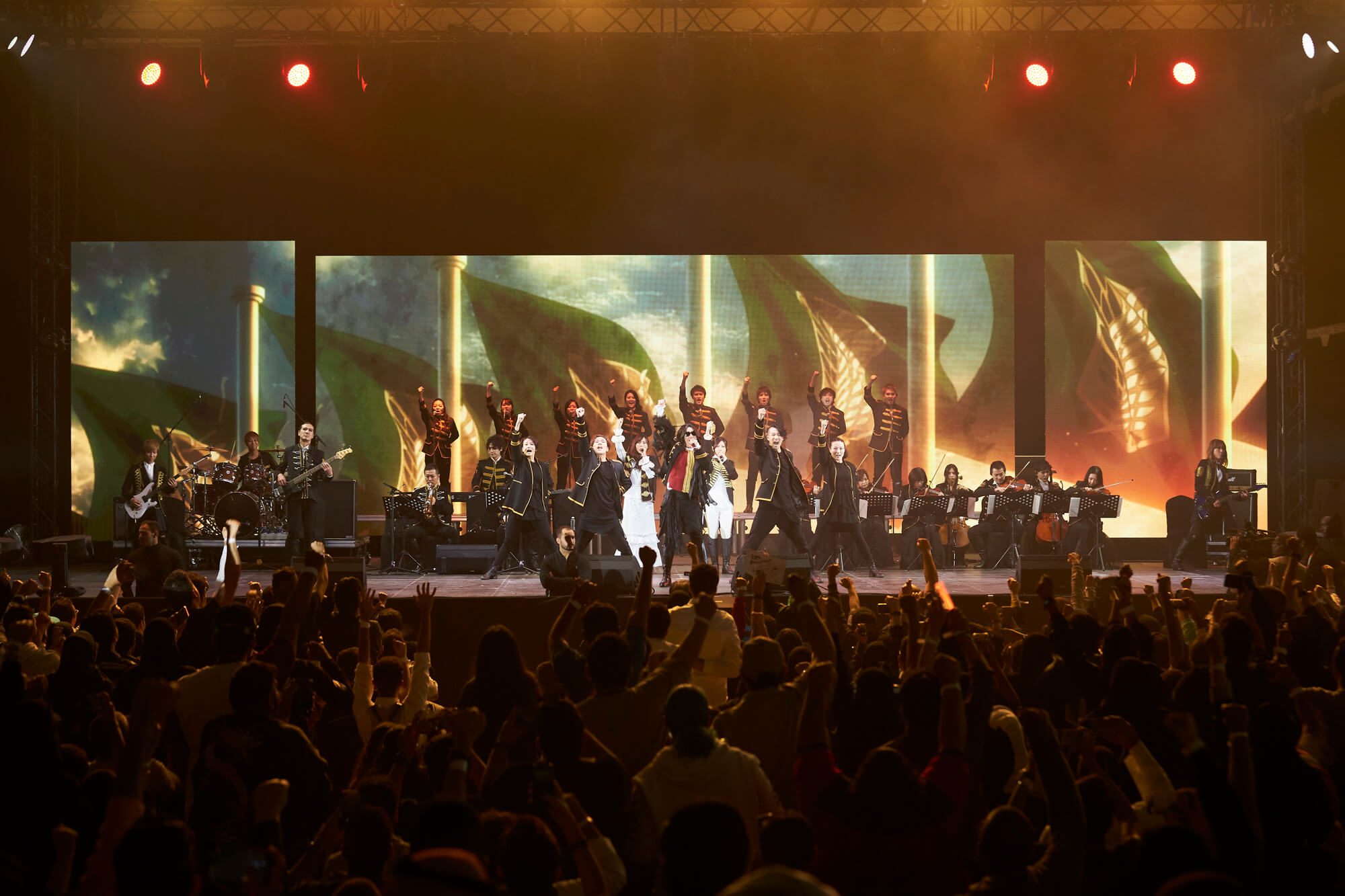 Linked Horizon, who are known for performing the theme songs for the internationally-acclaimed TV anime series Attack on Titan, performed in Saudi Arabia on Thursday, making them the first-ever Japanese band to perform at an official event in the country.

The event in question was Saudi Anime Expo 2019, which is running from November 14-16 as the first official event to take place in Saudi Arabia centred on Japanese animation. From booths to performances, interactive experiences and more, it is a celebration of all things anime for the fans in Saudi Arabia.

Linked Horizon were invited to perform on the main stage at the event, which was attended by 16,000 people. There were countless fans of the band in the crowd, who were sure to be thrilled by them having visited and played in their home country. 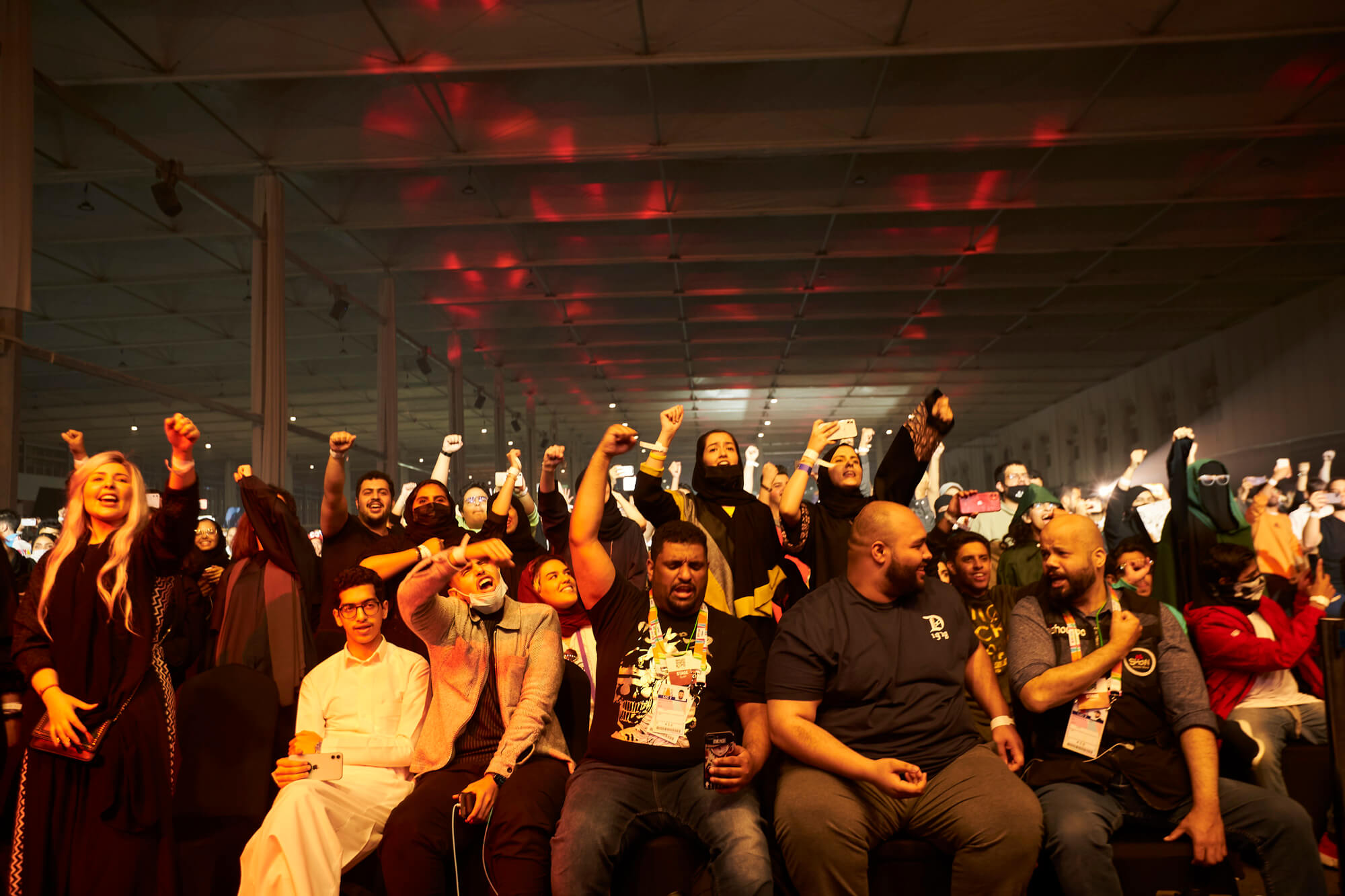 Linked Horizon have performed in multiple countries across the globe, but this was their first live show take place in the Middle East, a fact which has garnered attention in Saudi Arabia as being a historical moment in Japanese pop culture spreading worldwide. Together with the band members, over 60 staff members travelled from Japan for the performance, which was mostly identical to a regular Linked Horizon live show.

The set begin with what can be considered the anthem of Linked Horizon and the anime scene as a whole: Guren no Yumiya, the opening theme to season one of Attack on Titan, which of course kindled a blaze of excitement across the crowd. 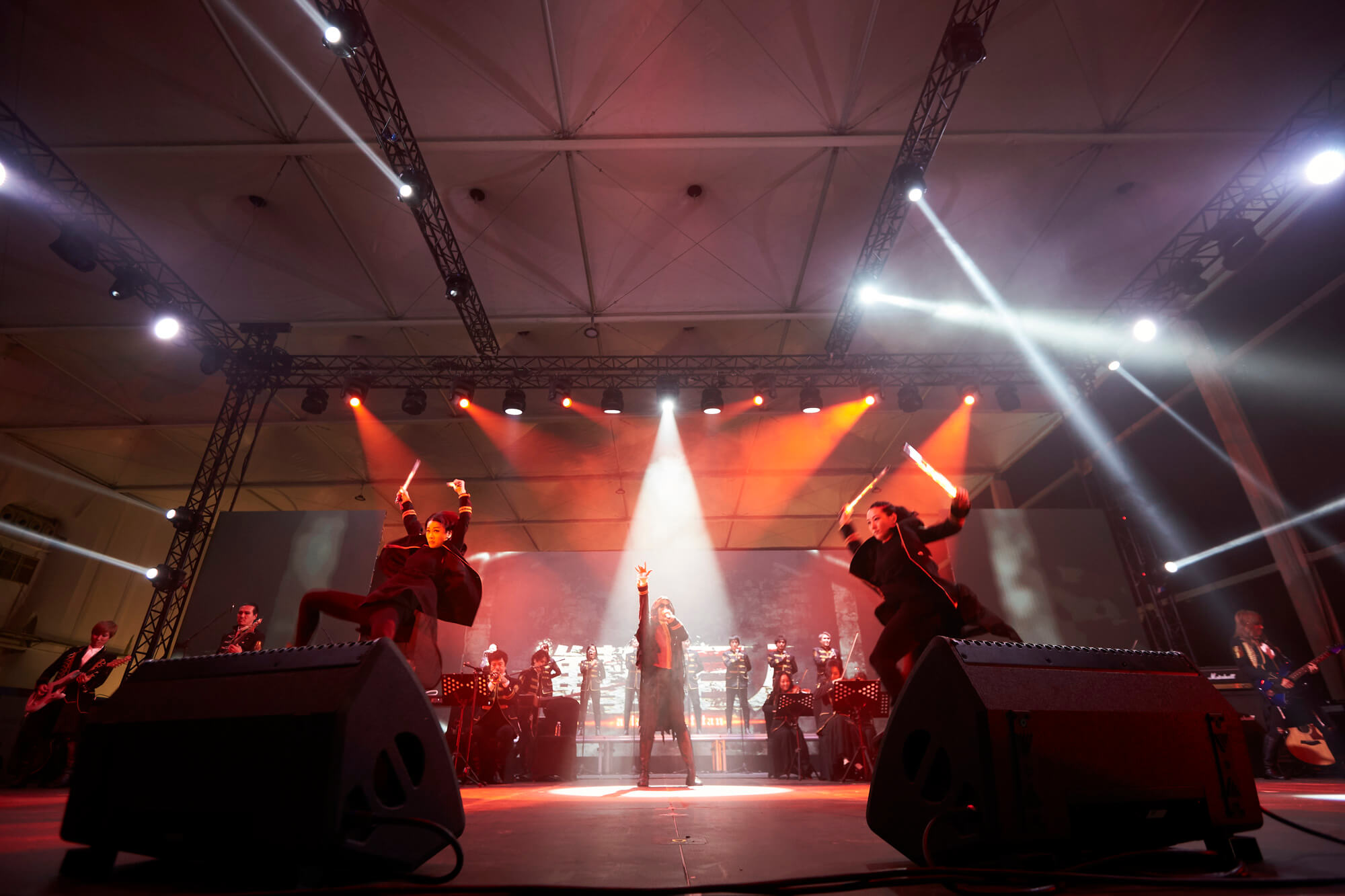 After the song had finished, the leader of the band Revo spoke in Arabic, saying: “Good evening, we are Linked Horizon. This is our first time coming to Saudi Arabia, and getting to shout ‘Jaeger’ together with all of you was the best feeling ever! Thank you so much.” His words were responded to with a generous round of applause.

Eiko Matsumoto went on to sing 14 Moji no Dengon, followed by Misaki Fukunaga’s performance of Kanojo wa Tsumetai Hitsugi no Naka de. As the band led up to the climax, they performed another classic, the opening theme for Attack on Titan‘s second season, Shizou wo Sasageyo, during which the crowd sang along and threw their fists in the air.

Sound Horizon, the group led by Revo under which Linked Horizon operates, recently began their Around 15th anniversary project. Be sure to check out the special site below.