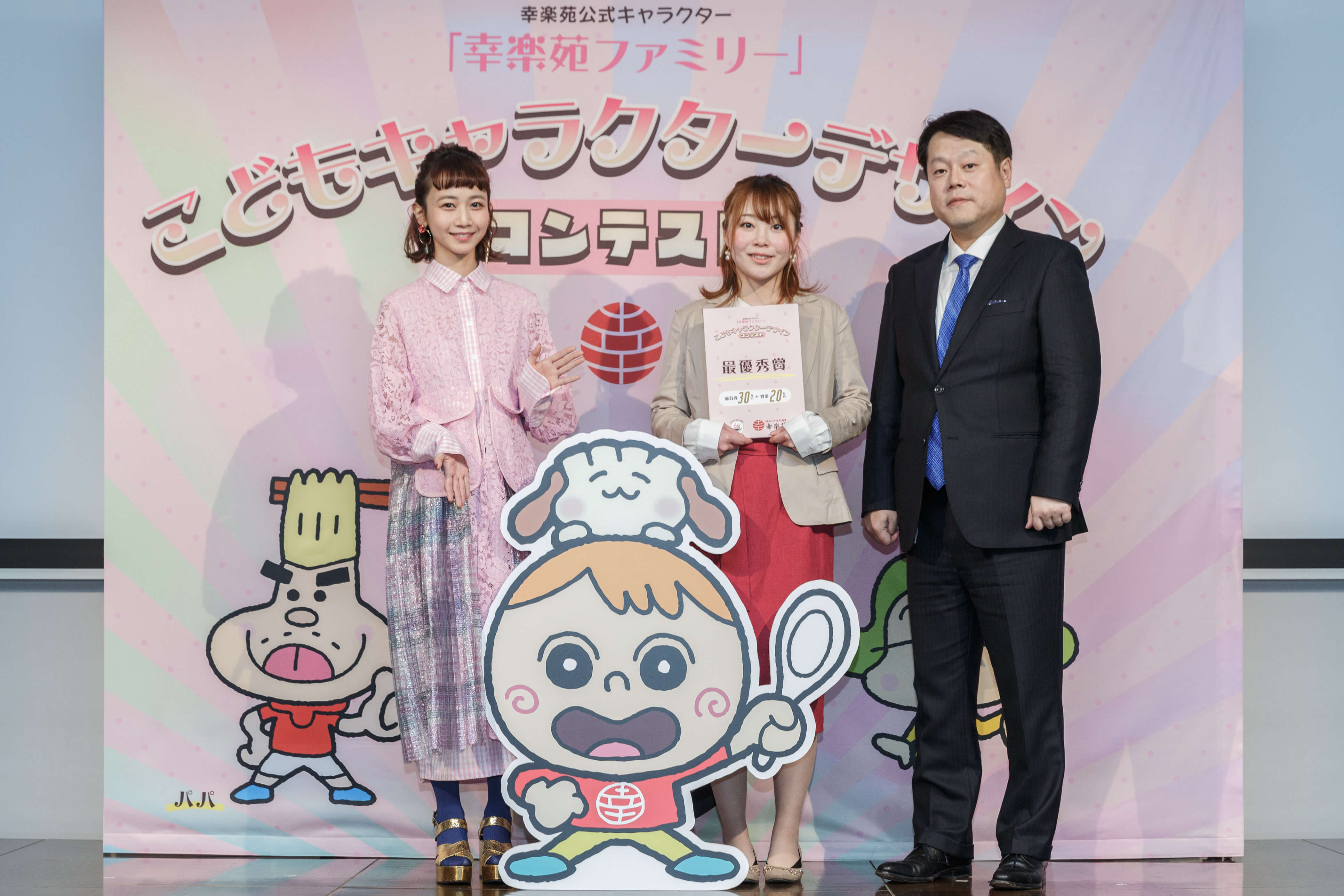 Popular Japanese ramen chain Kourakuen celebrated their 65th anniversary by unveiling their own original mascot characters Mama and Papa. They followed it up with a character design contest where people could submit their own illustration for creating a child character for the parents.

Here at MOSHI MOSHI NIPPON, members of our MOSHI MOSHI FRIENDS program entered the contest, which we covered in an article last month. So, was one of them chosen as the winner…? 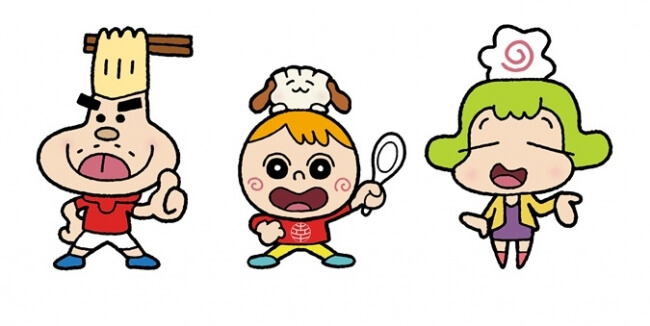 There were 3,155 entries to the contest, which were scrutinised by a line-up of judges. The winner was a mother who lives in Fukushima with her two children. Her character is called Kou-kun, a boy who loves ramen. This was announced at the official unveiling event in Tokyo on November 28, where Kou-kun showed his face to the world for the first time after some finishing touches added by Japanese illustrator Shashamin. The Kourakuen FamilyーMama, Papa, and Childーstood together for the first time ever. 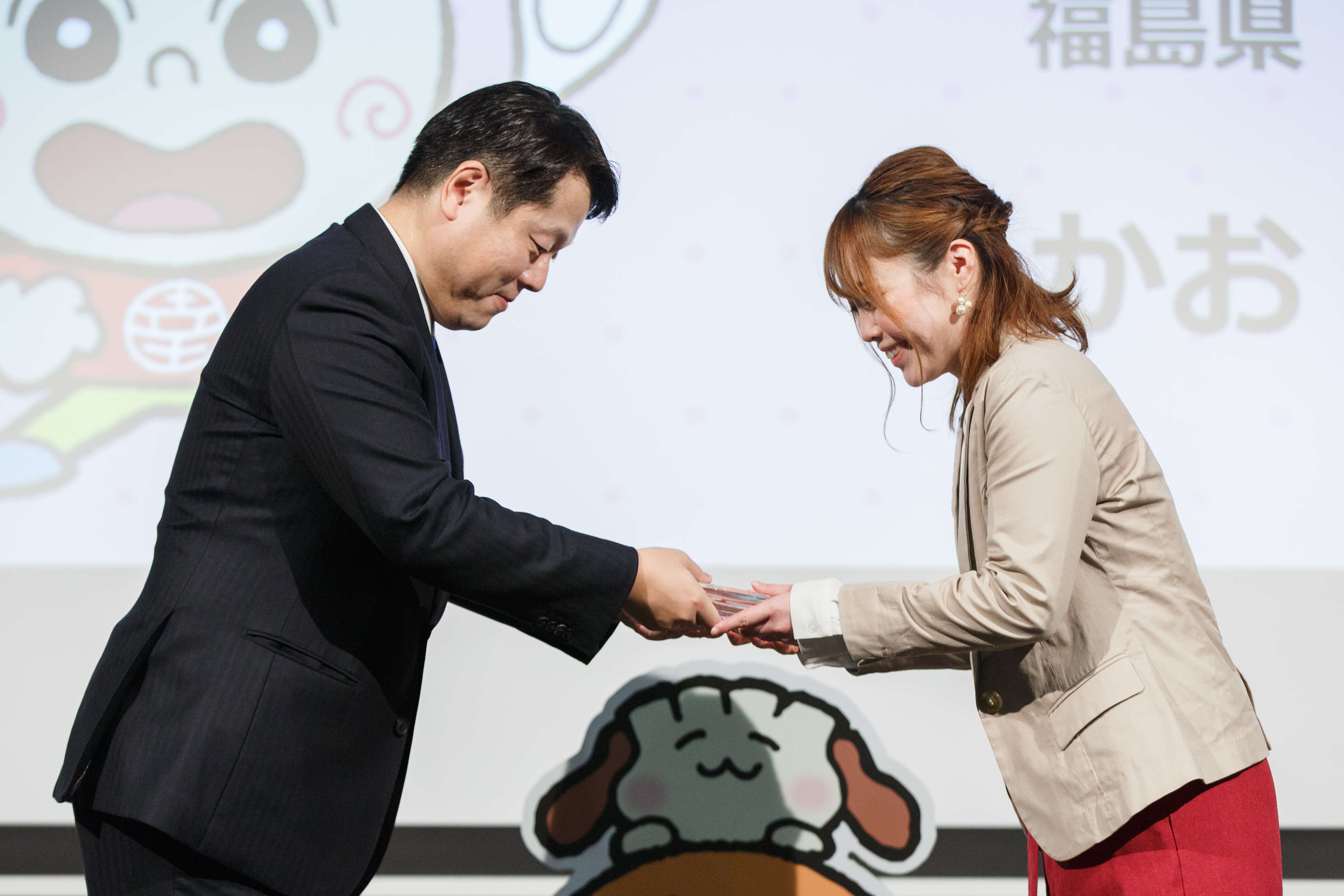 The creator of Kou-kun attended the event, and was handed ¥300,000 travel money with JTB and ¥200,000 in prize money by the judges: Natsume Mito and the president of Kourakuen Niida. She was asked to give her thoughts on her victory as well as how she conceived her her character. “I was really shocked. I have two children, aged one and three. Both of them love ramen and we go to Kourakuen a lot. They always look like they’re enjoying their food, they always have their mouths wide open. That’s the image I pictured when creating the character.” 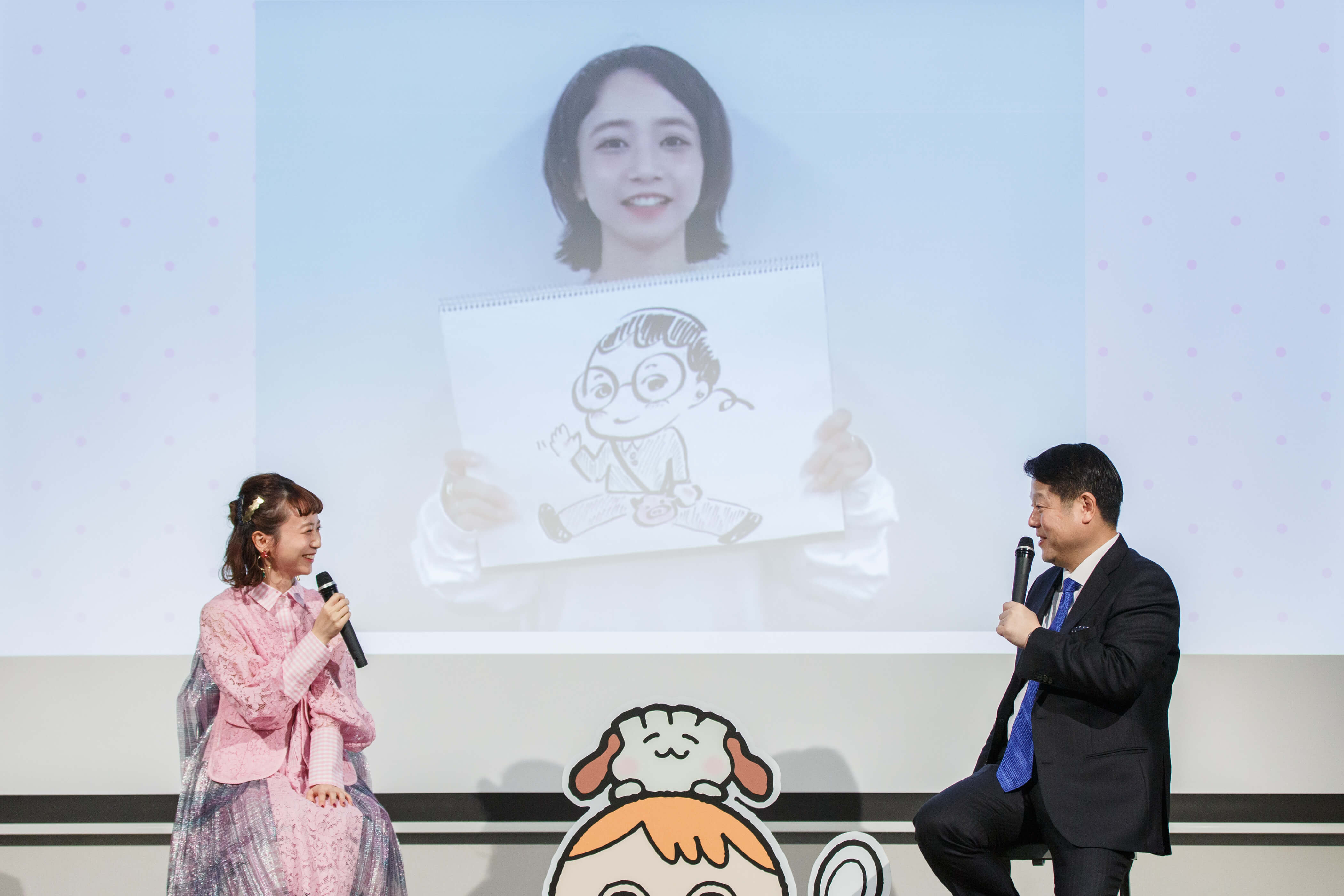 During the talk, Natsume Mito and president Niida said that the deciding factor for Kou-kun being the winner was the adorable gyoza puppy sat atop his head, who is called Luck.

Though our MOSHI MOSHI FRIENDS didn’t win this time around, all of us are glad that the family is finally complete, and that Mama and Papa have such a cute child.

Speaking about Kou-kun, Natsume Mito said: “I hope that Kou-kun makes Kourakuen an even more incredible place, and that he becomes a character loved by everyone. I’d be super happy if they released some merchandise too <laughs>.”

We look forward to seeing what the Kourakuen Family has in store for the world in the near future.