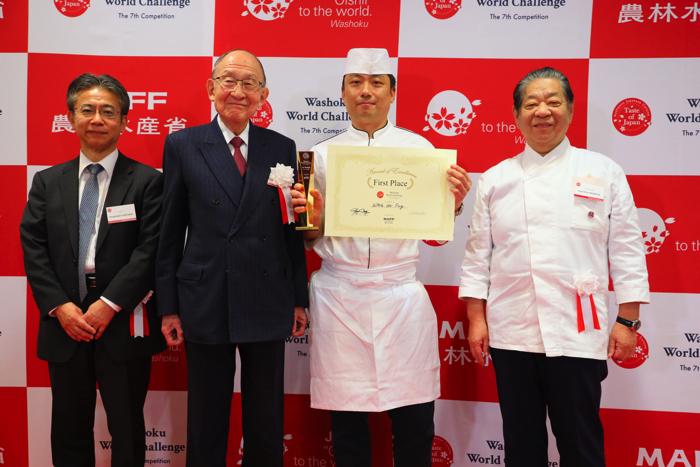 The final round for the 7th Washoku World Challenge Competition was held in Tokyo on February 20 and 21, which saw WANG Wei Ping of China, and chef at SUN with AQUA JAPANESE DINING SUNTORY, as the winner.

The two-day event brought together five chefs from Hong Kong, Singapore, Paris, Donostia-San Sebastian, and New York come together to compete and show their skills create dishes based on the competition’s main theme of “Umami” and this year’s theme of “Texture and Mouthfeel.” 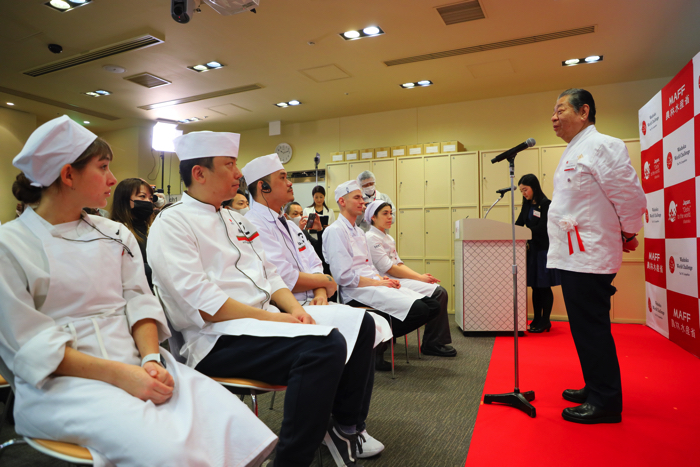 The judges said: “This 7th edition demonstrates that the finalists’ technical level keeps improving every year. Creating Japanese dishes that incorporate the characteristics and unique ideas of other countries’ culinary cultures, while respecting the fundamentals of Japanese cuisine built on the concept of umami, expands the potential of Japanese cuisine. The creations of each one of the finalists embodied this notion.” 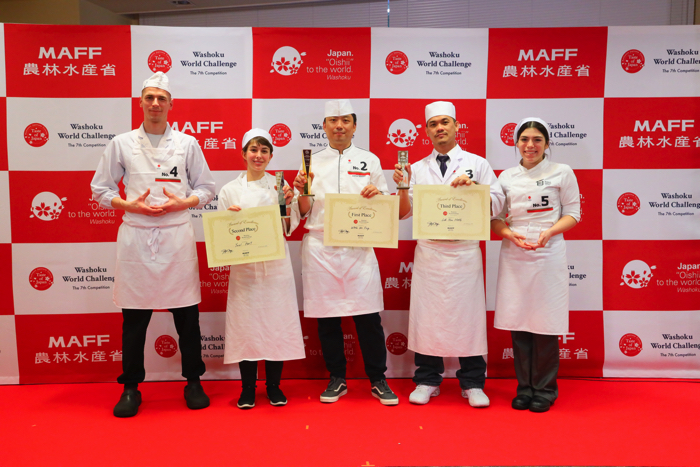 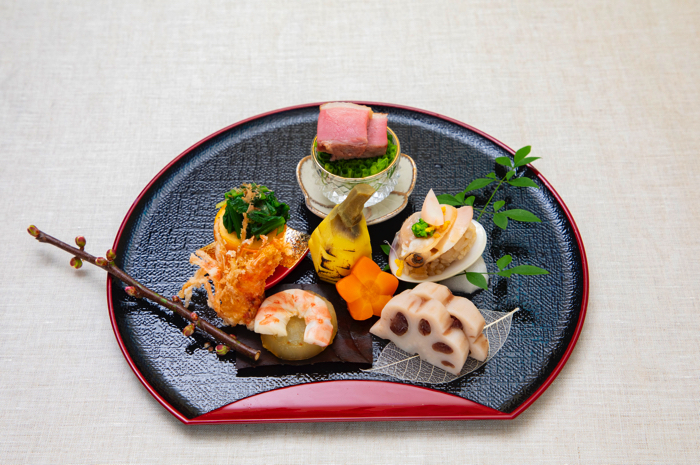 On the first day, the chefs used the same ingredients to create a “nimonowan.” On the second day, they forged their own original dishes using five or more ingredients which they arranged on a Japanese “hangetsubon” tray.

When reacting to his victory, Wang Wei Ping said: “I thank the owner and other members of my restaurant. After returning to Shanghai, I would like to continue conveying the excellence of Japanese cuisine, which is both healthy and tasty.”

Second Place: Yael PEET (USA, Fury’s) *The restaurant will be open this summer.

Next » My Band Recommendation | SEKAI NO OWARI: Captivating the Crowd in a Dreamlike World