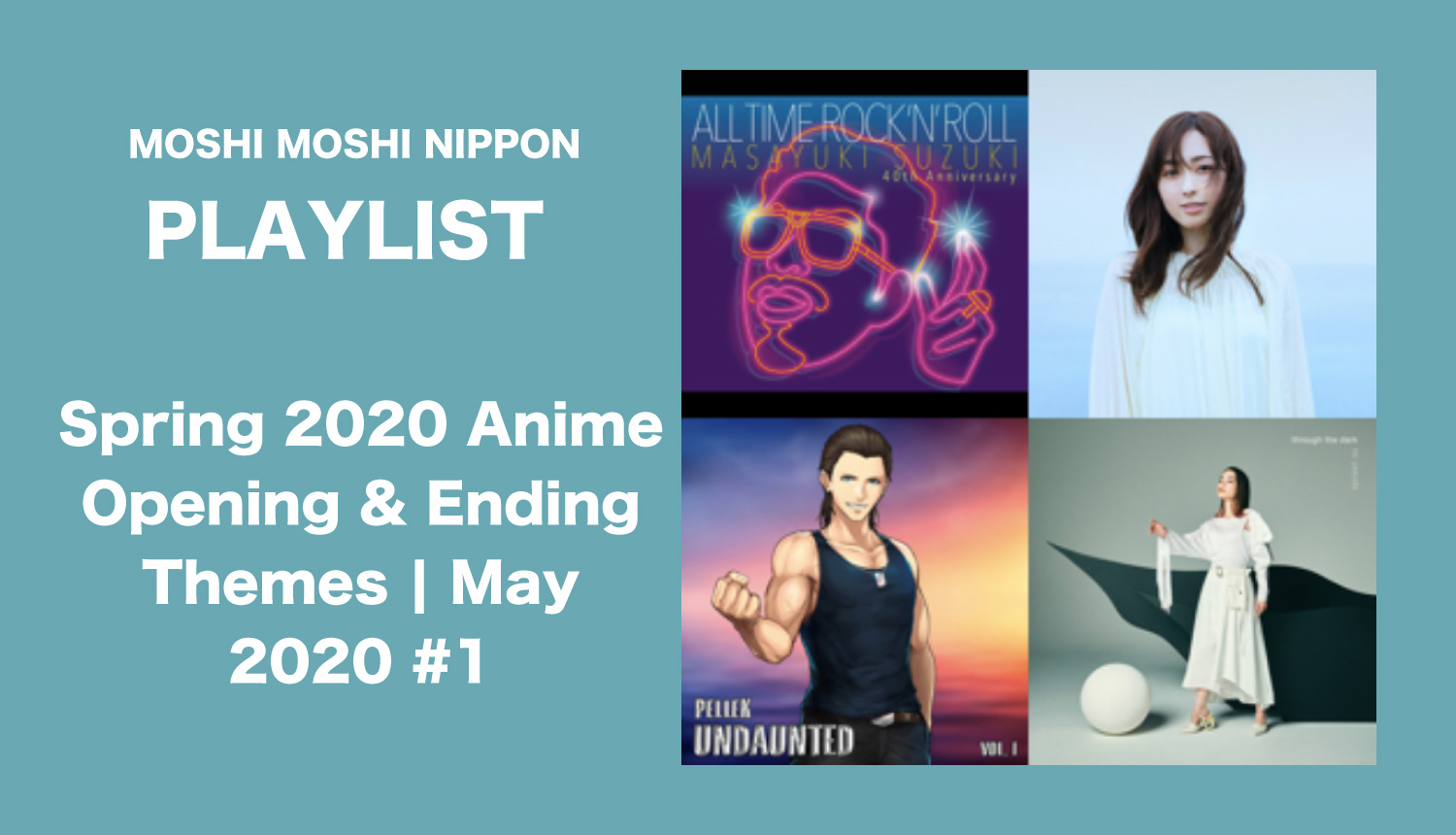 The spring anime season is well underway. What series is everyone watching? Do you have a favourite yet, or are there any still on your to-watch list? The one’s I’m thinking of checking out are season two of Kaguya-sama: Love Is War and the continuation of Black Clover!

For this edition of MOSHI MOSHI PLAYLIST, the MOSHI MOSHI NIPPON team have made a compilation of opening and ending themes for the April season of anime theme songs. And if you want to know anymore about each song in particular, we’ve included links to articles where we covered their releases. We hope you enjoy!

Masayuki Suzuki has returned to sing the opening theme song for the second season of Kaguya-sama: Love Is War. Suzuki describes it as a song to sing and dance with your friends to, and one about enjoying love games.

Haruka Fukuhara, who also performed Boruto: Naruto Next Generations‘s 10th ending theme Mikansei na Hikaritachi, joins the new season of Kaguya-sama: Love Is War. Check out the promotional video which features the track together with scenes from the anime series itself.

Takanori Nishikawa and ASCA collaborate for the first time ever on this opening theme. It features powerful vocals and captures the anime’s protagonist Iris and the Black Prince of Darkness.

Ending: Rei Yasuda – “through the dark”

Rei Yasuda performed the ending theme Kimi no Uta for the anime series Natusme’s Book of Friends which was super popular. Limited Pressing Edition copies of this track, through the dark, feature a CD cover with an original and exclusive anime illustration.

The full version of the music video, as well as the making-of, will be included with the DVD version of Miku Ito’s upcoming 7th single, set to release on May 27, 2020.

This song is performed by the main heroine, Hina, who  lends her kind and gentle voice and motherly intentions to the track.

An official lyric video was released featuring a compilation of scenes from the series. This is the first song with full Japanese lyrics to be composed by AmPm, the masked duo, and invites up-and-coming singer Miyuna on board with her warm vocals.

The song has a gentle melody and vocals, something which THE CHARM PARK is known for, and is sung entirely in Japanese. It’s becoming a hit right now for its content which promotes the world of Fruits Basket‘s second season.

BiSH are the Japanese punk band with no instruments, and you can hear their opening theme for Kingdom in the official promotional trailer above. The song paints a picture of the anime’s story.

Ending: waterweed – “Deep inside”
This is waterweed’s first tie-up with an anime series. Listen to that voice!

Answer, which was written for Major 2nd, is an uptempo song that serves to inspire those who listen to it.

4-piece rock bannd SHE’S wrote this track for Major 2nd and lifts up the story of Daigo and the rest of the characters.

Blade of the Immortal: Immortal

Written specifically for the anime series, be sure to check out both the music video and the anime’s promotional videoーthe latter of which interweaves scenes of the series against the track.

The theme of the song centres on the little moments of happiness we experience in everyday life, as described by flumpool vocalist Ryuta Yamamura. It perfectly matches the anime’s opening video.

Originally released in 1981, Kimi wa Tenneniro is a famous song by Eiichi Ohtaki which features on his newest album which hit shelves on March 21, 2020.