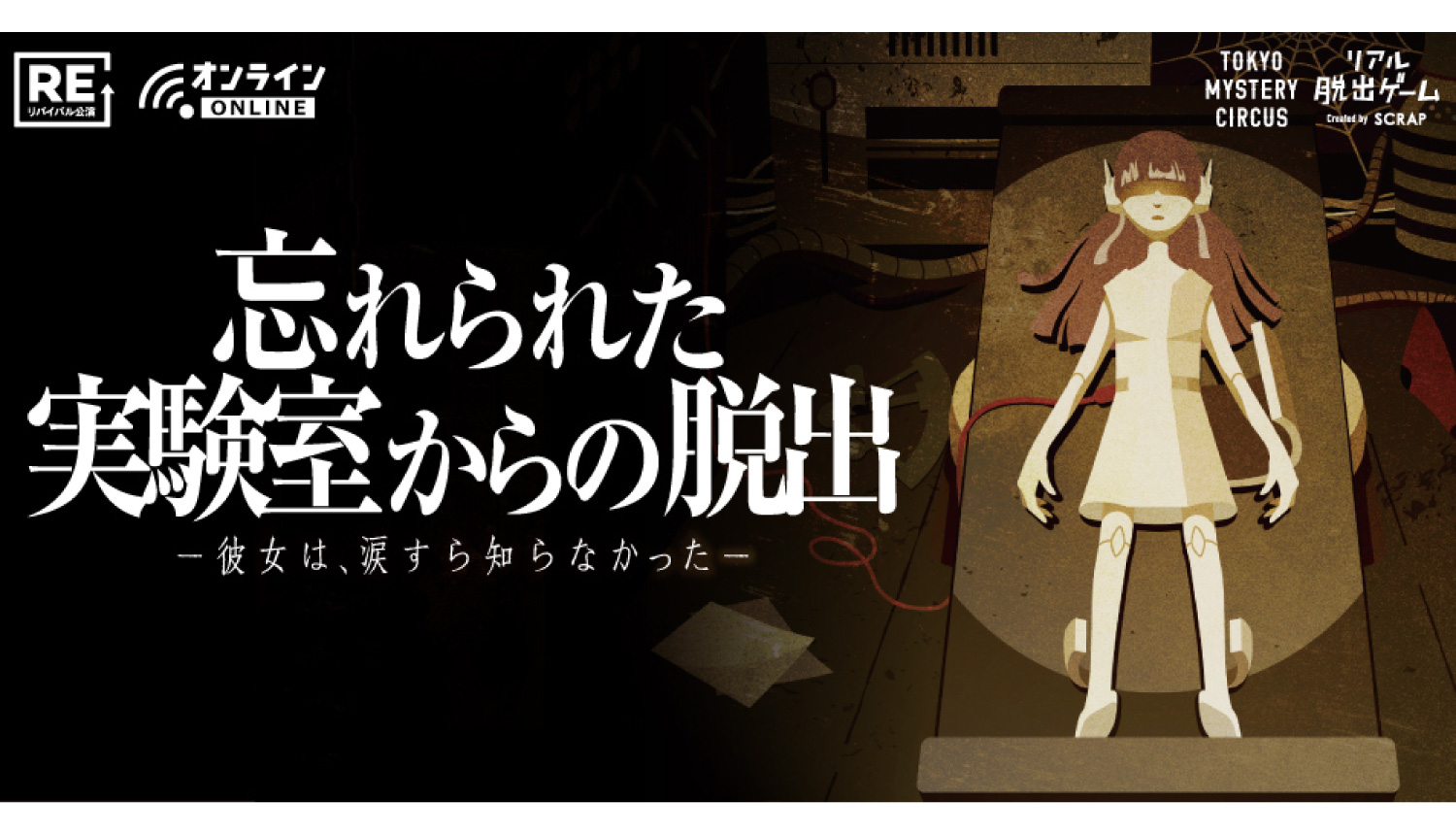 Japanese real-life escape game creator company SCRAP has launched yet another new remote escape game that began on Tuesday and will run until May 31, 2020.

“Escape From the Forgotten Laboratory” is a real-life escape game created by SCRAP that’s held at the world’s first and Japan’s biggest puzzle-themed theme park TOKYO MYSTERY CIRCUS. The site has teamed up with SCRAP to bring a new remote version of the game that makes use of the video call service Zoom so people can enjoy the game from the comfort of their homes.

Escape From the Forgotten Laboratory was first held for a limited time back in 2014 and was voted as SCRAP’s best event. It reappeared in 2017 and was finally introduced to TOKYO MYSTERY CIRCUS in February 2019. A team of up to six people take part in the game, which has been so popular that you have to buy tickets two months in advance to play. It is said to be the hardest escape game at the site to get tickets for.

Players have 60 minutes to escape the laboratory where they must solve mysteries left behind by a mad scientist, and must uncover the mystery surrounding an android that has been left behind. In the remote version, the story has been left exactly the sameーthe only difference is that even more challenges have been added to up the fun.

Only group tickets are available for the game, so team up with your friends and escape from the Forgotten Laboratory!