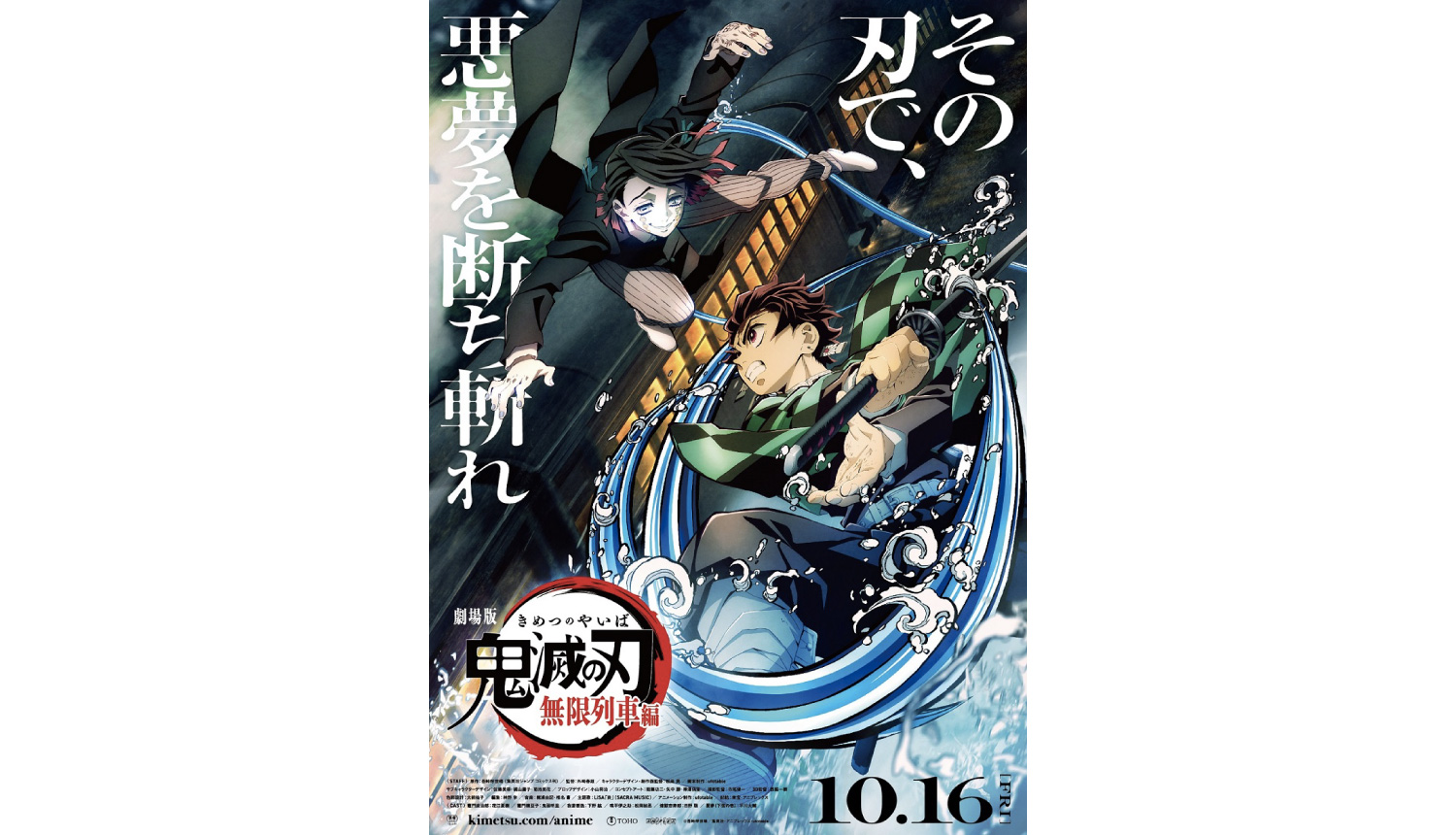 A new poster and trailer have been released for the upcoming film Demon Slayer: Kimetsu no Yaiba the Movie: Mugen Train which is set for release on October 16, 2020. The trailer gives us a snippet of the main theme Homura (Flame) performed by LiSA. The singer-songwriter previously performed the TV anime’s first opening theme Gurenge. 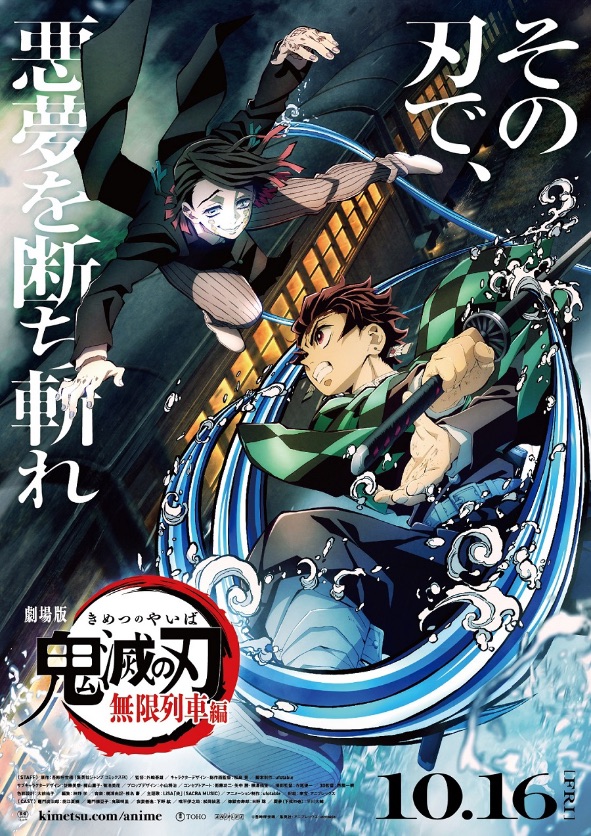 The showcases the protagonist Tanjiro Kamado battling it off against Enmu aboard the Infinity Train (Mugen Train). Tanjiro is clenching his teeth while Enmu smiles on, revealing what is sure to be a testing battle for our hero.

Enmu threatens Tanjiro with the words, “To be able to die while dreaming… Just how lucky are you?” We also see Tanjiro reunite with his siblings, who are supposed to be dead, but he senses something amiss and encourages himself to wake up as he is being attacked. The Infinity Train will be an action-packed locale as Tanjiro and Enmu battle it out. We also see returning characters on the train with Tanjiro.

Fans also get to hear the main theme Homura by LiSA for the first time. The song was composed by Yuki Kajiura who also wrote the TV anime adaptation’s ending theme from the edge which is performed by FictionJunction feat. LiSA.

“When I read the Mugen Train arc, I saw so many scenes I wanted to hurry up and voice act for, so I’m so happy that I get to perform for this film. All the other voice actors during the recording sessions were on fire. When it was over, I was so burnt out, I really thought I was gonna die. ufotable’s gorgeous animation and the beautiful music both come together wonderfully. It’s a really amazing film. Like the fans, I wanna watch it in the cinema already. I hope you’re looking forward to it just as much as I am!” (Translated from Japanese by MMN)

“It had been a while since we’d done voice work for Demon Slayer, but getting to work on the Mugen Train arc, which is a popular one in the manga series, I psyched myself up like the rest of the cast! Despite us not having any visuals to work with for the recording sessions, everyone really put their all into it. Seeing that actually brought tears to my eyes. I think what we achieved by the end of it exceeded our expectations! I hope you all enjoy watching it in the cinema!” (Translated from Japanese by MMN)

“I previously performed for the TV anime series, now I’m doing them main theme for the Mugen Train film arc. It’s personally my favourite arc from the manga, so I was able to add another layer of strength to the song. While the characters face sadness, they still have a fire lit in their hearts. I hope that all of you who may be sad have the strength to move forward just like them.” (Translated from Japanese by MMN)