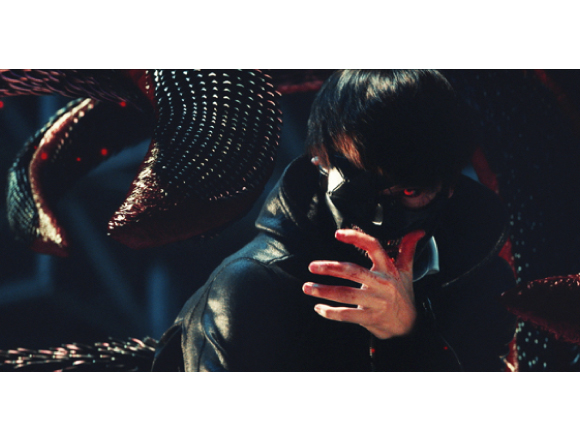 Since its release in 2011, Tokyo Ghoul has sold approximately 30 million manga volumes. It made its debut in Weekly Young Jump and has since gone on to become an international phenomenon, celebrated by fans all around the world.

It has been adapted into a full length anime series, a theatrical performance, and a game. Now, the hit series is set to get its own live action adaptation slated for release on July 29th. The story of the live action film is set in Tokyo where creatures known as “ghouls” live out their lives posed as humans. These merciless killers must feed on the flesh of other humans in order to survive. Due to certain events, protagonist Ken Kaneki, played by Masataka Kubota, becomes half-human and half-ghoul and must live his life in a constant dilemma to battle between his two existences. Does he value his human side more, or will he give in to carnivorous temptation?

The Commission of Counter Ghoul (CCG) is a federal agency that investigates cases connected to ghouls. They risk their lives by throwing themselves into dangerous battles so that ghouls can live alongside humans.

A brand new visual for the movie has been unveiled—the long-awaited reveal of the “kagune” design! Kagune are the predatory organ of a ghoul and are used to make quinques – powerful weapons used in battle. Just as the visual shows, kagune are like a special kind of feeler that vary from ghoul to ghoul and are divided into different types.

The film will be a fantastic visual feast with a combination of intense action from the cast and VFX. The visual confirms that the kagune will be a sight to see, something you could only expect to see in a live action movie.

The visuals show protagonist Ken Kaneki (Masataka Kubota) and Touka Kirishima (Fumika Shimizu) with their kagune out. Both of their eyes are red, which is called “kakugan” in the series, a state ghouls go in when they are hungry or use their kagune—as we see from the new visuals. They are ready for battle.

Kaneki’s rinkaku-type kagune appears from his back while Touka’s ukaku-type comes from her shoulder area like wings. The cast’s realistic portrayal of the characters and their fierce facial expressions bring to life an inflamed intensity we can hope to see in the film.

Moreover, Kaneki’s kagune, which has appeared for a ‘particular’ reason, shows a menacing Masataka in threatening pose, which is sure to excite fans and newcomers alike!

You can expect to see a whole cast of kagune appear in the film in addition to Kaneki and Touka’s, as well as the quinque used by the CCG, and some huge scale battles! The opportunity of seeing this series in live action is different from reading the manga or watching the anime as it offers a completely different experience—one closer to reality and one that you could only expect to see from such an adaptation.

There’s also some good news for those of you living in America! The world premiere of the film will be held at Anime Expo 2017 in Los Angeles. Masataka Kubota will appear as a guest on July 3rd at 19:30 where there will be a Q&A for Tokyo Ghoul fans as well as a photo session.

The anticipation for the release of the film grows as more visuals are released. Look forward to the live action release of “Tokyo Ghoul” on July 29th.