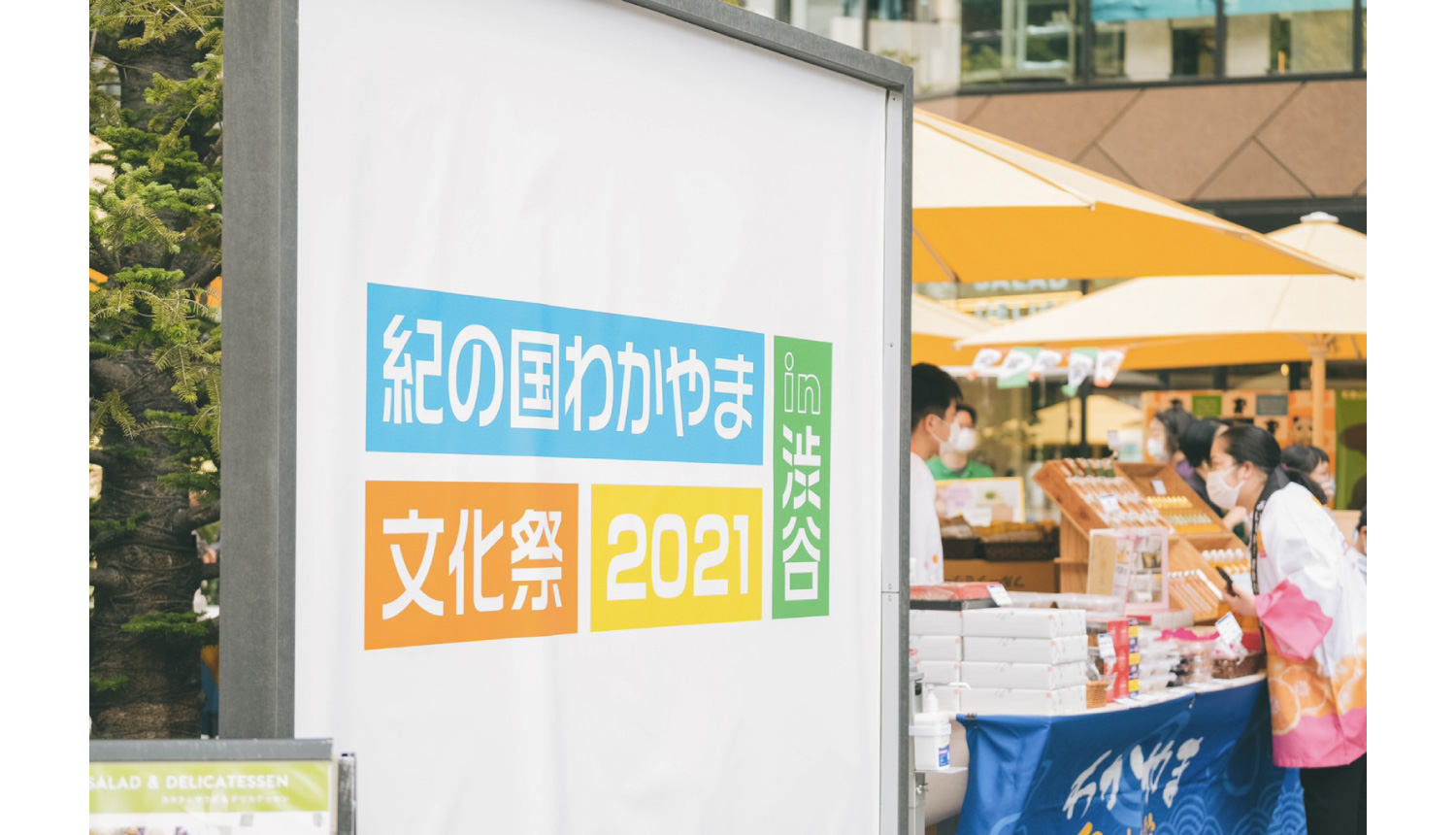 The Kinokuni Wakayama Culture Festival 2021 in Shibuya, produced by Channel 47 and sponsored by the Agency for Cultural Affairs, was held at Shibuya CAST on October 3, 2021.

The event was held to spread the word about the Kinokuni Wakayama Culture Festival 2021, the largest cultural festival in Japan, being held in Wakayama City from October 31 to November 21. Channel 47, the producer of the event in Tokyo, is a company using the power of pop culture and entertainment to share local Japanese culture with the world.

Shibuya CAST, located between the popular neighborhoods of Shibuya and Harajuku, was the perfect location for the event, and visitors enjoyed a number of presentations showing off the best parts of Wakayama. Various goods from the southern prefecture were on sale, and celebrity guests and local figures were in attendance. An original Wakayama Panda Mask Cover, produced by ASOBISYSTEM, was given to over 3,000 guests to help prevent the spread of COVID-19.

Click below for a video of the event highlighting the venue and talks. 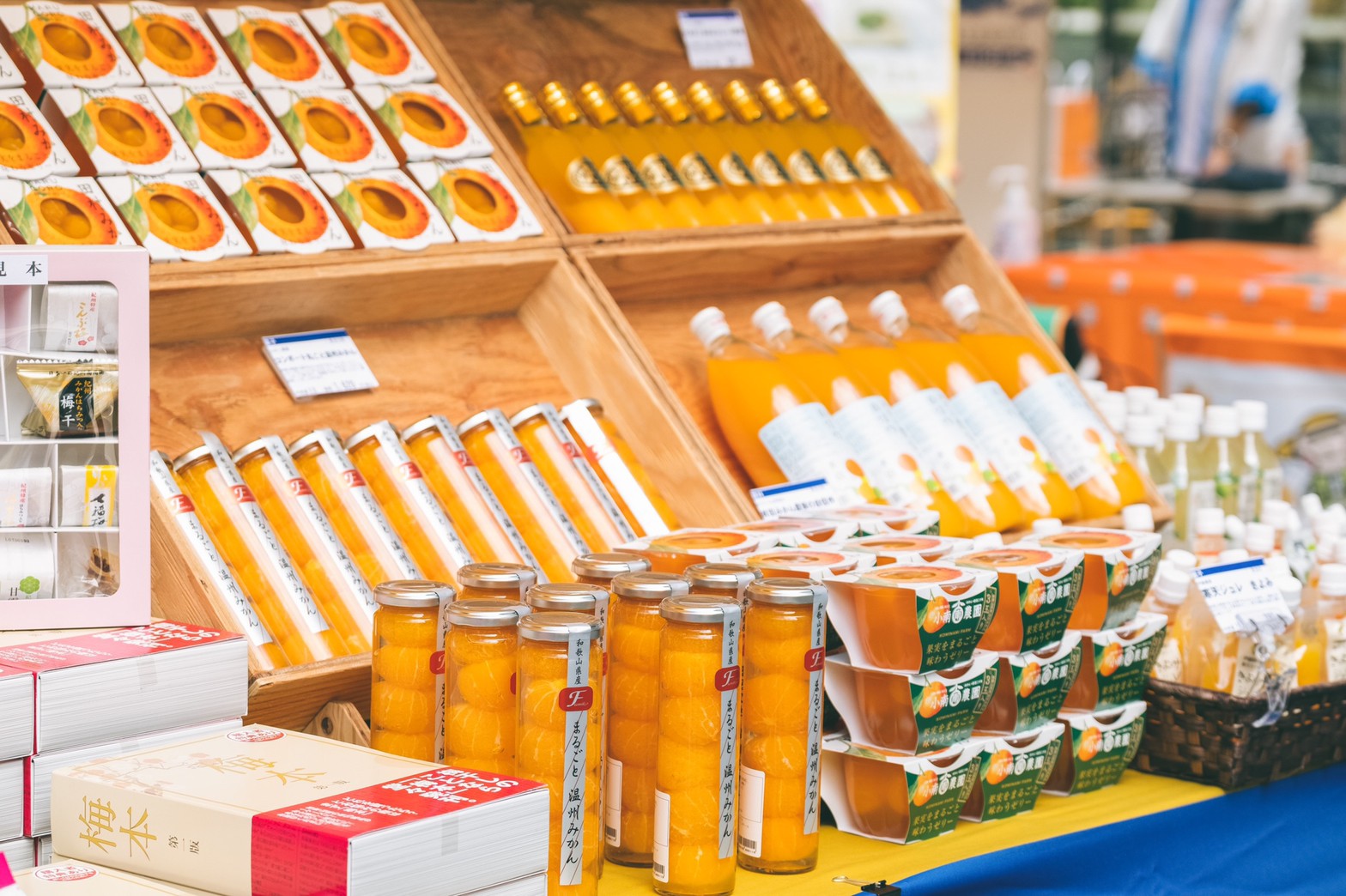 Booths in the plaza of Shibuya CAST were set up, each selling some local goods from the heart of Wakayama, including oranges, dried plums, sake, and shochu. 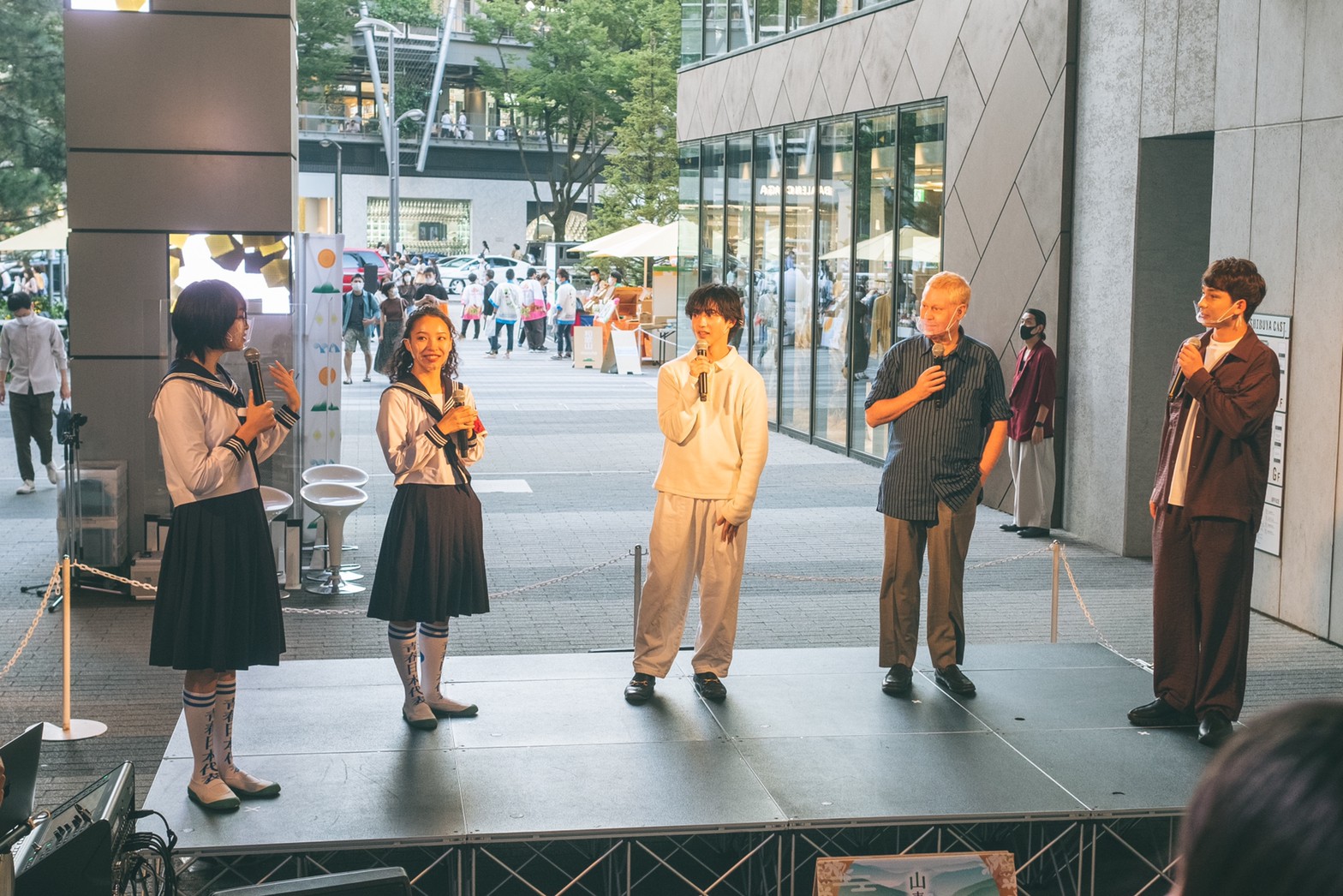 On a special stage erected on the grand staircase of the venue, a series of talks were held by cultural figures, models, and celebrities, including author Alex Kerr, TV personality Martin, and members of the popular girl group Atarashii Gakko!!

The guests chatted about a number of topics, from sharing what they love about Wakayama prefecture to discussing the tourism issues faced by local governments. A particularly interesting talk discussed how Wakayama intends to attract Gen Z tourists. These discussions were live-streamed on Instagram, with about 1,000 viewers outside the venue tuning in. 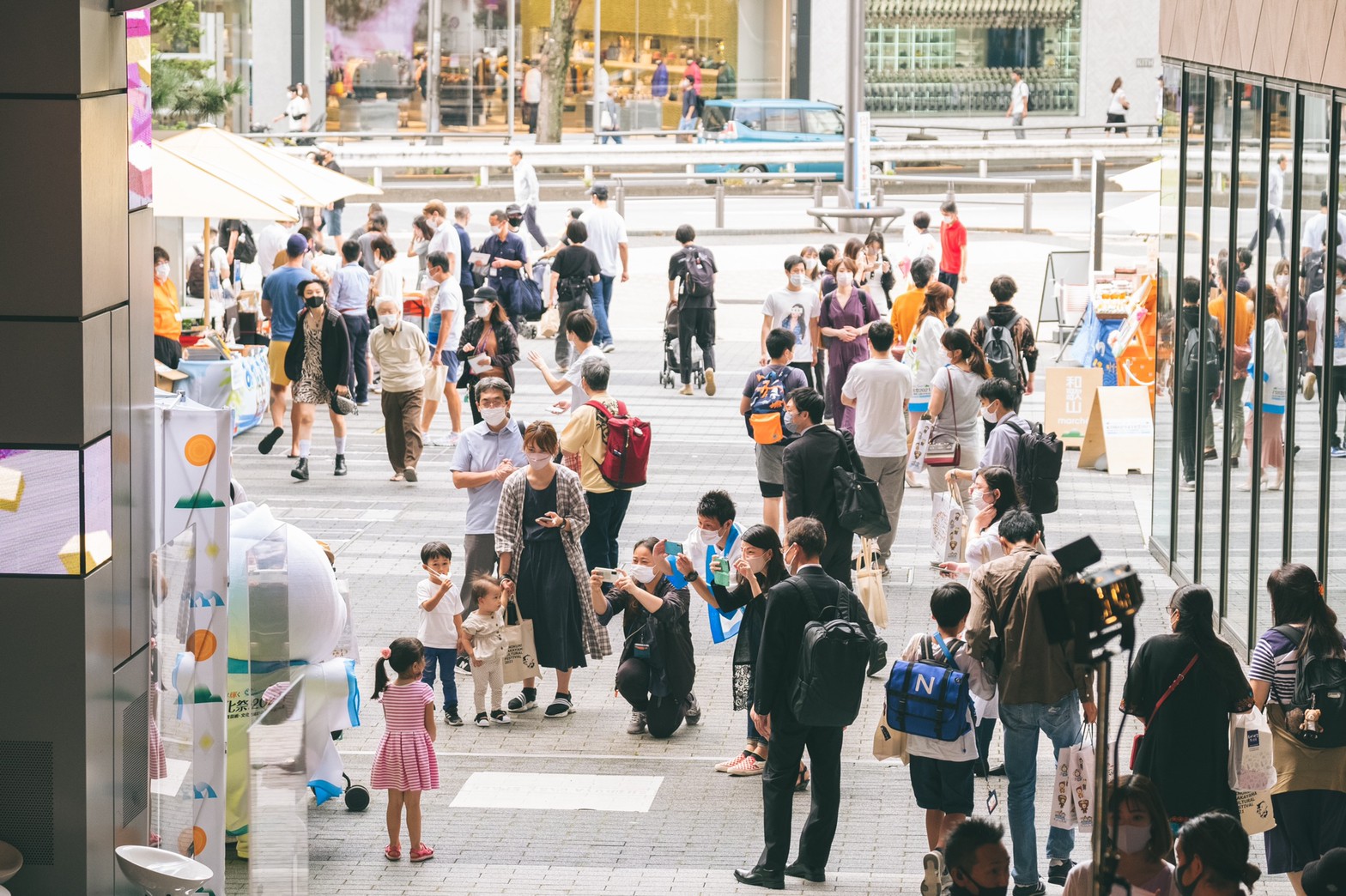 Part 2 [How Local Towns Should Approach Tourism ~How to Blend Tourism, Shibuya, and Entertainment~] 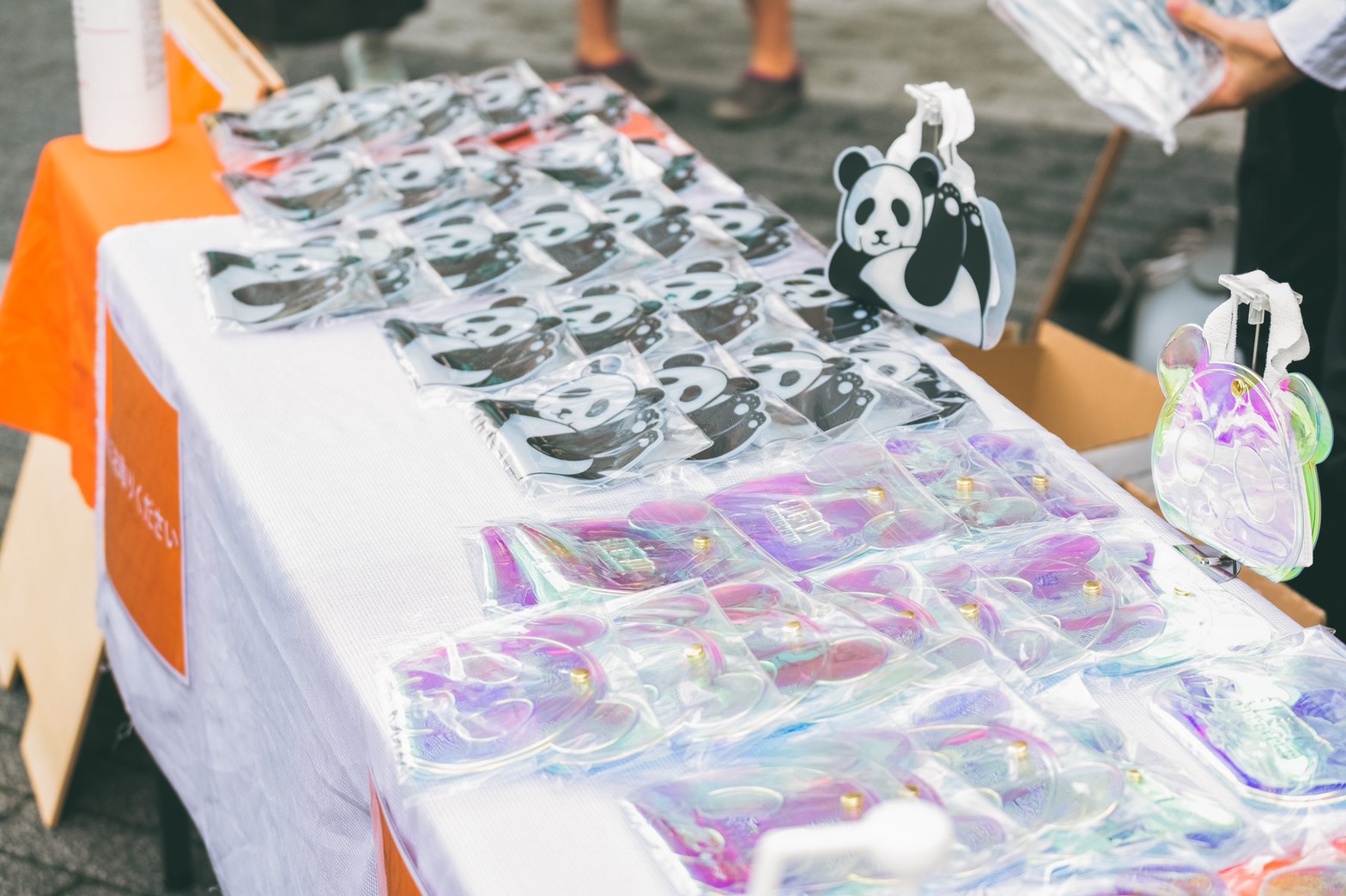 An original Wakayama Panda Mask Cover, produced by ASOBISYSTEM, was given to over 3,000 guests. Talent agency ASOBISYSTEM aims to promote Japanese pop culture worldwide and represents a number of popular artists, models, and creators, including Kyary Pamyu Pamyu and AMIAYA. With two available designs, TV personality Martin tweeted out images of the adorable creations. (https://twitter.com/martin_0406/status/1444163519696424963)

PR for on Giant Screens in Shibuya

The Kinokuni Wakayama Culture Festival 2021 in Shibuya was widely publicized around Shibuya on massive television screens.

Next » The Appeal of Rising Gen-Z Singer ASA Wu, Reaching People’s Hearts with her Music

The Kinokuni Wakayama Culture Festival 2021 in Shibuya (Now Over)

Sponsored by the Agency for Cultural Affairs

About the Kinokuni Wakayama Culture Festival 2021

Sponsors: The Agency for Cultural Affairs, the Ministry of Health, Labor, and Welfare, Wakayama Prefecture, Municipalities in Wakayama, the 36th Wakayama Culture Festival and 21st Festival of Wakayama Art and Culture for the Disabled Committee, Municipal Executive Committees, Cultural Organizations, Organizations for Those With Disabilities, etc.

Channel 47 is a project using the power of entertainment to share Japan and its local culture with the world. By getting popular celebrities and public figures involved, the company produces events and content that conveys the appeal of specific Japanese locales and customs to global audiences.