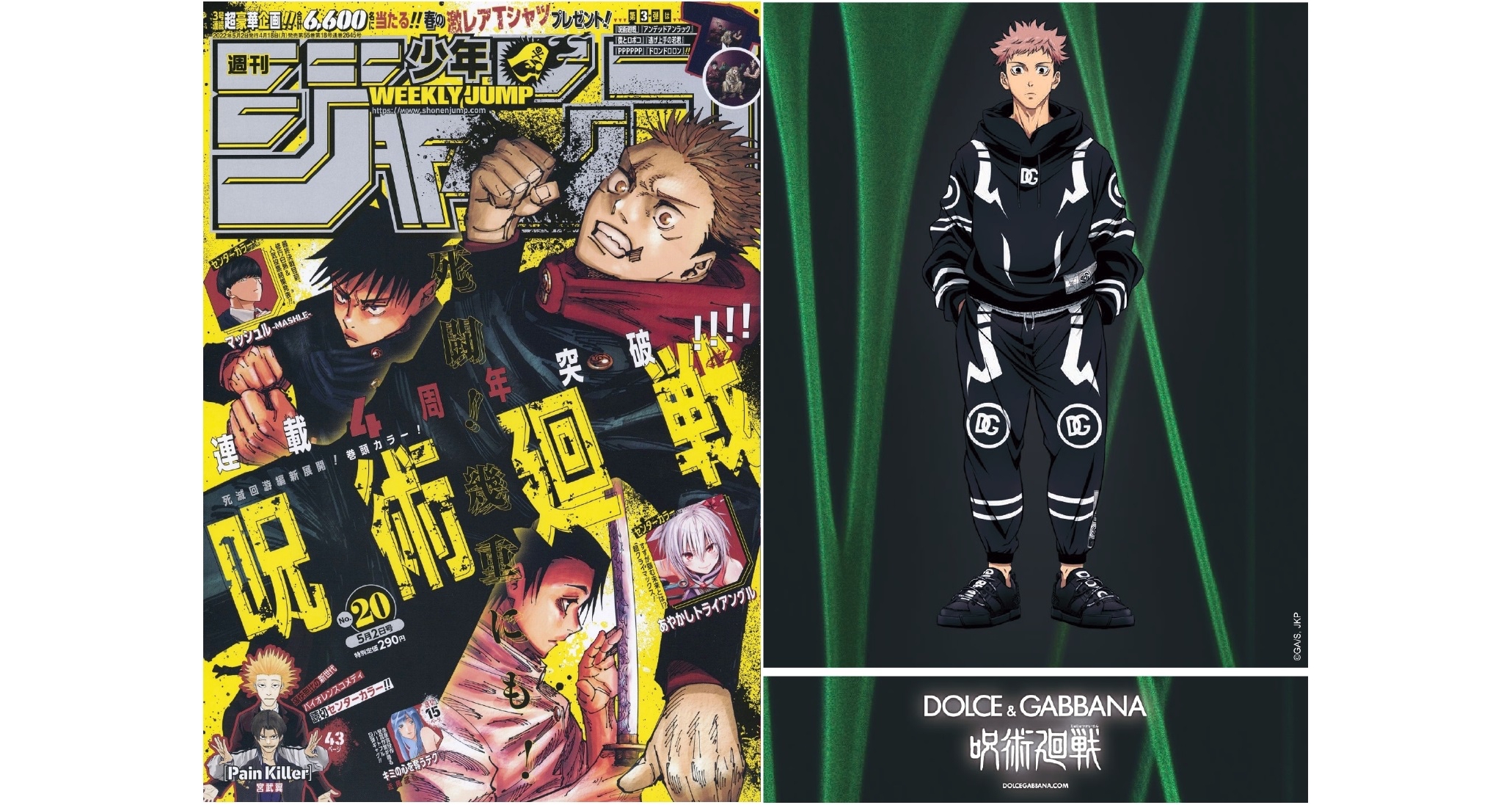 The popular anime series Jujutsu Kaisen is getting a collaboration with luxury brand Dolce & Gabbana! The first visual for the collab appeared on the back cover of the newest issue of Weekly Shonen Jump, on sale on April 18, 2022.

The visual was drawn by the same studio responsible for the anime series MAPPA and eight characters from the series will eventually be featured wearing Dolce & Gabbana–Yuji Itadori, Megumi Fushiguro, Nobara Kugisaki, Maki Zenin, Toge Inumaki, Panda, Kento Nanami, and Satoru Gojo. All character visuals were unveiled on April 15 on Dolce & Gabbana’s social media and on the project’s special website. This first visual focuses on Yuji Itadori.

It’s extremely rare for a luxury brand ad to appear in Shonen Jump, but the manga series featured in the magazine have continued to cross boundaries in recent years, and fans have been very happy about this rather strange collaboration.

Which character do you think looks the best in their fancy apparel?