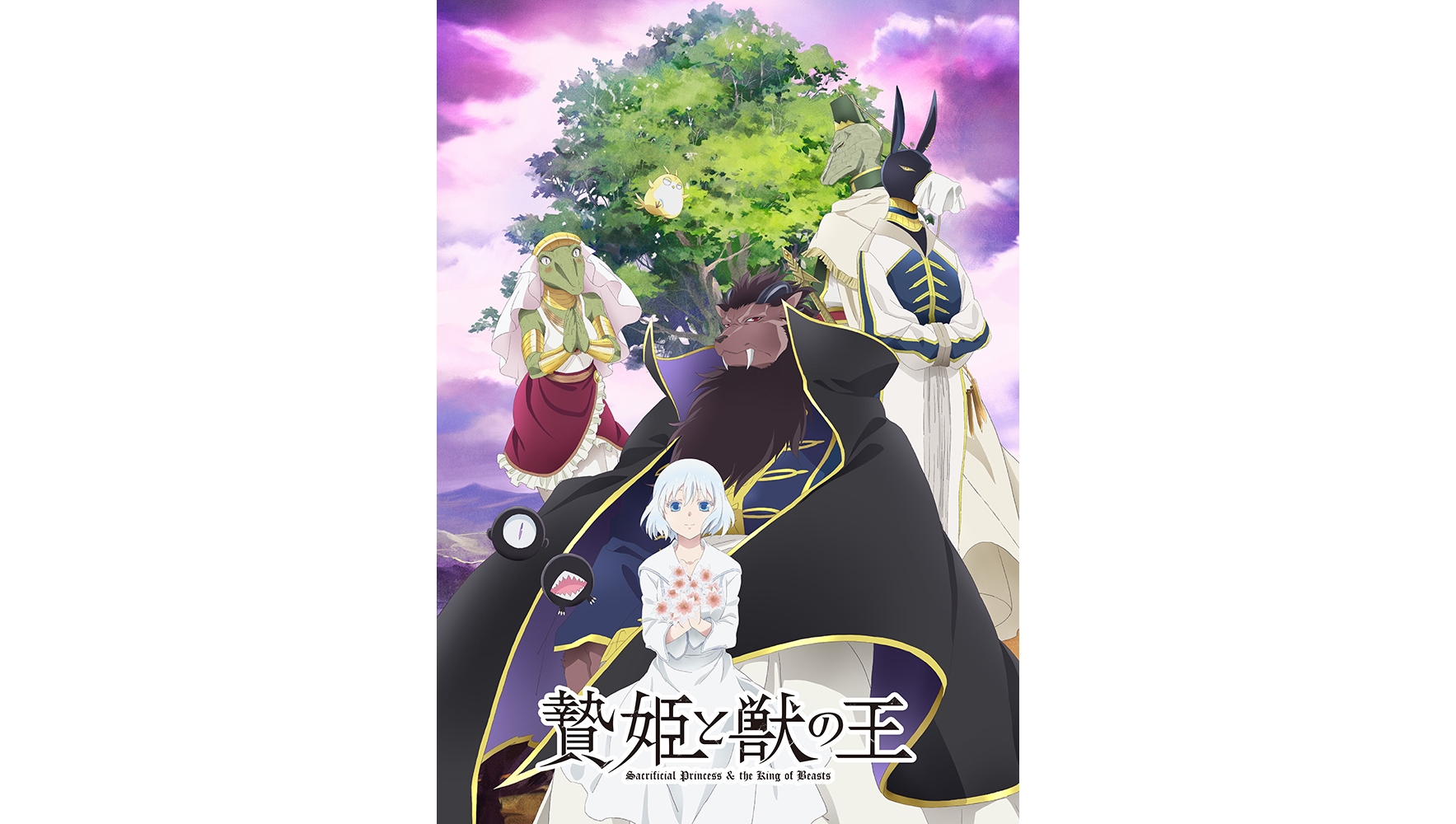 Yu Tomofuji’s supernatural romance manga series Sacrificial Princess & the King of Beasts began serialization in Hakusensha’s Hana to Yume magazine in 2015, coming to a close in 2020. An anime series is coming in April 2023 and more cast and staff information has been released, along with the first trailer!

The first trailer shows off the adorable human girl Sariphi and the beastly king Leonhart. Additional cast members announced include Takuma Terashima as Anubis, the Ozmargo Kingdom’s prime minister, and Chikahiro Kobayashi as Jormungand, the commander of the Imperial Guard. Megumi Han will play Amit, the princess of the crocodilian race, while Hiroyuki Yoshino will portray Bennu, a sacred beast that takes on the form of a baby chick.

Along with the main staff already announced, Yukako Tsuzuki will work on sub-design, Hazuki Iida will serve as the show’s art director, and Mika Funahashi will provide color design. The Director of Photography is Yurina Yagi and Maki Sendo (REAL-T) will edit.

Sacrificial Princess & the King of Beasts