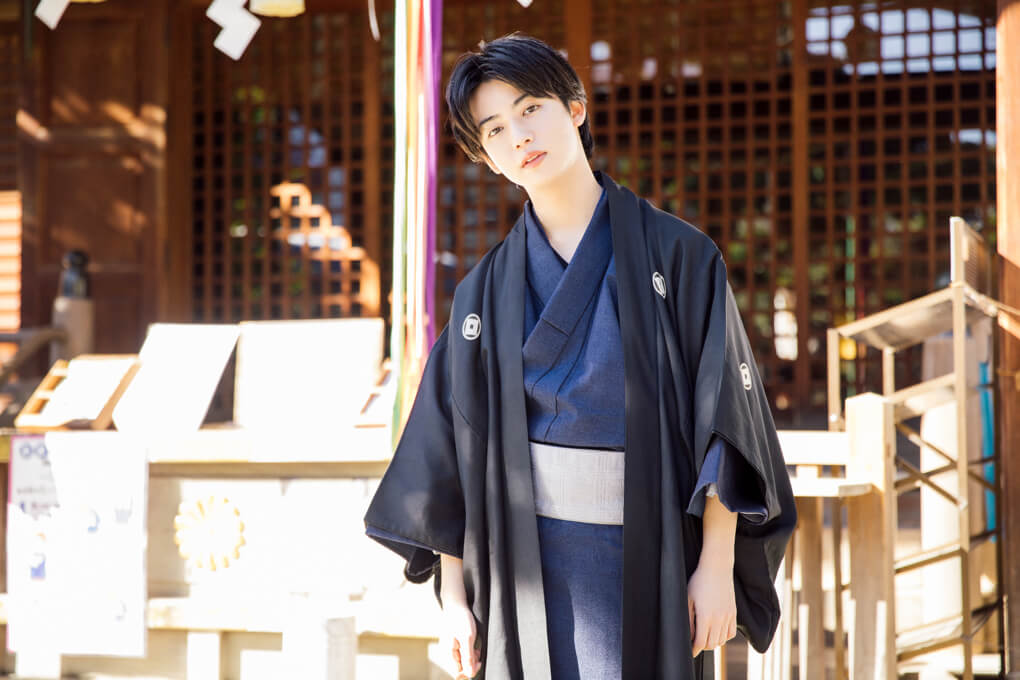 The first date of 2018 with Yutaro was to visit a ‘power spot’ so we can have a wonderful year this year too. That being said, we went to “Hatonomori Hachiman Shrine” in Sendagaya which is next to Harajuku. This was our hatsumou, the first shrine visit of the New Year, and we went wearing kimono.

Hatonomori Hachiman Shrine is a 5-minute walk from Kita-Sando Station via the Tokyo Metro Fukukoshin Line, just one stop from Meiji-Jingumae Station in Harajuku. It’s super easy to get there from Harajuku or Shibuya. You can also walk there in 5-minutes from Sendagaya Station if you take the JR Sobu Line. 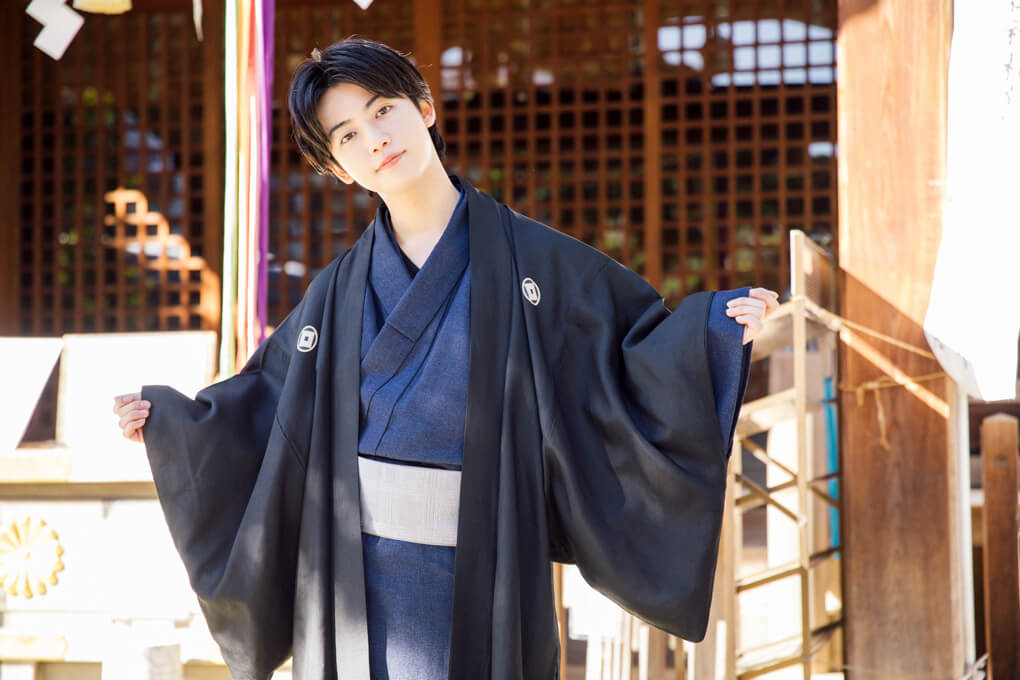 Hatonomori Hachiman Shrine has a long history, even going as far as to be recorded in the Edo meisho zue, an illustrated guide to famous Edo places that was published at the end of the Edo period. The shrine grounds features the shogidou, where a huge Shogi (like chess) piece is enshrined; the Koga Inarisha shrine where the Koga-Gumi, a group of ninja serving the Tokugawa Shogunate, would pay reverence; a Noh stage; the main building that was completed in 1993, and more.

According to the Shinto chief priest Hirano, the oldest things in the shrine grounds are the 3 ginkgo trees planted there. If you visit the shrine, be on the lookout. 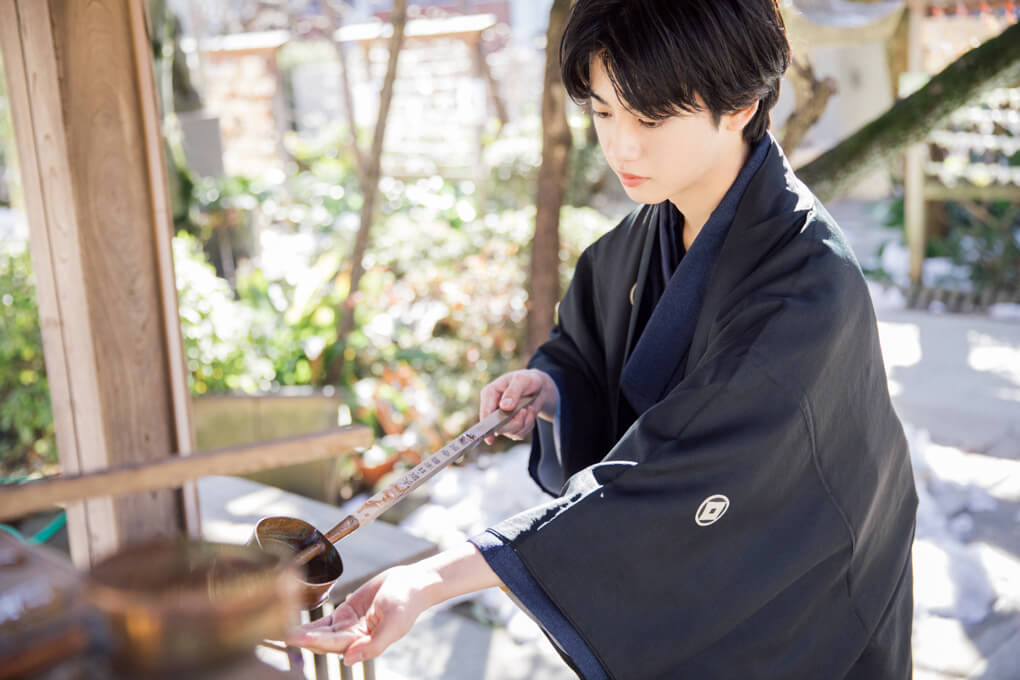 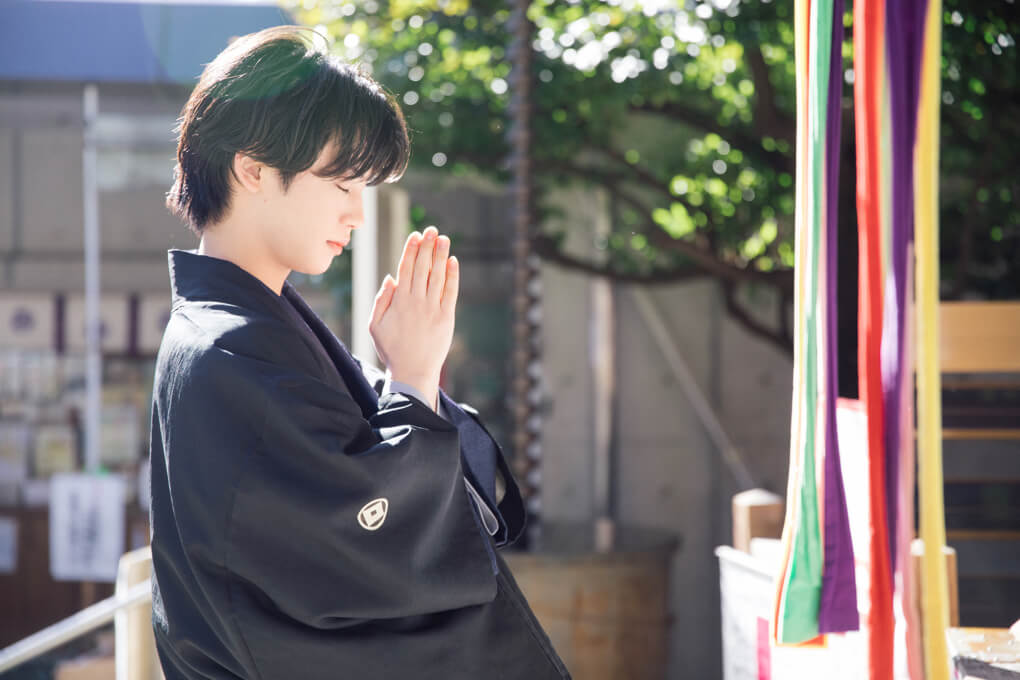 We finally arrived. After bowing, we headed through the torii gate and onward towards the shrine. We cleanse our hands and mouth before praying. I wonder what could he be praying for? He has an unusually serious expression. 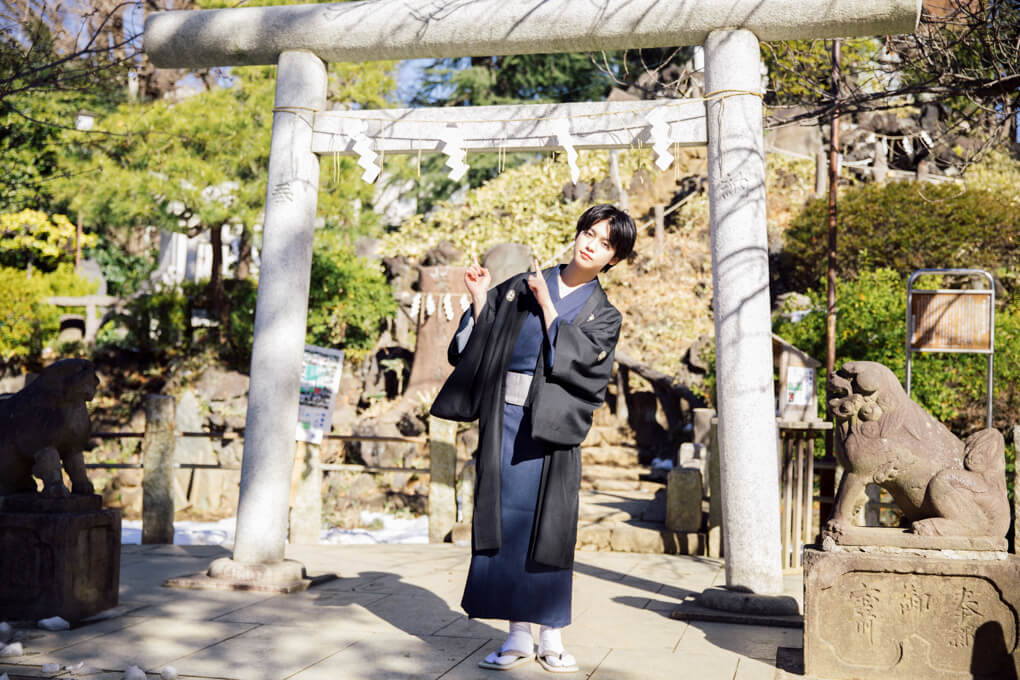 After praying, we climbed the fuji-zuka, a manmade mound made to imitate Mount Fuji. It has received much attention as a ‘power spot,’ a place believed to heal visitors through special energy. The Edo period was a time when it was difficult for people to climb Mount Fuji, so common folk would look to fuji-zuka as Mount Fuji for their worshipping. 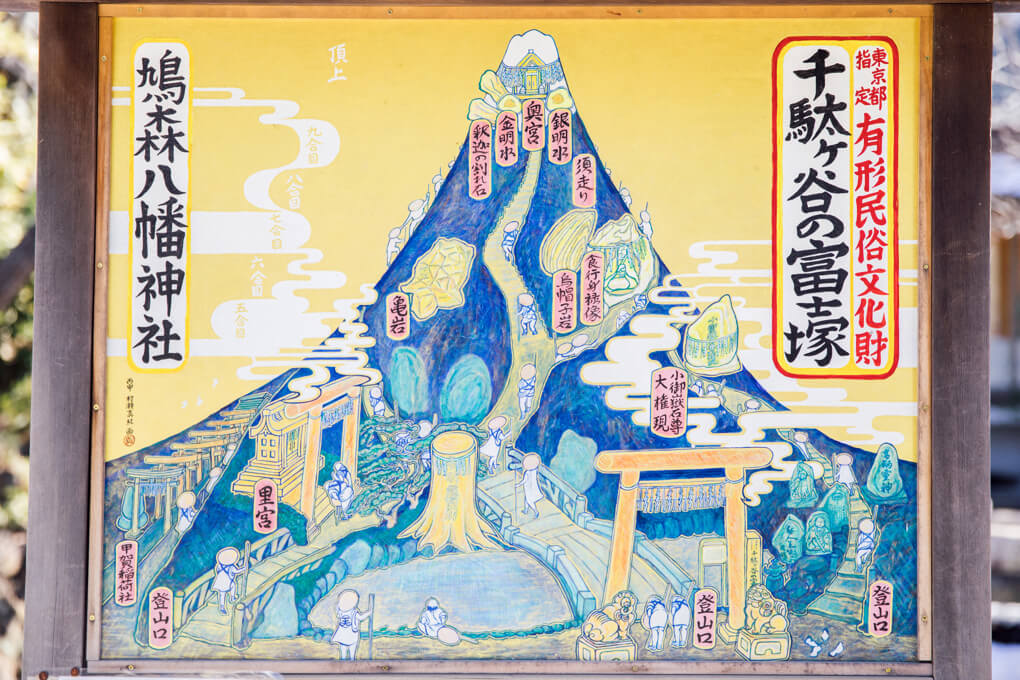 It is said that Hatonomori Hachiman Shrine was constructed in 1789, and the fuji-zuka, the oldest still standing in the city, was designated a Tangible Folk Cultural Property. 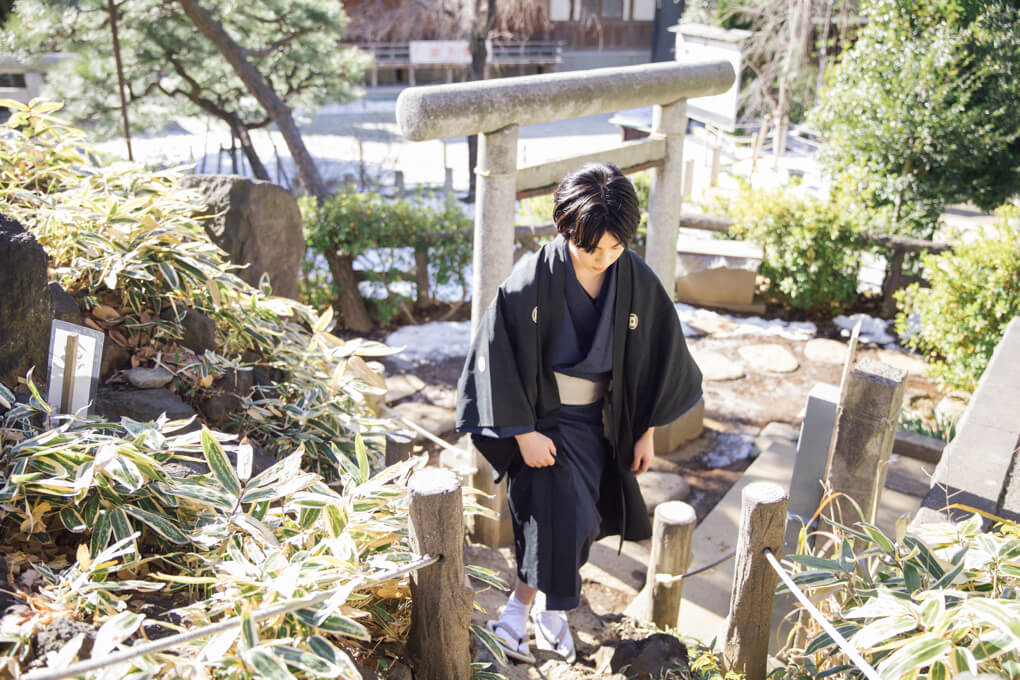 Yutaro-kun hasn’t climbed Mount Fuji before, so this will be his first! 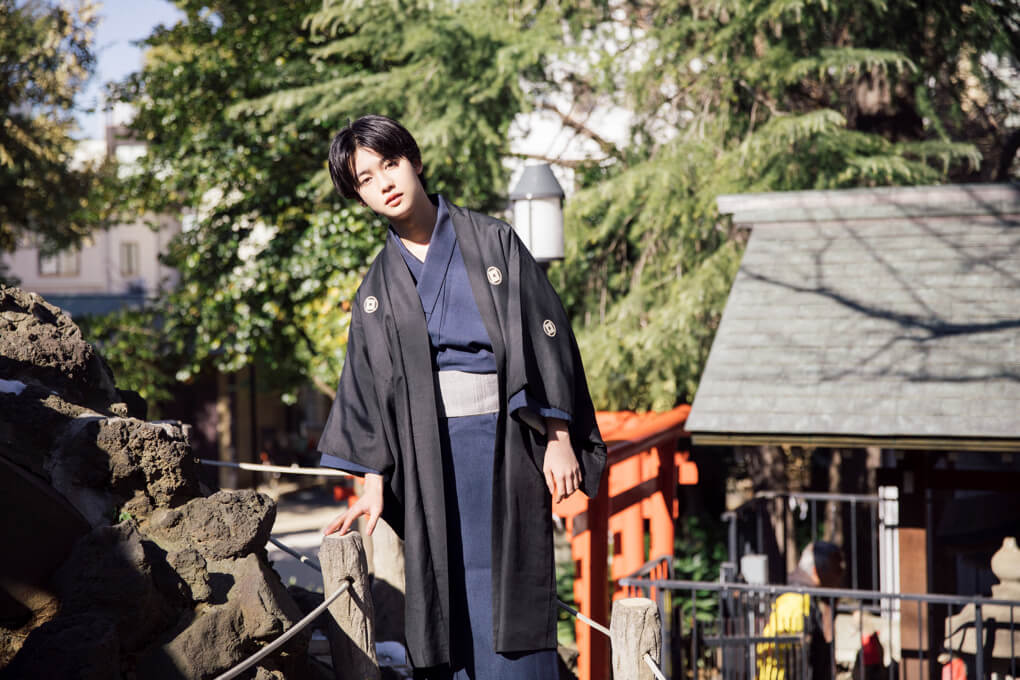 Mount Fuji has 5 stations you can stop off at leading up. Climbing fuji-zuka was tougher than we thought, so we agreed to wear sneakers next time. While being cautious we continued our climb without falling. 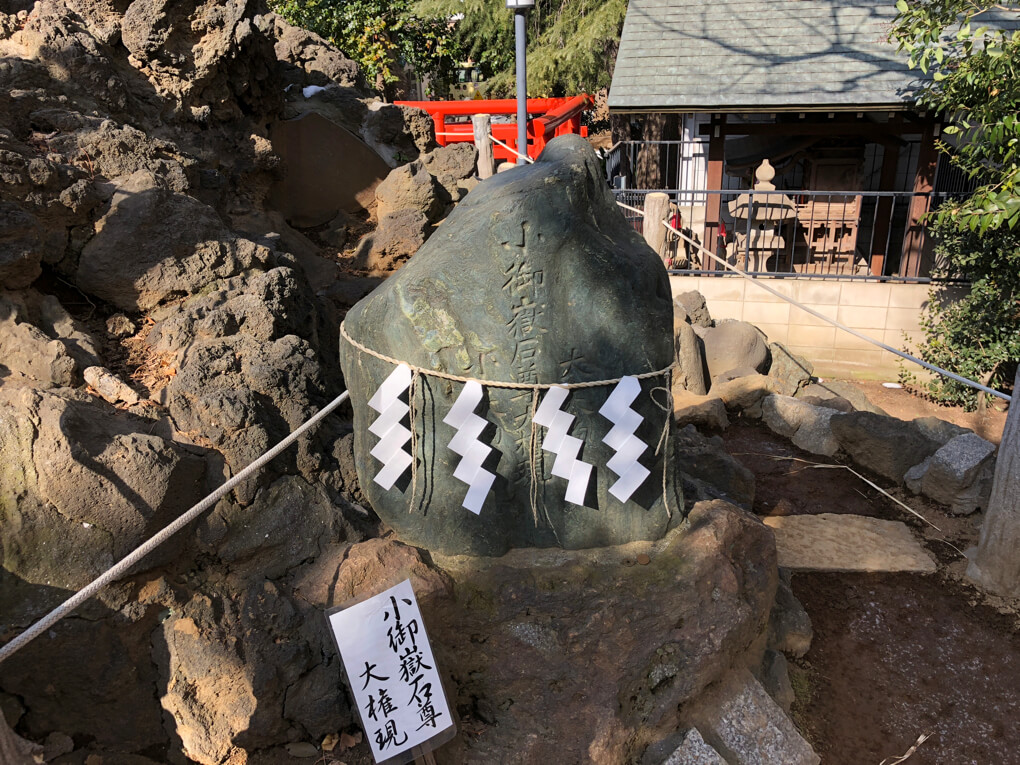 Writing from the Kansei era is written on the komitake sekison daigogen at the 5th station. You can’t help but feel the length of the fuki-zuka’s history at Hatonomori Hachiman Shrine! 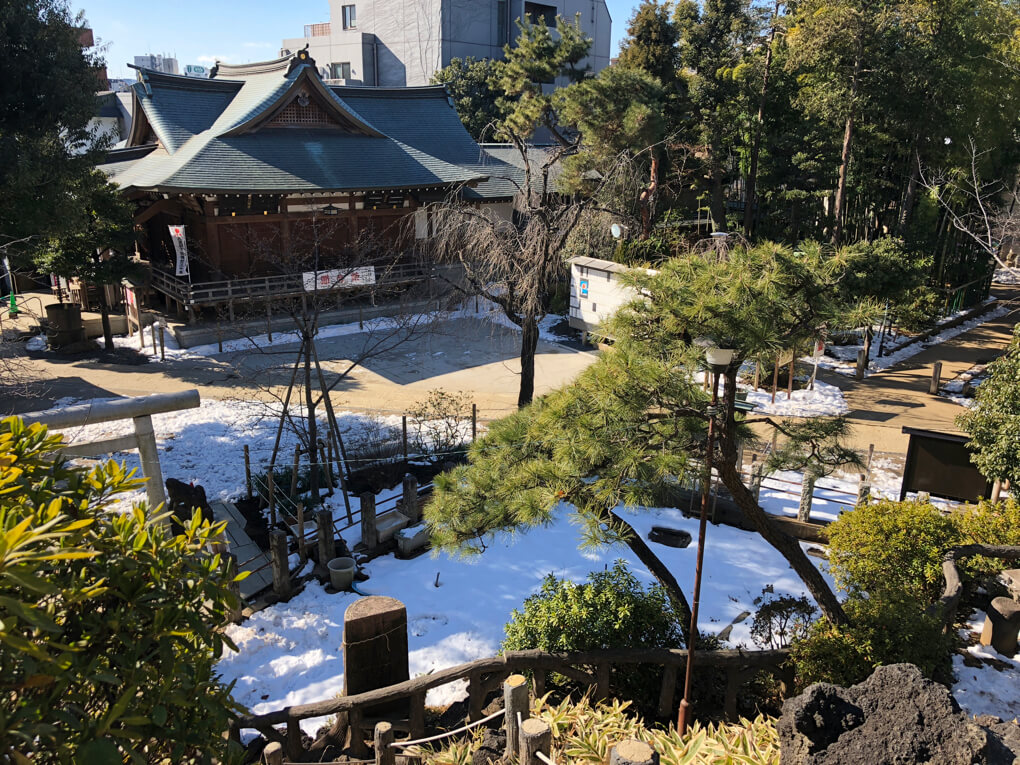 The view from the top is amazing! When you see the tree-wrapped shrine grounds, your heart feels gentle and calm.

“It’s a dream come true that we can climb Mount Fuji in Tokyo.” 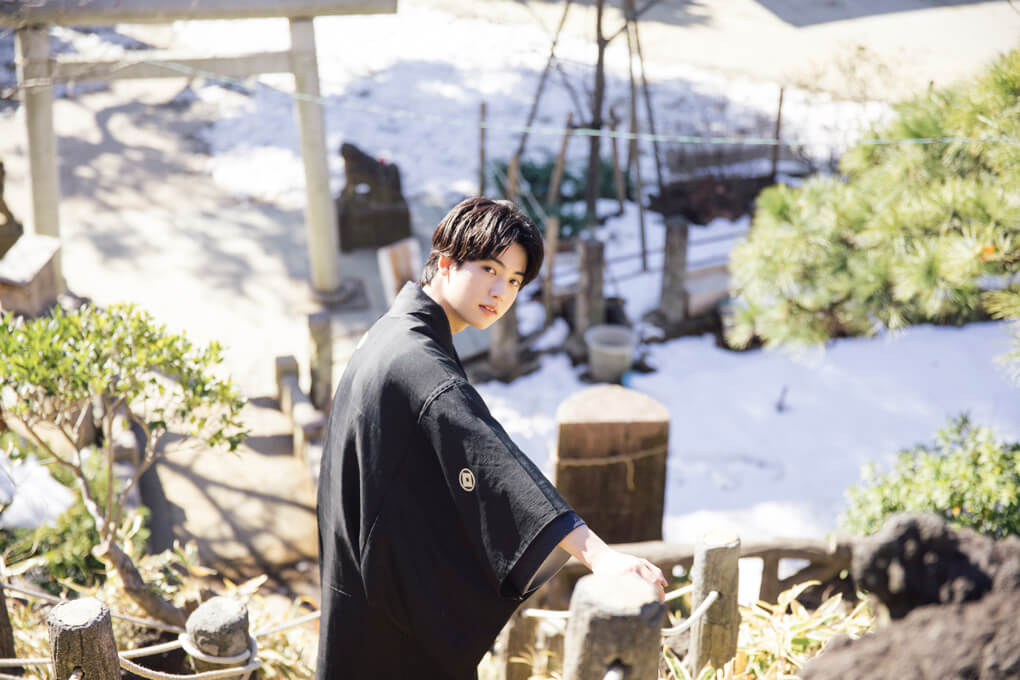 We took a different route going down. This route is steep too! 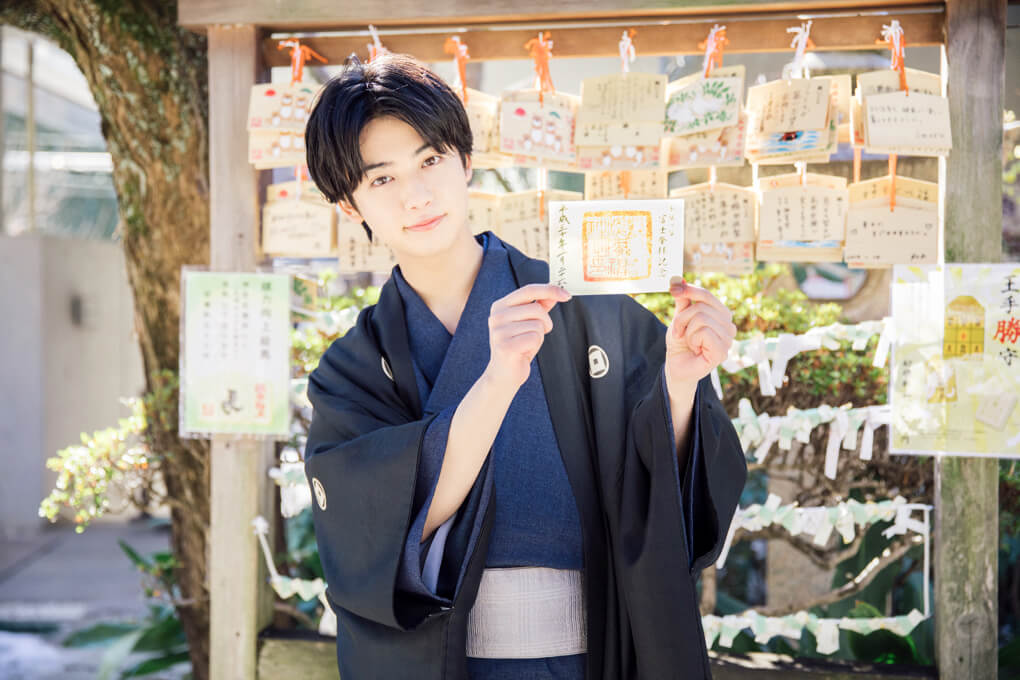 After we safely reached the bottom, we receive a goshuin shrine stamp to commemorate today’s Mount Fuji worship. The ceremony fee is ￥300. Be sure you get one too after reaching the top! 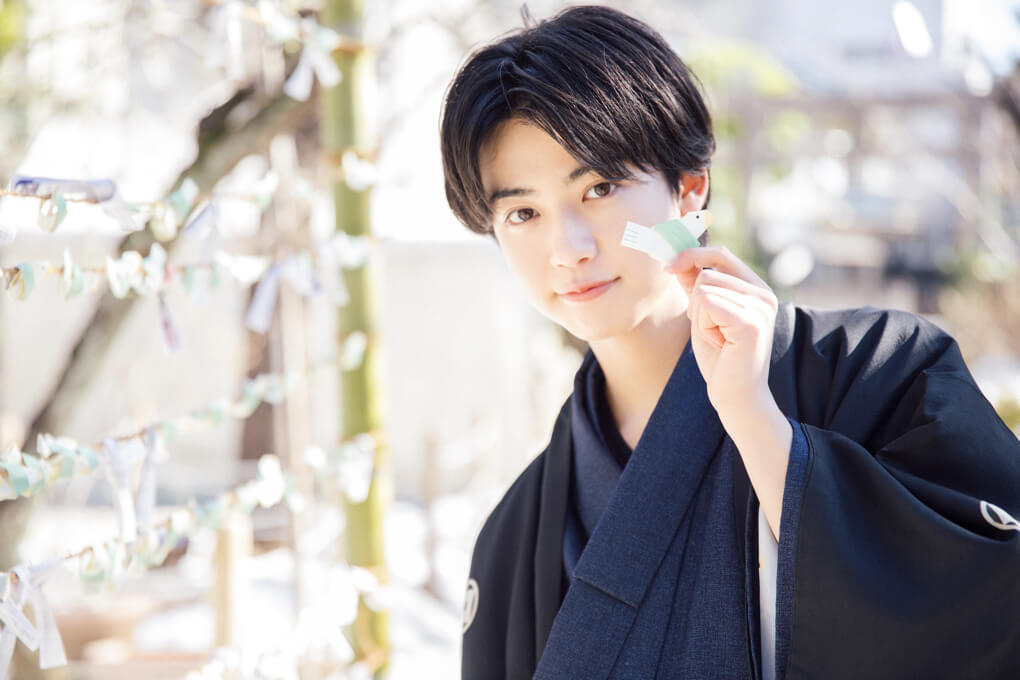 Finally, we drew one of Hatonomori Hachiman Shrine’s unique “Hato Mikuji.” The omikuji blessing was “small blessing” (sho-kichi). After reading the omikuji carefully, we tied it to tie a link with the gods. Before we knew it, the date had come to an end. 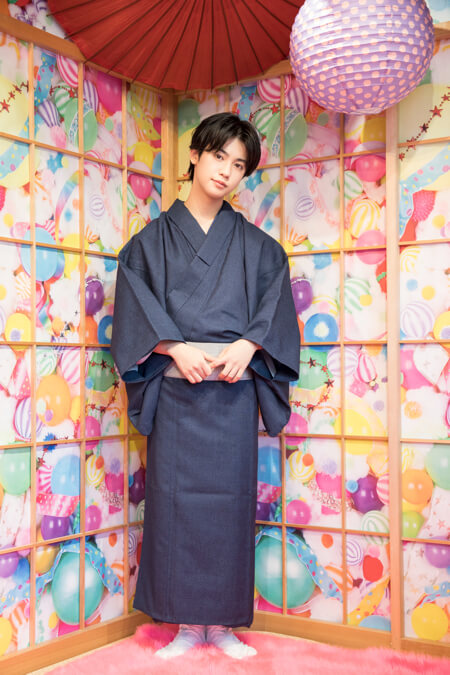 How was this first kimono date? If you’re thinking you want to walk around Harajuku in a kimono like Yutaro, then we recommend checking out a rental kimono store. The kimono worn today was rented at the Moshi Moshi Kimono Salon in Harajuku. Please enjoy yourself by going out in a kimono with your friends or on a kimono date with that special someone.

Yutaro was born in Hiroshima on June 3rd 1998. His modeling career has earned him lots of attention as a fashion icon of the new generation. The famous model also works as a “charisma” shop assistant. Yutaro has gained his reputation as a “mysterious and handsome guy” from his appearance on Japanese variety shows. His debut was made on the show “Gyoretsu no Dekiru Horitsu Sodanjo” and has since then appeared on numerous different TV shows. He challenged himself to appear on stage for the very first time in March this year and is gaining popularity by the day for his diverse work.

Next » Tokyo Stroll: A Christmas date with Yutaro at Tokyo Tower wrapped in sparkly illuminations