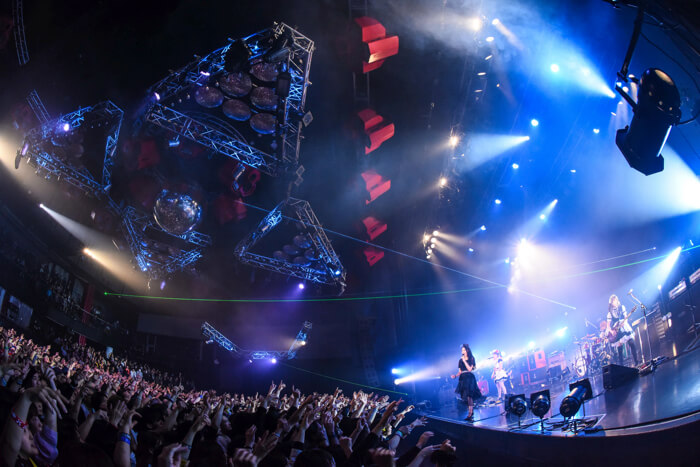 BAND-MAID wrapped up their BAND-MAID WORLD DOMINATION TOUR 2018-2019【Shinryaku】 at with two final shows at Shinkiba STUDIO COAST in Tokyo on January 11 and 12. This is a report of the concert on the 12th for which tickets sold out on the same day as their release.

Both nights had entirely different set lists. Across the two days the five-member rock band performed to 4,000 Masters and Princess of varying ages.

Excitement amongst fans was evident for all to see as they waited patiently in the venue which was wrapped in a bewitching atmosphere brought about by the projection of a western-style house on the stage curtain. The start of the final “Serving” was imminent―the name for BAND-MAID’s concerts referring to them serving their Masters and Princesses as maids. 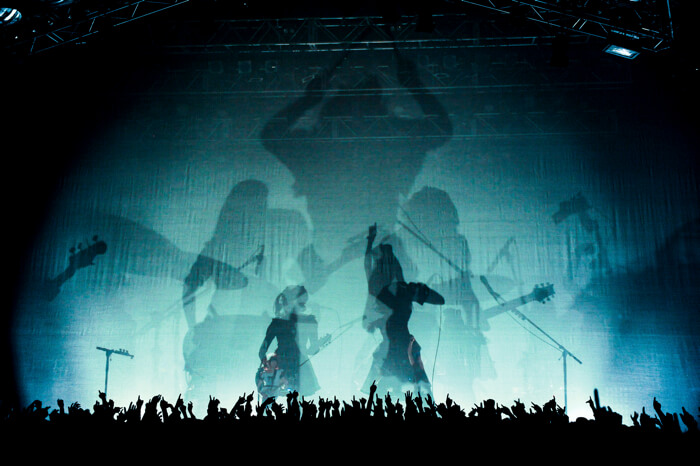 Akane’s fierce drumming beat the crowd into a frenzy as her silhouette appeared on the curtain followed by bassist Misa, guitarist Kanami, vocalist and guitarist Miku Kobato and vocalist Saiki. BAND-MAID opened the final night of their long tour with DICE. 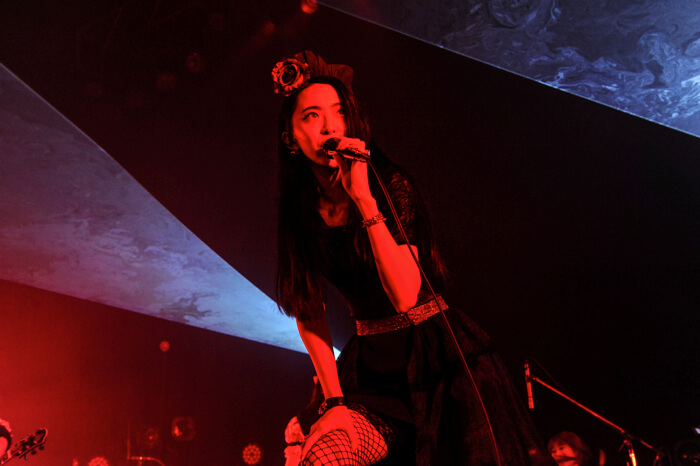 “Shinkiba, I can’t hear you!” cried Saiki, provoking fans to scream louder. The band followed up with the non-fiction days and then Moratorium for which the curtain finally dropped, kindling the fire in the crowd.

BAND-MAID threw out an aggressive set list, starting with the song glory which is used as the ending theme song for the anime series Yu-Gi-Oh! VRAINS.

Kobato greeted fans with her call-and-response catchphrase “Kuruppo!” before giving a warm welcome to fans to their Serving. They went on to play DOMINATION, a BAND-MAID-defining number that encapsulates their ultimate goal: world domination. 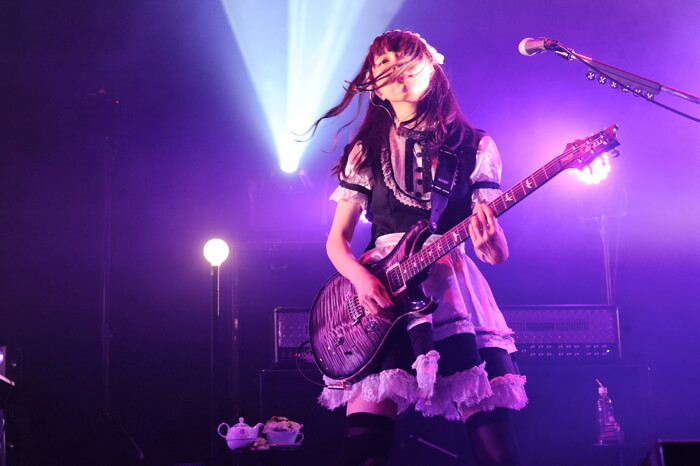 The final treat of the first half of the show was the performance of without holding back ~instrument~, an instrumental song written specially for this night. 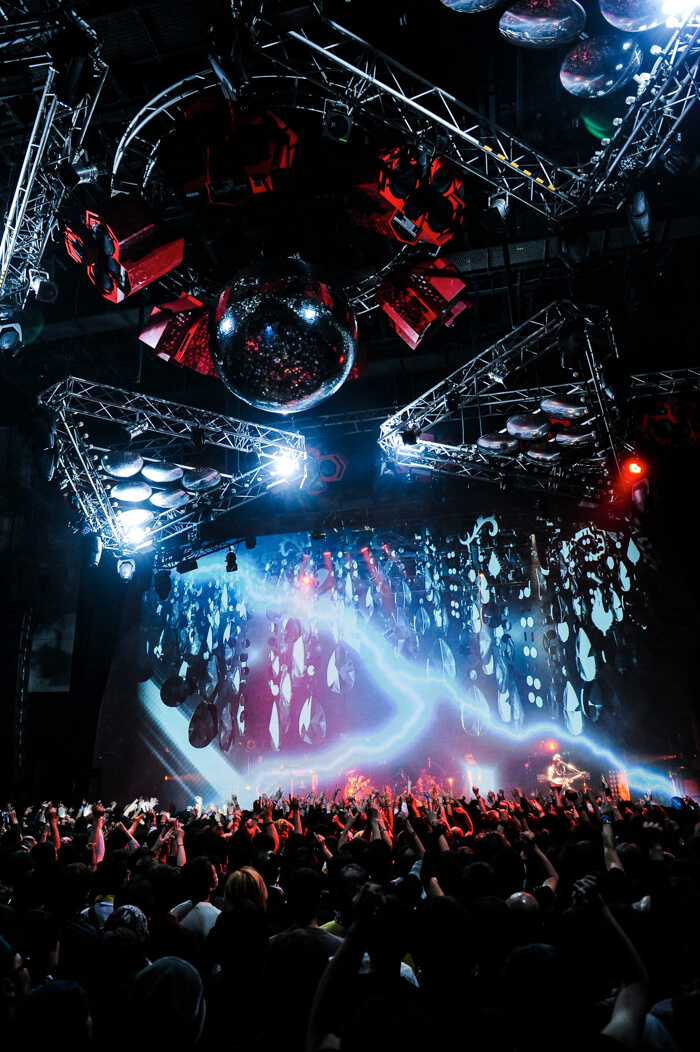 At the start of the second half, Kanami stood before her keyboard and played gracefully to the tunes of start over and Daydreaming. The Masters and Princesses were sucked deeper into the world of BAND-MAID and their set which was a variation of slow and fast songs. 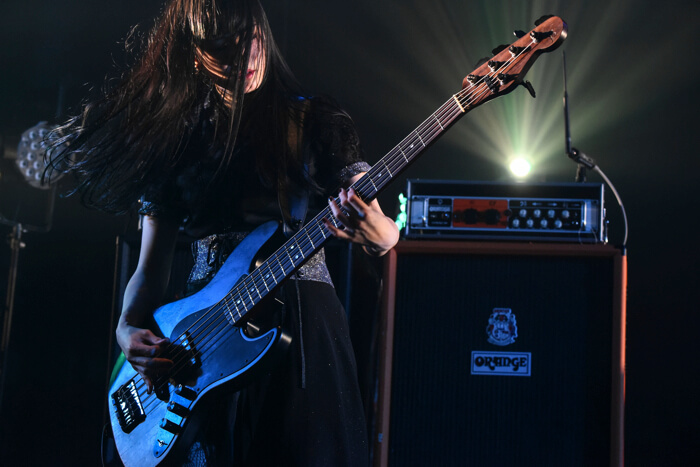 Saiki pierced the bodies of the Masters and Princesses during the acoustic anemone with her voice and kept their gazed lock with the subsequent hard rock tunes Matchless GUM and FREEDOM. The two guitars and one bass all came together to perform before the band went on to play Bubble, a song used as the main theme for the Japanese TV drama Perfect Crime.

Kobato took to lead vocals for TIME as BAND-MAID stormed their way into the final act of the tour finale. 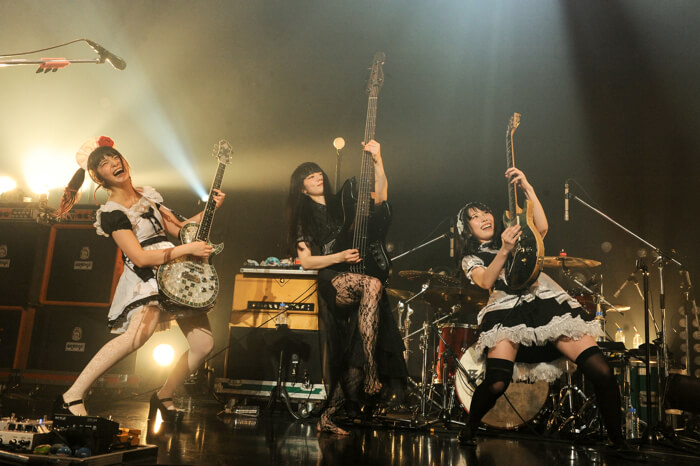 The members invited the crowd into a world of rock with their standard string of songs you., Play and Choose me. Saiki then announced, “This will be our last song! Let’s give it all we’ve got, Shinkiba!” The song in question was Don’t you tell ME which rolled into the climax of the night. 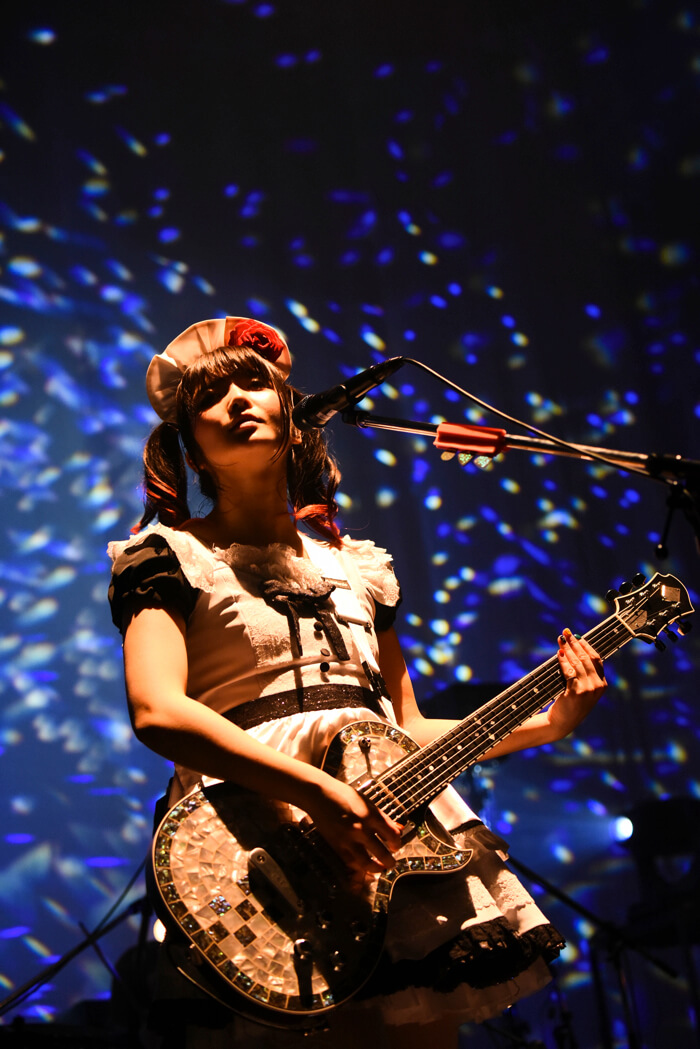 BAND-MAID we’re actually supposed to have concluded the concert here. “Are you okay with this, Shinkiba? Do you want more?! Hold on a sec,” said Saiki. The members came together in front of the drums and started talking to each other. “We’re not done yet either!” In a surprising turn of events, the band shredded their way into FORWARD, a song that wasn’t on the set list.

At the end of the show, fans were treated to another surprised: the music video for Bubble, the band’s fifth single set to be released tomorrow on January 16. 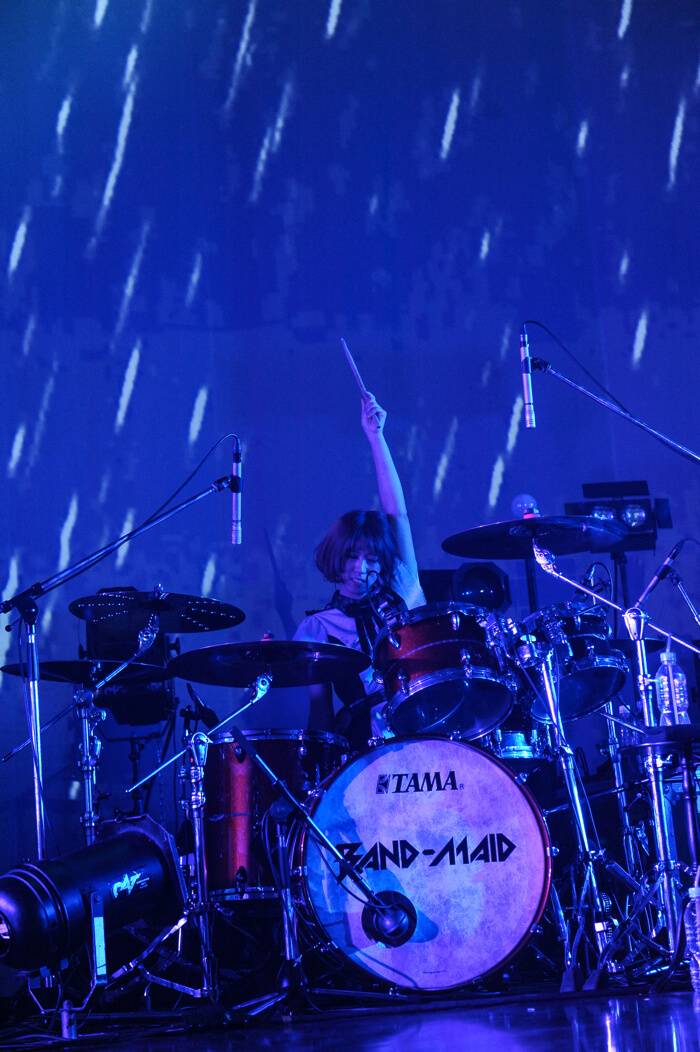