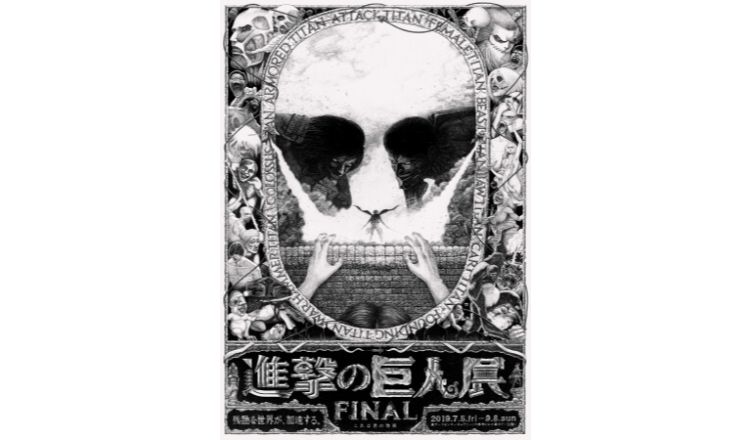 Details on what fans can expect at the upcoming Attack On Titan Exhibition FINAL event have been unveiled. The event, which is centred on the entirety of the manga series Attack On Titan, will run from July 5 to September 8 at the MORI Arts Center Gallery on the 52nd floor of Roppongi Hills MORI Tower. 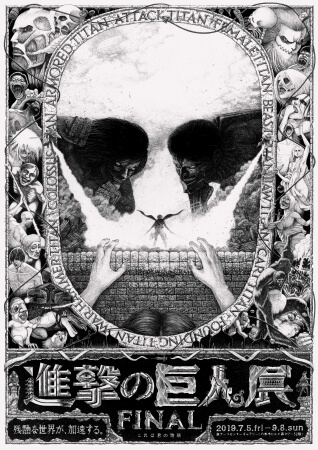 A second key visual for the exhibition was released alongside the announcements featuring the various Titans we have seen in the series to date.

The centrepiece for this exhibition is the first unveiling of “the sounds of the final chapter.” This special exhibit will create the scene of the last chapter of the series using only sounds.

At the entrance to the exhibition, visitors will choose the path they wish to take. Were you born inside the Wall, or beyond it? Depending on which life you choose, you will follow a different route from the outset. Experience what it’s like to be born and live in the world of Attack On Titan.

Attack On Titan’s World Reconstructed at the Diorama Theatre

An entire room in the exhibition has been turned into the world of the series thanks to life-size dioramas and a 20 meter screen. Hear the screams of people who have fought the titans as you step into the room and see the course of the battle with your own eyes.

Hear the sound of the series’ final chapter which the manga’s author Hajime Isayama is currently conceiving.

Over 180 Art Pieces From Entire Series

See over 180 pieces of artwork by Hajime Isayama spanning 10 years including new ones not yet featured in the manga series as well as unpublished pieces and more.

Audio pieces of 13 characters recorded by the voice actors and actresses themselves will guide you through the exhibition including Eren, Mikasa, Armin, Erwin, Hange and Levi

Official merchandise will also be sold at the event including exclusive items created for the exhibition. The first batch of items will be revealed on the exhibition shop’s official website in early July.

Be sure to check the website for more details and photos, and enter the world of Attack On Titan!