Get Drenched With Zootopia Characters This Summer At Tokyo Disneyland 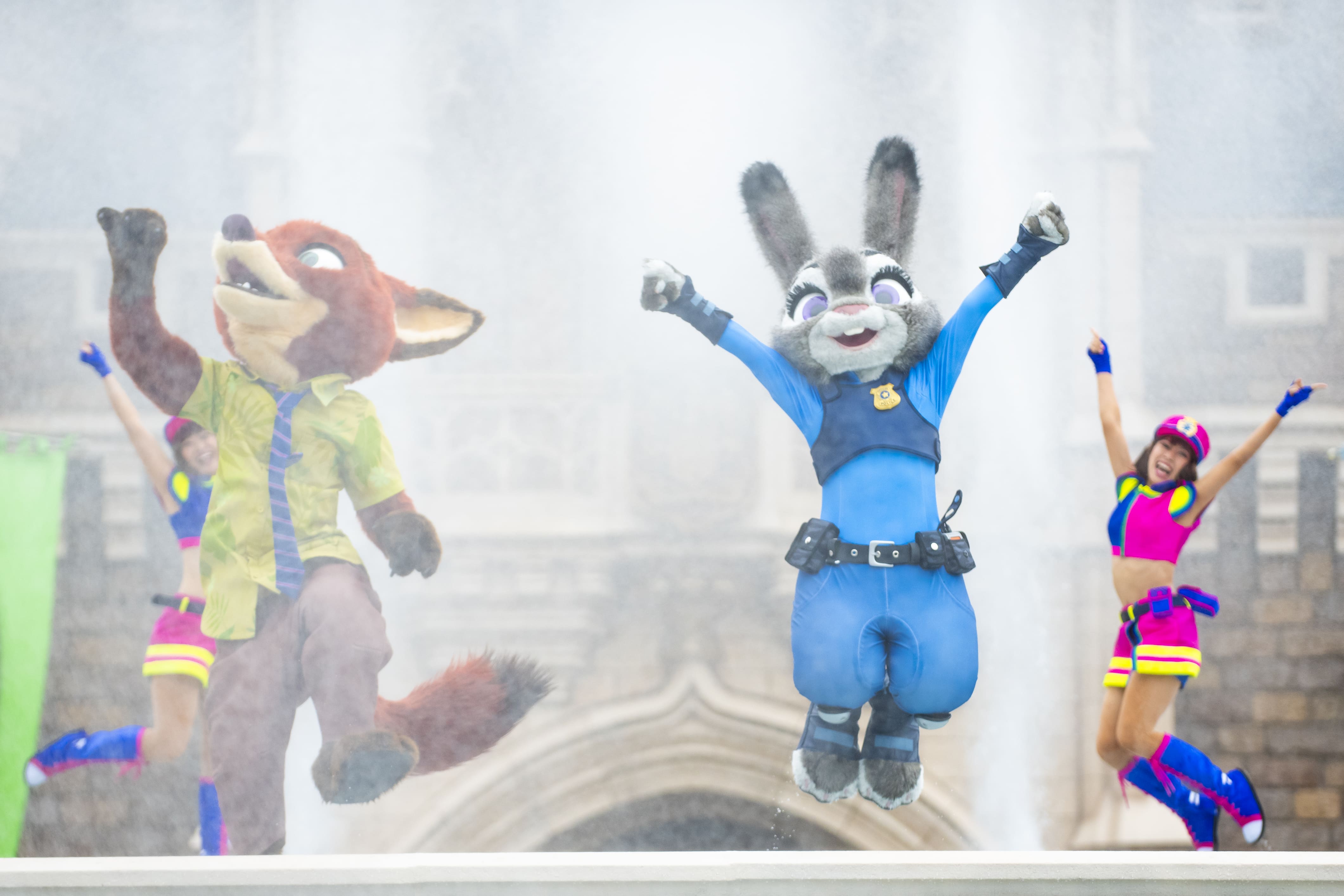 Every year, Disneyland puts on a show where everyone gets soaked. This year’s show features Nick and Judy from Zootopia. With Cinderella’s Castle as the main stage, large quantities of water is sprayed everywhere. I headed over to check out the commotion as soon as possible with Instagrammer Kanako.

This summer, the event Judy and Nick’s Jumpin’ Splash is taking place four times every day. It is possible to apply to experience the fun at the centre stage area close to the castle, however, winners are chosen at random. You can apply for all of the showings except the first one of the day. You can apply by smartphone app or by heading to Tomorrowland Hall. 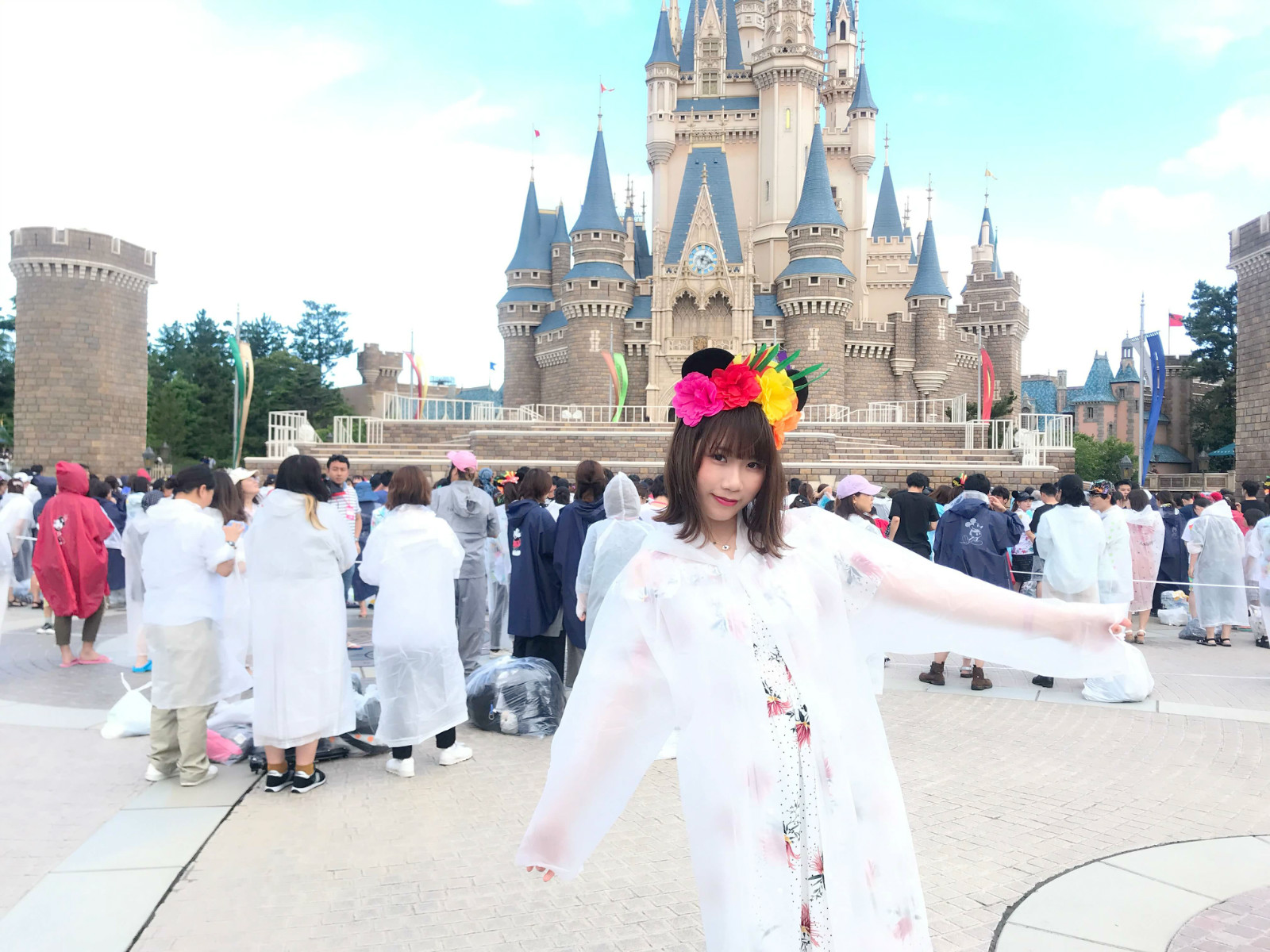 If I still haven’t made myself clear, the central viewing area will be splashed with lots of water, so if you are going to take part, make sure you wear a raincoat. You can buy one from the shops when you get to Disneyland. 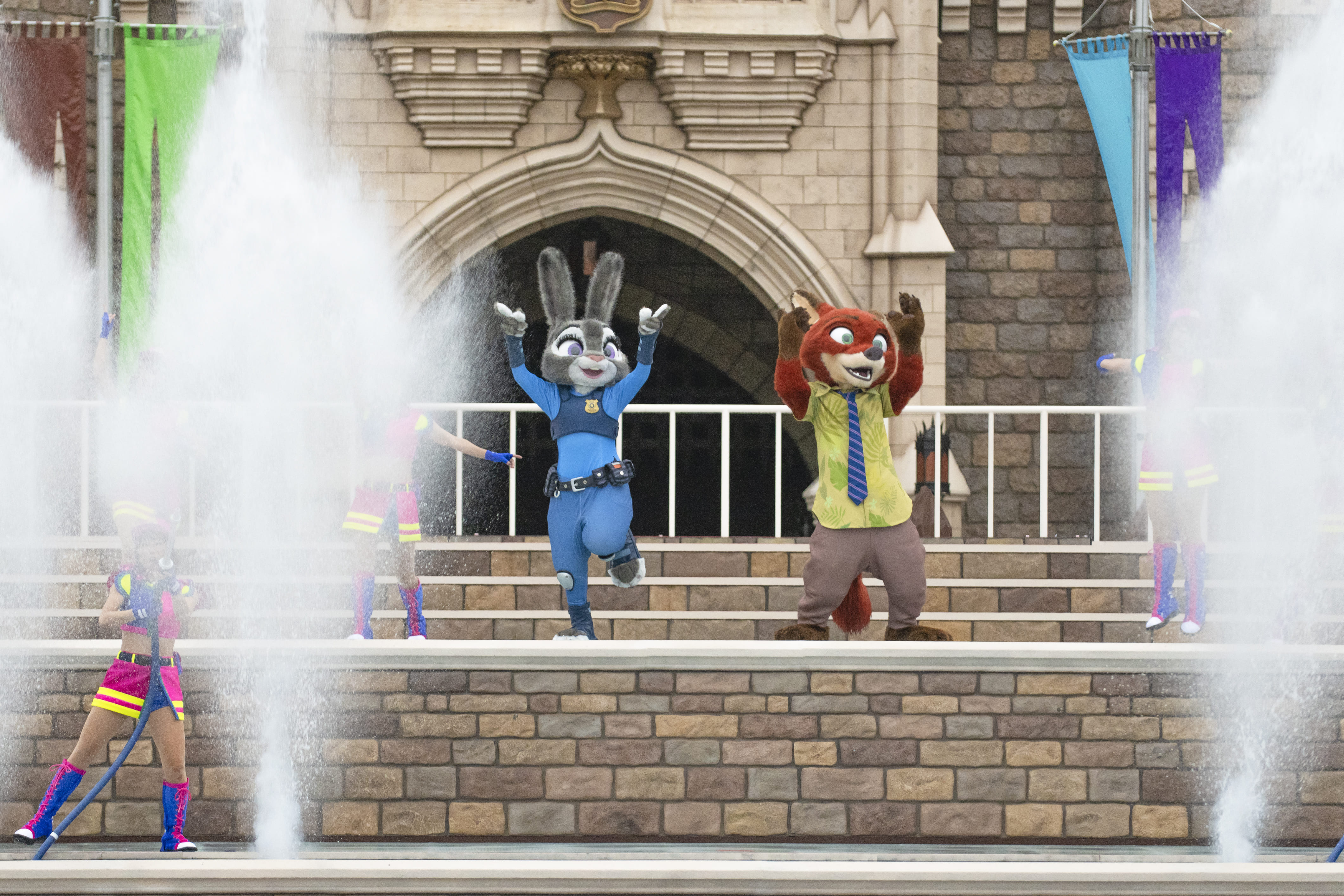 While the movie’s theme song “Try Everything” plays, Judy and Nick take to the stage and dance.

Just when everyone gets into the dancing… 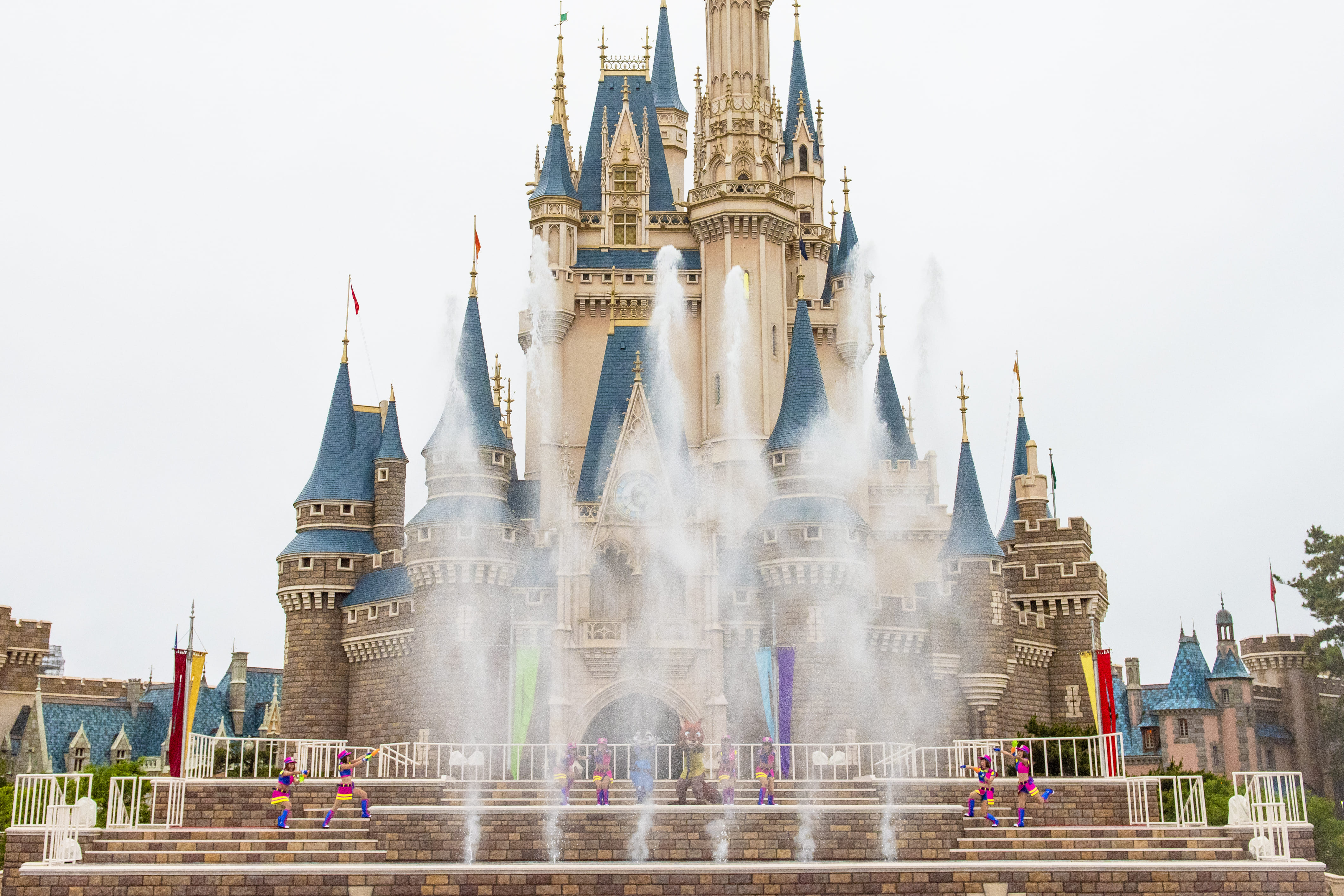 Everyone gets soaked by water that surges out from Cinderella’s Castle! We were carelessly standing right in the middle of the danger zone so we were mercilessly drenched. I recommend you keep clear of the centre of the area and wear your raincoat as tight as you can! 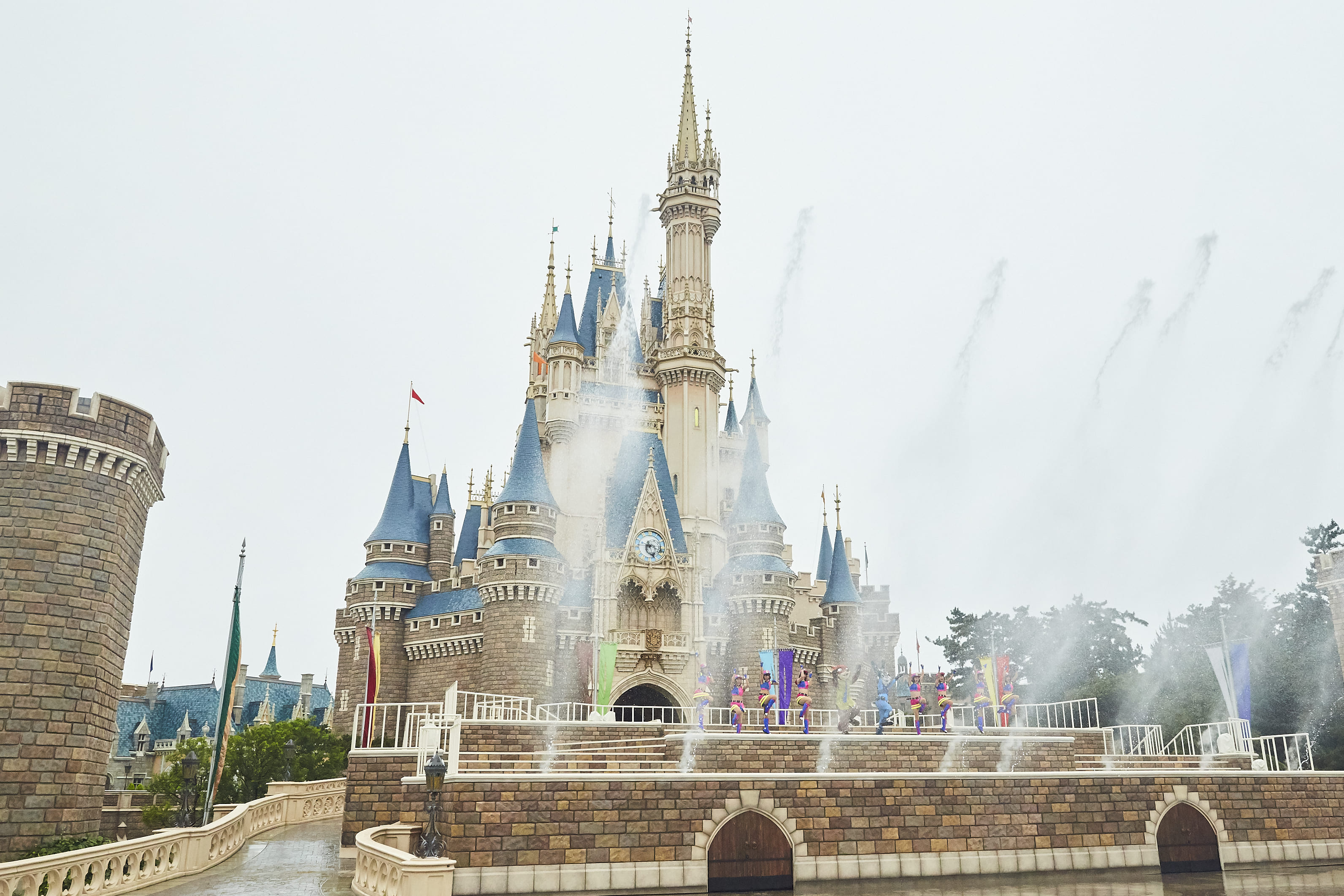 For the latter half of the show, the dancers grabbed hoses and continued to drench us. Everything was happening in the moment. It was all an exciting blur that was over in what felt like seconds. 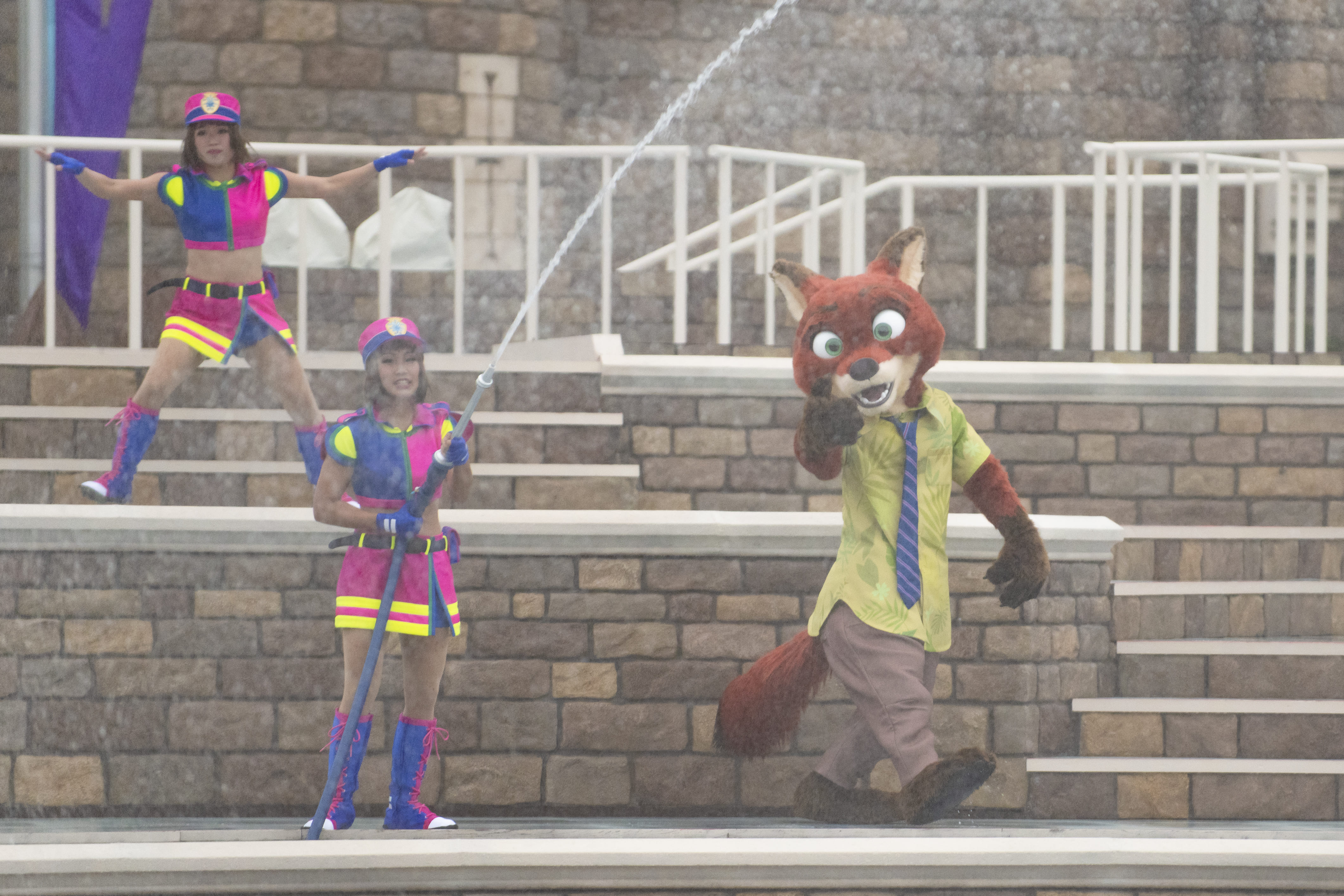 This show showered away the summer heat within seconds. You can enjoy getting soaked in the centre of the action or watch other people getting soaked from a safe distance. There are only three chances to take part each day. This is a limited chance to make extra special memories, so please apply!

It’s not as bad as it seems. If you wear your raincoat properly, your clothes will not get wet, so there is no need to worry about ruining your glamorous look if that is the reason you don’t want to take part.

Plunge straight into the summer fun at Tokyo Disneyland!