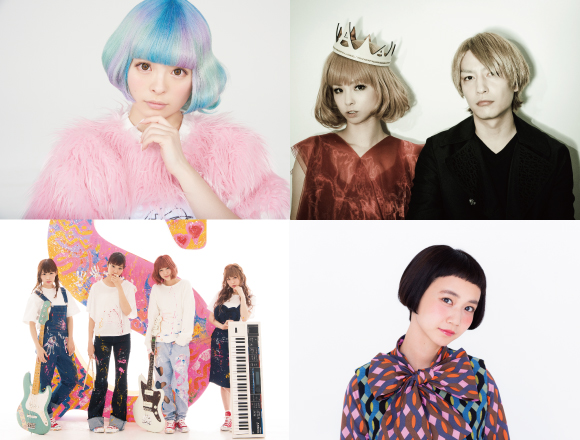 The “MOSHI MOSHI NIPPON FESTIVAL” is part of the MOSHI MOSHI NIPPON Project to spread and deliver Japanese pop culture to the world. The Tokyo-based festival saw 15,000 people attend in 2014, which increased to a staggering 25,000 in 25,000. The festival has also been taken on a world tour around the globe, showcasing Japanese fashion, music, food, anime and much more.

Festivals will be held across a four day period from Thursday November 24th to Sunday November 11th at the Tokyo Metropolitan Gymnasium. The 24th and 25th will be a BtoB focused event. Saturday 26th and Sunday 27th will be the MOSHI MOSHI NIPPON FESTIVAL which will deliver a diverse range of opportunities, including live performances from spearhead music artists of Japanese pop culture and a fashion show featuring Japanese models that feature in magazines. Japan’s top artists will be performing on the 26th and 27th. The Saturday will feature performances from Silent Siren, an all-girls band from Harajuku who have just finished a world tour to 5 countries and 6 cities, and Mito Natsume, who is known for being produced by Nakata Yasutaka and having debuted with her song “Maegami Kirisugita”, as well as her record-breaking track “Maegami Boom”. Sunday will see the Nakata Yasutaka-led band CAPSULE take to the stage. The duo are always able to captivate and make the audience go crazy with their worldwide performances that feature unbelievable sound, visuals and lighting. Performing on Sunday will also be Kyary Pamyu Pamyu, Japan’s pop princess and worldwide icon of Kawaii culture, who is celebrating 5 years since her debut this year and who just recently finished her 3rd world tour in August. If you are a foreigner attending the festival, please sign up at the link below before the start of the event in order to gain free admittance!

Keep up to date on news regarding the event at our website and on our social media: