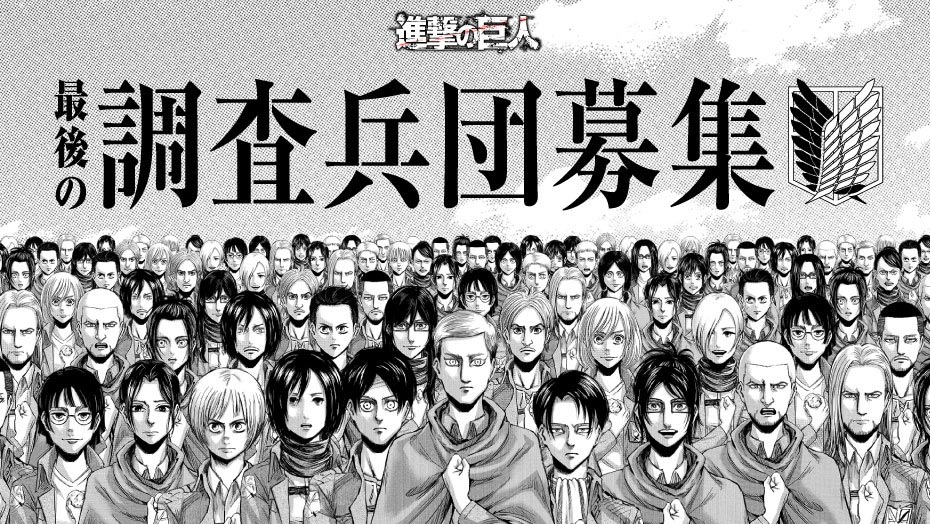 To commemorate the end of Attack on Titan‘s 12-year saga, the editorial team at Weekly Shonen Magazine launched the ‘Final Survey Corps Application’ project on June 9 which imagines the staff and fans as part of the Survey Corps to express their love for the series. The staff at Animate and TSUTAYA stores in Japan are currently donning Survey Corps uniforms. A special online exhibition will also be held by the magazine to give thanks to fans who have supported Attack on Titan for 12 years.

Fans can use the all-new Survey Corps Maker service where they can upload their own photo or an illustration of themselves or an original character and writes words dedicated to the series. They are encourage to share this with other Survey Corps members around the world.

Survey Corps Maker: How to Use

1. Select a base image
2. Write your thoughts and comments about Attack on Titan
3. Share with the world 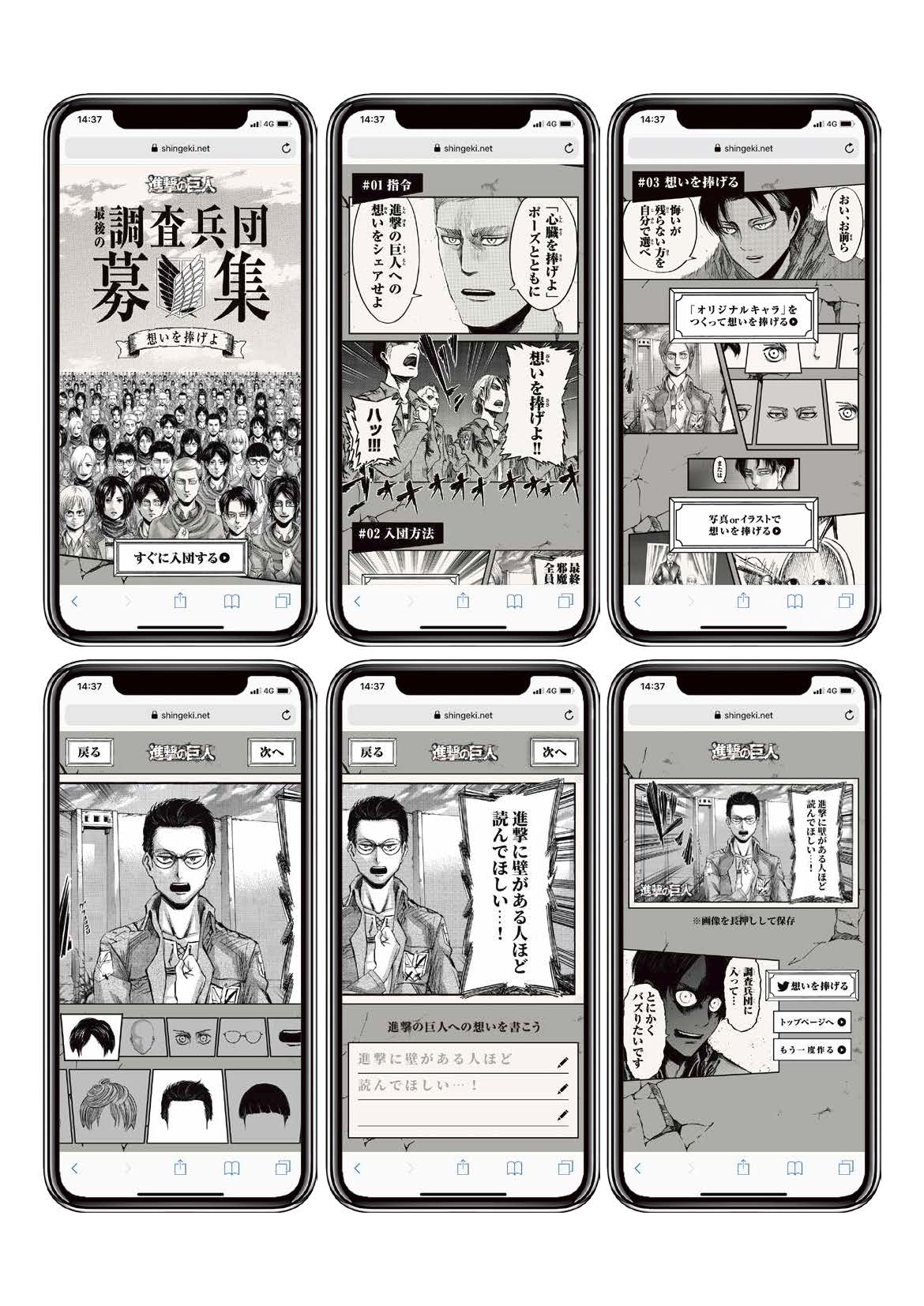 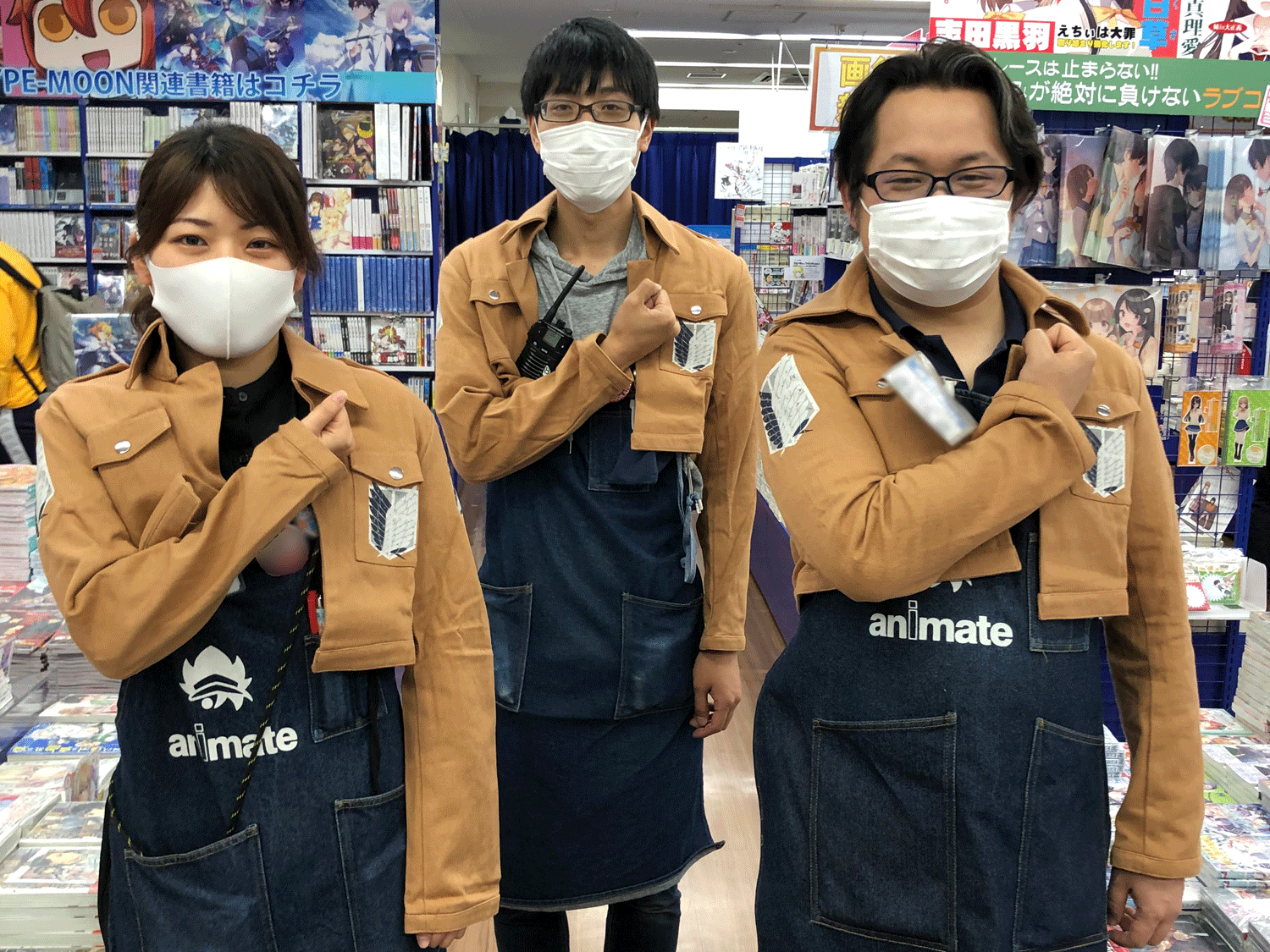 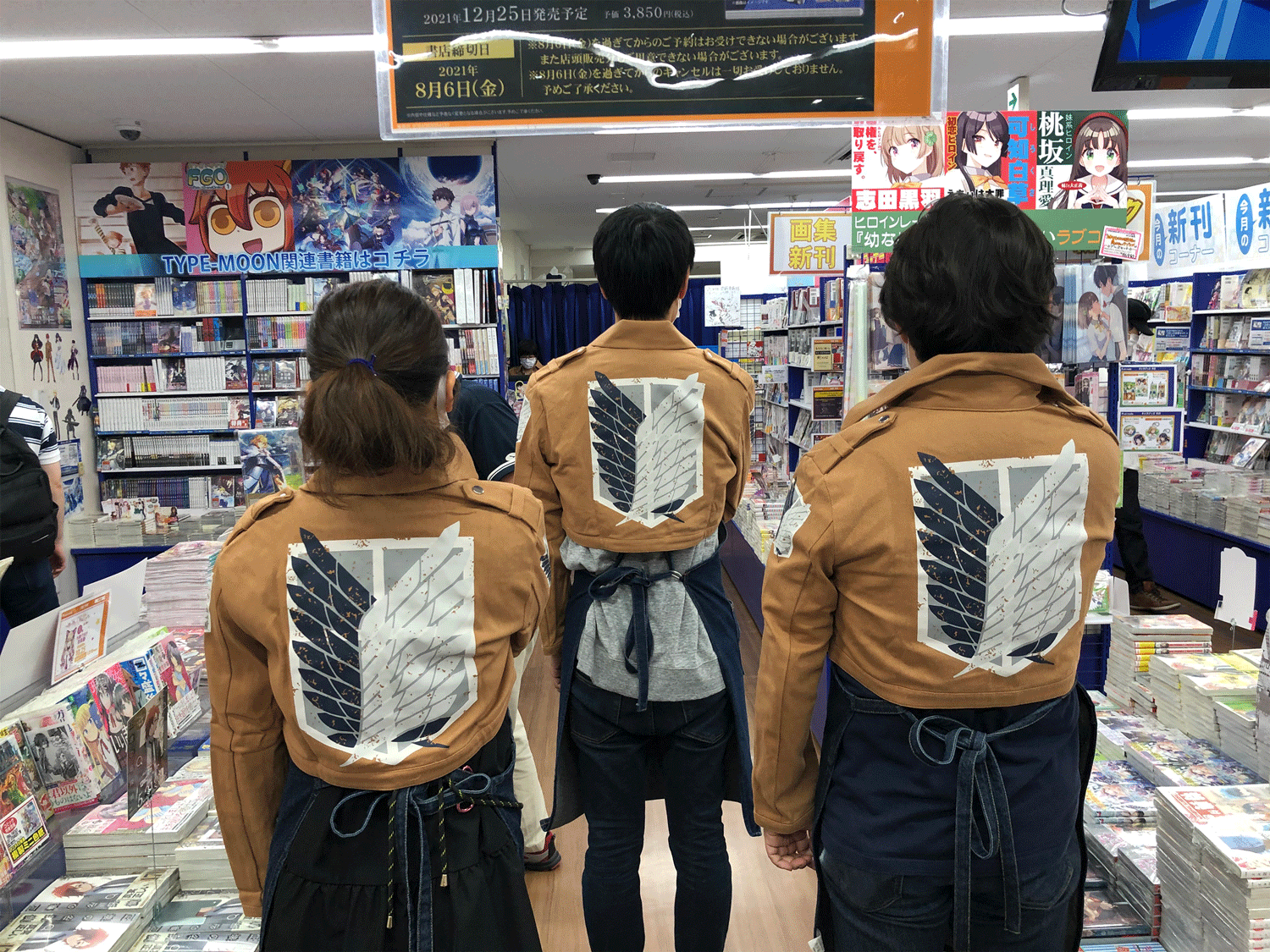 The staff at Animate Ikebukuro 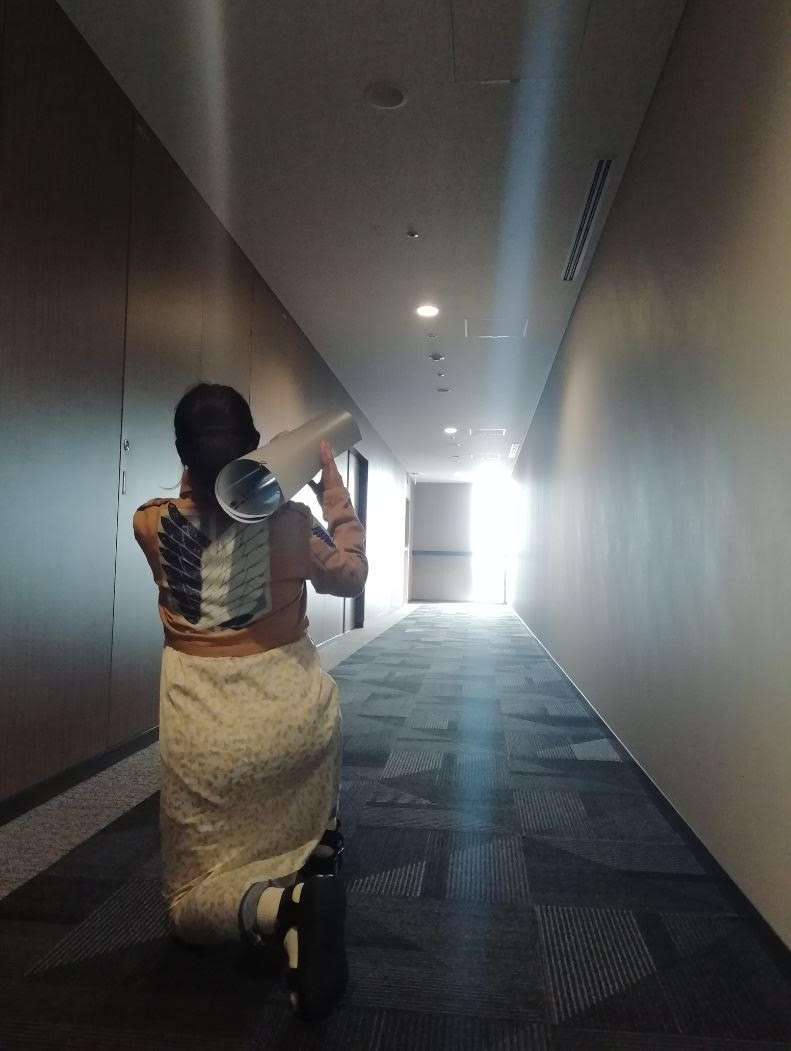 The staff at TSUTAYA 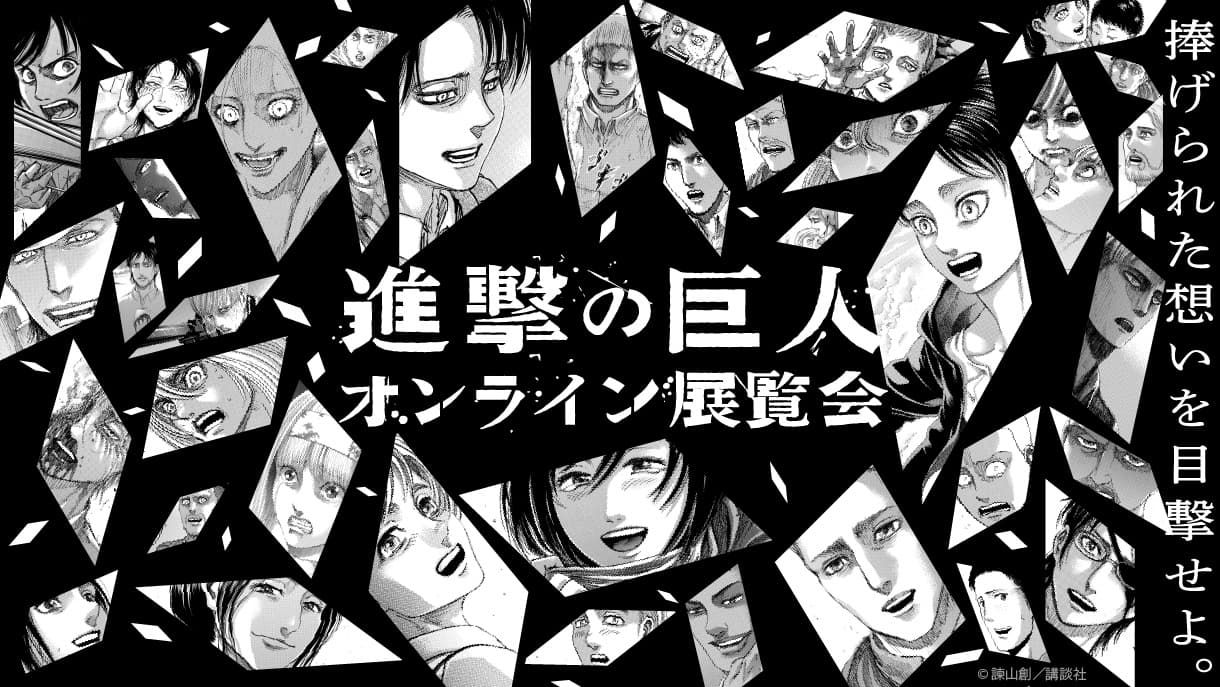 The online exhibition is a virtual event that was conceived after the COVID-19 pandemic forced the for in-person event in Japan to be cancelled. But this shift is good news to fans outside Japan as it means everyone around the world can join – and it’s free.

The event requires a quick sign-up, after which fans can enjoy looking through displays of official artwork. There’s also a merch shop with exclusive items to get your hands on. Please note that the exhibition features spoilers up to the final chapter.