Why not get a drink to go!♪ Summer-limited “Frozen Soda” will be released from “PEANUTS Café”in Nakameguro. 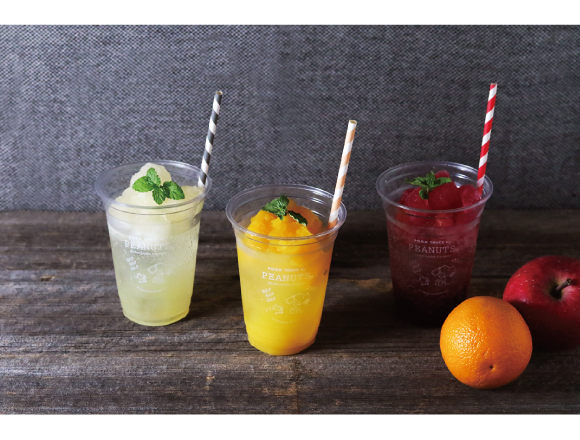 This summer a new drink called “Frozen Soda” will be released for a limited time offer, from the 1st of July (Sat.) at PEANUTS Café” located in Nakameguro, Tokyo. This cafe was created based on the motif of the popular comic strip “PEANUTS.” The lineup includes “Cranberry” which has a mature sweet and sour flavor, “Orange Mango”which has a mellow mango flavor and a fresh orange flavor – a perfect match and “Apple Muscat” which has an elegant sweetness. You will for sure have a delightful time strolling around Nakameguro with one of these take-away drinks in hand.

Related article：“McDonald’s “ＭcSHAKE” and “Calpis” have collaborated to make a new flavored shake!

Related article：Let us introduce to you, the cute and yummy “Chilly Sweets” to overcome the hot summer! (Part 5)