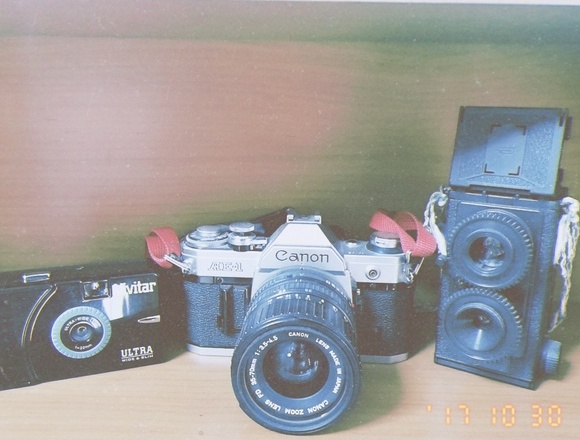 The camera app, SNOW is known for its cute and fun processing features. For fashion conscience girls, the creating of instant camera-like photos using SNOW is gaining popularity. Here, we will explain what kind of processes are possible with SNOW. First, start up SNOW and choose your selfie filter. Choose one of the camera icons from the icons enclosed in the red box. Next, choose the filter of your choice. For this example, we have chosen the Andriod version of SNOW．Try using the 3 filters enclosed in the blue box, starting from the one on the left. For an iPhone use the camera filter. Here is the first filter. It creates a faint-looking photo. The photo has a transient-feel to it. The last filter creates a photo where the center of the photo is clear and focused but the surroundings are a bit blurred. This makes for a retro-looking photo. Orange colors are highlighted so it is just right for taking café food items. For all filters the date appears automatically in the right corner of the photo so when you use a smartphone it is recommended that you take a photo with your smartphone on its side.

Another filter that is highly recommended is this one. When you take a photo using this filter it looks similar to the frame of a film camera. It makes for a very unique photo, one you will want to upload on your SNS.

Better than having to carry a bulky film camera, why not just use SNOW to get a similar quality photo. If you get bored with the same style photos, why not try using SNOW and create film camera style photos.