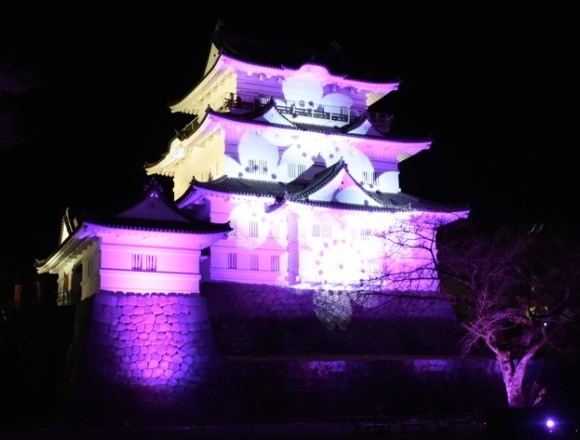 This illumination event takes various flowers symbolic of Odawara Castle during wintertime such as cherry blossoms, wisteria, Japanese iris and hydrangea, and turns them into a fantastic show of lights and music. The beautiful illuminations that will light up the architecture will not be static – they will be big and diffuse and paint gorgeous illuminative pictures. What will be more impressive though is what’s called the “Odoru Hikari to Tobu Sound” which promises to be unlike anything ever seen at a regular illumination show.

There are three songs in the program to enjoy which combine lights and music. 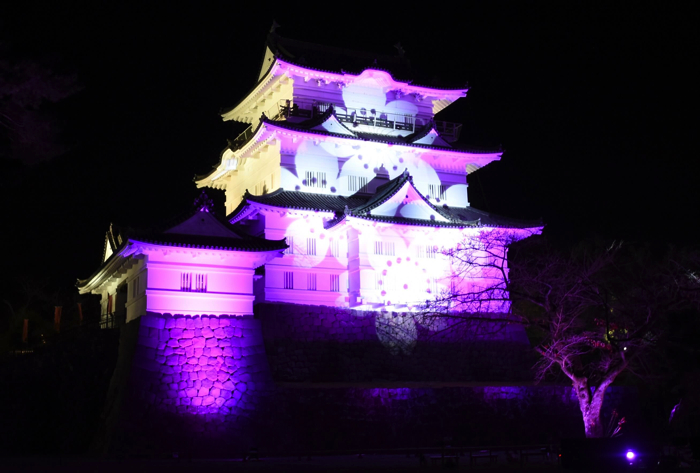 Once winter passes and spring opens the cherry blossoms at Odawara Castle blossom in full glory. “Fuyu no Sakura” captures the sublime nature and vitality of those very same cherry blossoms. 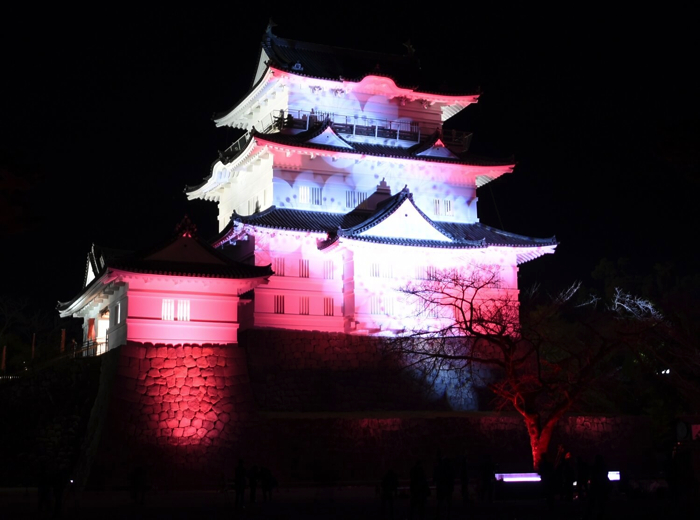 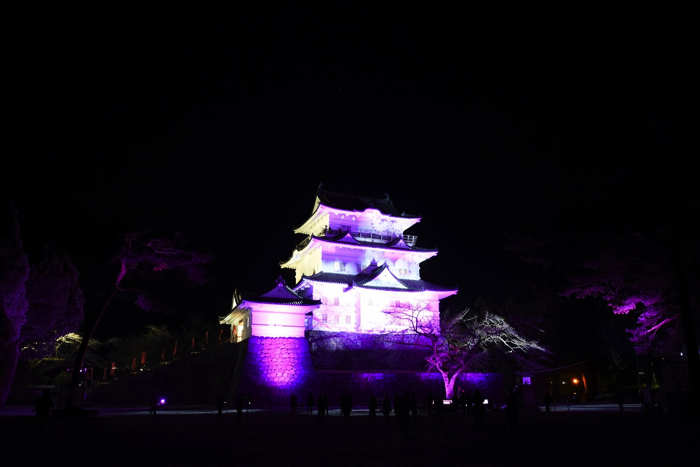 Odawara Castle’s winter cherry blossom illumination event will also feature an interactive performance. Two people will join hands and touch a sensor at the same time to activate a mini performance of lights and sound around them. There are 5 different performances each around 15 seconds long. You won’t know which performance is coming next!

Take part in a never-before-seen illumination extravaganza at Odawara Castle!

*The tower will be closed on December 13th and December 31st but the illuminations will still be running.

*Viewing the illuminations at the inner grounds is free of charge