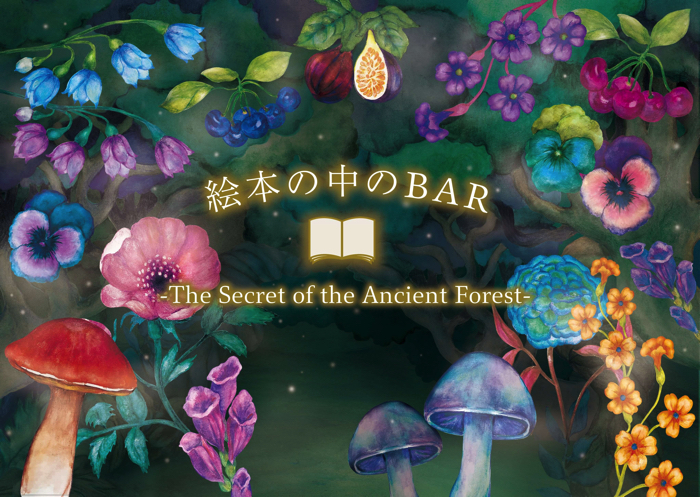 NAKED Inc. and Namco Limited have teamed up to open a non-alcoholic bar that takes on the appearance of a picture book. Ehon no Naka no BAR opened on February 28th and will stay open for a limited period of time. 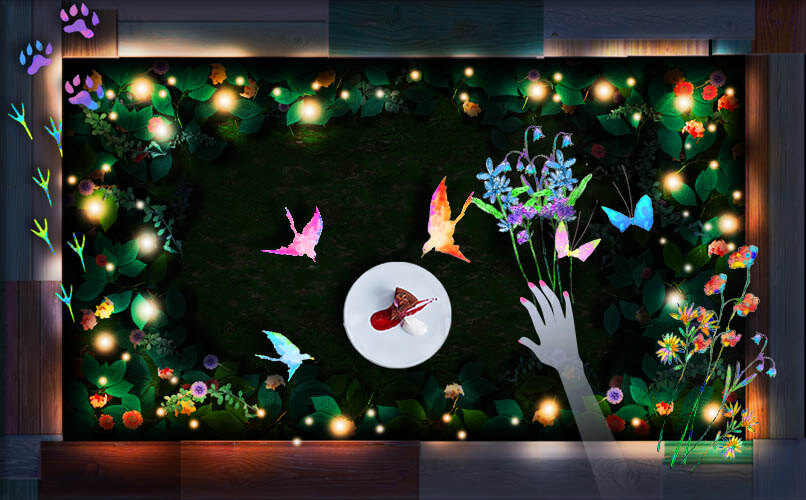 The bar is conceived around the concept of your movements initiating events that move you to the core. Aimed at working women in their 20s and 30s, they serve food, drink and healing.

Themed on a mysterious forest locked inside of a picture book, NAKED bring the world of the book to life with projection mapping and sensing technology. The interactive images projected change with people’s movements.“

Place your hands on the table to bloom flowers or hold them out to create ripples in a lake. When you put your plate on the table, birds will approach you. And there’s plenty more where that came form. Enjoy a ‘mocktail’ (non-alcoholic cocktail) and you’re plunged into an immersive digital world.

Immersive yourself in an extraordinary environment that’ll really have you thinking you’re inside of a picture book.