Mickey & Minnie, Pooh & Piglet are turned into snowmen as Japanese sweets “Tabemasu”, and are now on sale 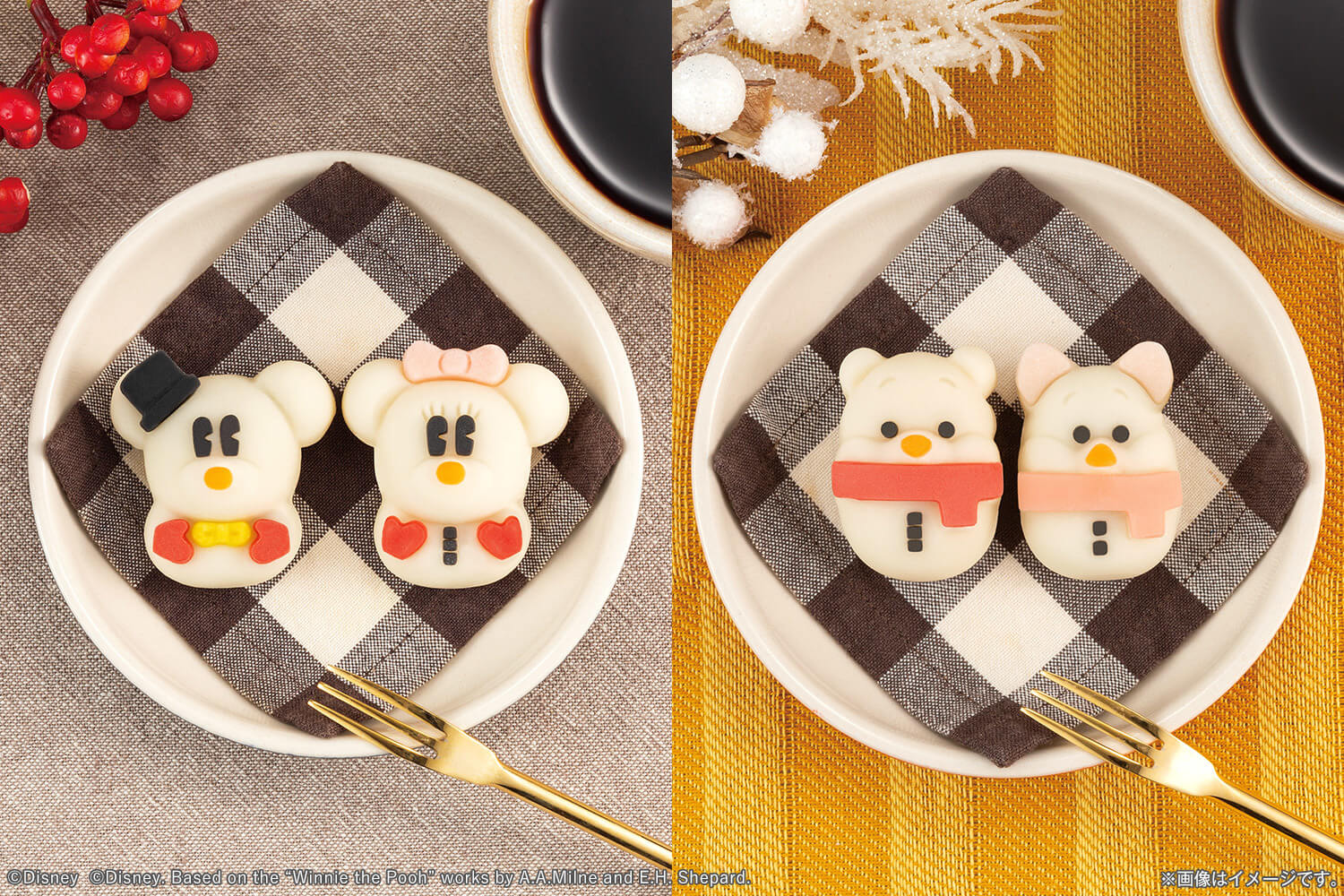 “Tabemasu Disney Winter Holiday version” featuring Mickey, Minnie, Pooh and Piglet as snowmen, are now available from “Tabemasu”, the series of Japanese confectionary in the shape of famous characters, from December 30 (Sun).

Winter white snowmen of Mickey Mouse and his friends are an original design, and are adorable enough to take home. Featuring Charcoal-like Black buttons, a Carrot-like orange nose, and unique winter items for each character. 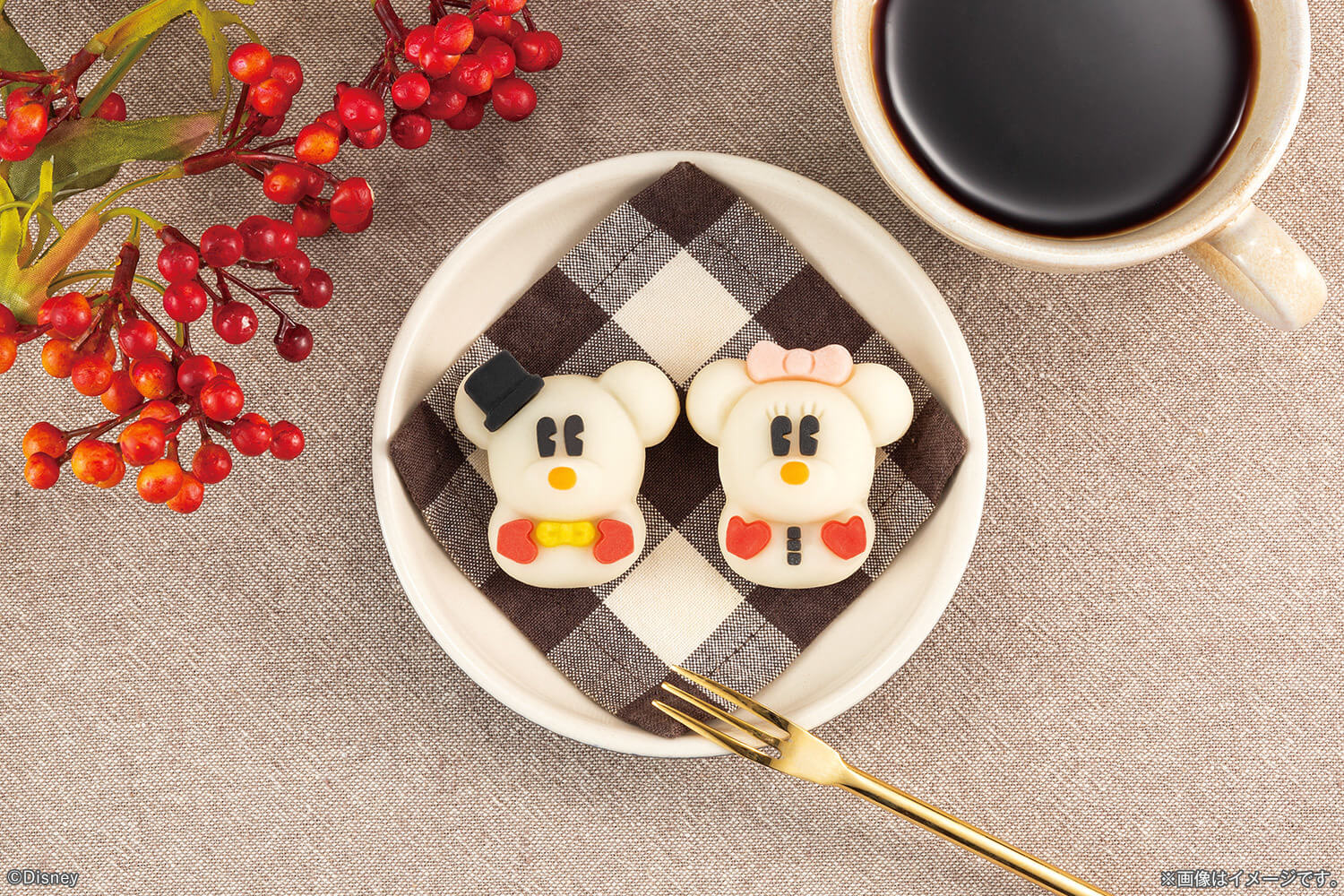 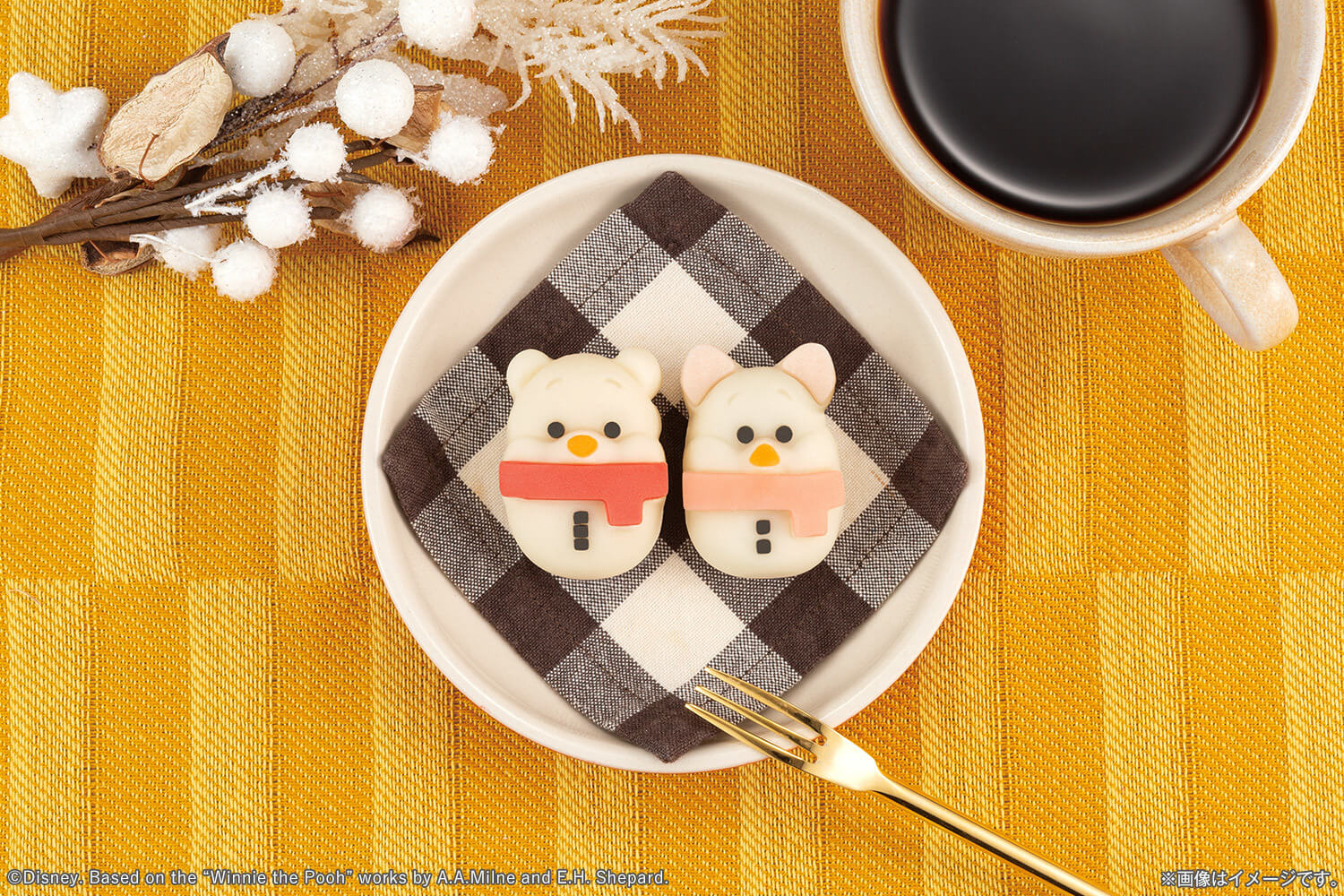 Winnie the Pooh and Piglet bury their faces in their matching red and pink scarfs, with their lovely round eyes and chubby cheeks that are too cute.

The flavor inside is chocolate for Mickey Mouse, milk for Minnie Mouse, custard for Winnie the Pooh, and strawberry for piglet. Kids will love these flavours too. The sophisticated taste and moist texture of Japanese confectionary is amazingly good.

For daily sweets, and very good for take photos of and post to SNS, you should get these adorable Japanese sweets,  only available during this winter.

Homepage of the product : http://www.bandai.co.jp/candy/tabemas/d-wh/

※”Tabemasu” is a registered trademark of Bandai.

(C) Disney
(C) Disney. Based on the “Winnie the Pooh” works by A.A.Milne and E.H.Shepard.