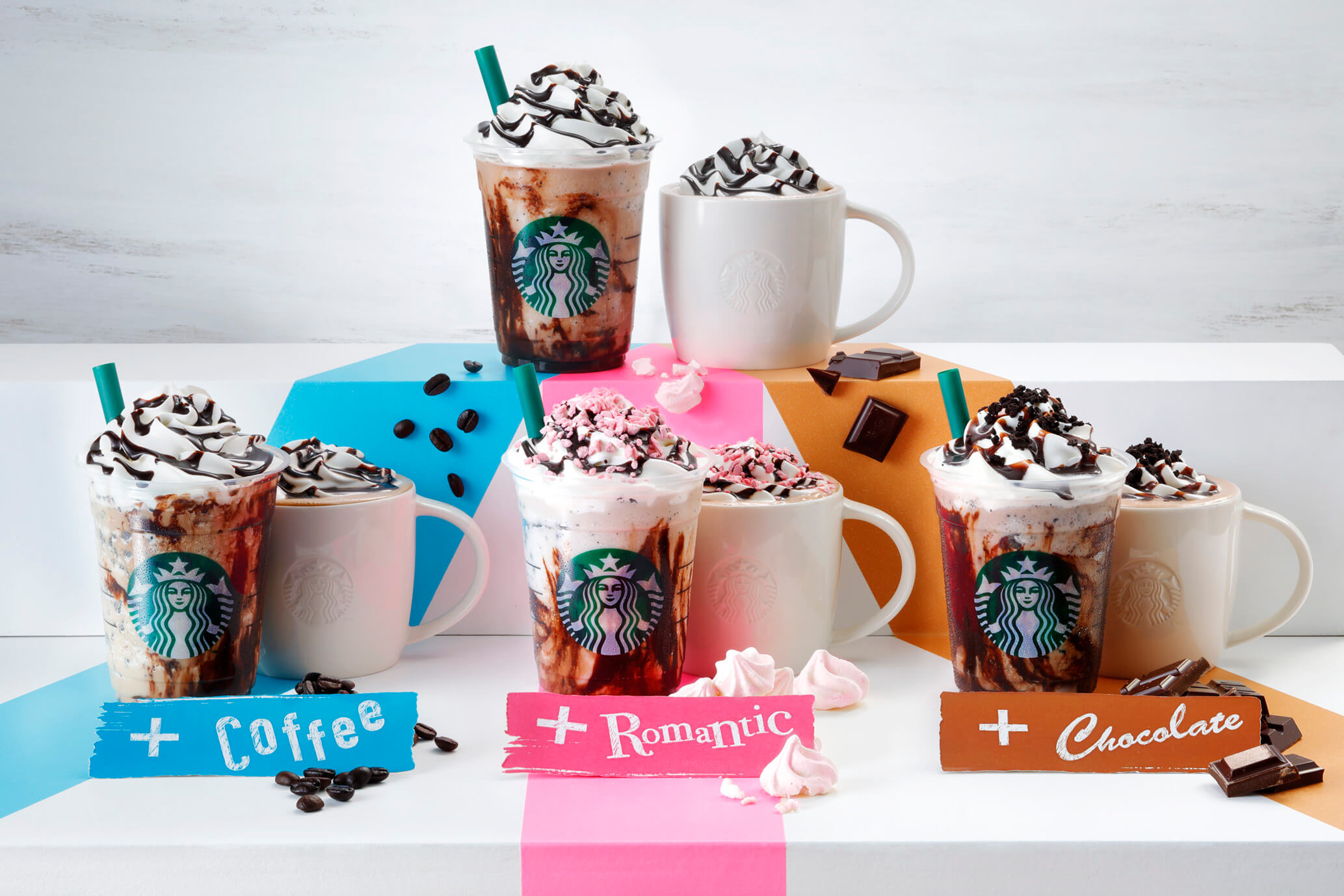 Chocolate lovers won’t be able to resist either of these beverages which both contain a blend of rich dark chocolate sauce and full bodied caramel sauce. With the Frappuccino® you can add powdered Cafe Verona® coffee beans which taste perfect with the chocolate.

Both drinks come with three different customizable options. Romantic tops your drink with vibrant pink strawberry meringue. Chocolate gets it sprinkled with crunchy chocolate biscuit which can also be changed to chocolate chips with the Frappuccino®. Coffee adds an espresso shot to the hot drink while the Frappuccino® has coffee added to it.

Enjoy a customizable drink with your date this Valentine’s season.

Available: At most Starbucks branches in Japan