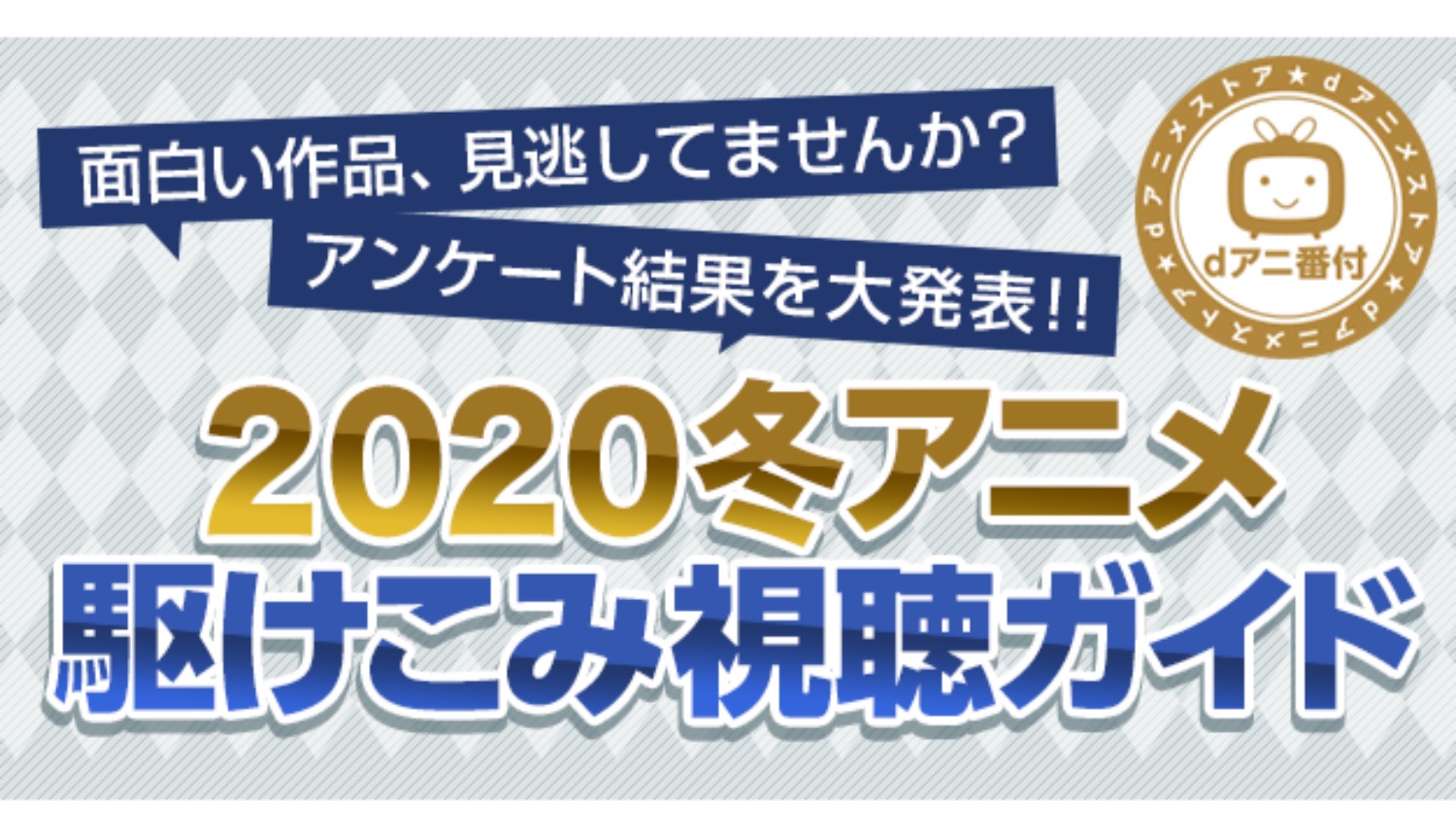 NTT Docomo’s anime streaming service dAnime Store conducted its latest online survey between February 21-28 this year to ask its users what their favourite anime is for numerous categories, such as the most “moe” series, for winter 2020. Over 71 million users got involved, and here’s what they voted for.

1st Place: BOFURI: I Don’t Want to Get Hurt, so I’ll Max Out My Defense.

Recommendation Comment: Out of all of the battle-themed anime series set in alternate-worlds and games that I have seen, I believe this one has a new and original character. That of course goes for her defensive power, but she’s also the strongest main character for somehow or other finding ‘good luck’ wherever she goes […] Her comrades find her fun and great, and support her with all they have, and they’re always lively too, so the series has given me a lot of smiles.

Most Fired-Up Anime of Winter 2020

1st Place: Haikyu!! TO THE TOP

Recommendation Comment: “It’s really cool to see high school students playing volleyball so earnestly, doing all they can to make sure the ball in front of them doesn’t fall. It’s an anime that gets to you and make you tear up. The lyrics of the opening and ending themes are great too, they really hit home. It’s like when I was doing club activities as a high school student; it’s such a great anime, it always makes me cry.”

Most Moving Anime of Winter 2020

Recommendation Comment: “The cheeky and ever curious Somali, and Golem, who doesn’t show his emotions. I felt warmth from them coming to understand each other on their trip with their unlikely parent and child relationship. The people they meet during their journey support them too. Somali is surrounded by kindness, so I thin she’ll grow into a good adult. I was deeply moved at the scene where Golem lies about his life span to Somali out of good will.”

Most Comedic Anime of Winter 2020

Recommendation Comment: “It’s undeniable that this was the funniest anime this season for people. It proved that going off the scale of the outrageous makes for the ultimate comedy. Saying that, it wasn’t only just outrageous, and wasn’t only hilarious, and that’s what I would recommend about this show. I would also highlight how Stunk and company show the differences between each race in his reviews [and] the interactions between him and the characters […].”

2nd Place: BOFURI: I Don’t Want to Get Hurt, so I’ll Max Out My Defense.
3rd Place: Isekai Quartet 2
4th Place: Haikyu!! TO THE TOP