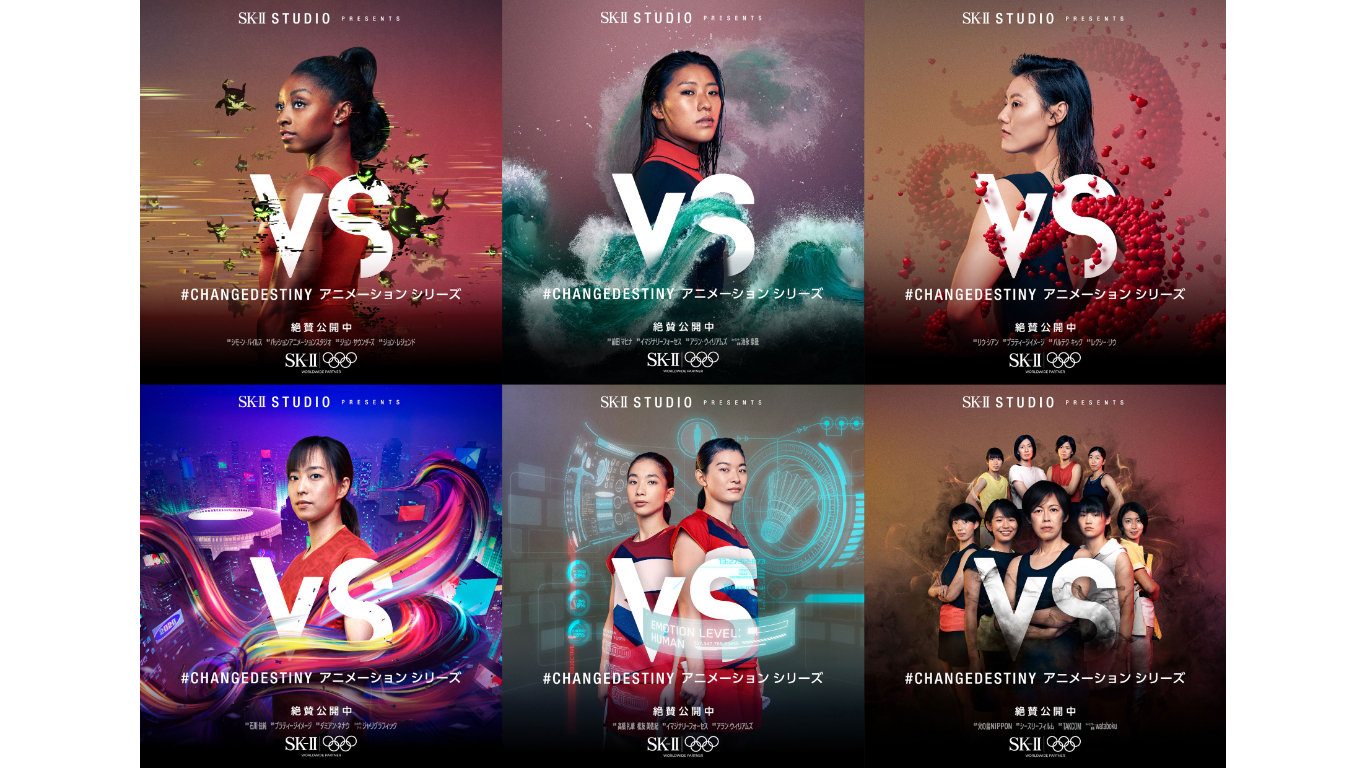 SK-II STUDIO, a film studio owned by the global skincare brand SK-II, has released a new animated anthology series entitled VS in collaboration with the world’s top athletes. It features six stories with athletes taking on pressures that threaten to dictate their destiny in order to #CHANGEDESTINY. 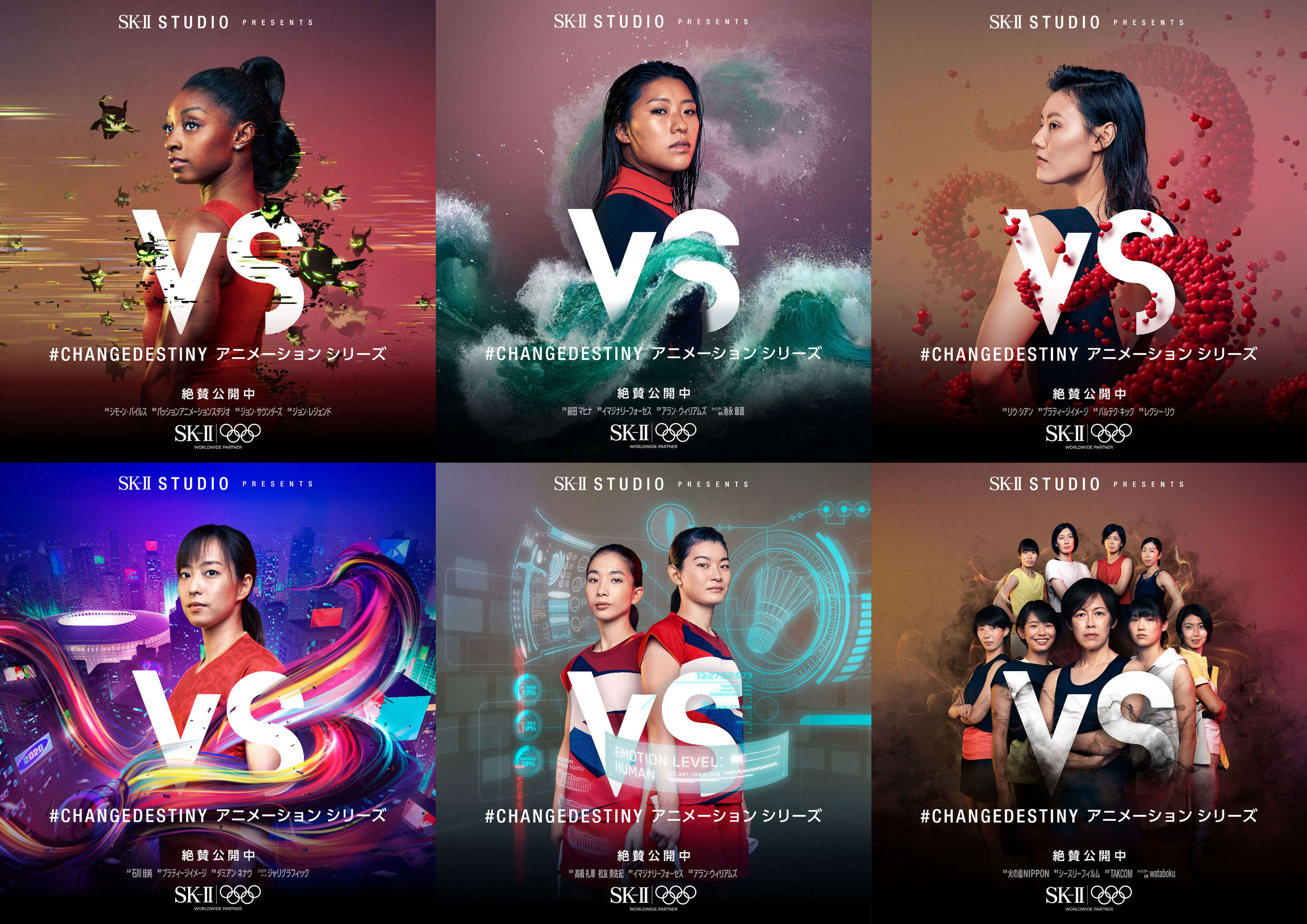 SK-II STUDIO’s VS series is a collection of six animated films based on the life experiences of six Olympic athletes: Simone Biles, the gymnast who has won the most medals worldwide; LiuXiang, a world-record swimmer; Ishikawa Kasumi, table tennis player and two-time Olympic medalist; Ayaka Takahashi and Misaki Matsutomo, badminton duo and Olympic gold medalists; Mahina Maeda, surfer; and Hinotori Nippon, the Japan women’s national volleyball team. Each athlete explores what it means to take destiny in their own hands, overcoming societal expectations that dictate how perfect we should look and act.

Each short film explores a different societal pressure experience by women: online trolls, pressure from those around us, looks, rules on what’s considered beautiful, limitations imposed by others, and seeking perfection like machines. Each is represented as a ‘kaiju,’ a form of giant monster seen in Japanese movies.

The VR series combines animation with live-action woven together through multiple genres like sci-fi, action, sports, and more. It invites award-winning studios on board including Imaginary Forces, Passion Pictures, Platige Image, and C3, as well as original music by guest artists John Legend, Lexie Liu, and others.

The animated series released worldwide on May 1, 2021 on SK-II’s official  YouTube channel. A virtual premiere was also held on the brand’s Twitter page, and an in-person premiere took place in Hainan, China with a pop-up store at Haitang Bay Duty Free Shopping Centre in Sanya in partnership with China Duty Free Group. It also saw the opening of SK-II City, a virtual city built by SK-II where visitors can watch all six films in a the virtual SK-II Cinema. It’s also home to the SK-II Mall where users can buy products, and they can also enjoy a backstage tour of SK-II STUDIO.

SK-II STUDIO was established in March this year in an effort to further promote SK-II’s #CHANGEDESTINY campaign to support female empowerment over social pressures. The VR series comes as part of this with a string of positive messages.