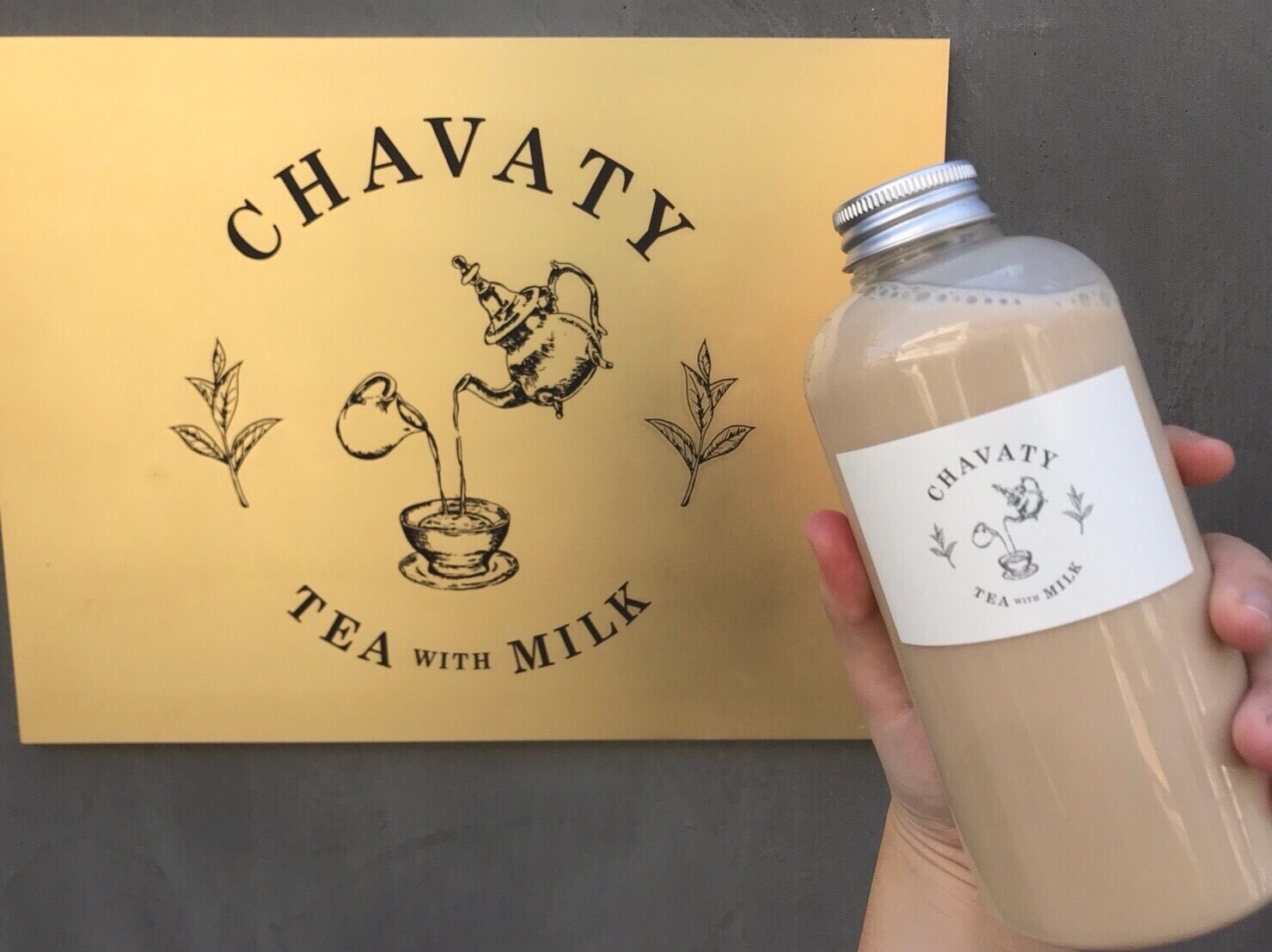 It’s gotten cold lately. It feels like autumn is here. It’s the season where numerous shops in Japan start selling houjicha sweets. With that in mind, I visited CHAVATY, an uva tea shop in Omotesando!

CHAVATY is located at the back of Tonkatsu Maisen, a famous restaurant in Omotesando. Maisen is along a road with a lot of signboards so follow it along towards 7-Eleven and you’ll find it. It’s in a part of Omotesando with a calm atmosphere. 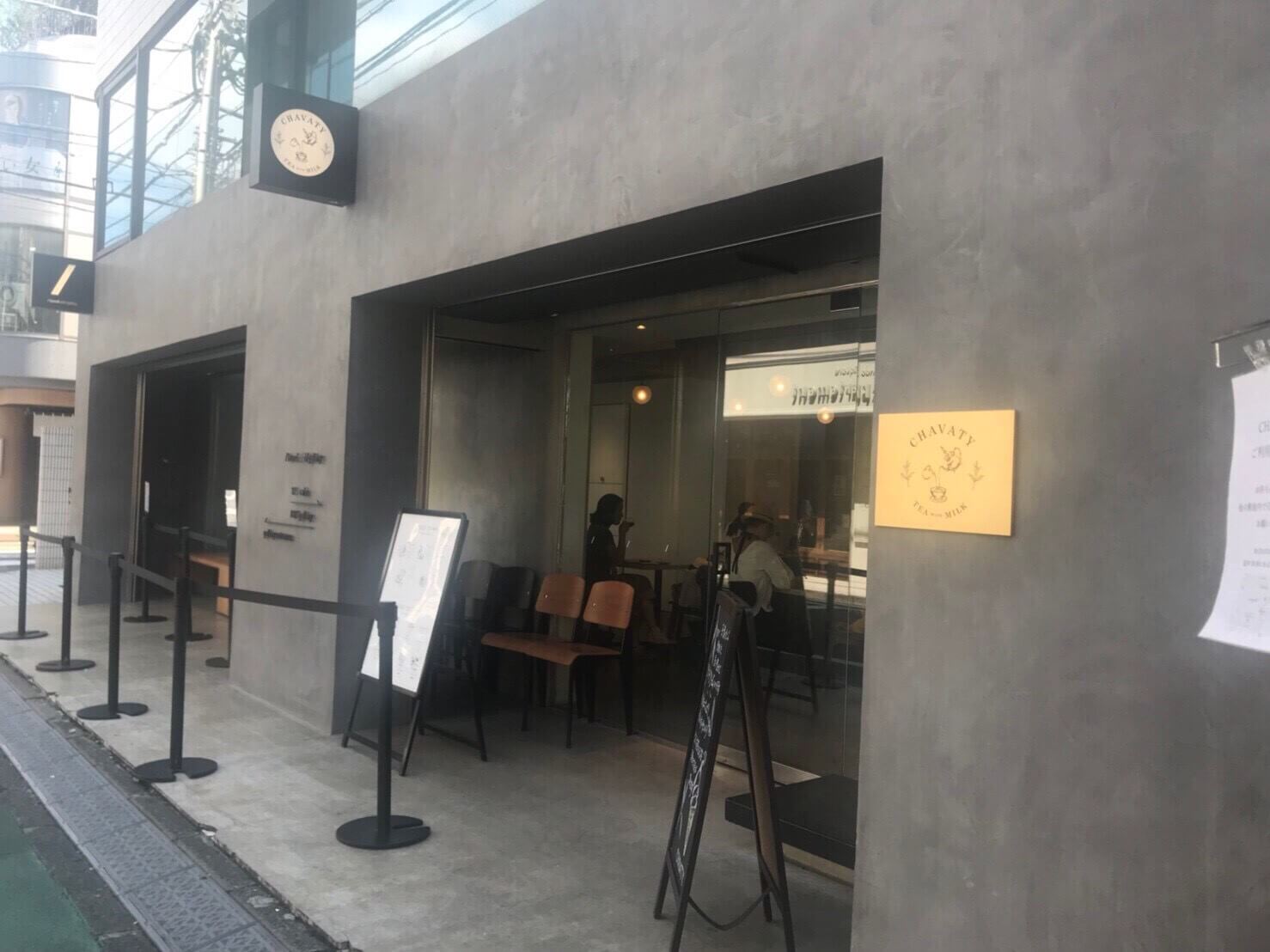 First up, the ice cream! 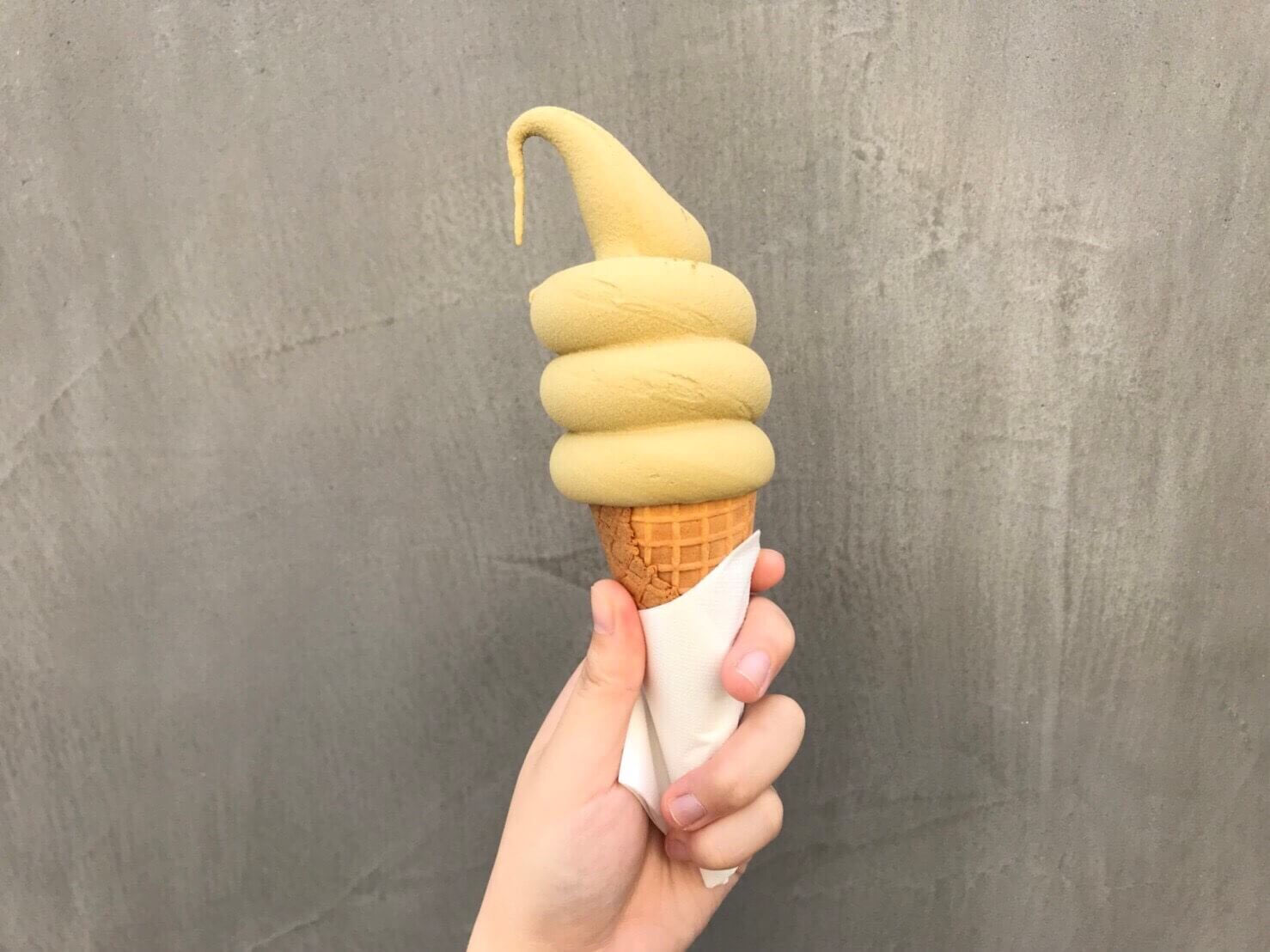 You can pick from three flavours: uvacha, matcha or houjicha. I went with houjicha.

It’s pretty big. It has a lot of volume too as the ice cream seeps all the way down to the bottom of the cone!

It has a really rich flavour, it’s like eating houjicha. It’s ice cream but isn’t sweet at all so I recommend this for the non-sweet tooths out there.

This is the bottle tea latte! Again you can pick from the same three flavours as before. I chose uvacha.

Isn’t the bottle so cute?

Drinks like this are usually served in cups with or without lids which can be a nuisance when shopping. But with this you get a cap so you can seal it completely and carry on shopping. It might even be an idea to take it home, wash it and fill it again with whatever drink you like.

The taste of course is light and it smells good too. It kind of makes you feel like a grown-up. 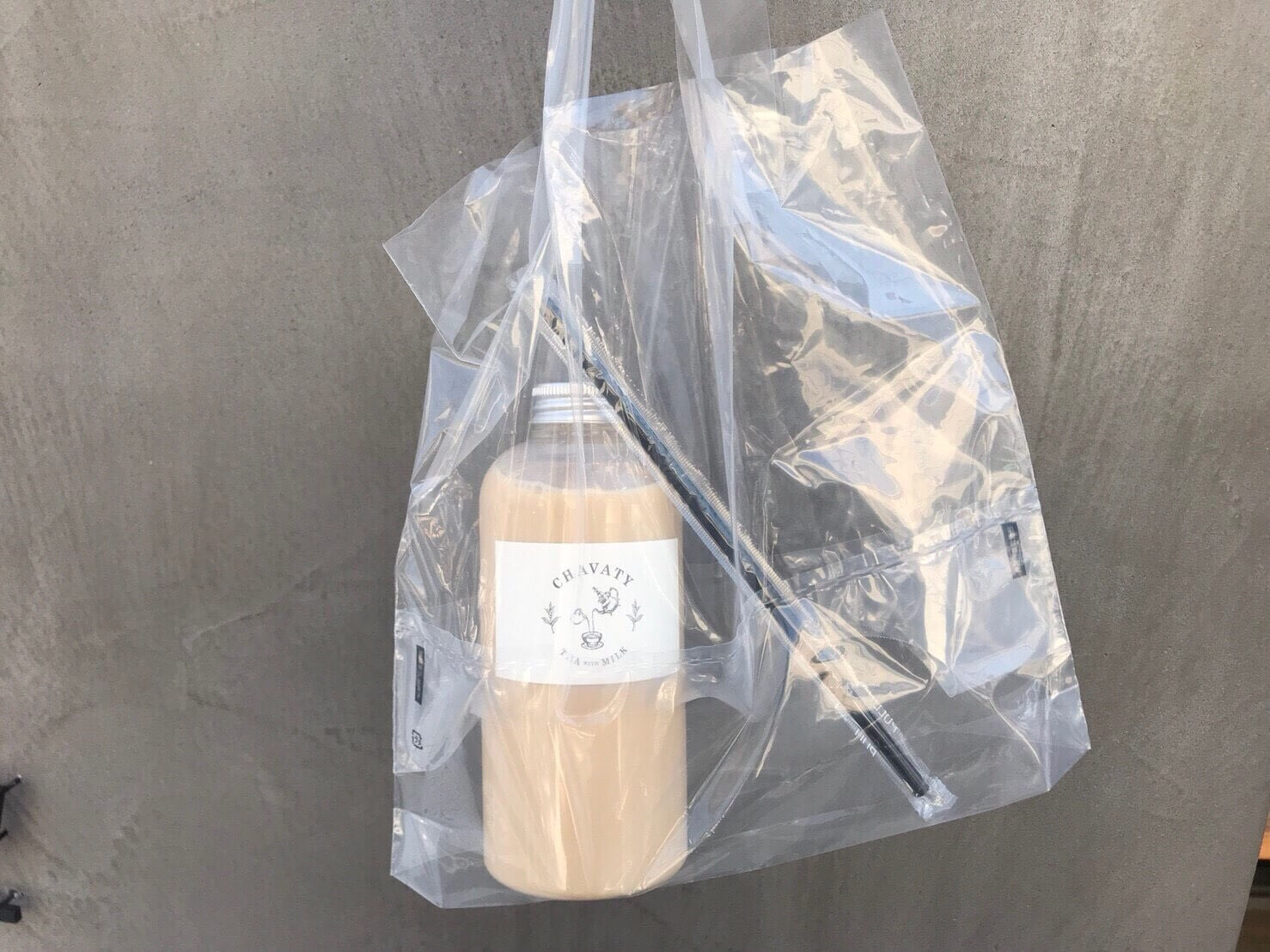 You can ask for a vinyl bag which looks cute too. The colour scheme is sophisticated Instagram-worthy.

Enjoy some authentic houjicha treats for yourself too at CHAVATY.