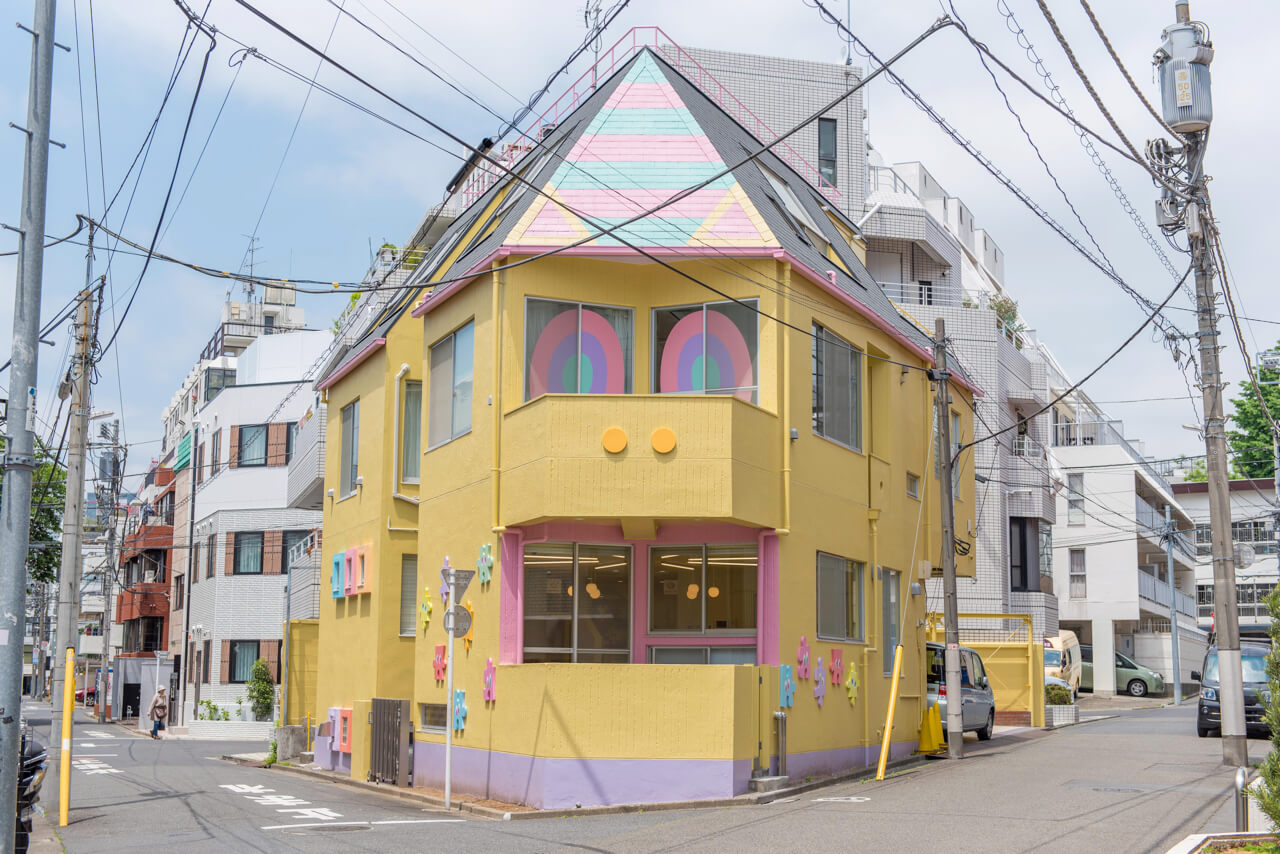 Wedged in a quiet residential area of Sendagaya, which is close to Ura-Harajuku, is a kawaii, pastel-coloured building that opened just this month. This eye catching place is a new nursery called “Mirai no Piece Hoikusho” (Future Piece Nursery). 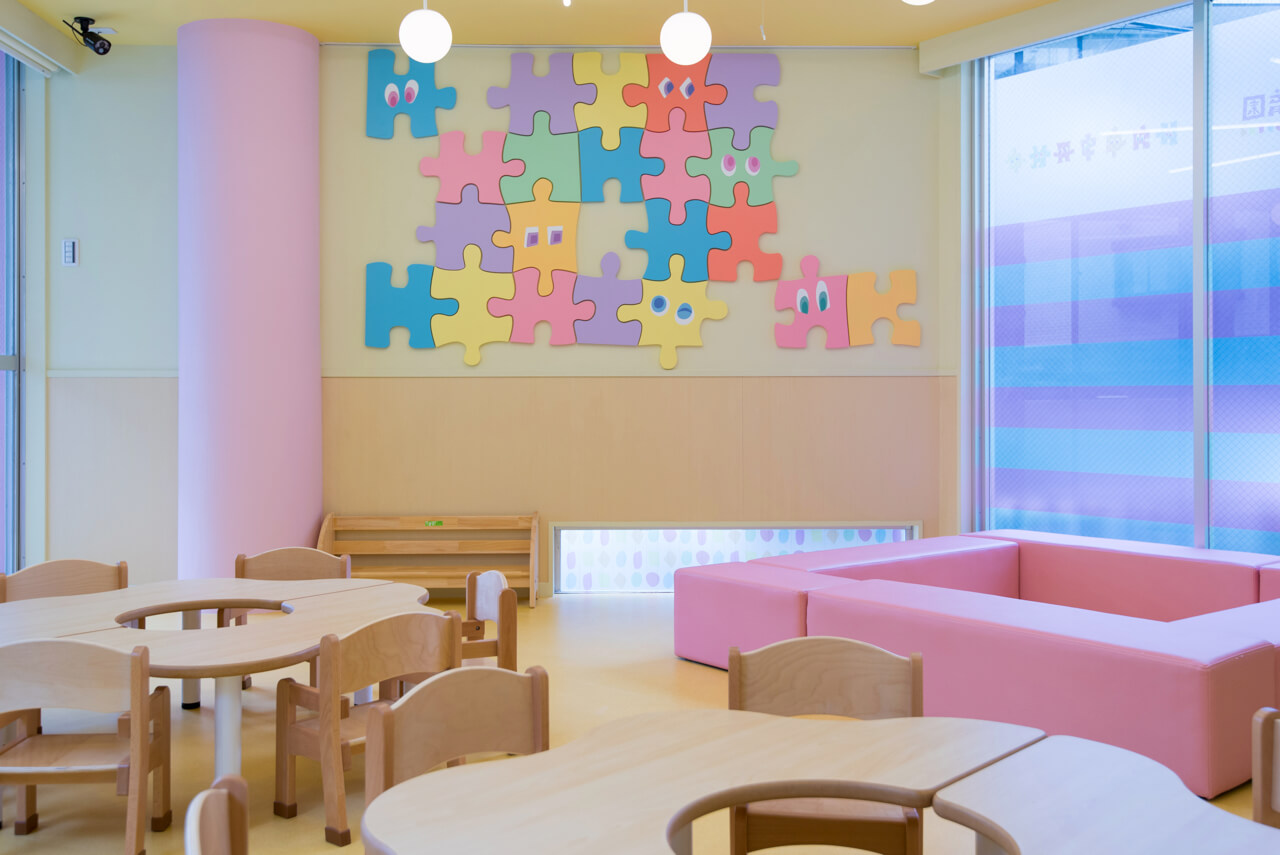 A conference and paint event titled “HAPPY WALL PROJECT” were held on June 16 to celebrate the nursery’s opening. Those associated with the nursery as well as local residents came together to help paint the outside wall at the entrance which served to help strengthen communal ties in the area.

The nursery was established by Edulead―who manage 7 nurseries throughout Tokyo, Saitama and Kanagawa conceived around the idea of “building the stories of the future”―and ASOBISYSTEM, a company that promotes Harajuku culture to the world including fashion, music and lifestyle. It was created as a way to aid in the Cabinet Office’s efforts to eliminate nursery school waiting lists. In addition to ASOBISYSTEM employees, it hopes to begin recruiting a wide range of people, including local residents and businesses, as a means to contribute to work activity in the area. 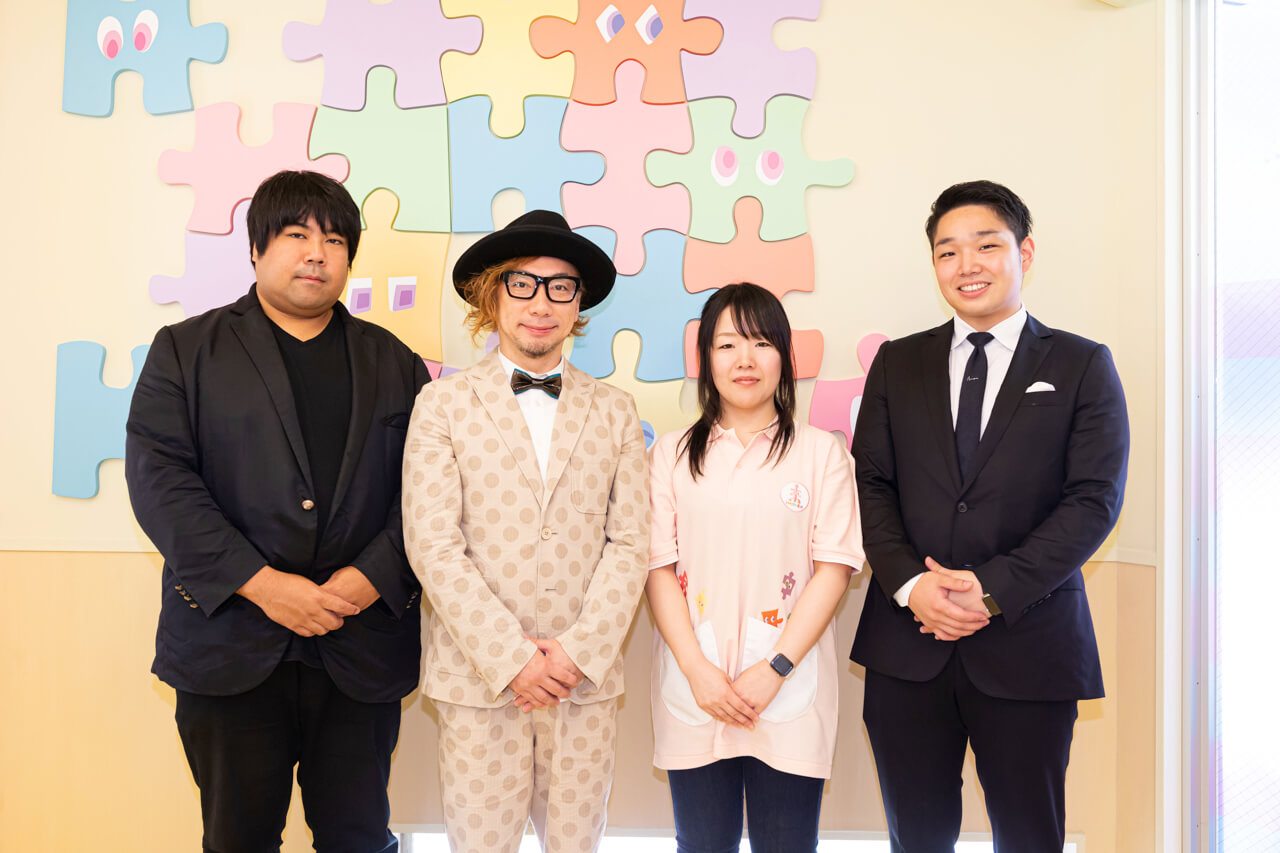 The representatives of each company spoke about their aspirations for the facility. Shobu Kikuchi (Edulead) said: “The name of the nursery, Mirai no Piece Hoikuchi, signifies a desire to grow healthily  in a colourful world, and the wish for it to be a place that respects the individuality and diversity of the children.”

Yusuke Nakagawa (ASOBISYSTEM) commented: “We normally manage artists and models, but we want to express our strength in entertainment in a new light. We’re a company that promotes the growth of Harajuku culture, so I want to contribute to the growth of children in a way that is rooted in the streets of Harajuku.” 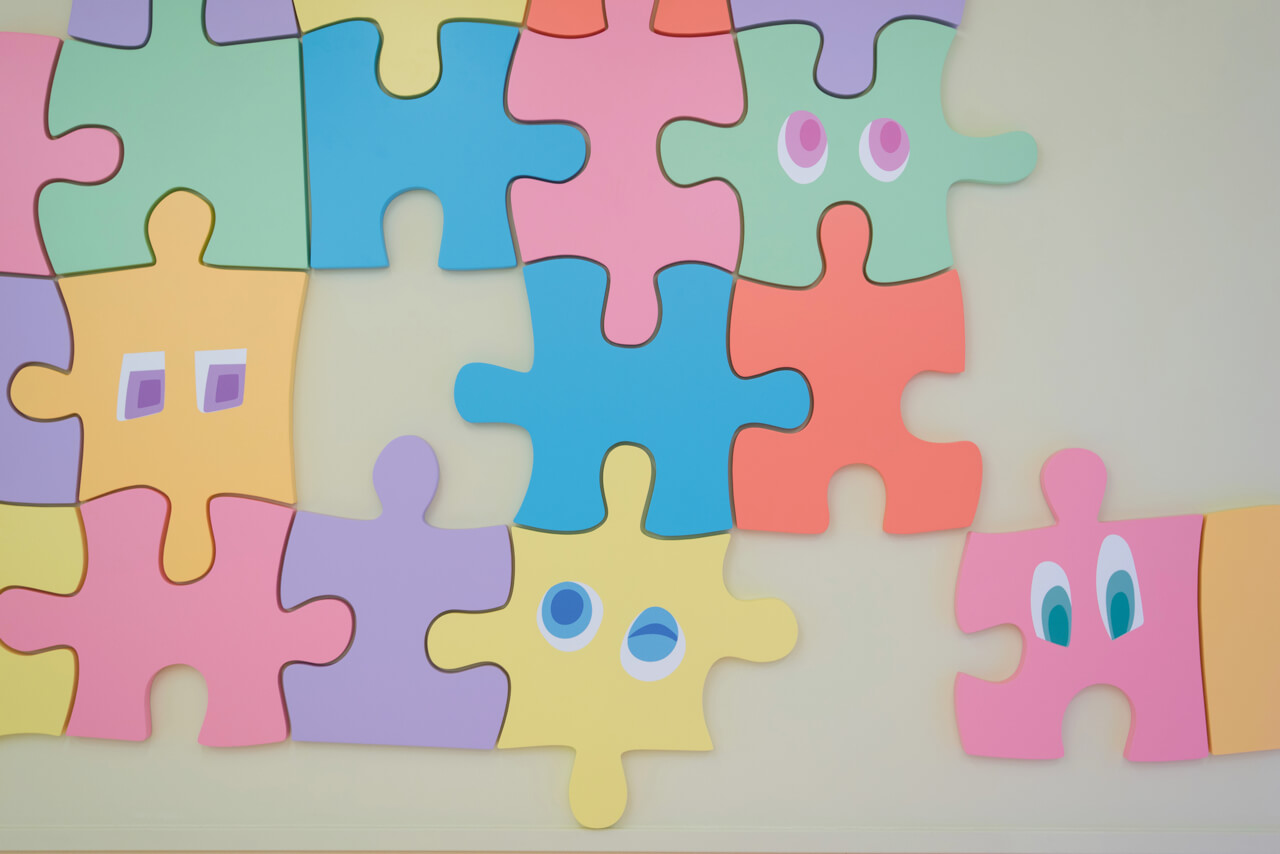 The designs and visuals for the facility are produced by Sebastian Masuda, a Japanese artist signed to ASOBISYSTEM who is active internationally and helps spread Harajuku’s kawaii culture around the world.

The building’s exterior design takes advantage of Masuda’s former architecture and features a unicorn called Unikyun who watches over the nursery. It also features original puzzle piece characters called Puzzoo who all live together. There are seven unique Puzzoos like the colours of the rainbow each of which is used as a symbol for each class in the nursery. The building’s interior is also decorated in pastel colours to catch the eyes and stir the curiosities of the children.

Speaking about his thoughts on the design, Masuda comments: “As the name [of the nursery] suggests, the children are the pieces of the future. Puzzle pieces are the motif. I want them to be raised in a colourful environment so they never forget how exciting it feels to wear colourful clothes or dye your hair a different colour. I too am personally putting a great effort into international exchange and education, and so I am very happy to get to be part of this facility.” 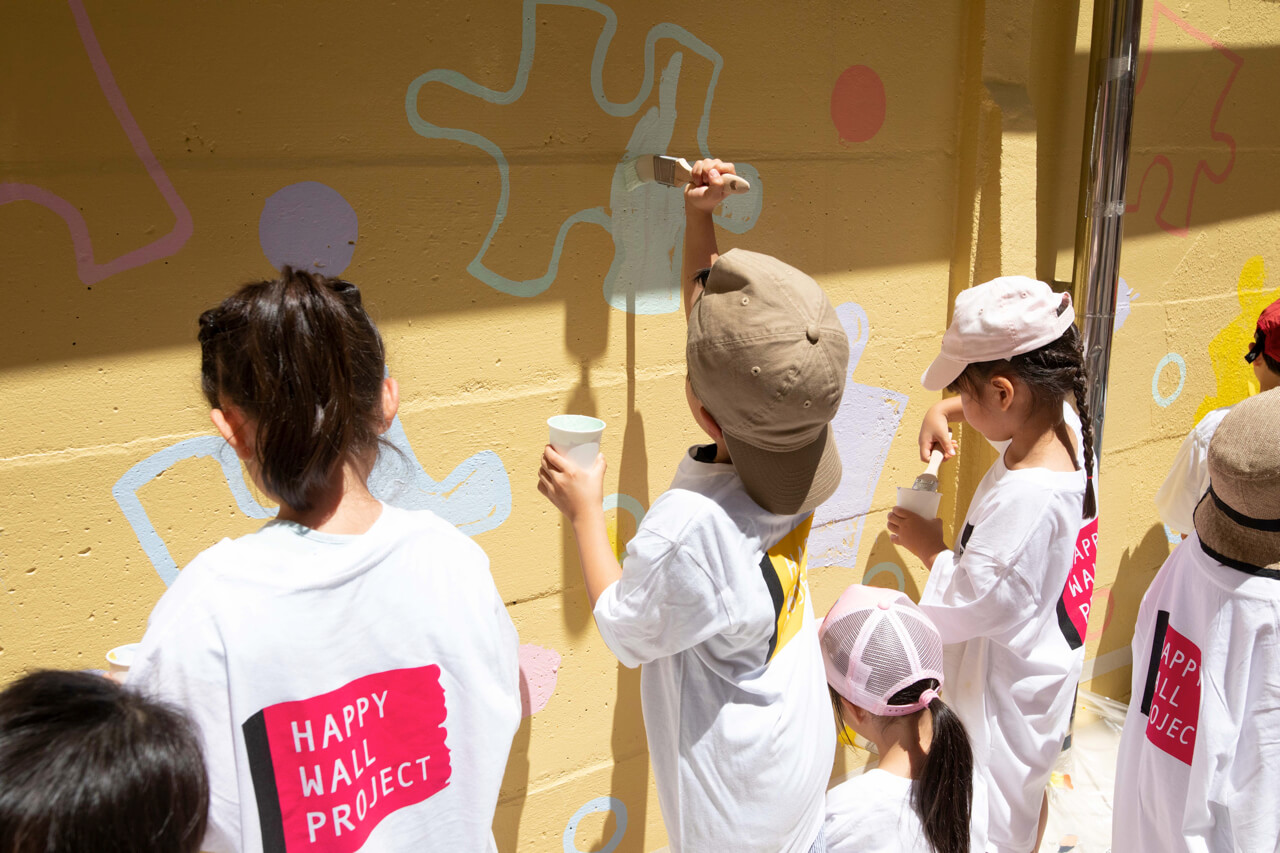 The colourful interior decor is painted with ROOMBLOOM AirBreeze by Nippon Paint Holdings which was developed to protect the health of children when painting.

The HAPPY WALL PROJECT saw the children and nursery associates coming together with paints and brushes to draw and colour Pazzoos. The atmosphere was mirthful under a sky so blue one forgot it was the rainy season. The childrens’ paint work with the odourless paint didn’t stop at the wall however―they extended their efforts to wooden boards, paper cups and more. Everybody had smiles on their faces as they got involved. 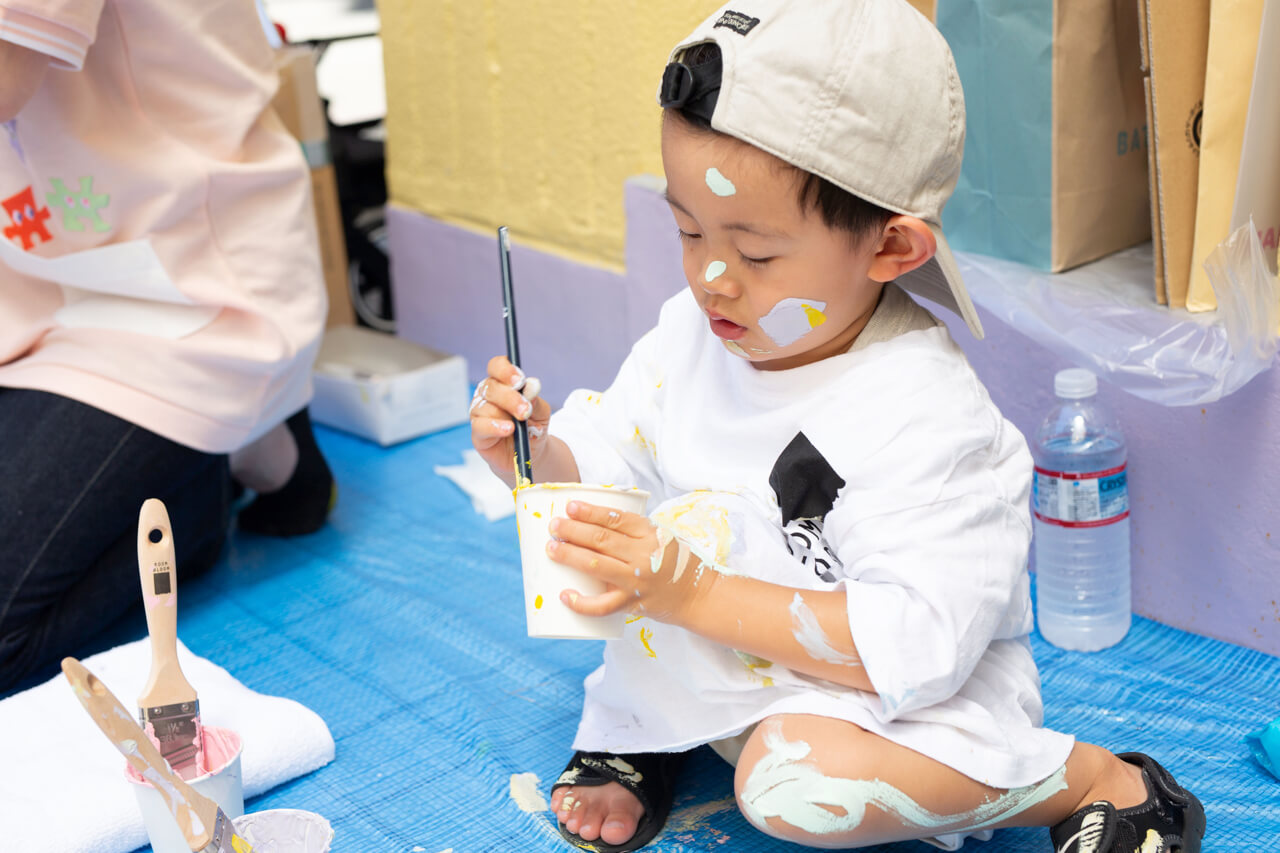 Many discussions and issues have arisen through the ages surrounding child rearing, whether it’s the coexistence of work life and raising a child, school nursery waiting lists, both parents being involved in the raising of their child, and so on. Mirai no Piece Hoikusho takes advantage of the strengths of both companies involved and delivers both hard and soft child rearing. Edulead, who develop nurseries in that are the only one of their kind and fit with their local communities, and ASOBISYSTEM, who will continue to promote the local culture, are set to contribute to the area with this new establishment and give the children a bright and colourful future.