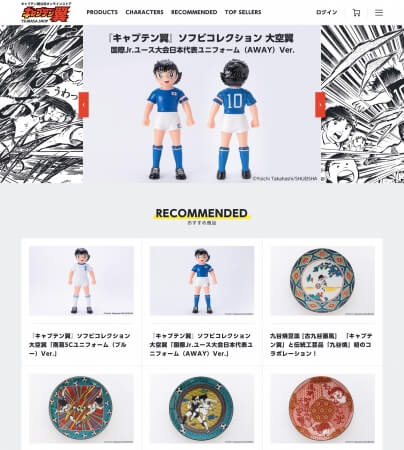 The store list includes everything from authentic and traditional made-in-Japan items such as soft vinyl toys, Kutani porcelain ware and hand towels, as well as high quality clothing and more. And to celebrate, the website will choose five lucky customers to receive a card signed by Yōichi Takahashi.

The website has plans to greatly expand its stock with new items, so if you’re a Captain Tsubasa fan, be sure to check it out.