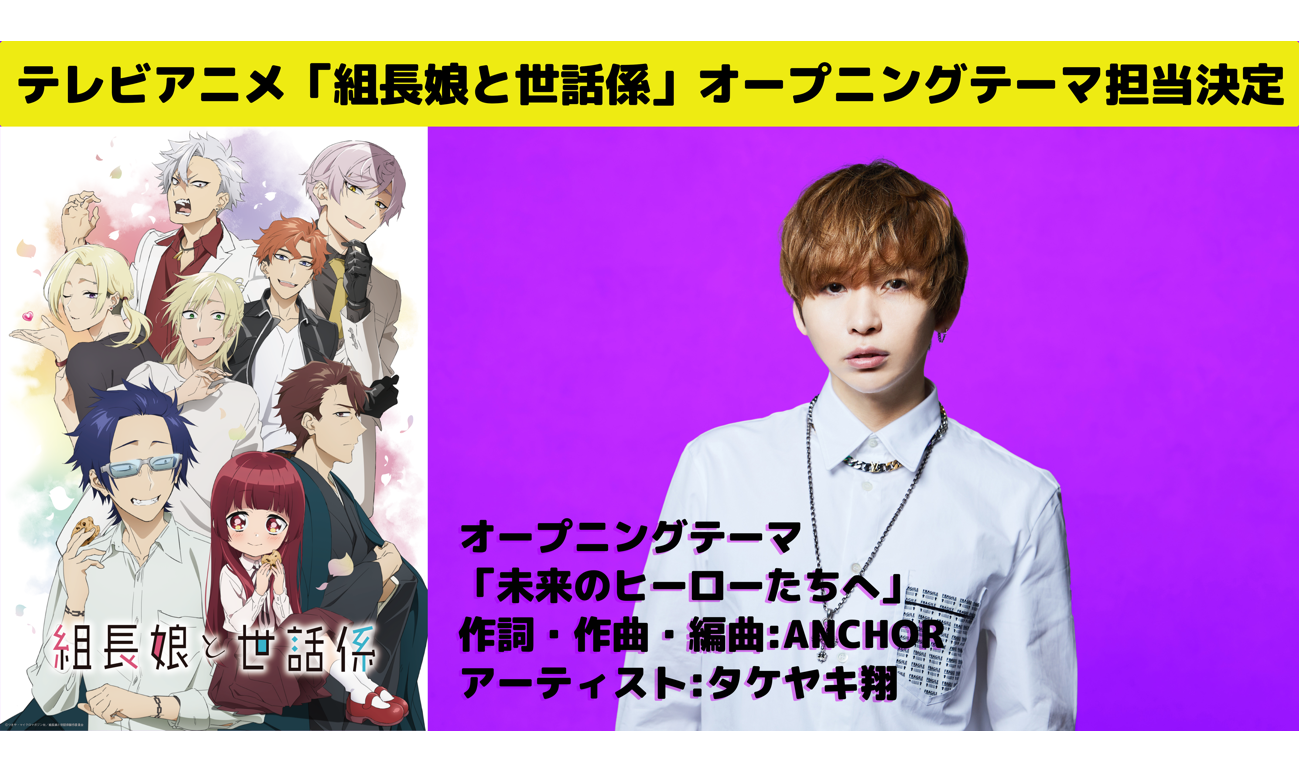 Sho Takeyaki has been chosen to sing the opening theme song for The Yakuza’s Guide to Babysitting! The anime series will premiere July 7, 2022. Takeyaki, a popular Osaka-based video creator debuting in 2013, has nearly 2 million subscribers. The track is titled Mirai no Hero Tachi e (To Tomorrow’s Heroes), and this is the first time the singer is performing an anime theme song.

The music was produced by ANCHOR, an up-and-coming creator who has provided and produced music for numerous anime series, voice actors, and games. Takeyaki’s high voice really shines in this fast-paced rock tune that perfectly fits the content of the anime series.

You can hear a part of the opening theme in the second trailer for the series, so check it out!

The Yakuza’s Guide to Babysitting Trailer #2

“I’m Sho Takeyaki, and I’m in charge of the theme song for The Yakuza’s Guide to Babysitting! I’ve always loved manga and anime, and I so happy to contribute to an anime series for the first time. It’s surreal to see the characters moving to my music. This is a series that I’m familiar with, so I’m insanely excited. The song is meant to be refreshing and fit the show perfectly, so please enjoy the song along with the anime!”

The Yakuza’s Guide to Babysitting